Jacob Landau was practically born as an artist.  He began drawing by the age of three and he began studying at the Graphic Sketch Club when he was twelve.  When he was 17 his illustrations for Kipling’s Jungle Book won a Scholastic Magazine competition (which he won the next year as well).

After graduating at the top of his high school class, Landau attended the University of the Arts in his hometown of Philadelphia (where because of his already-developed skill he was allowed to skip the beginners’ classes).  He then spent several years in New York City before being drafted into the Army, where he continued to work as an artist.

Following the war, Landau continued his studies at the New School for Social Research.  He then moved to Paris to study at L’académie Julian (as did artists Haïm Kern, Edda Renouf, Marcel Duchamp’s brother Jacques Villon, the social realist George Biddle, John Steuart Curry, the pivotal Jean Arp, George Elmer Brown, the great master Stanley William Hayter, and so many other talented artists of his time).  He also studied at L’académie de la Grande Chaumière.  While in Paris, Landau met Leonard Baskin, who was then fresh from his studies with the Uruguayan-American woodcut artist Antonio Frasconi.  Baskin lived with Landau and his family in Paris for several months; caught up in Baskin’s enthusiasm for woodcuts, Landau quickly adopted the technique.

Like many visionary artists, Landau was a teacher.  He spent three years at the Philadelphia College of Art and then in 1957 joined the faculty at the Pratt Institute, where he would remain for more than 20 years.  He was widely regarded as an innovative, perceptive, and highly gifted teacher, as devoted to teaching as he was to creating.

In 1974 Landau was elected into the National Academy of Design as an Associate member and became a full Academician in 1979.

Ignoring the mid-century mass migration of artists to the worlds of abstraction and minimalism, Landau delved deep into the human condition.  Profoundly impacted by his experiences living through the Great Depression and the Holocaust, Landau’s art communicates his consciousness of humankind’s predicament, its beauty and its horror, and the self-inflicted human turmoil of the 20th century.  He often drew from biblical or literary sources, presenting unpleasant topics in a way that emphasized the unlimited possibilities of peace and greater understanding.  Existential philosopher Walter Kauffman described Landau’s work as “unmistakenly modern and at the same time in the tradition of Goya and Blake.”

Landau’s works can be found in the permanent collections of the Library of Congress, the Museum of Modern Art, the National Gallery of Art, the Smithsonian American Art Museum, and many other important museums. 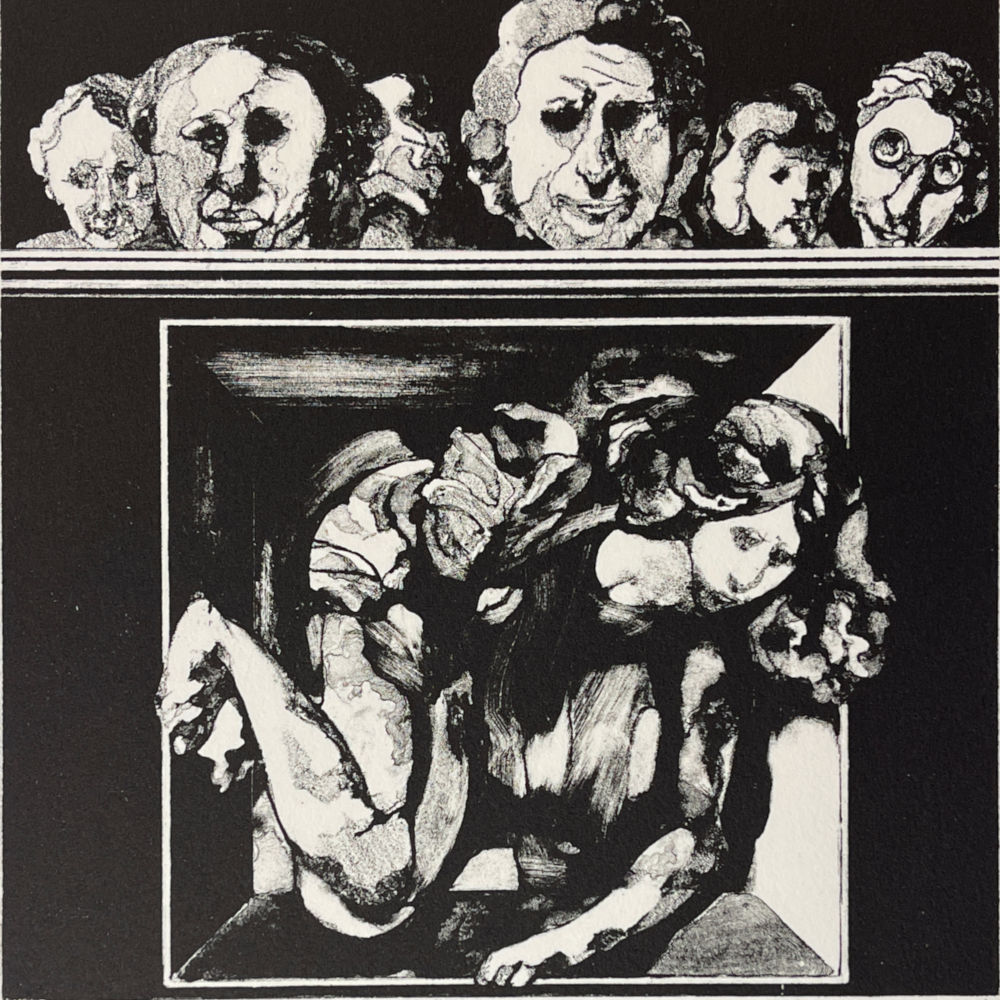