Haïm Kern was born in 1930 in Leipzig but his family fled the Nazis when he was three years old, settling in Paris. After completing his primary and secondary schooling, he studied at the École Nationale Supérieure des Beaux-Arts.  He also studied at L’Academie de la Grande Chaumie’re and L’Academie Julian.

Kern was one of five artist chosen by the French government in 1988 to commemorate the 80th anniversary of the 1918 Armistice.  Kern created a 1.6 ton sculpture titled, “They did not choose their burial”.  Astonishingly, in 2014 the work was stolen.  The thieves, unaware of the symbolic significance of the sculpture, cut the work apart to sell the metal for scrap.

While working in the atelier of George Visat, He developed a new approach to engraving and in 1971, he received an award to study contemporary engraving techniques in Geneva. 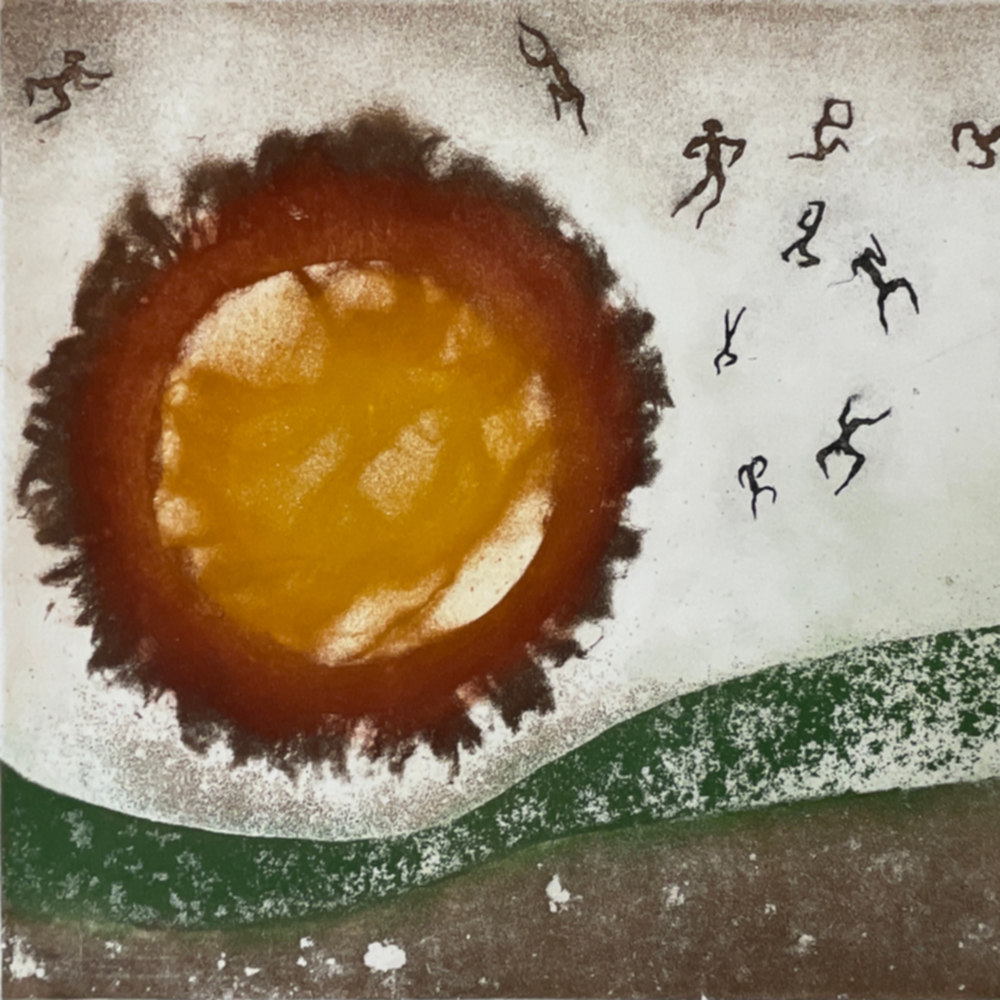