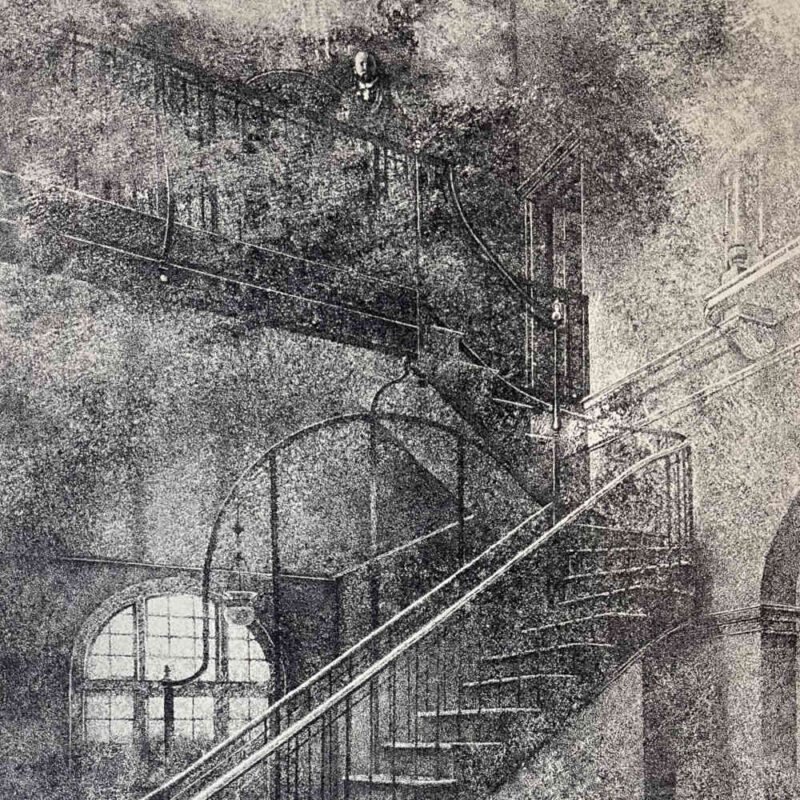 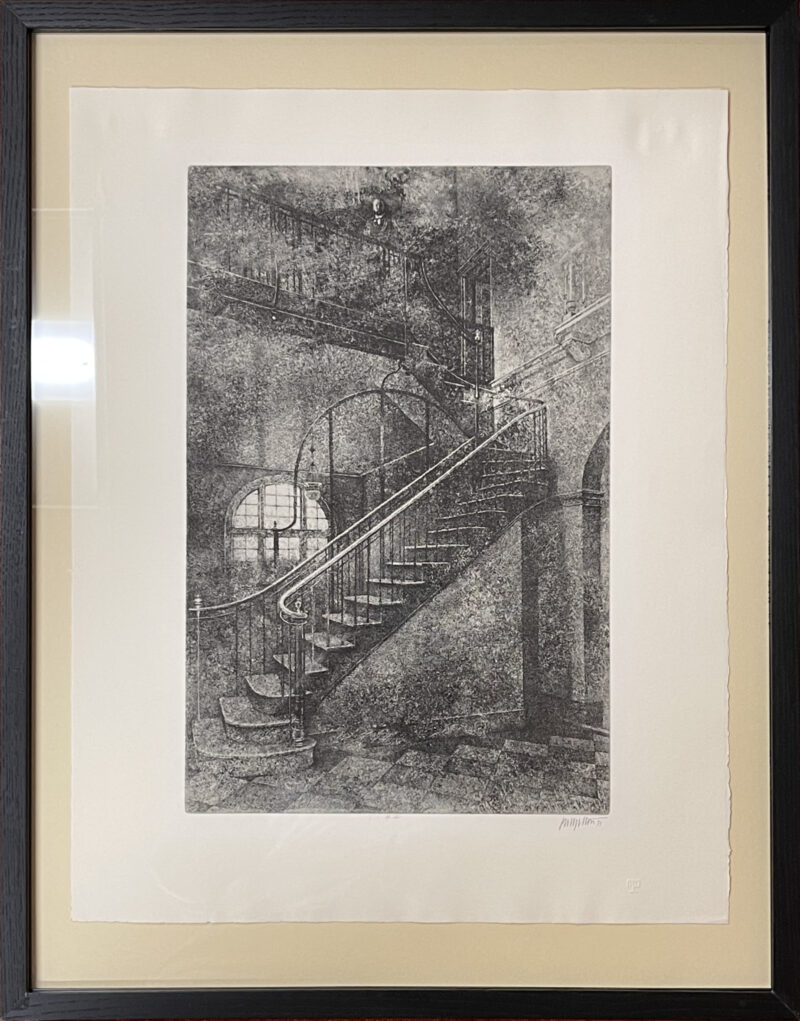 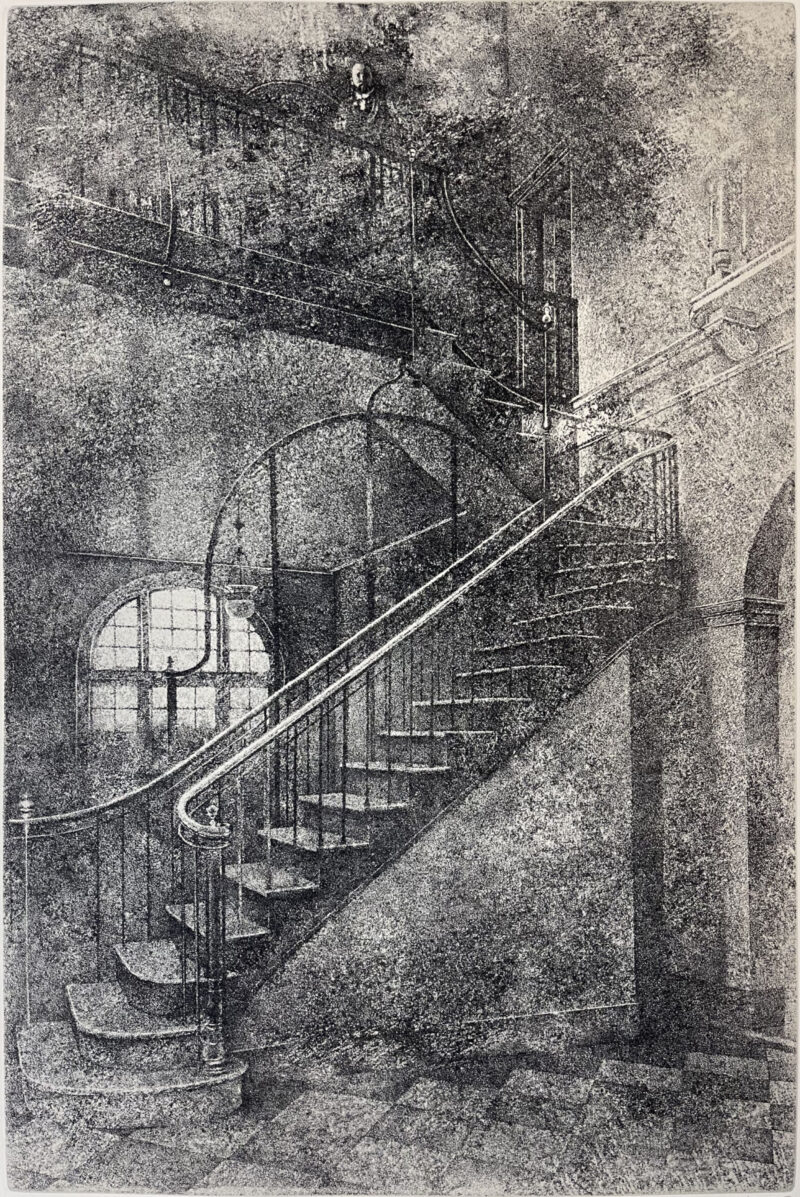 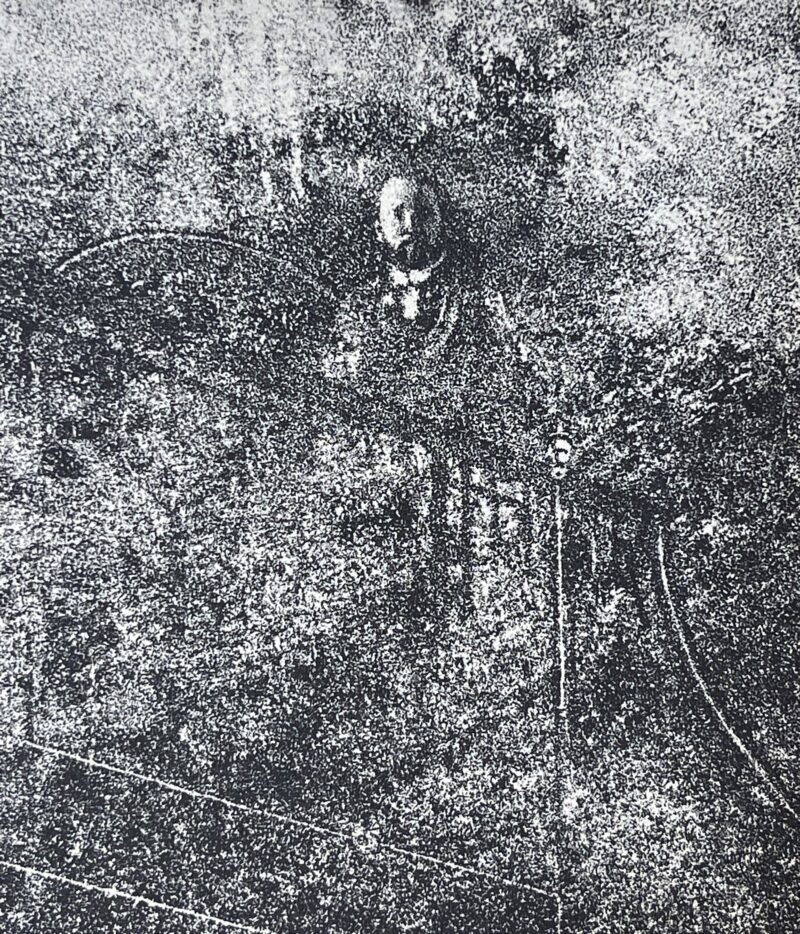 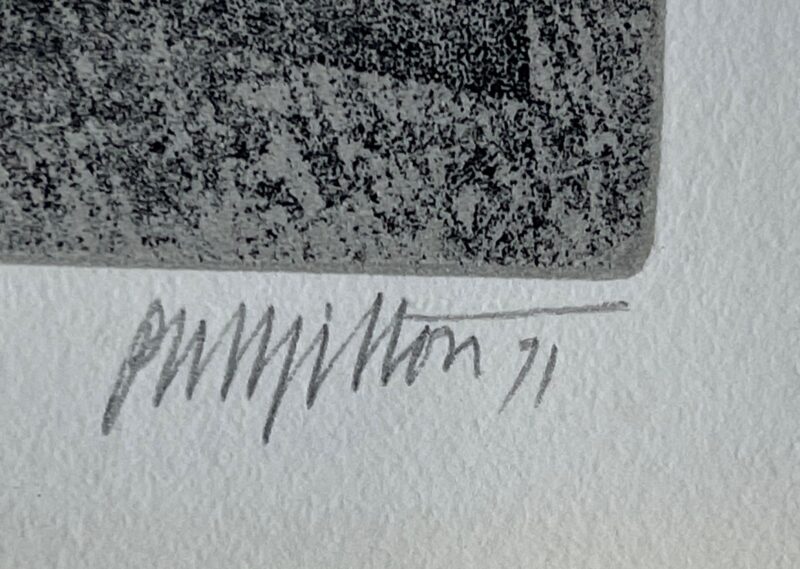 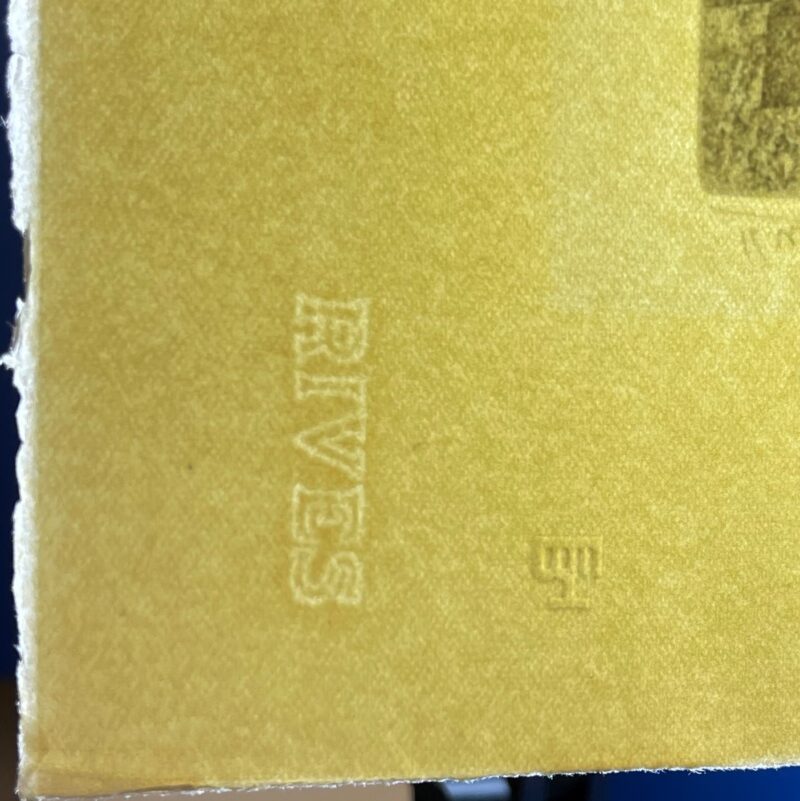 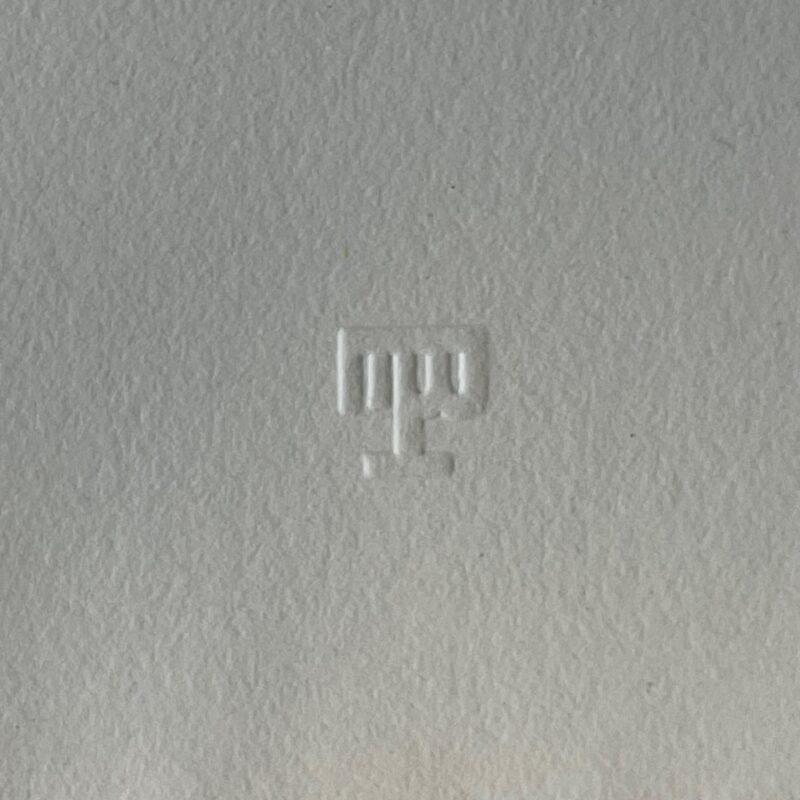 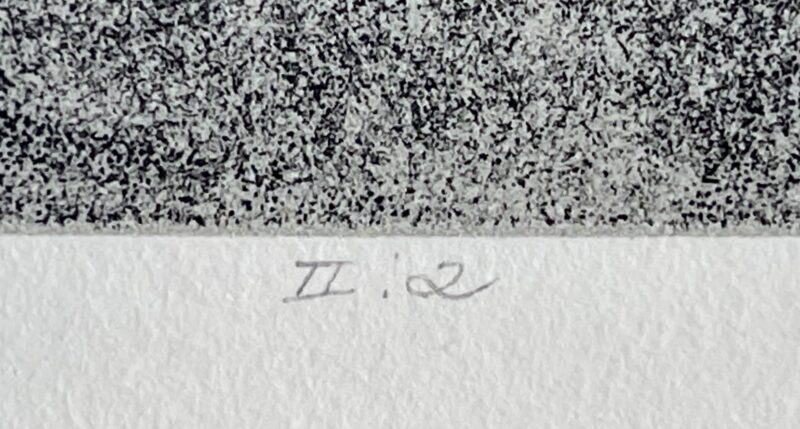 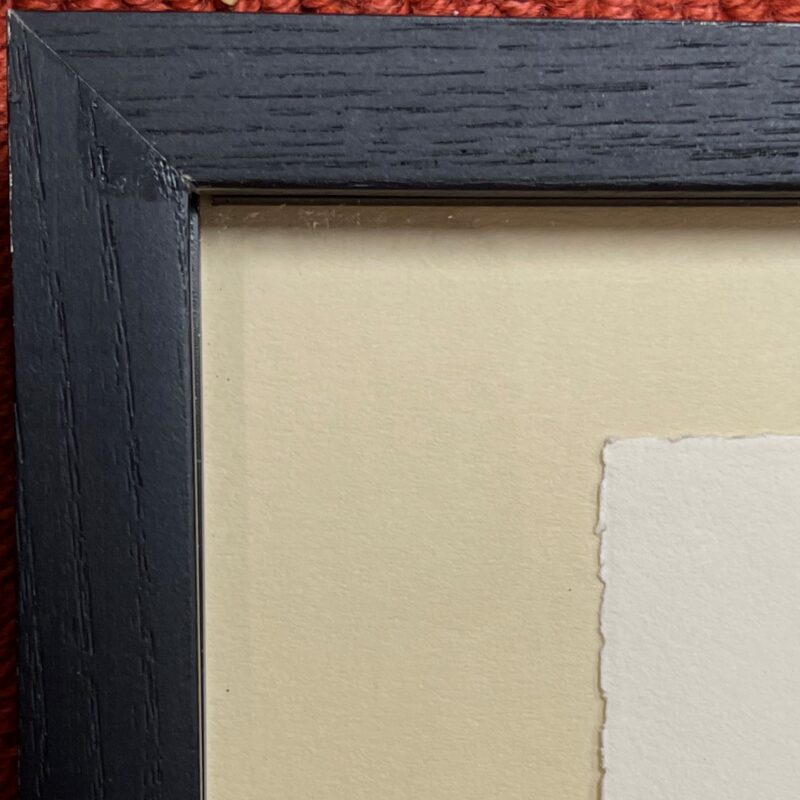 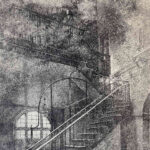 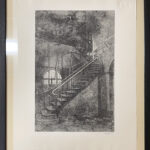 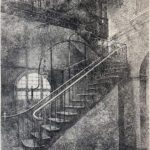 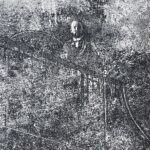 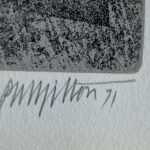 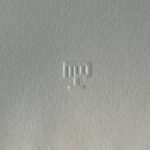 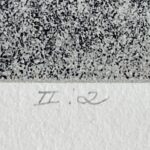 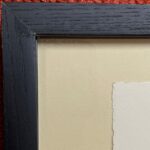 Peter Milton is one of the foremost printmakers working in the United States today. Since the 1960s, his artistic output has increased and evolved, as has the phenomenal imagery and complex techniques he employs.

Much of Milton’s work is inspired by the writings of Henry James. Indeed, in this case, The Jolly Corner borrows its title from the title of the 1908 short story by Henry James.

In James’ short story, Spencer Brydon returns to New York City after thirty-three years abroad. He has returned to look at his properties, one of which is his boyhood home on “the jolly corner,” which have been the source of his income since the deaths of his family. Spencer discovers that he is good at directing renovations, despite never having done such work before, suggesting he he has an innate ability for business hiding deep within him.  He becomes deeply unsettled by his business acumen, because he views matters of business to be vulgar. Nevertheless, his discovery of this previously unknown skill causes him to begin to wonder who he would have been if he had remained in the U.S. He starts to prowl the house at night to try to meet his American alter ego—the ghost of the man he might have been—whom he begins to believe is haunting the house. After a harrowing night of pursuit in the house, Brydon finally confronts the ghost, who advances on him and overpowers him in a rage—at which point Spencer awakens. (Or has he arrived in the afterlife?)

Please note that we offer two copies of this print.  Both are from the same resist-ground etching and engraving from a steel-faced copper plate.  This copy is from the primary edition of 150 which was printed on Rives paper for the Jolly Corner portfolio.  This copy is float-framed (meaning it sits on top of matboard with the edges visible) so that you can see the beautiful deckled edges of the paper.  It is signed and titled (“II:2”).  The second copy is from an additional special edition of 90 which was printed on Arches Cover paper. It is also signed and titled (“II:2”) but it is also editioned (“2/90”).