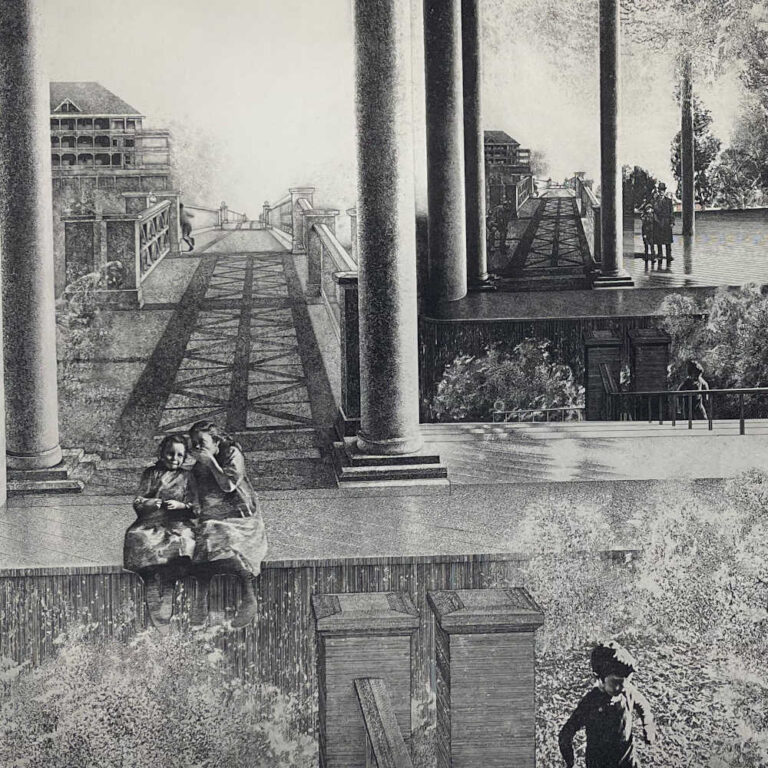 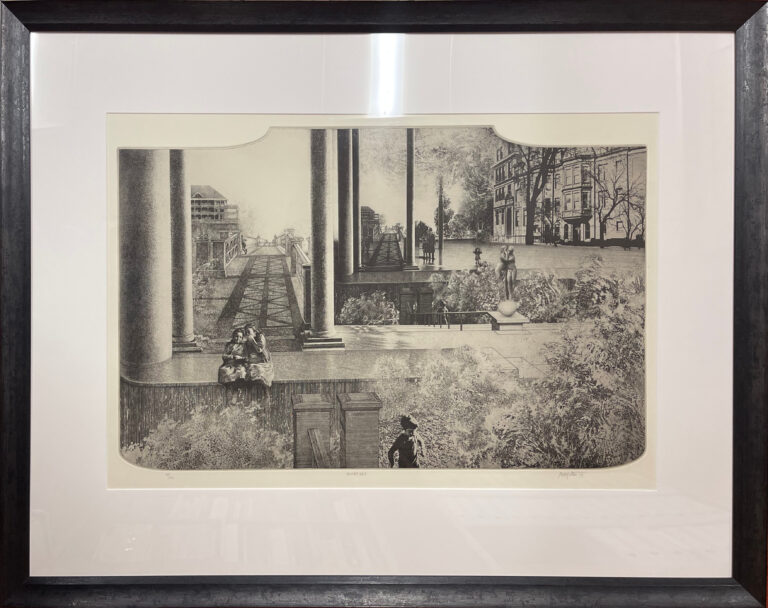 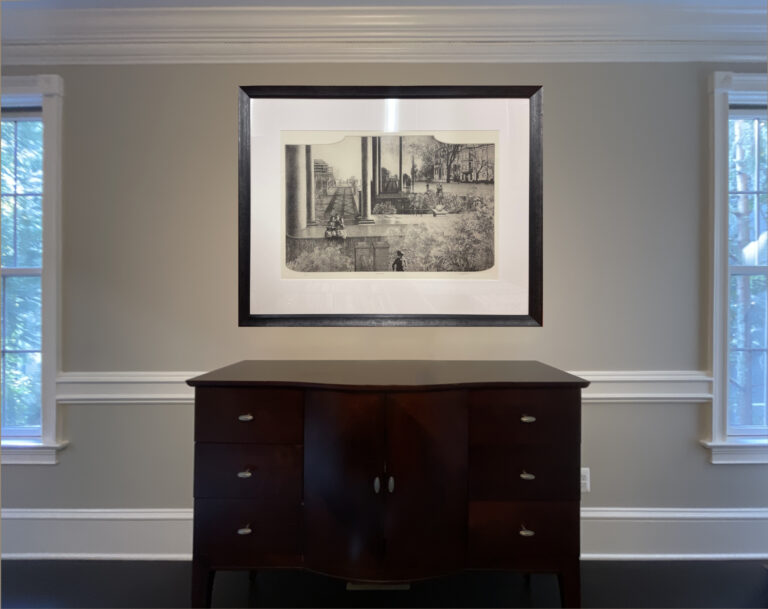 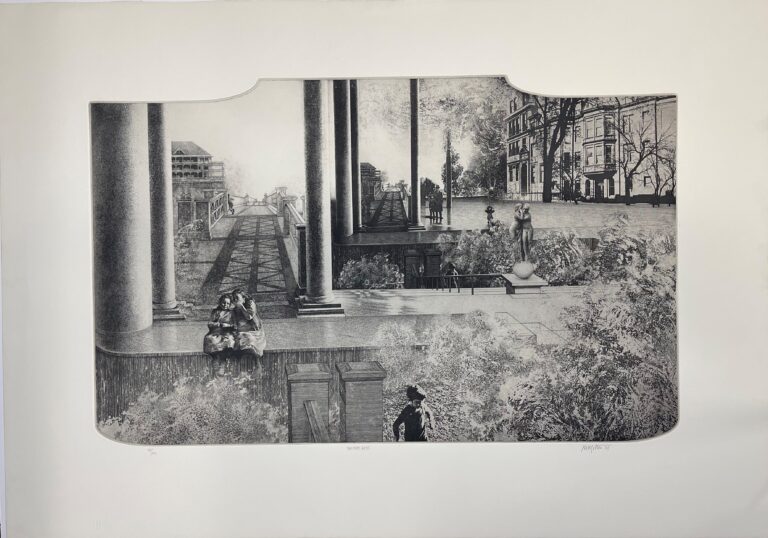 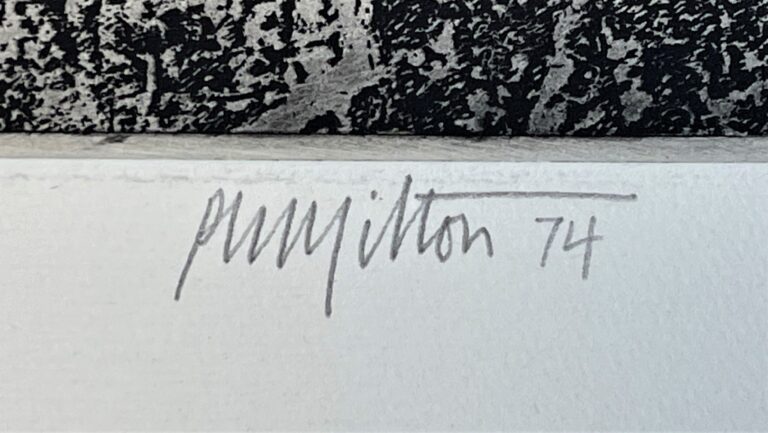 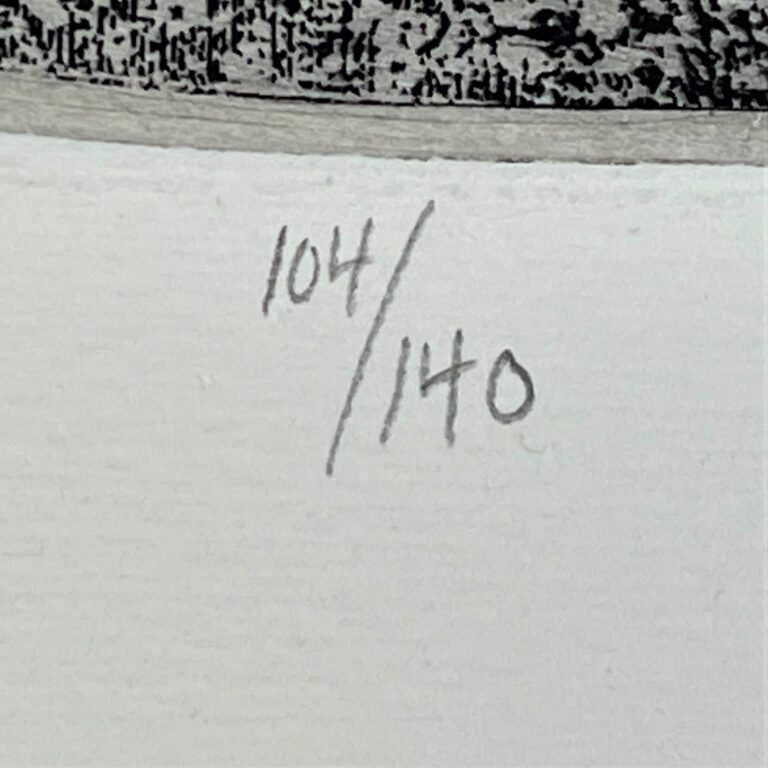 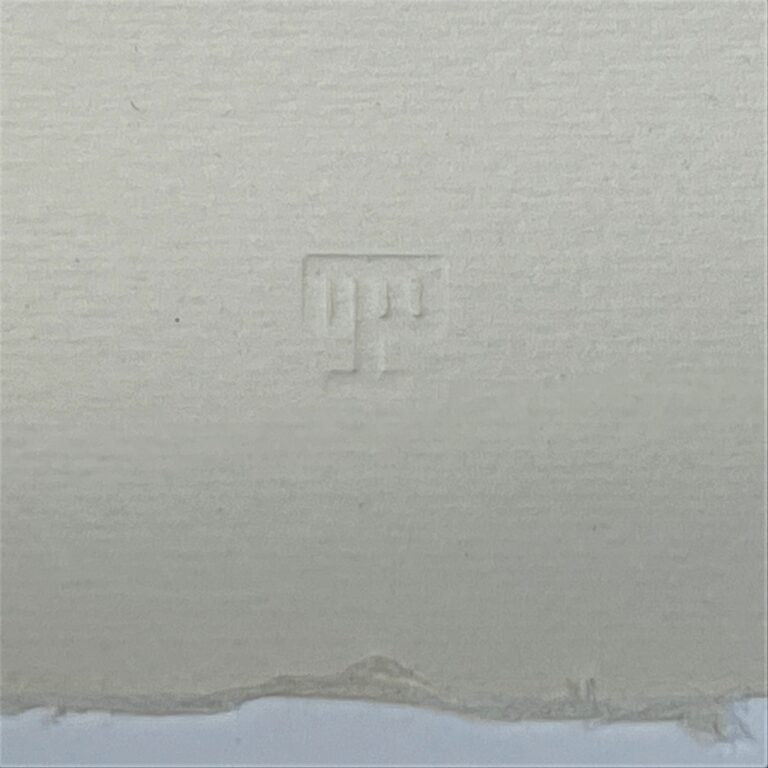 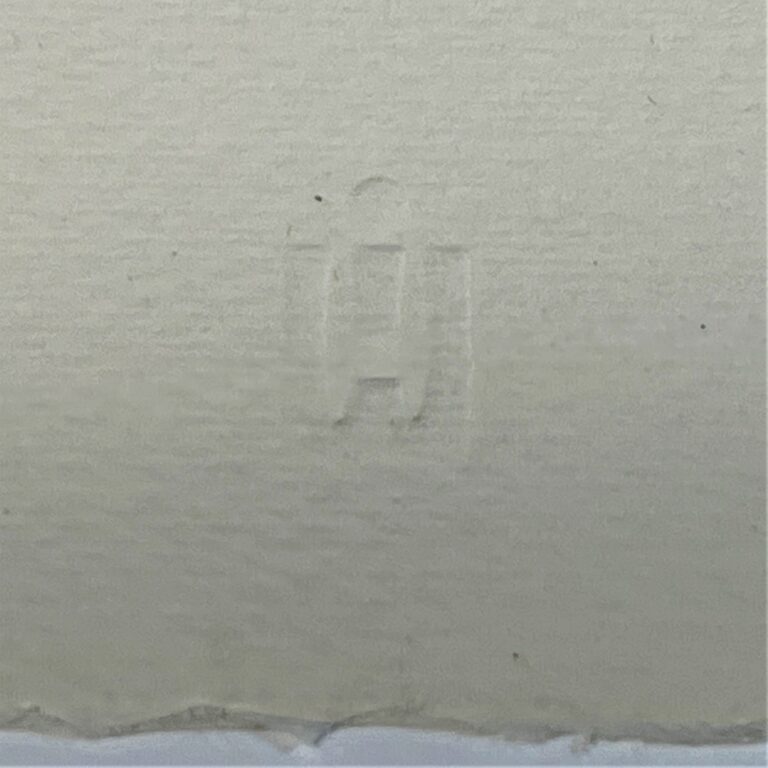 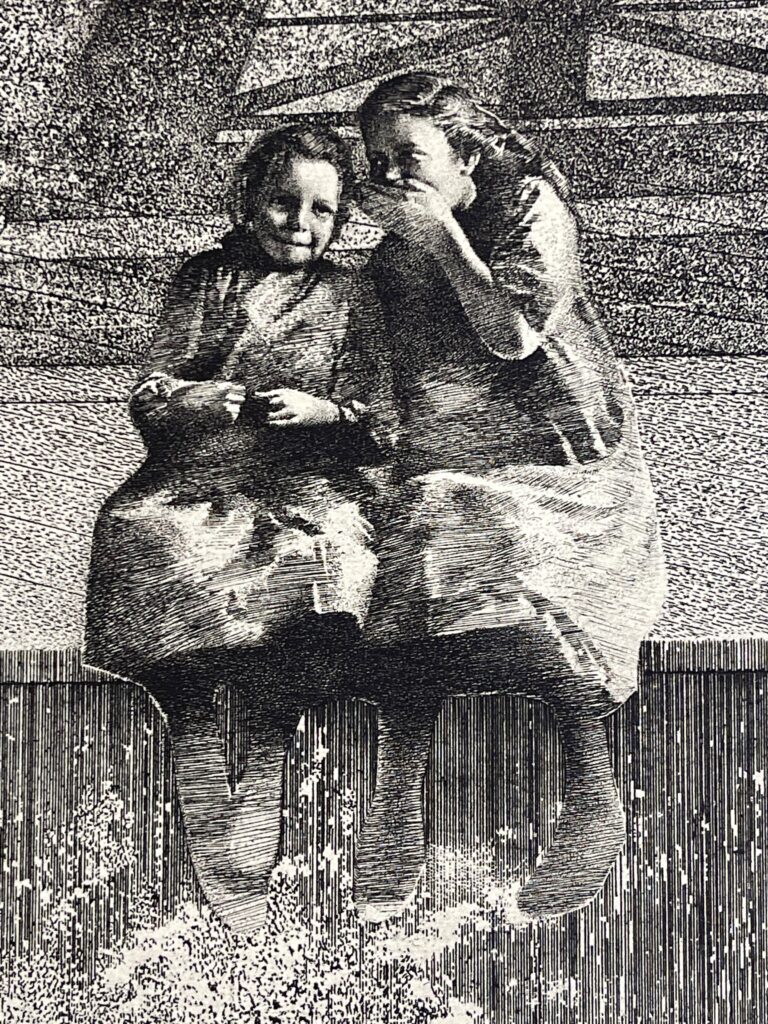 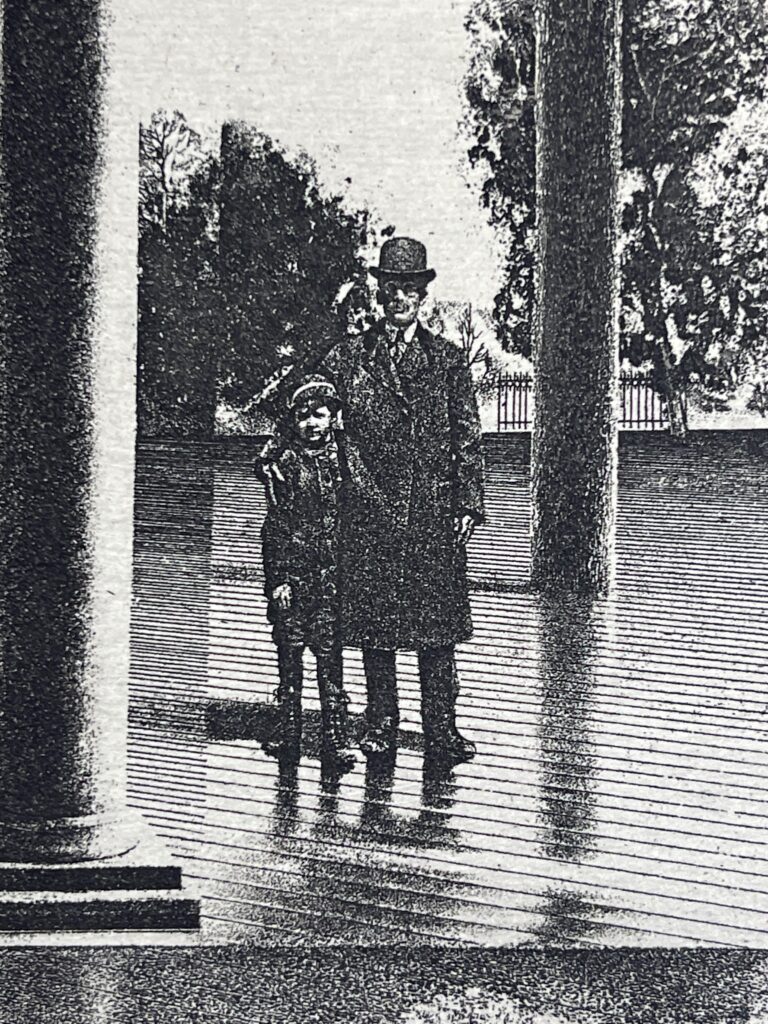 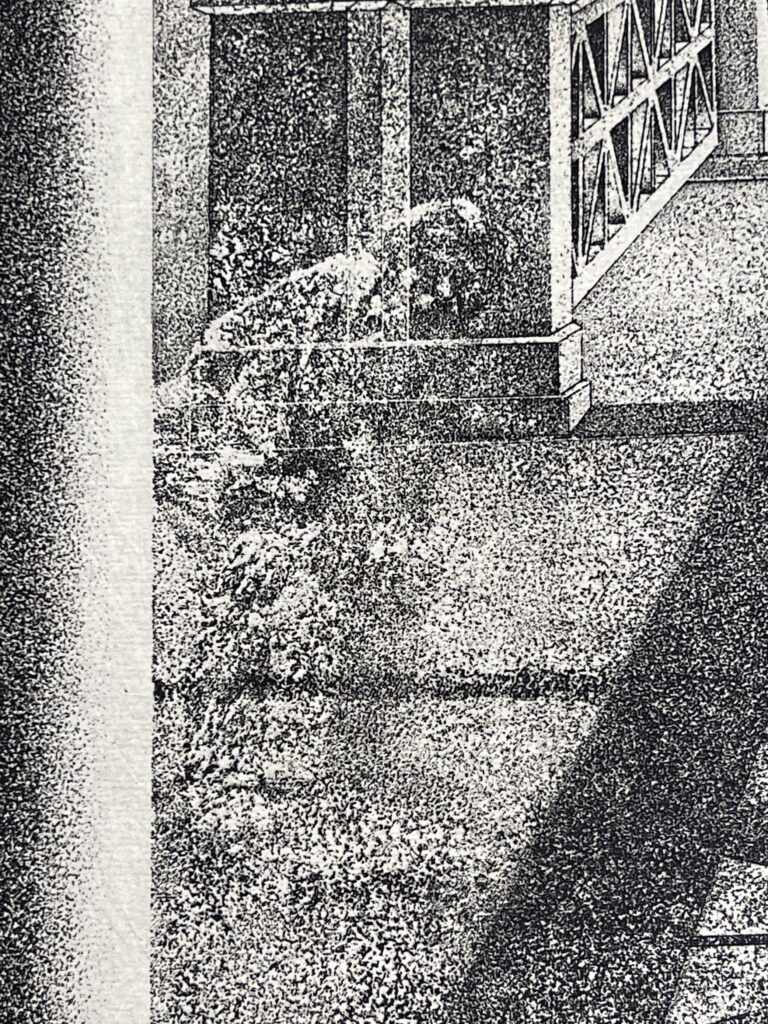 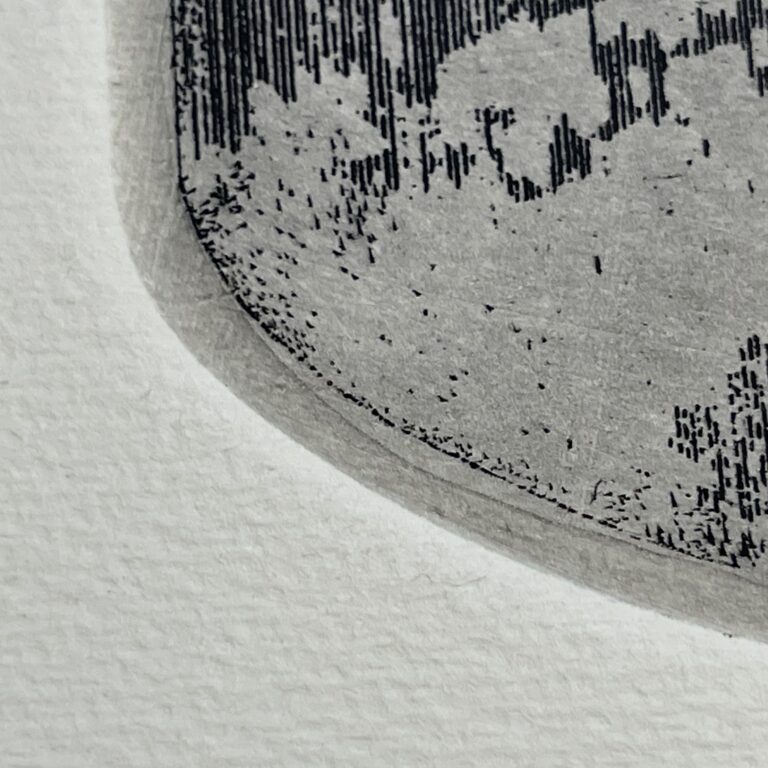 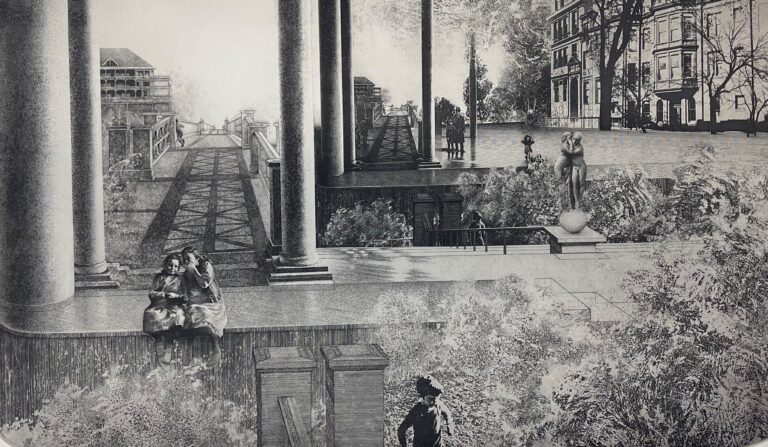 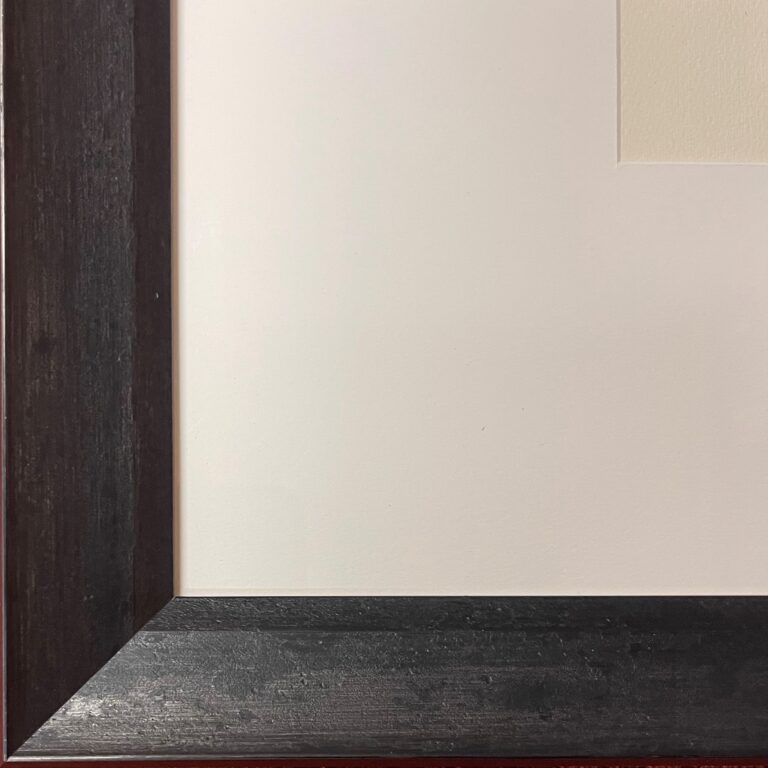 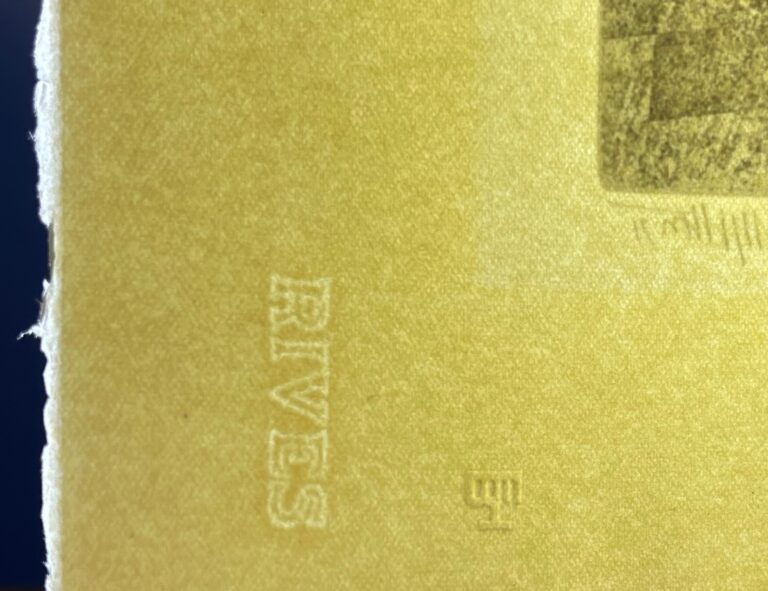 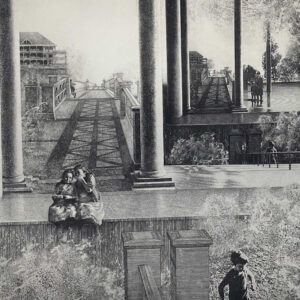 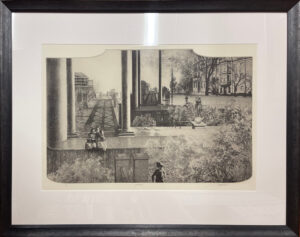 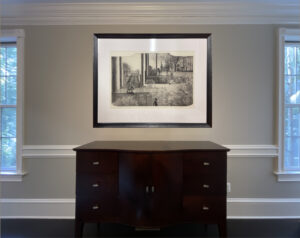 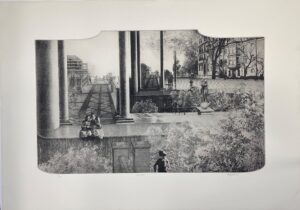 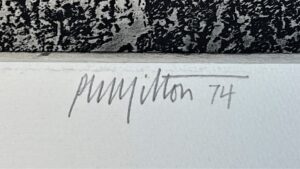 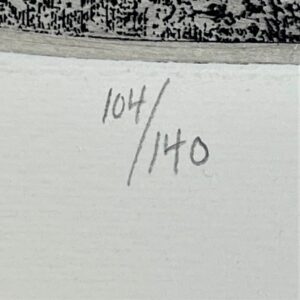 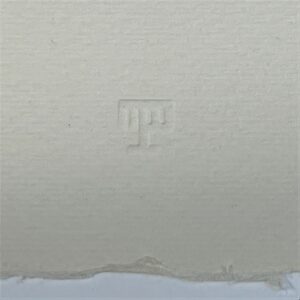 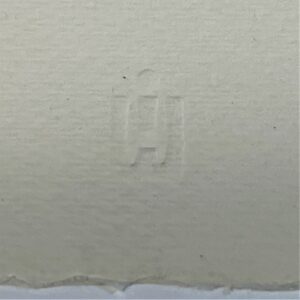 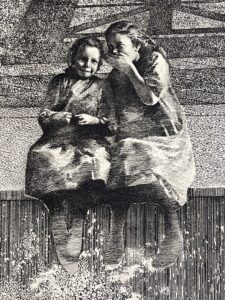 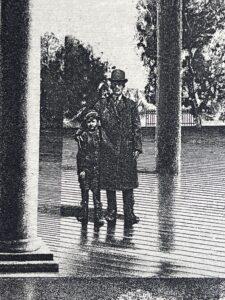 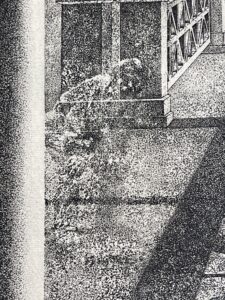 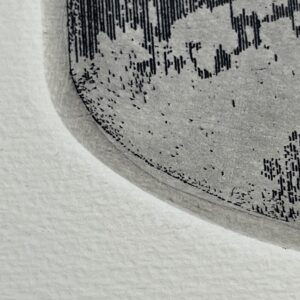 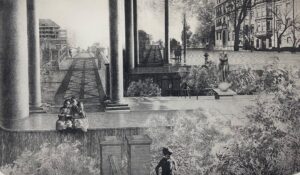 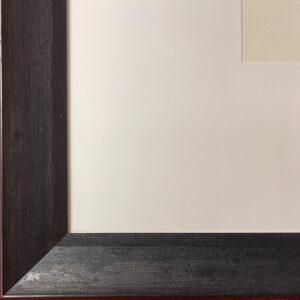 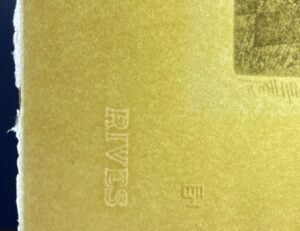 Peter Milton has been described as “the most proficient etcher in the United States”, and this work was completed in 1974 when the artist had reached his greatest maturity. His technical proficiency in etching and engraving is obvious from his ability to create shaded, lifelike images and a sense of mystery in a medium which is certainly conducive to those traits but takes perhaps more readily to a wooden and flat image of the sort never found in Milton’s work.

Milton is famous not for his technical virtuosity—though few rival him in that regard—but for the artistry of his work. There is much to be said about Milton’s creativity (and much has been said in the voluminous literature by and about Peter Milton), but we get a glimpse of it from Milton’s comment that, “I find my reward in the unexpected pleasures of a surprising and mysterious effect, when all the knowns have finally, magically combined, to produce a completely unknown, magical end.”

That magic is present, both metaphorically in, and in the literal subject matter of, this work. Of great moment in this picture is the ghostly image in the left third of the work, which comes from an altered transfer of Milton’s 1970 work, “Mornings with Judd (Second State)”. The central figures in that work are Milton’s grandfather with one of his sons, who died shortly after the picture was taken. In fact, all three of his sons died, leaving only Milton’s mother. The “Judd” of the title of that work derives from his brother, who never married and was a playful presence in the family (as is suggested in the picture by his leaning forward with hands on knees). At the center of First Gate is the grandfather himself, depicted as a stern upright figure, holding his son to him as if to keep him from running off, perhaps to the playful figure of the uncle in the distance. Milton sees First Gate “as the first mysterious rustlings of adolescence entering the ‘Kinderscenen’ of Mornings with Judd.”