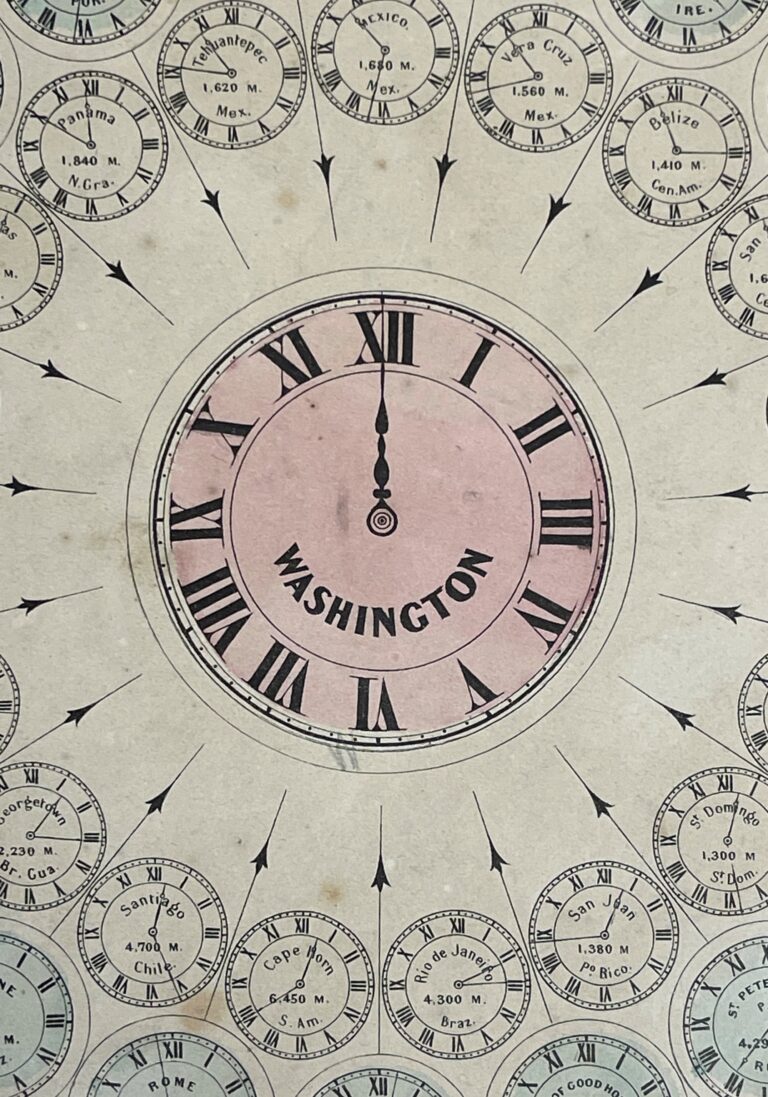 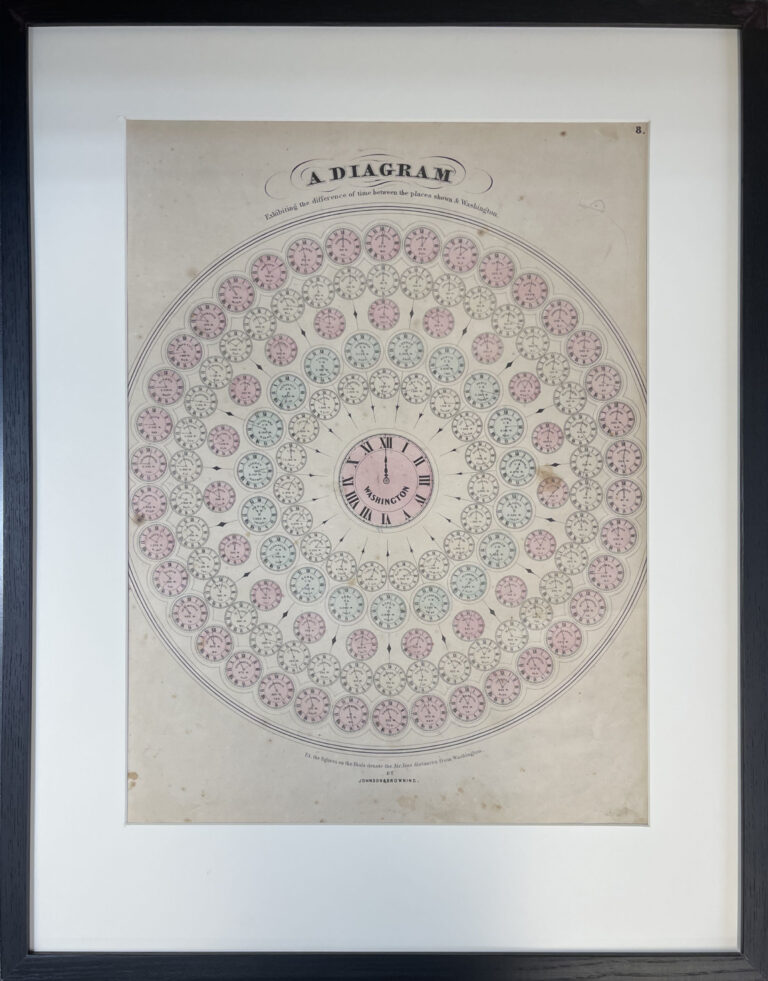 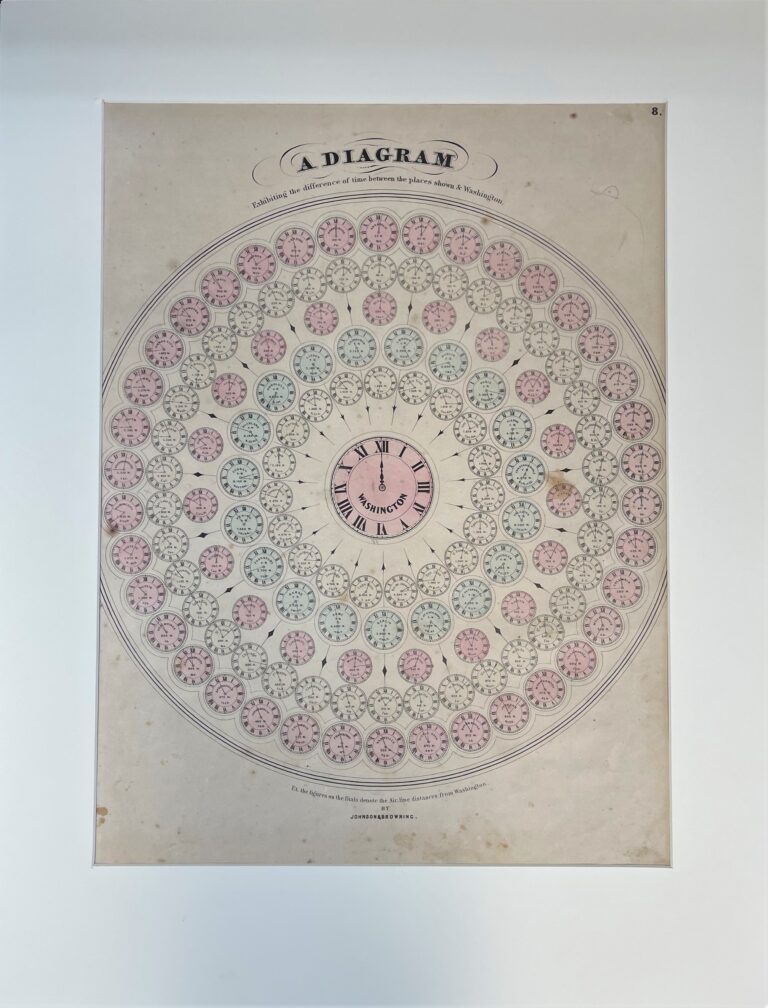 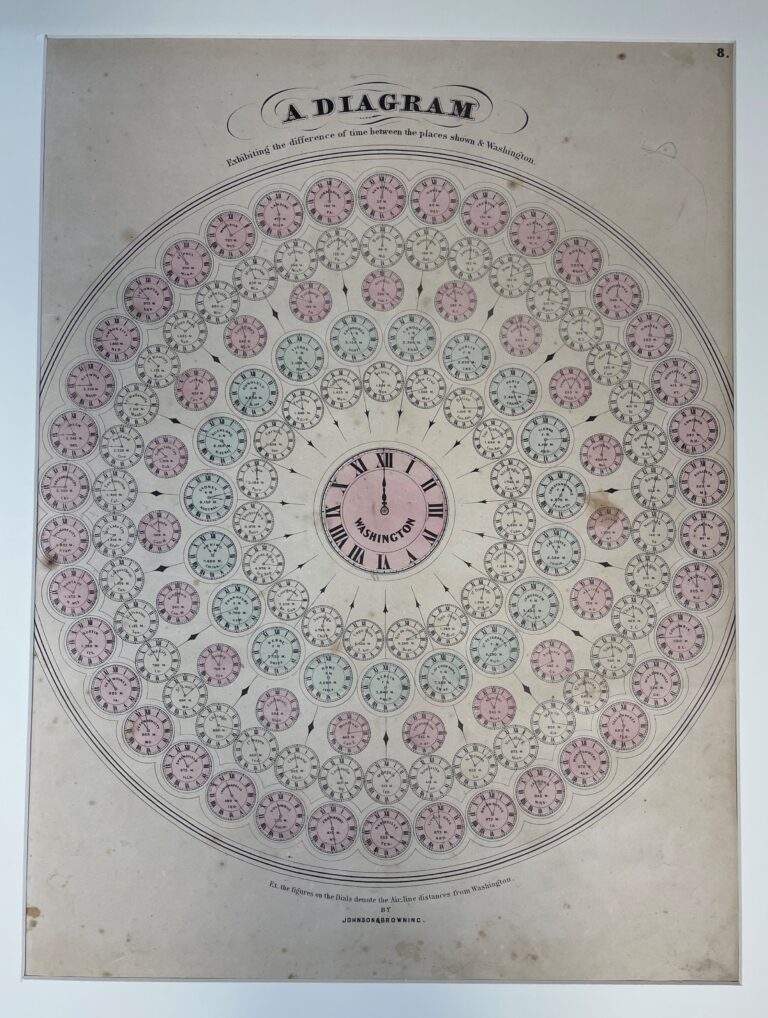 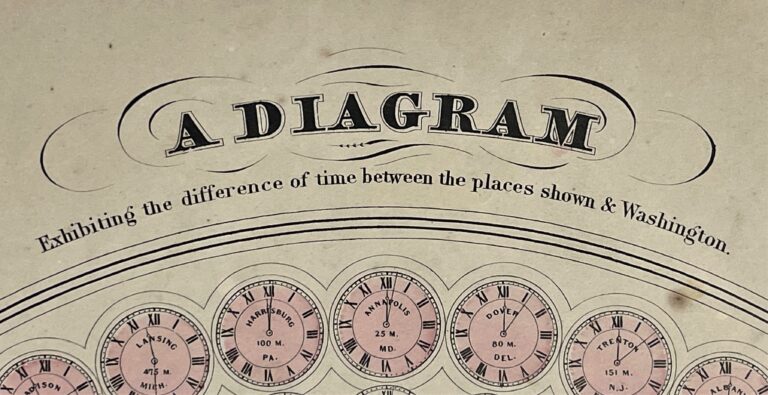 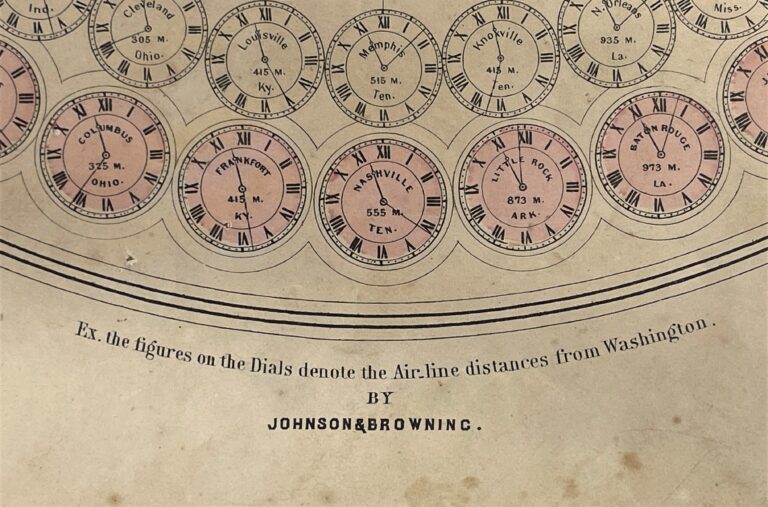 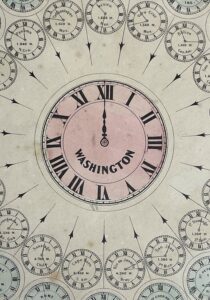 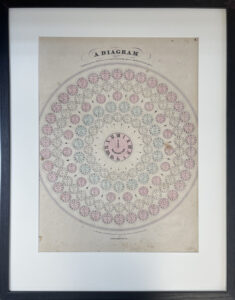 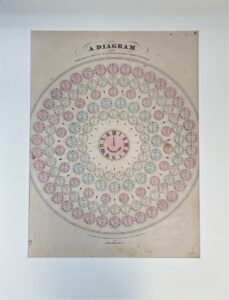 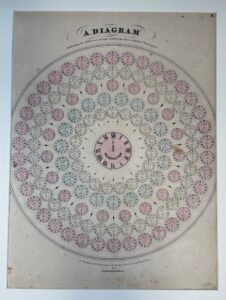 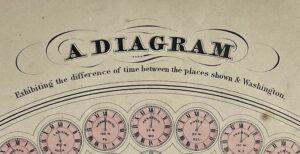 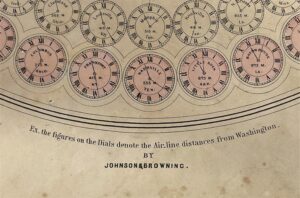 160 years ago, at the outbreak of the American Civil War, the publishing company Johnson and Browning (the successor to J.H. Colton and Company) published A.J. Johnson’s New Illustrated Family Atlas, with Descriptions. This atlas would later be reprinted several times.  A clever feature found in at least one edition:  stubs were bound in so that later changes—particularly new U.S. states joining the union—could be glued in to keep the atlas updated.

The eighth plate in the atlas was this time clock, showing the difference between the time in Washington, D.C., and 133 different places around the world. Thus, for example, the user of this chart would know that if it is noon in Washington it would be twelve minutes after noon in New York.

This time clock was not just a curiosity.  There were at this time no time zones and no sense of what time it was in the far-flung places which, with the advent of railroad, were getting closer and closer.  In fact, it was only a couple of years before this diagram was drawn that the Italian mathematician Quirico Filopanti proposed a global time zone system. And only a couple of years after this diagram was printed, Charles F. Dowd proposed a system of time zones for railroads. Thus, this diagram was addressing an issue of enormous importance as railroad drew the corners of the world closer and closer, making this very old lithograph of great historical interest in addition to being a great curiosity.