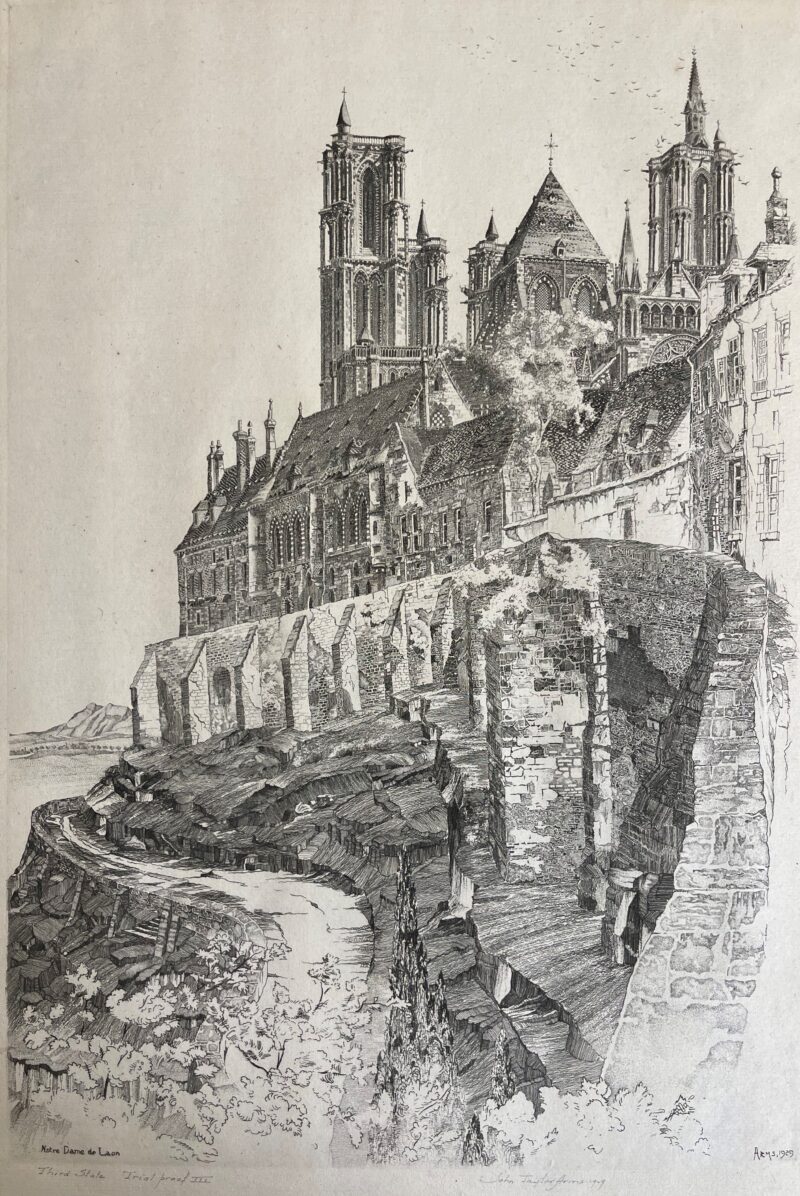 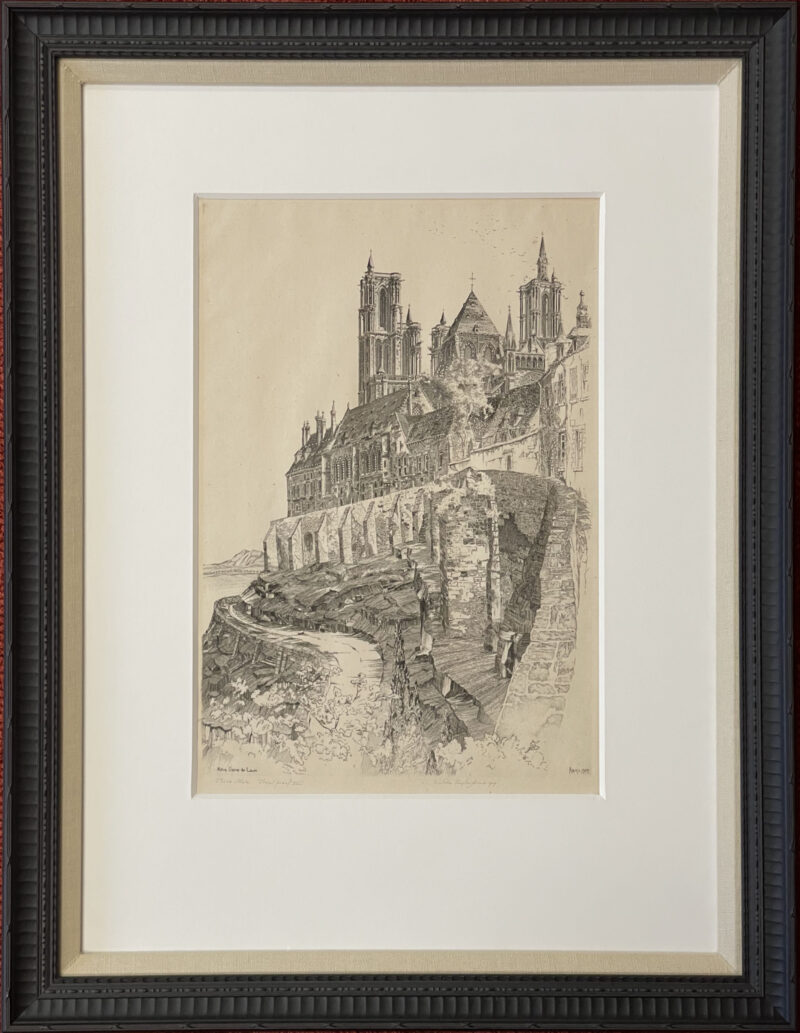 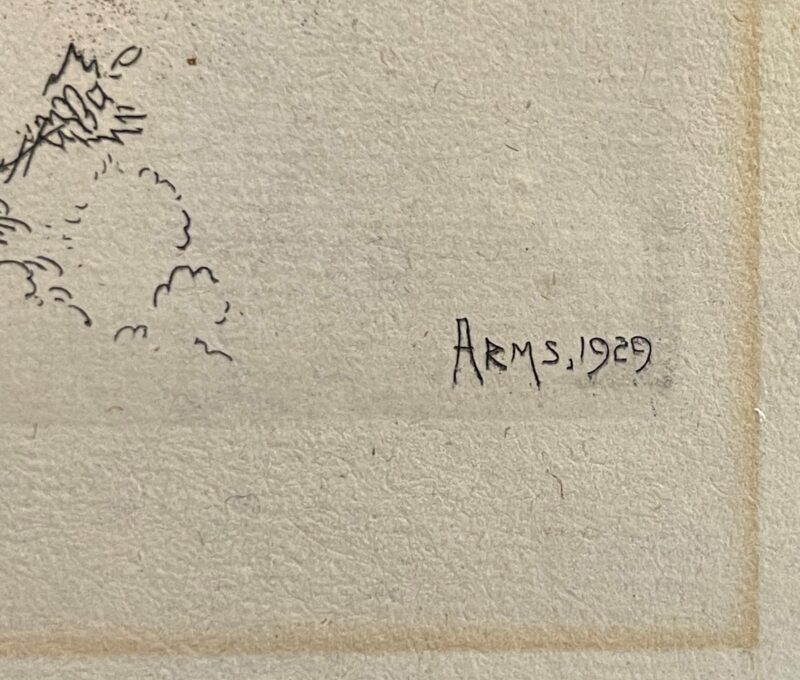 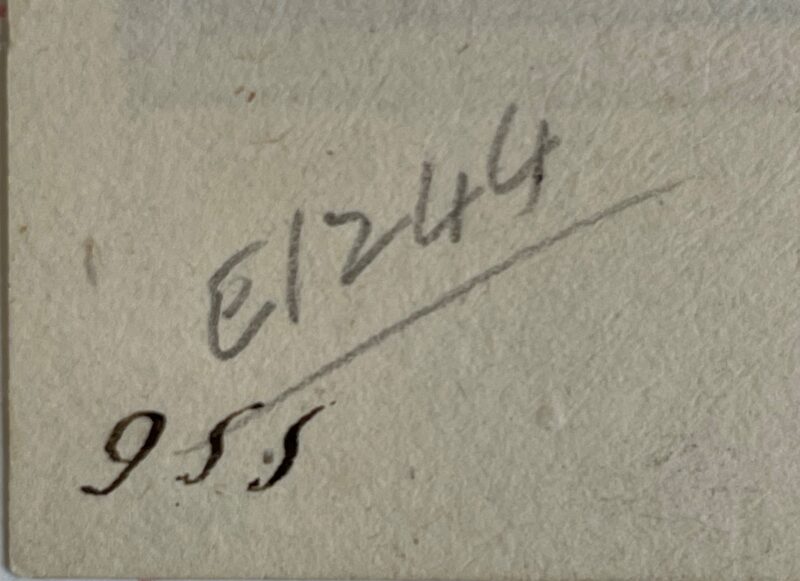 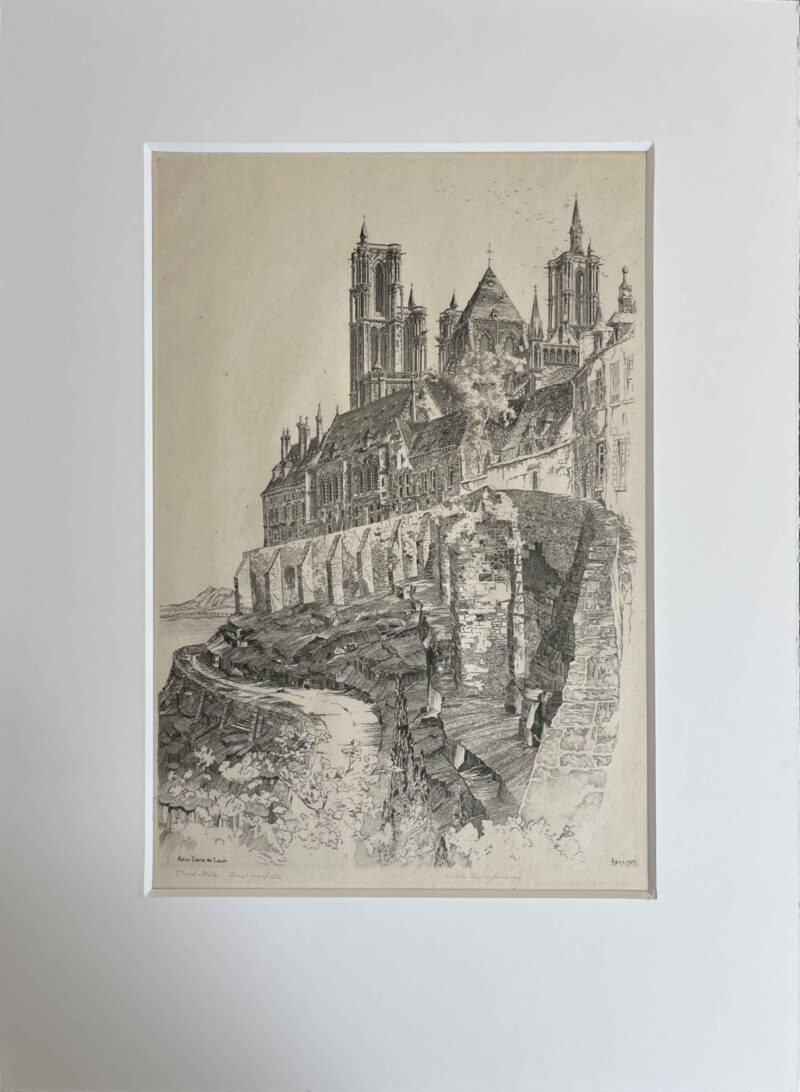 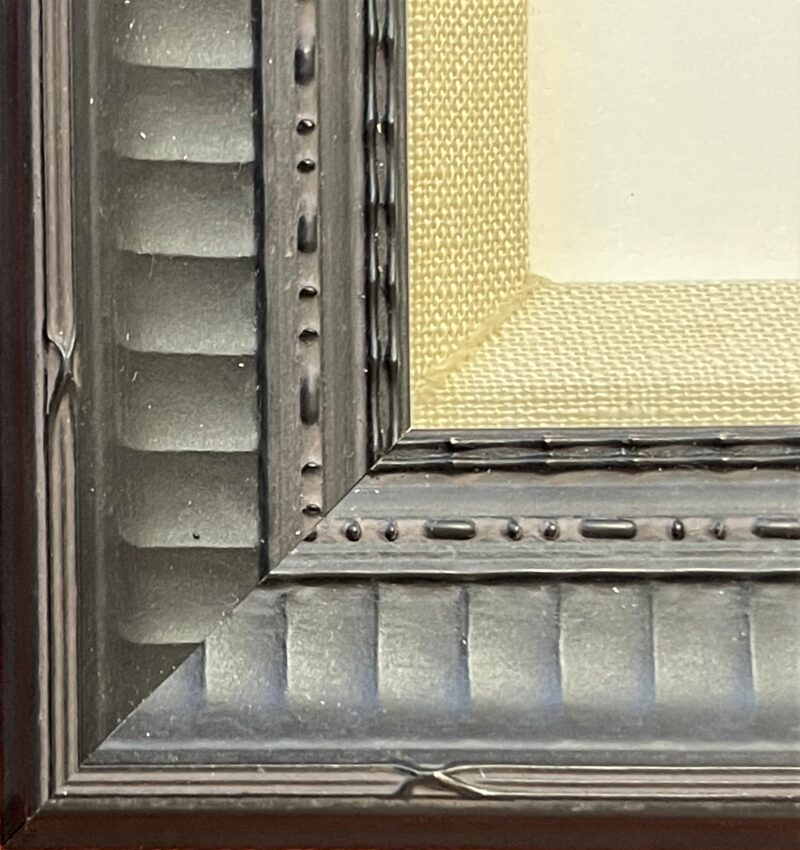 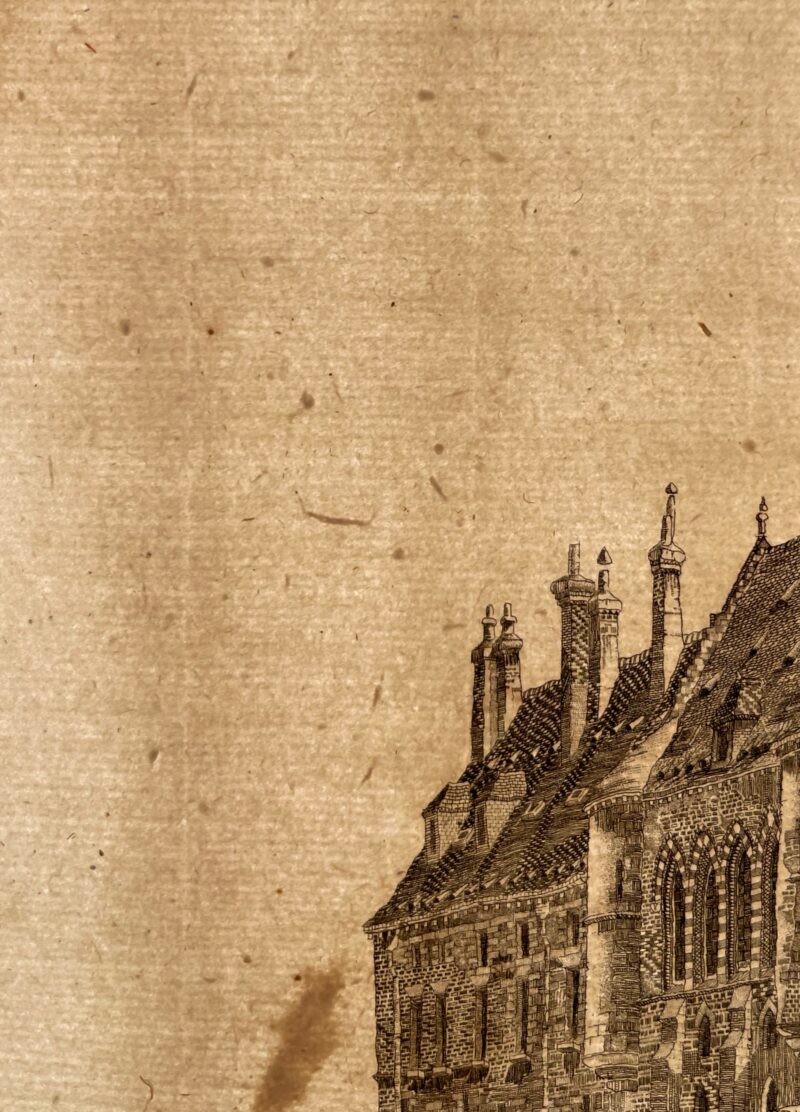 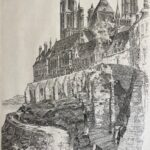 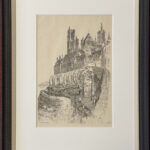 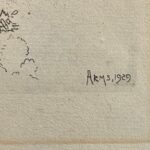 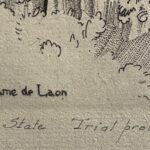 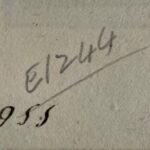 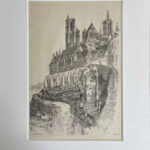 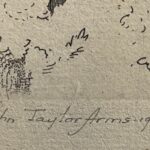 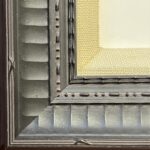 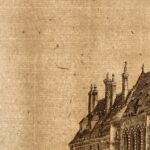 This print showing Notre Dame de Laòn is part of Arms’ Churches of France series.  It is quite special because it is the last trial proof Arms printed before he approved the work for the published edition.  (One trial print was made of the first state but it was destroyed, there is no known record of the second state, and Arms made three trial proofs of the third state.)  Thus, this print is the best example of what Arms intended the work to look like. Printed by Henry E. Carling, London, on mould-made laid paper.

Medium:
Etching on antique-white mould-made laid paper
Date:
1929
Signature:
Signed and dated in pencil by the artist  en recto lower center.  Inscribed by the artist as the third trial proof of the third state en recto lower left.  Also signed and titled in the plate.
Printer:
Henry E. Carling, London
Edition:
This is the third of three trial proofs of the third and final state made before the edition of 100.
Framing:
Custom framed and matted with an 8-ply mat, and glazed with 99% UV-filtering art glass.
Condition:
Excellent condition.  The image is crisp and clear and well inked.  Paper is undamaged except for very modest mat burn.
Framed Size:
23 in. (h) x 17.75 in. (w) x 1 in. (d)
Plate Size:
10 in. (w) x 7.125 in. (h)
Literature:
Catalogues raisonné: Fletcher, John Taylor Arms: A Man for All Time (Eastern Press, 1982), No. 219; New York Public Library catalogue:  No. 47; Arms 221; Wunderlich 74.