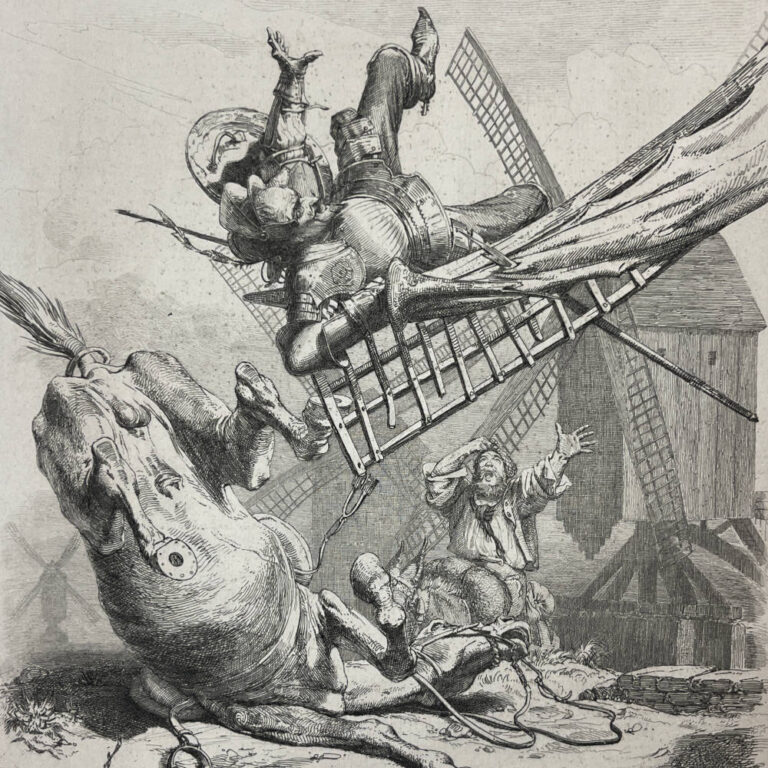 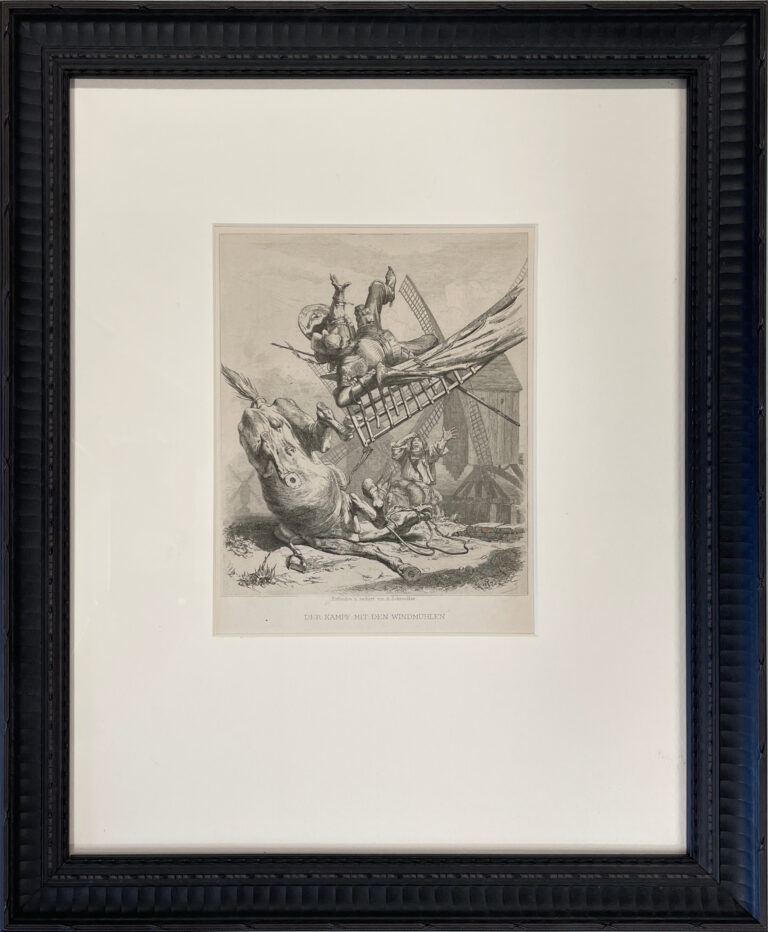 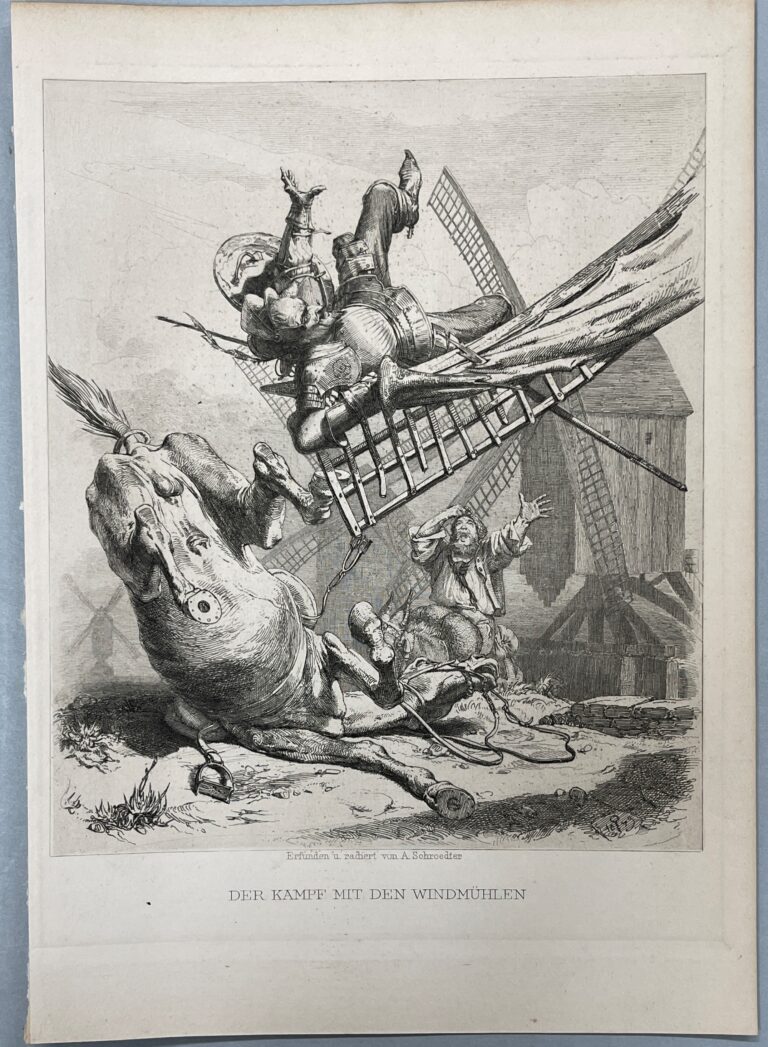 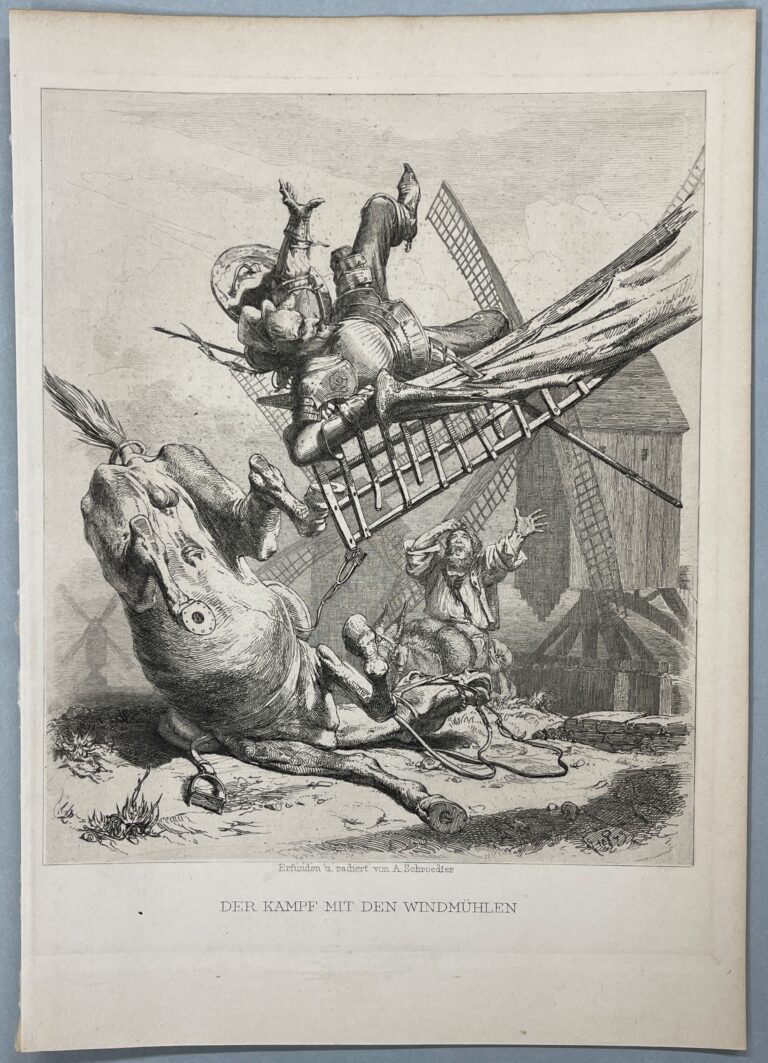 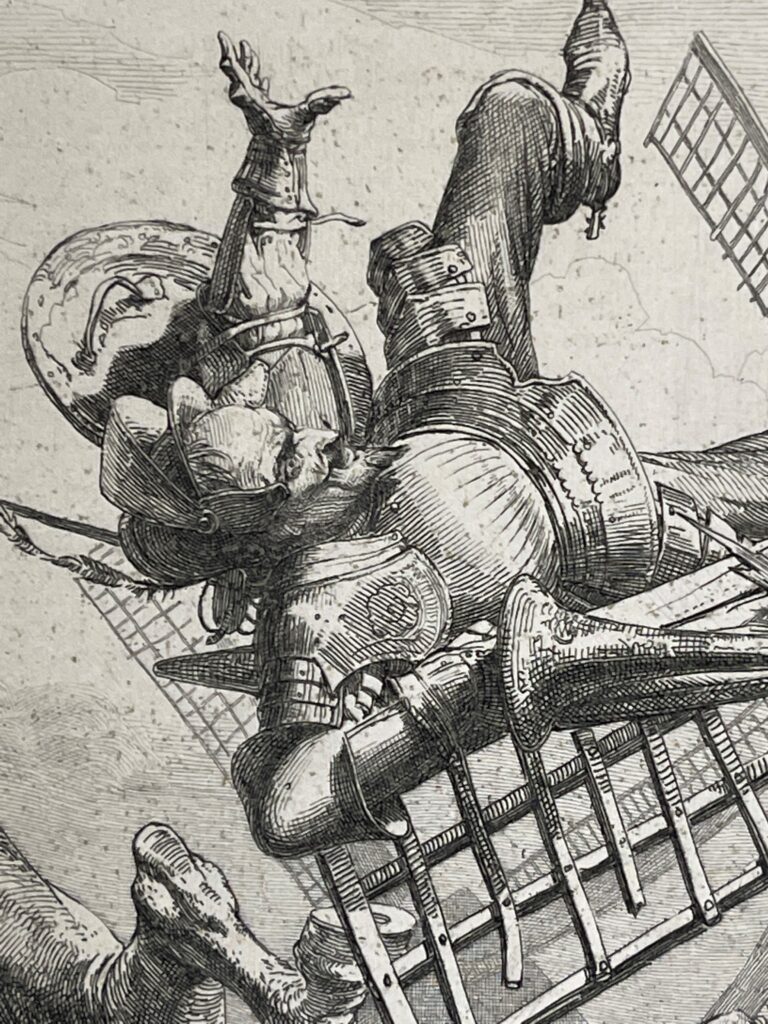 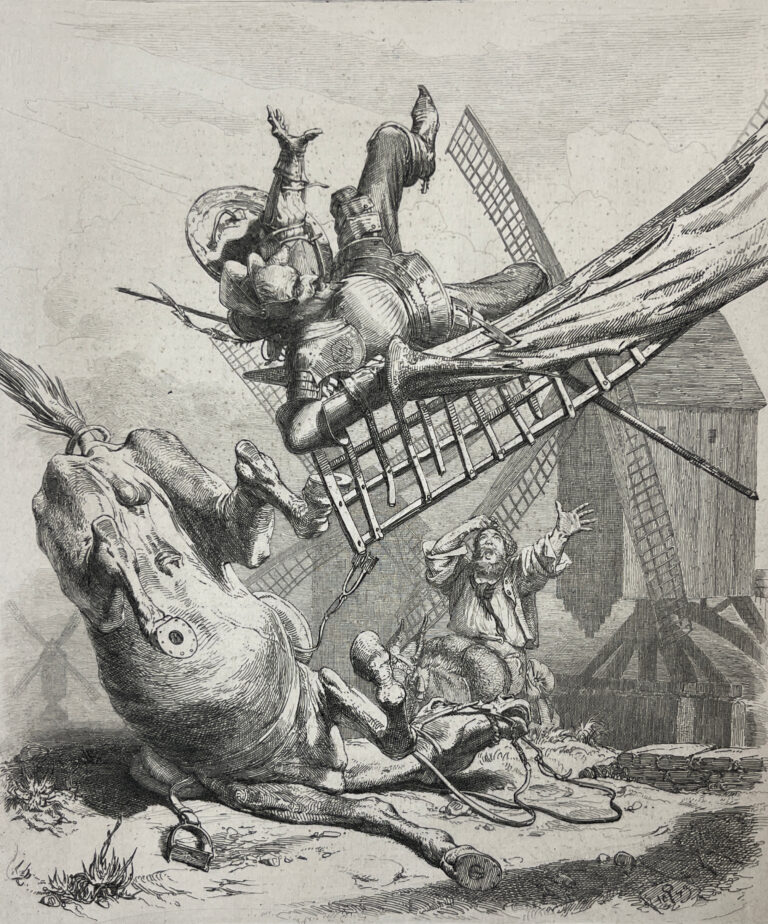 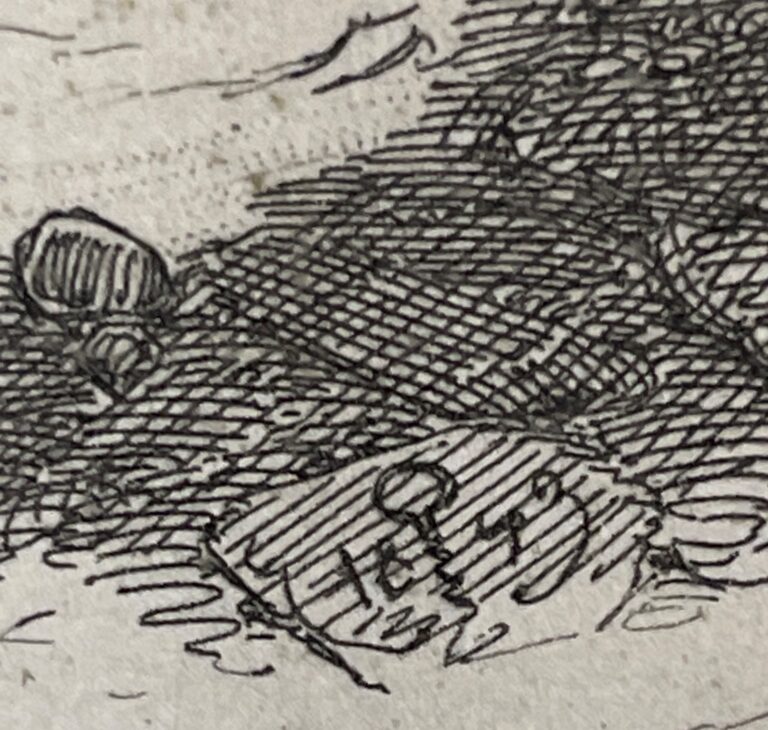 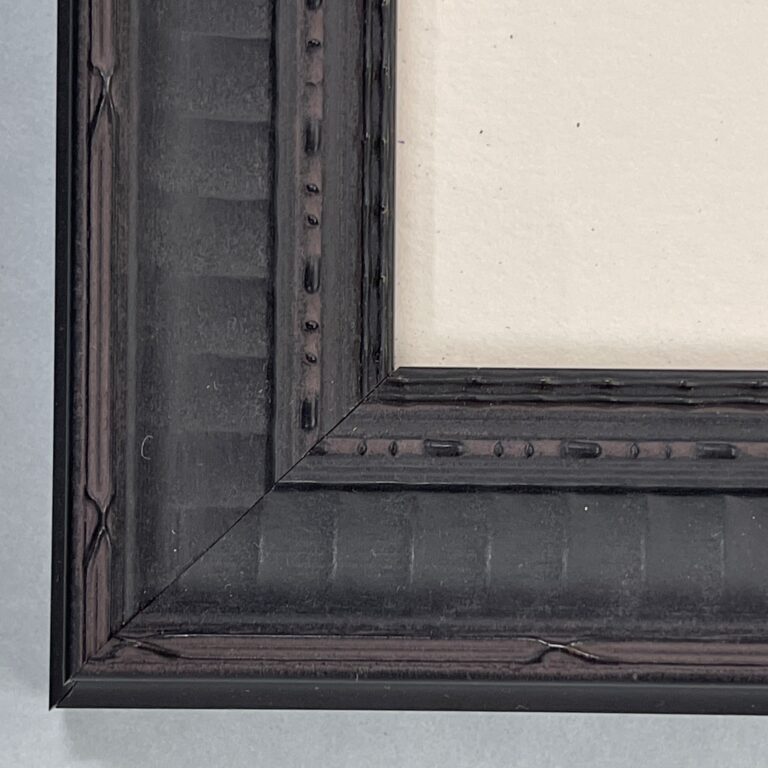 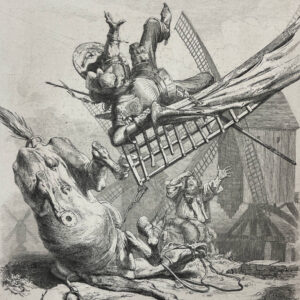 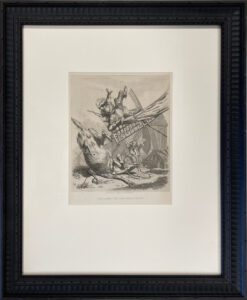 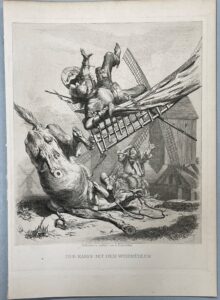 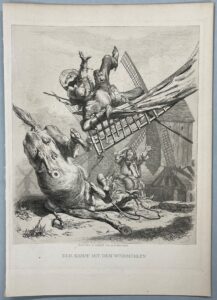 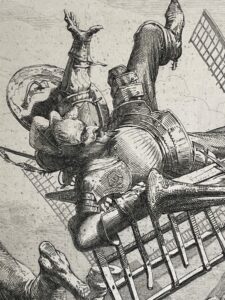 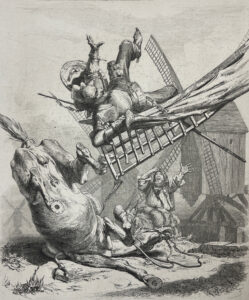 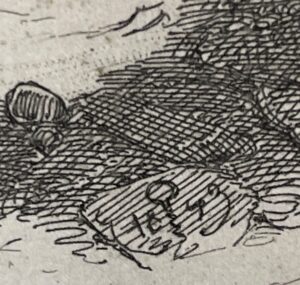 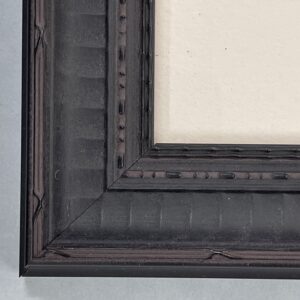 Don Quixote’s Battle with the Windmills

This 1843 etching by the great master Adolf Schrödter illustrates the most famous scene from the book in which Don Quixote tilts at windmills that he thinks are giants.