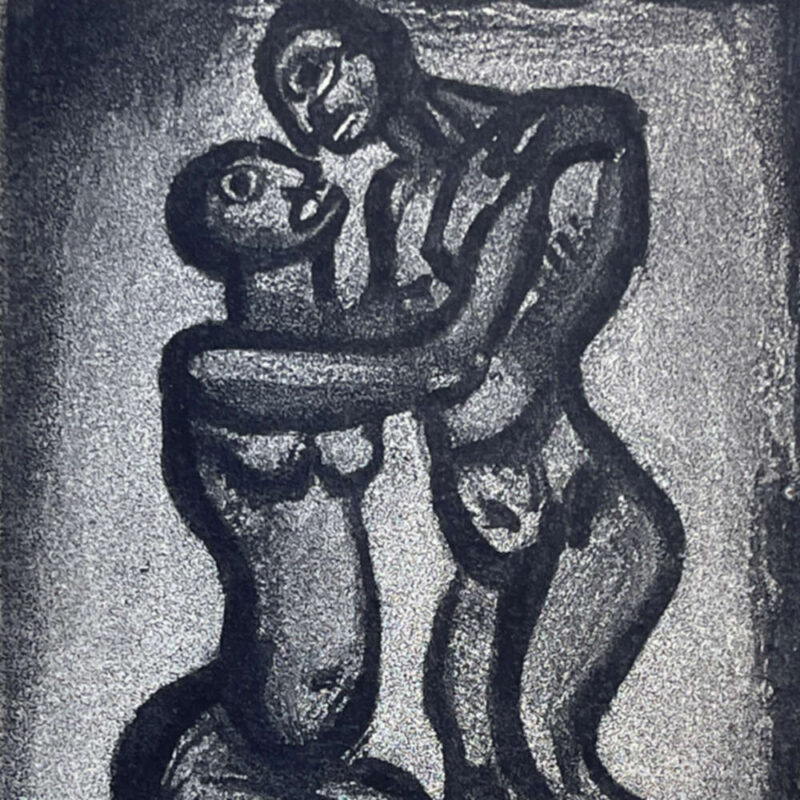 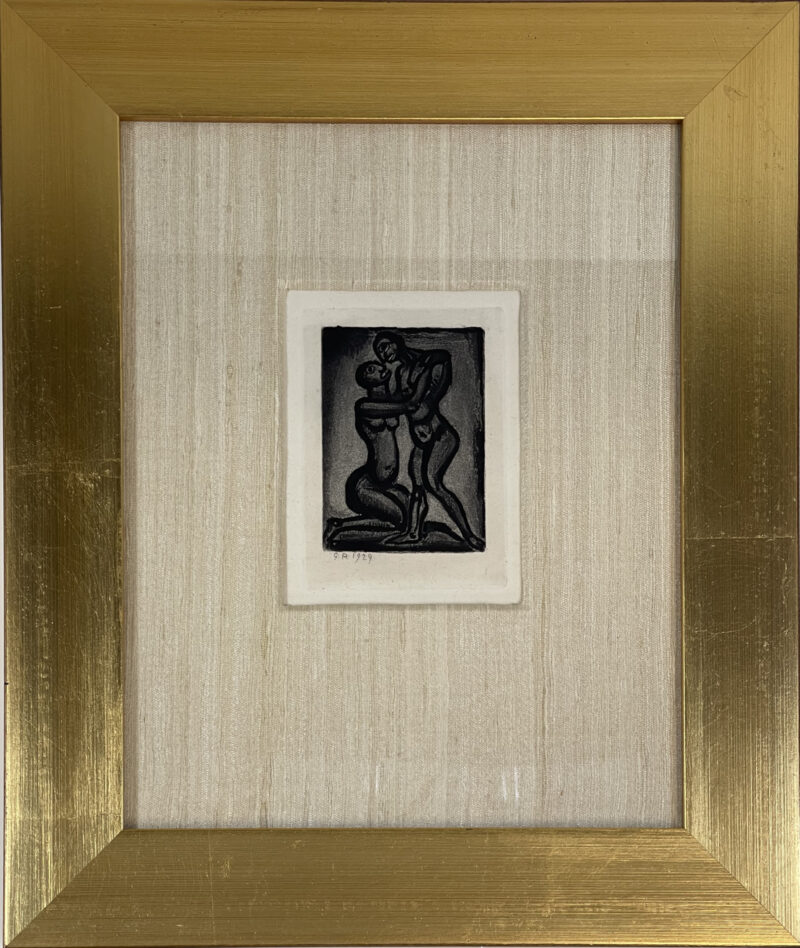 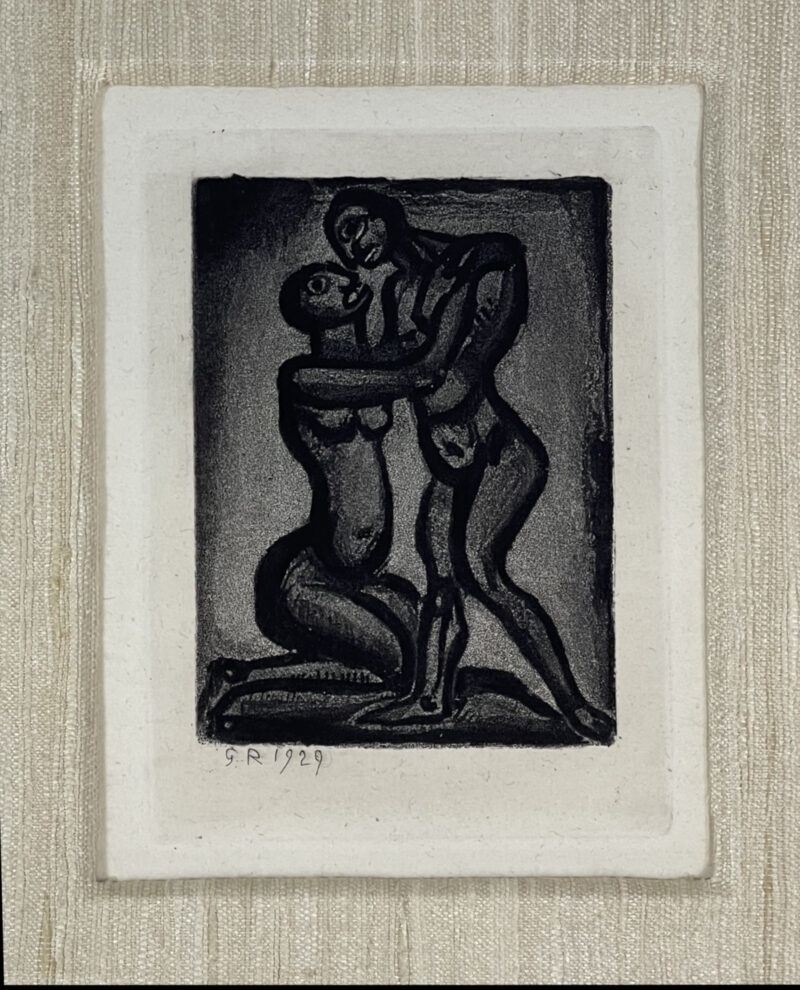 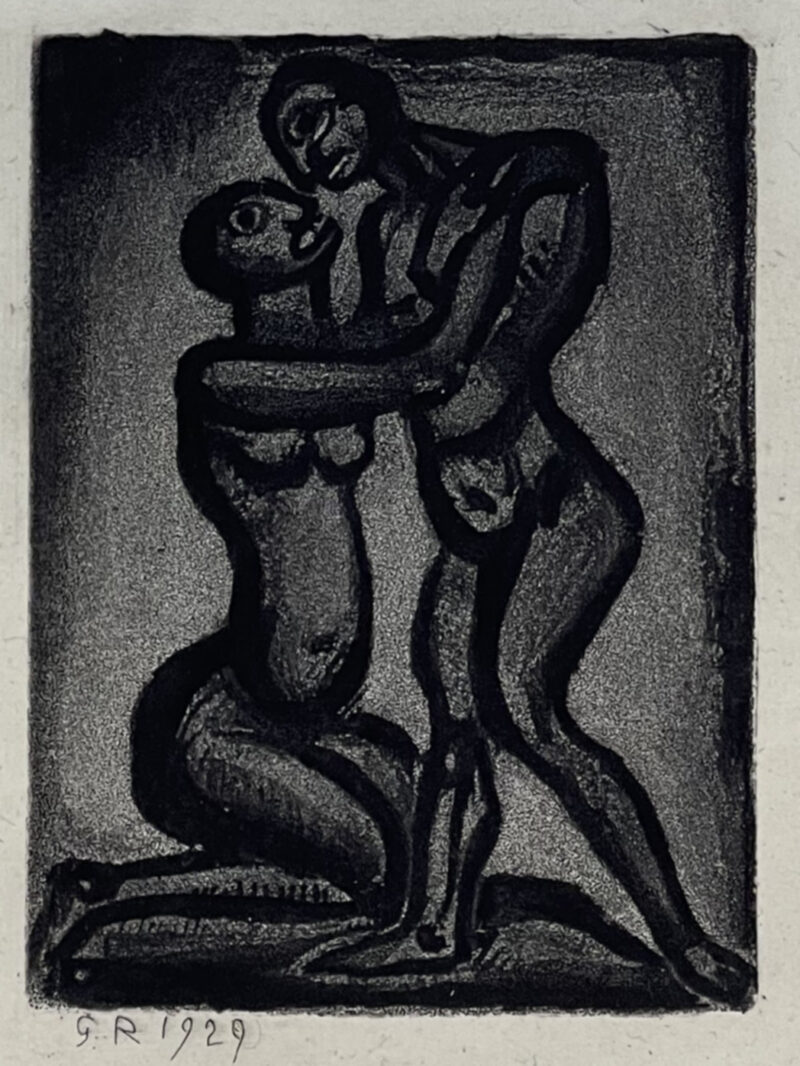 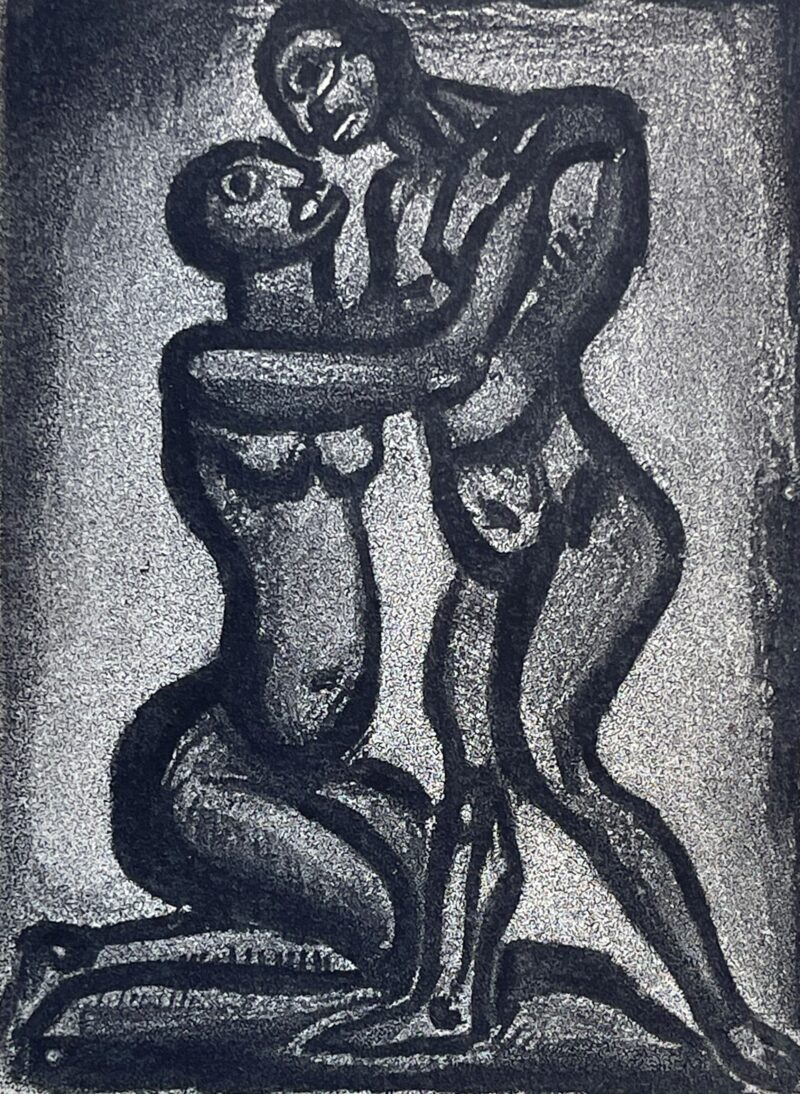 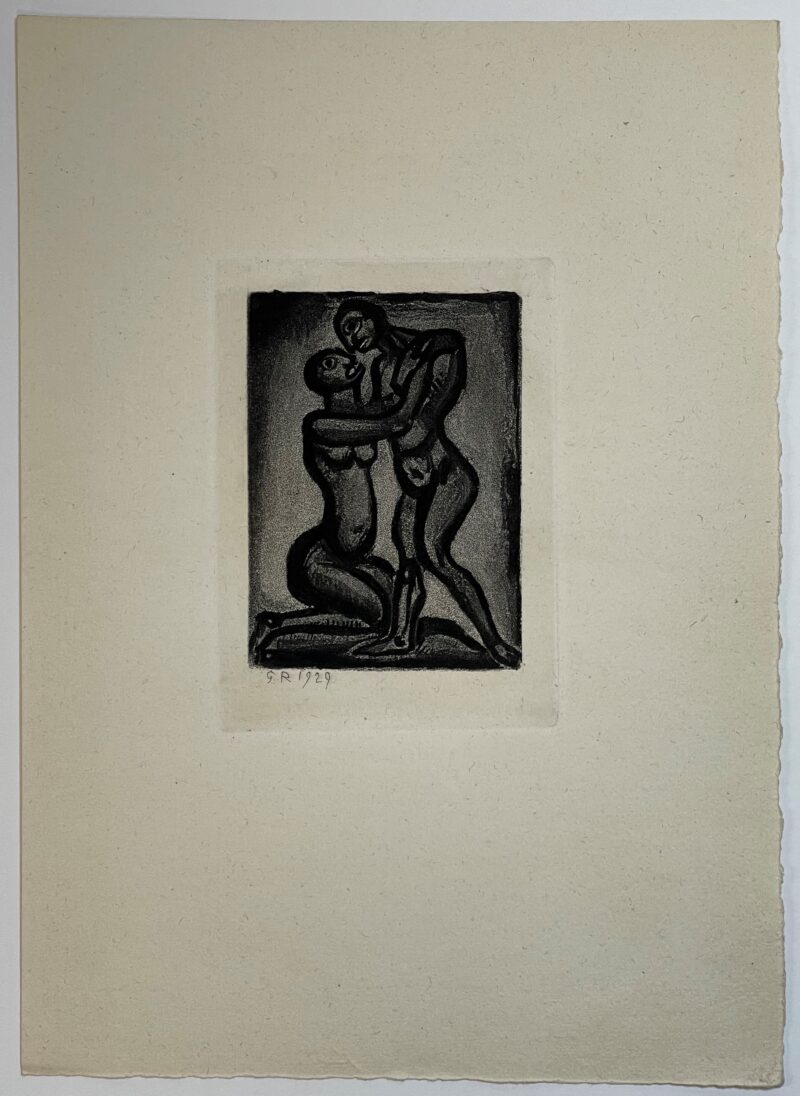 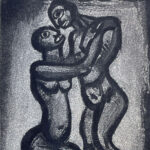 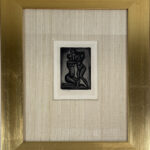 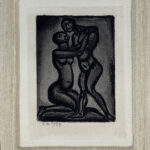 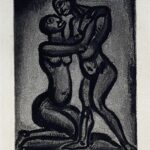 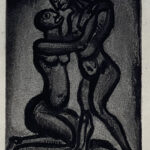 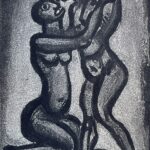 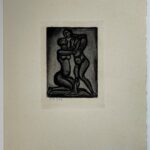 Rouault began working on the Reincarnations of Père Ubu in 1918; he returned to the plate and produced the final version in 1928. It was not published until 1932, though, when an edition of 225 pencil-signed impressions was made along with 305 portfolios for Reincarnations de Père Ubu containing suites of the etchings on Arches and Rives papers. This example, however, was from an edition of 210 from reduced format plates published by Antoine Vollard in 1955 on fine Vélin paper. 110 sets of the 1955 edition were numbered in Arabic numerals for the Société Normande des Amis du Livre and 100 sets were numbered in Roman numerals. This example, though, lacks numbering, which might put it in the group of sixty additional sets which were issued on colored or tinted paper.

Medium:
Etching and aquatint
Paper:
Printed on fine Vélin paper
Publisher:
Antoine Vollard, Paris, for the Société Normande des Amis du Livre
Date:
1955
Signature:
Initialed and dated in the plate
Edition:
Rouault began working on the Reincarnations of Père Ubu in 1918; he returned to the plate and produced the final version in 1928.  It was not published until 1932, when an edition of 225 pencil-signed impressions was made along with 305 portfolios for Reincarnations de Père Ubu, containing suites of the etchings on Arches and Rives papers.  This etching, from the 1929 plate, was from the edition of 210 published by Antoine Vollard in 1955 on fine Vélin paper.
Framing:
This print is custom framed using conservation-grade materials in a fine gilt hardwood frame under a silk-wrapped mat and behind 99% UV-filtering conservation glass.
Condition:
In superb as-new condition, previously stored in the portfolio.
Framed Size:
16.125 in. (h) x 13.625 in. (w) x 1.25 in. (d)
Sheet Size:
7.875 in. (w) x 10.875 in. (h)
Plate Size:
3.35 in. (w) x 4.25 in. (h)