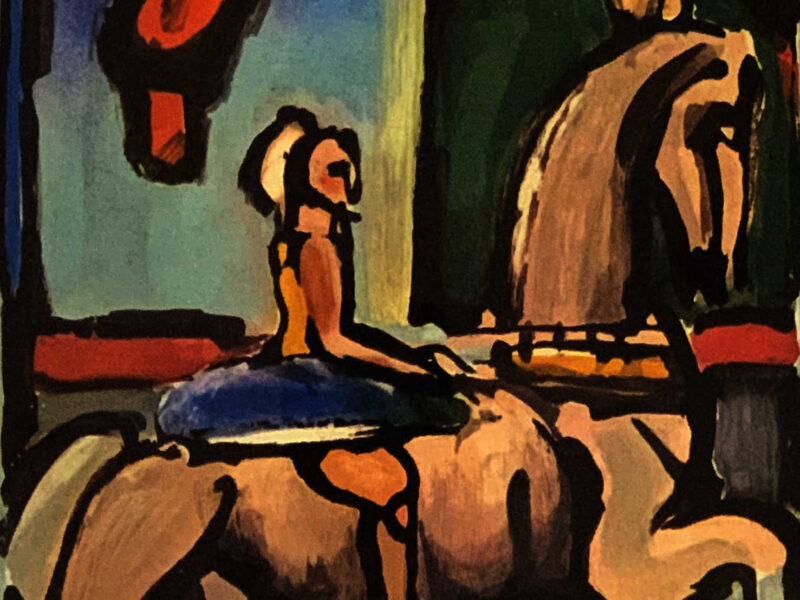 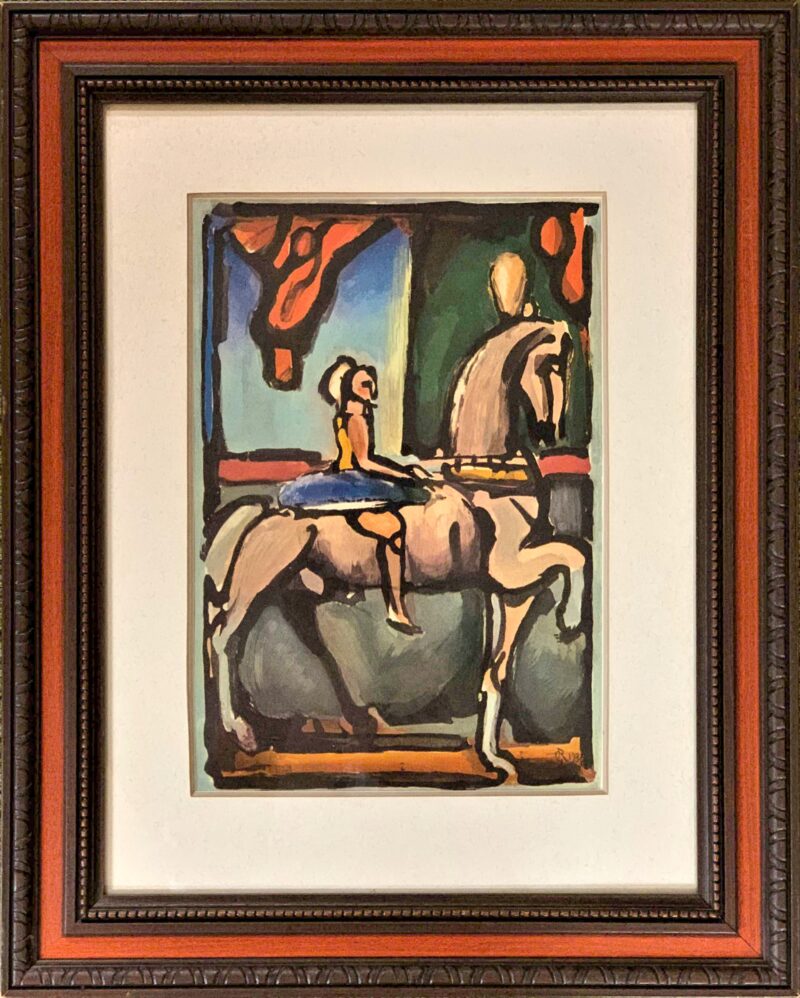 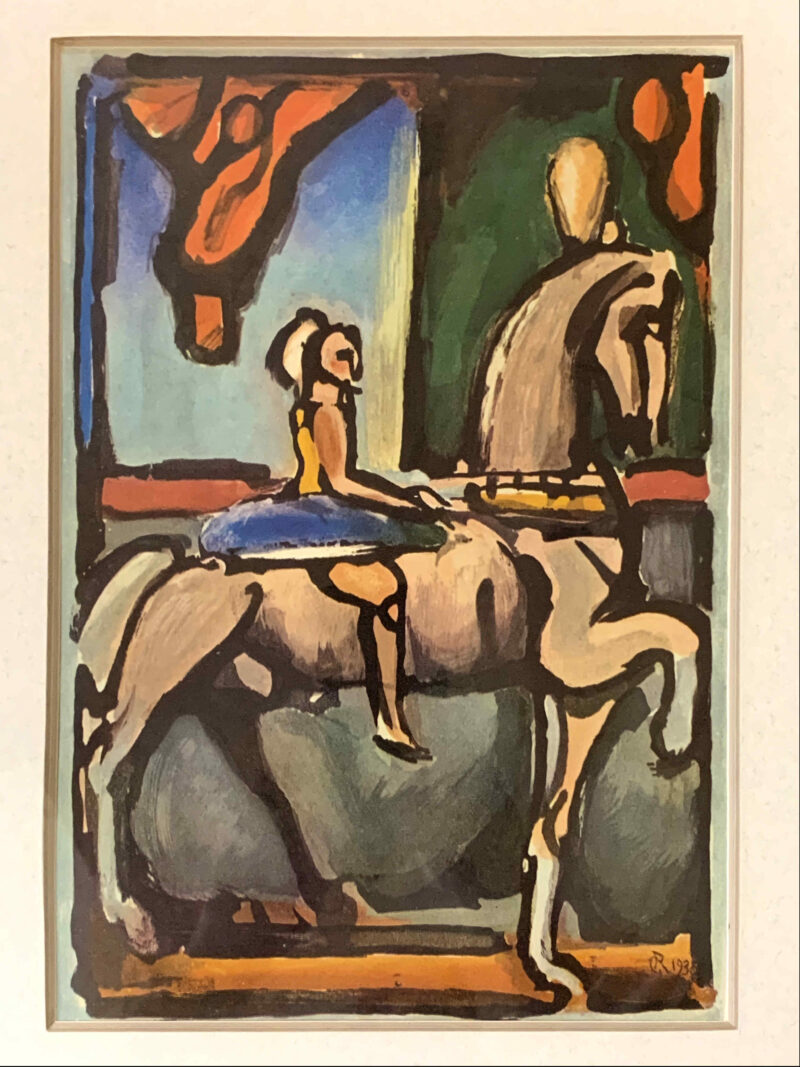 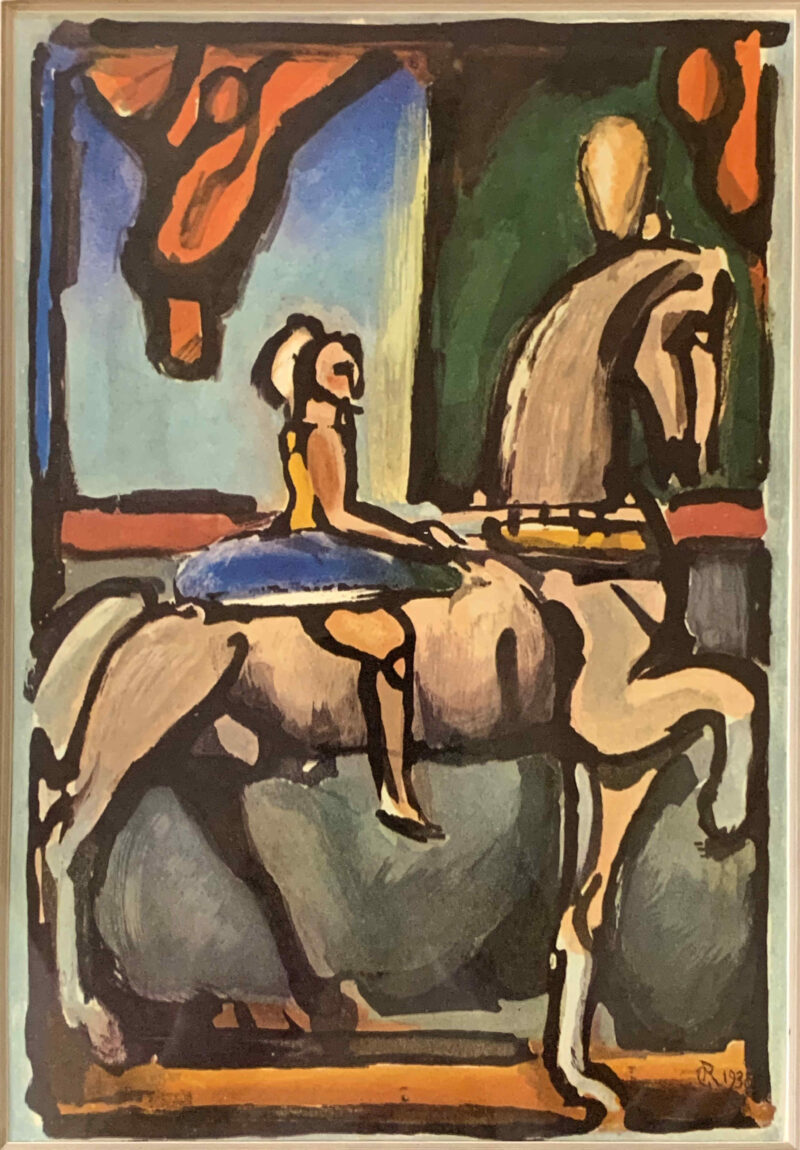 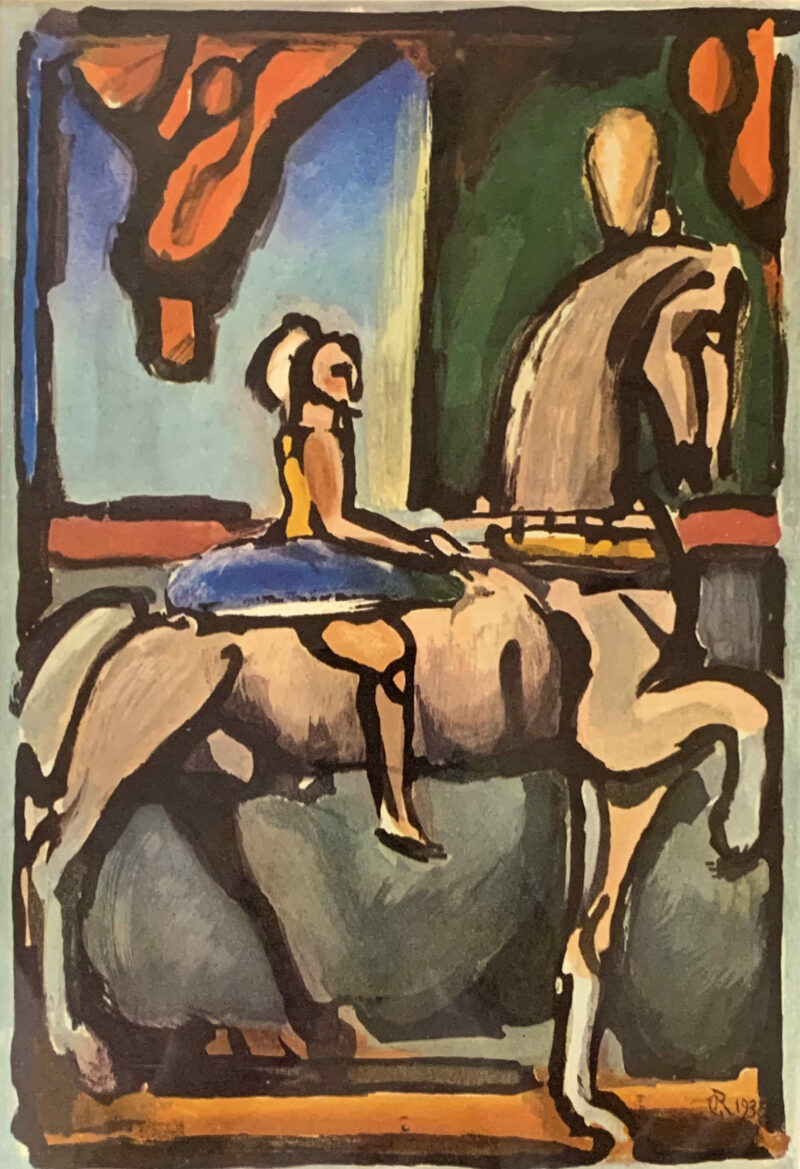 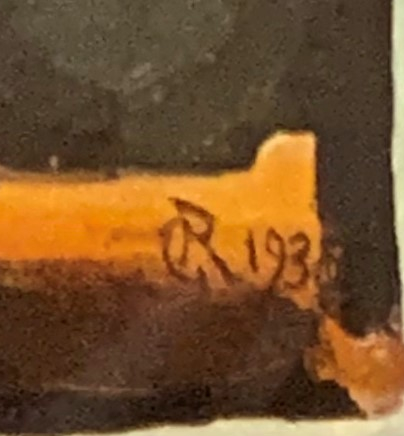 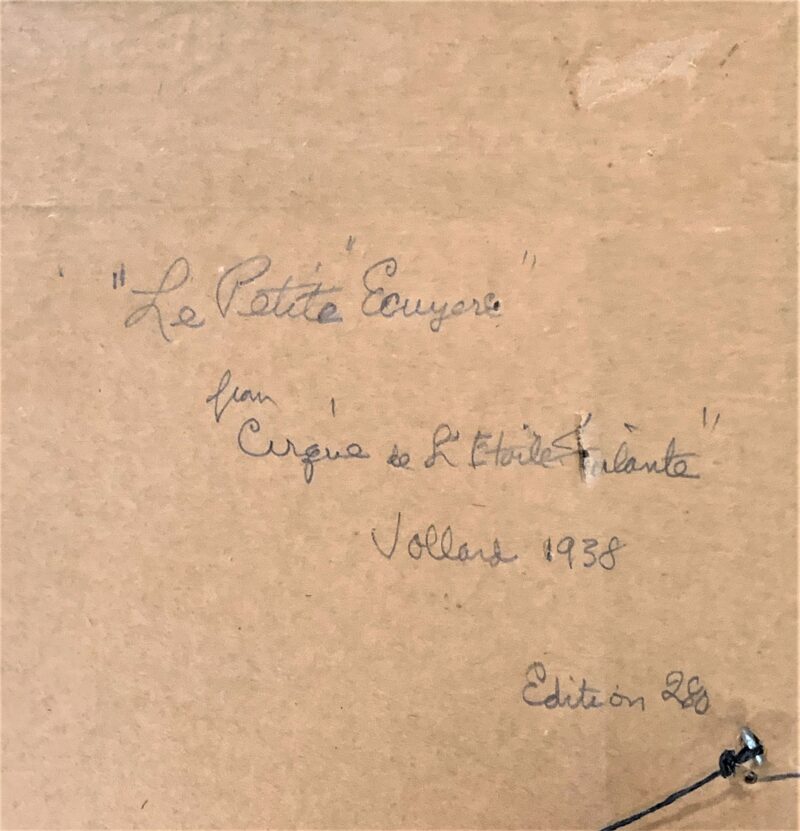 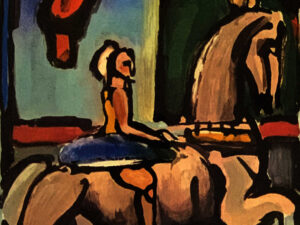 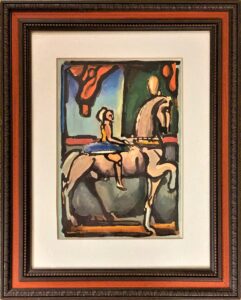 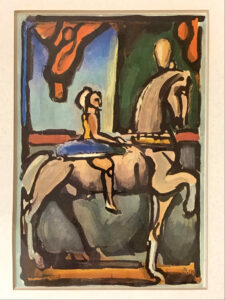 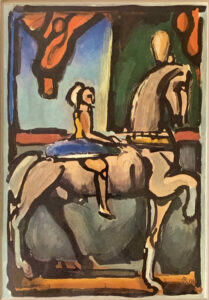 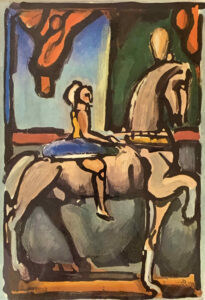 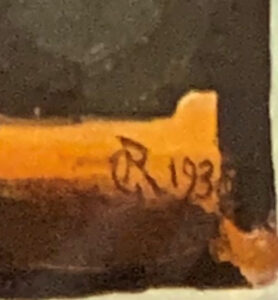 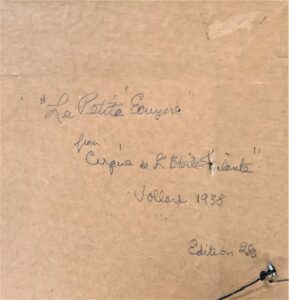 This work, entitled La Petit Ecuyère [The Little Equestrian], is Plate 6 of Rouault’s Cirque de l’Etoile Filante portfolio [Circus of the Shooting Star] series, commissioned and published by Parisian art publisher and dealer Ambroise Vollard (1866-1939). The series was introduced by seventeen color etchings with aquatint, and followed by 82 wood engravings that illustrate the text, also written by Rouault. The project began in 1926. This piece was created in 1935. The full edition was finally published in 1938.  These aquatints are often described as the culmination of Rouault’s career as a printmaker.

Medium:
Color aquatint, etching, and drypoint printed on off-white wove Montval paper.
Publisher:
Ambroise Vollard, Paris
Printer:
In the final state, color plates were made by the printer Lacourière, Paris, Aux Deux Ours, under Rouault’s supervision.
Date:
1938
Signature:
Signed and dated in the plate, en recto lower right
Edition:
From the unnumbered color edition of 280, printed on various papers.  (Aside from black printed plates, made by Rouault himself and printed in an edition of 35 on Japan Imperial paper.)
Framing:
Mounted by the publisher on a larger support sheet of Arches paper.  Originally framed by Associated American Artists for exhibition.  Reframed in its fine wood frame from the AAA exhibition behind 99% UV-filtering Plexiglass with a linen-wrapped mat.
Condition:
Excellent condition, bright and crisp, with good margins.
Framed Size:
20.75 in. (h) x 18 in. (w) X 1 in. (d)
Plate Size:
12.125 in. (h) x 8.375 in. (w)
Literature:
Catalogue raisonne:  Chapon & Rouault 245