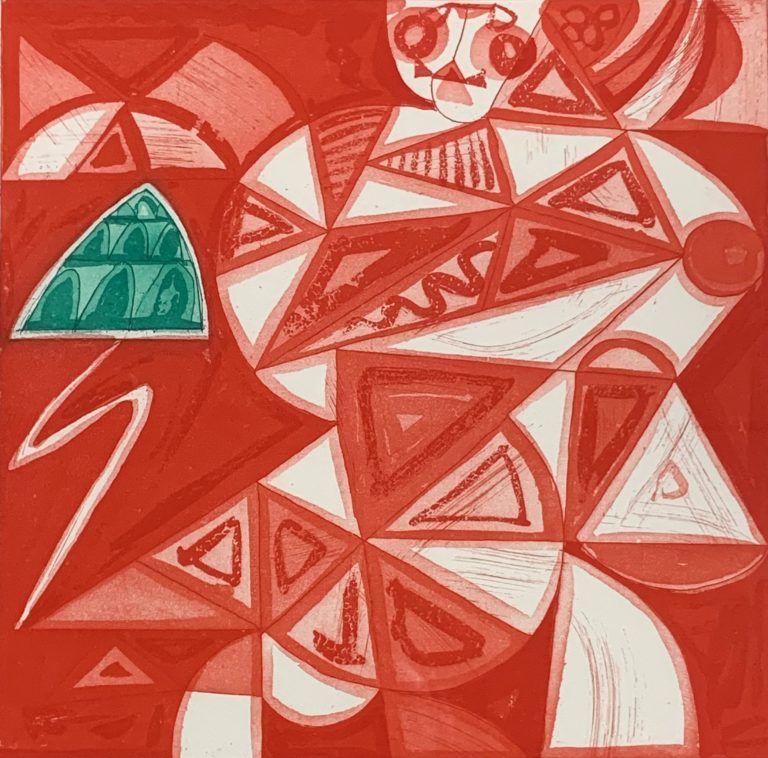 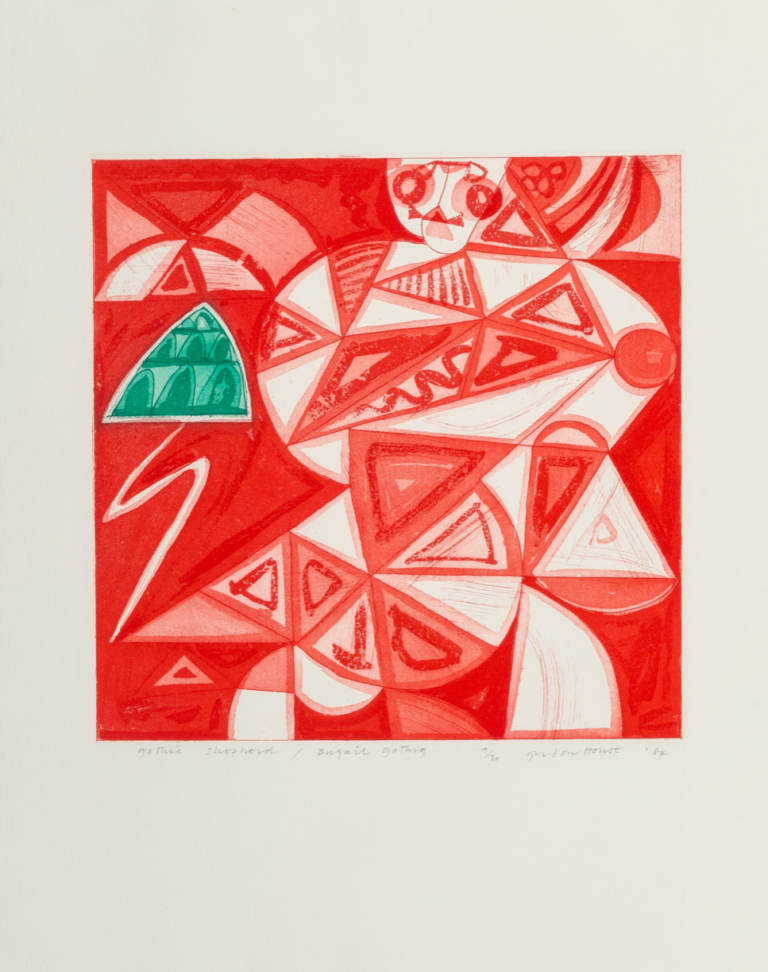 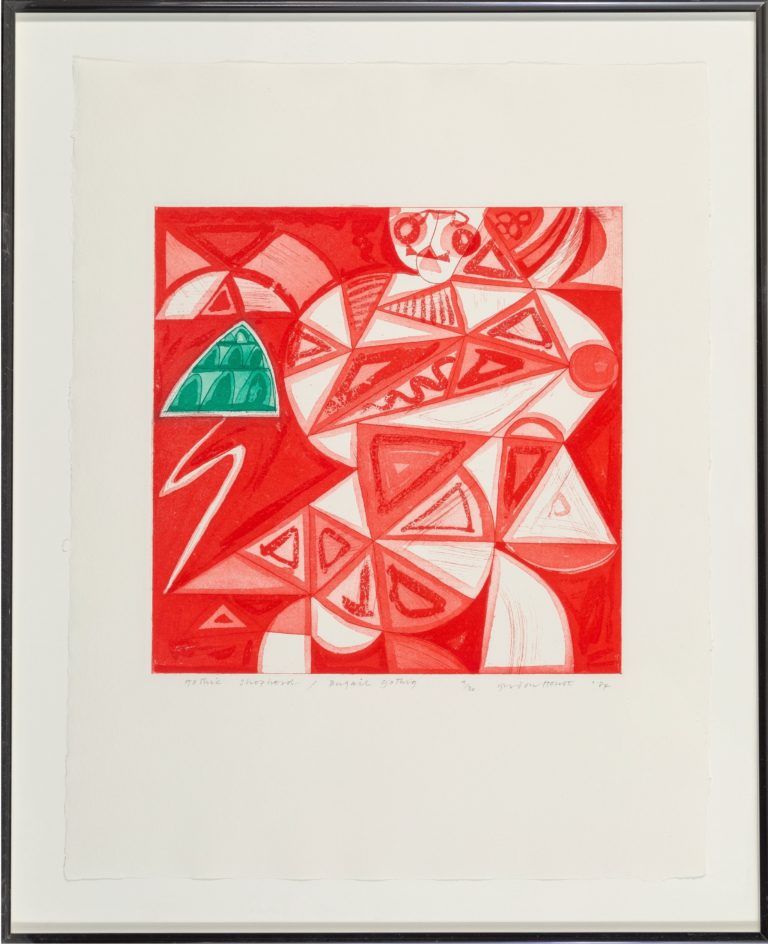 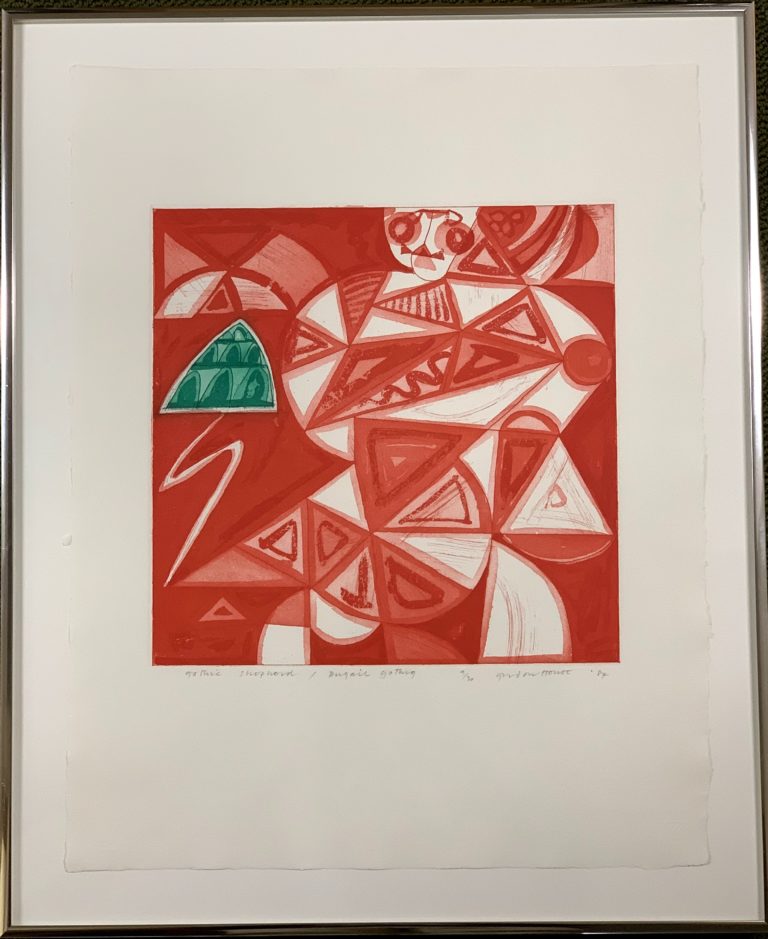 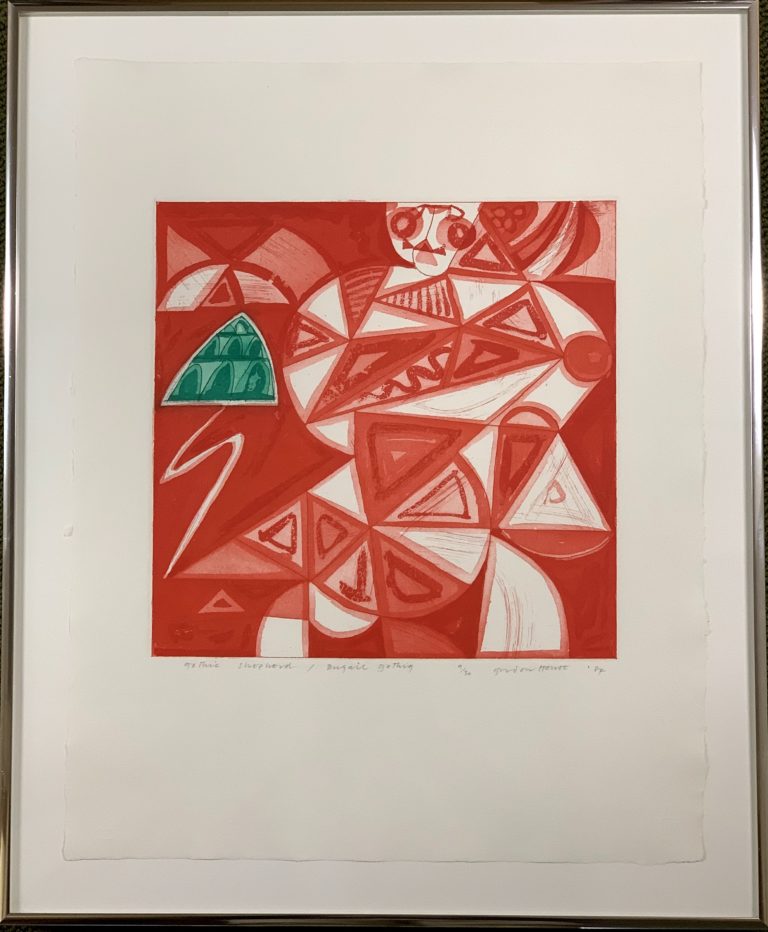 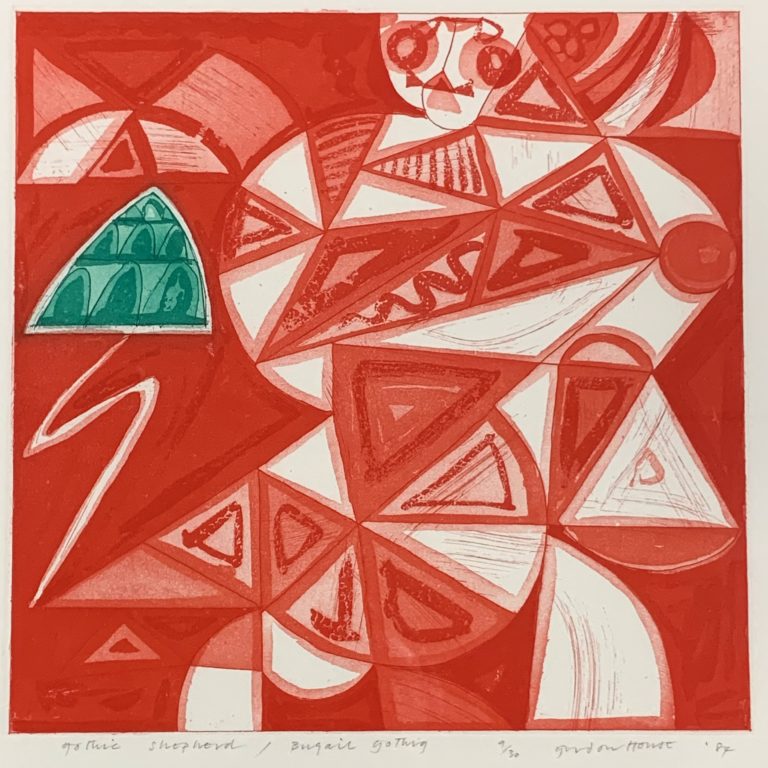 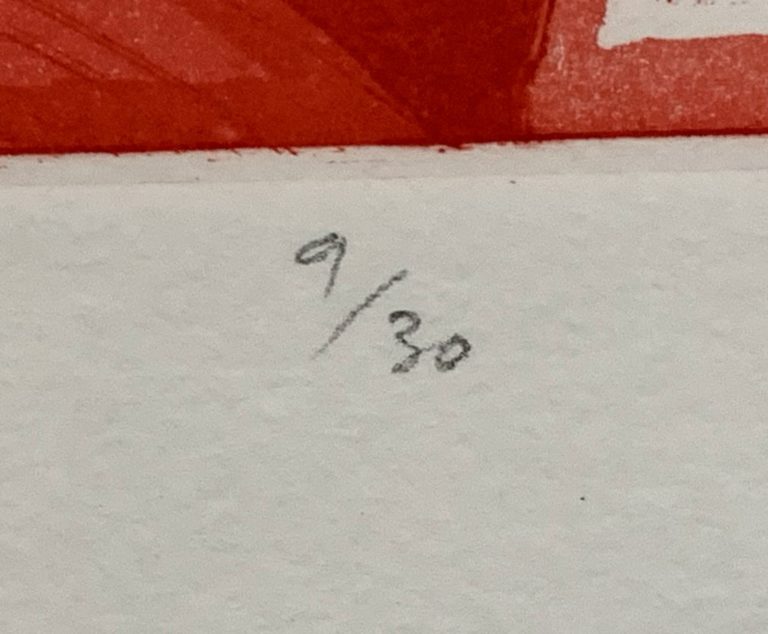 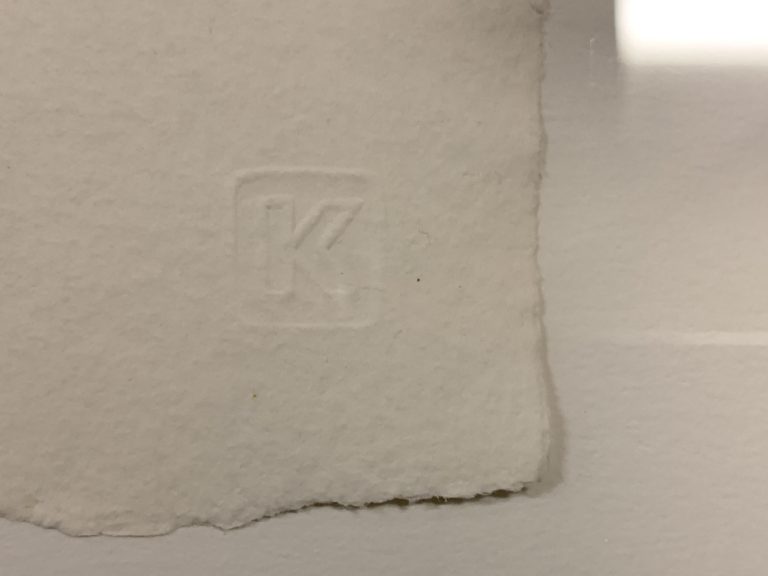 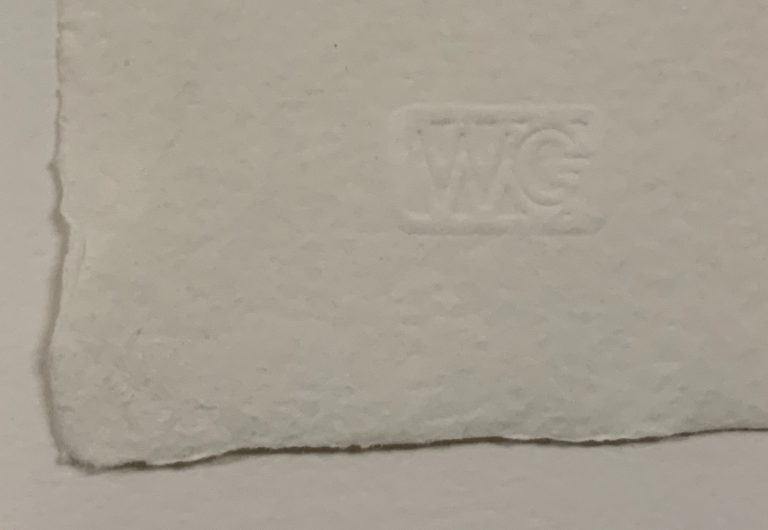 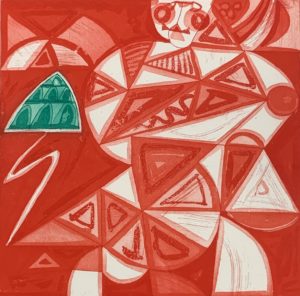 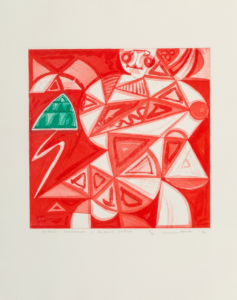 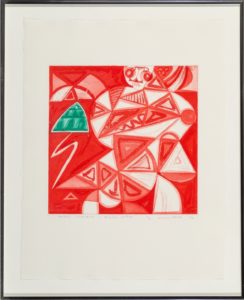 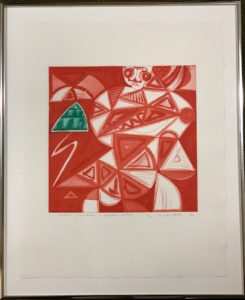 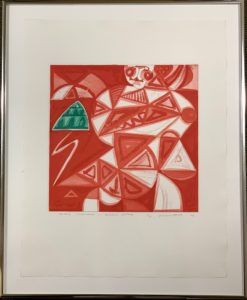 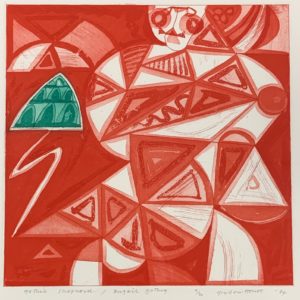 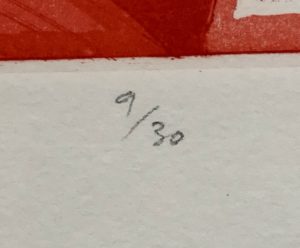 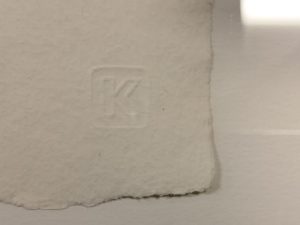 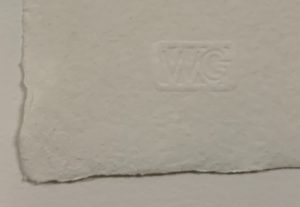 The landscape from the house, which was raised above the fields sloping away, was probably as it had been for hundreds of years.  To me it was even reminiscent of the background landscapes seen in Italian Renaissance paintings. In the distance one could see the higher, familiar ground, the beginning of the Brecon Beacons.  Blorenge, Sugarloaf and Skirrid.  Not quite as my childhood memories of the hilly Wales surrounding the industrial black valley further south, but for me it was still Wales.

The name of this work might refer to the 900-year-old pub of the same name, but it more likely depicts a mountain found on the edge of the Black Mountains in Wales. There are two mountains there—Skirrid Fach and Skirrid Fawr—which are separated from the rest of the range by a valley.  Skirrid Fawr, the larger of the two peaks, deep green and tree-covered at the lower elevations at least, rises tall out of the landscape.  There are many legends and great mythology associated with Skirrid Fawr, which is also known as Holy Mountain or Sacred Hill.  Perhaps that explains the blue rays coming out of in the image.