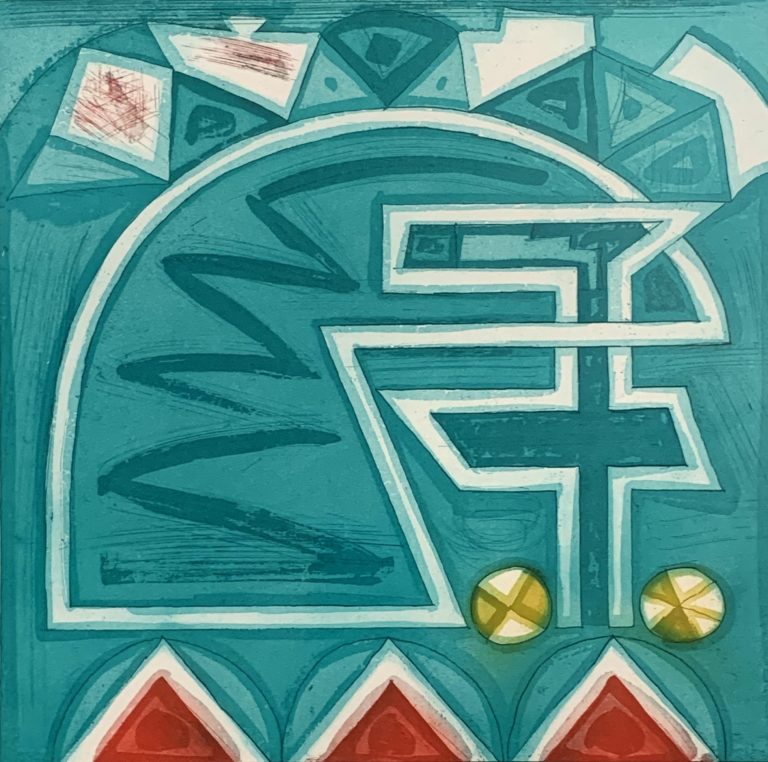 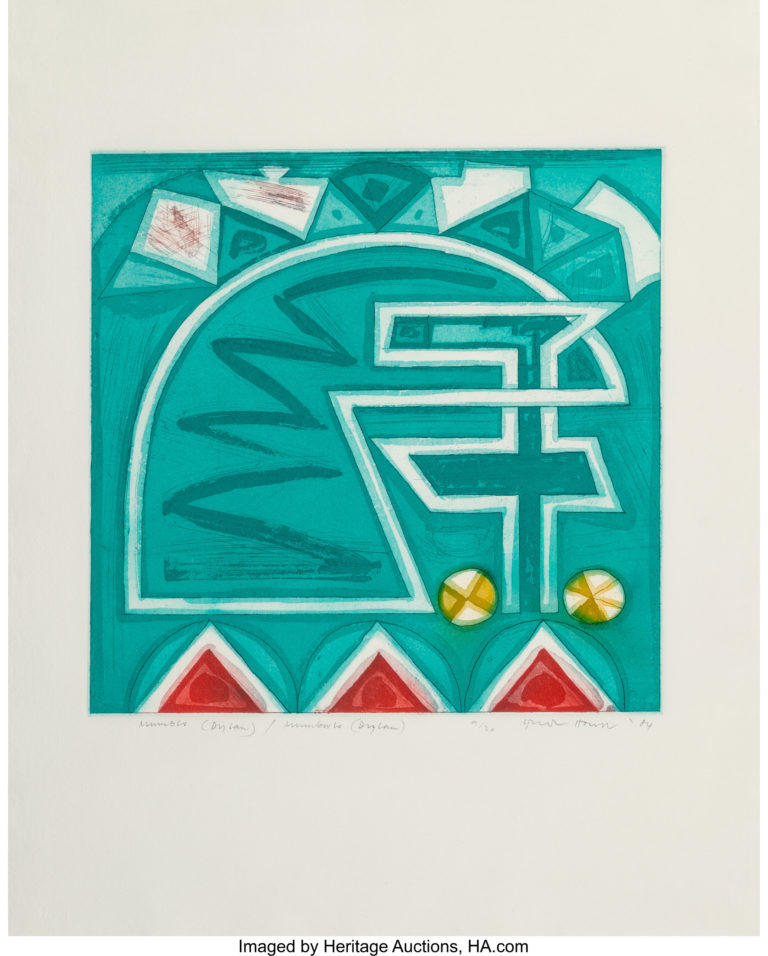 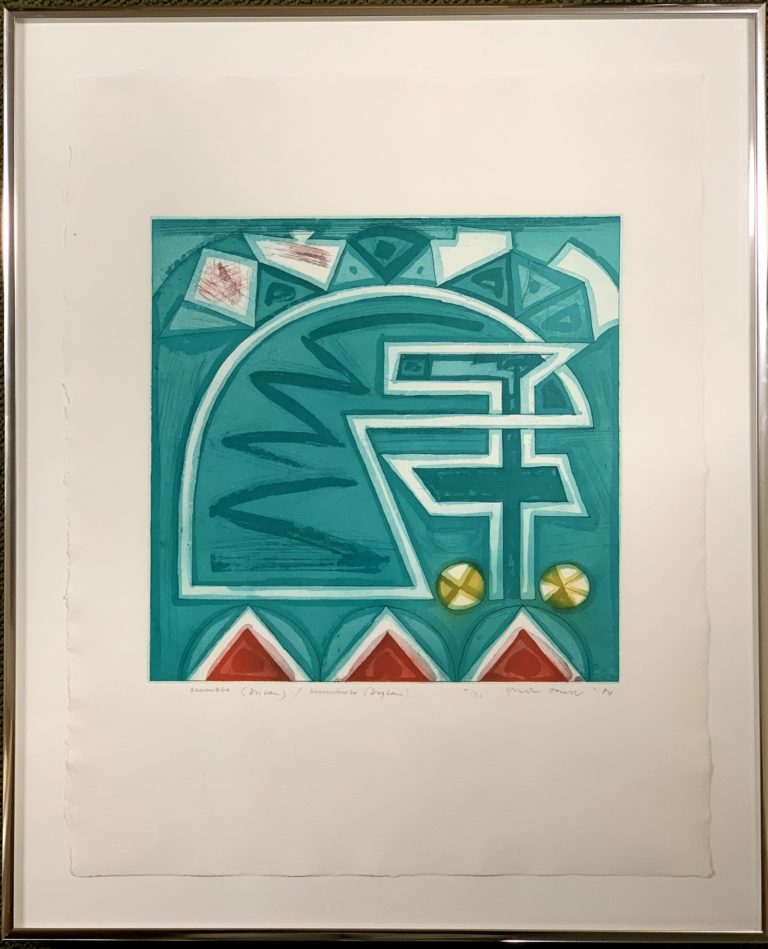 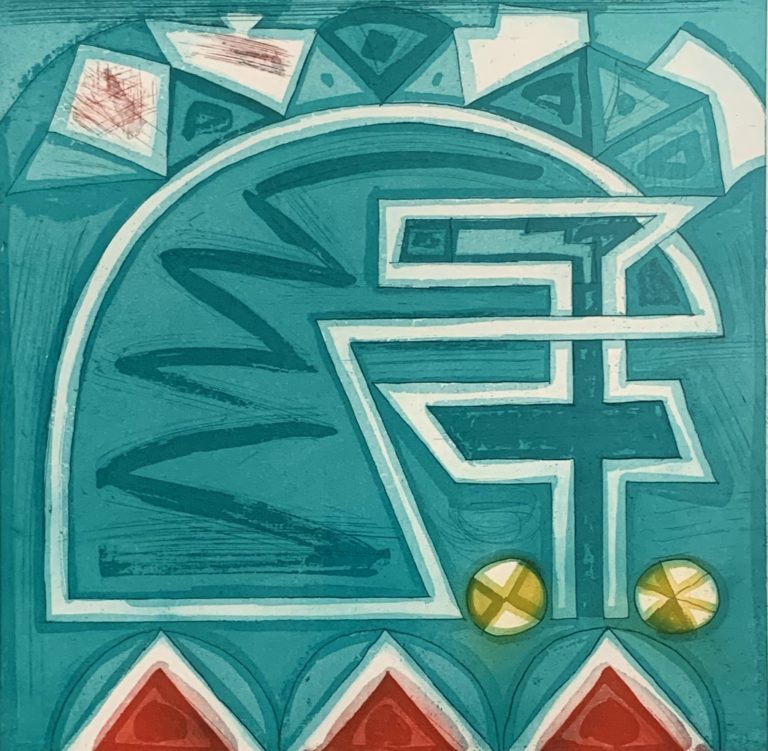 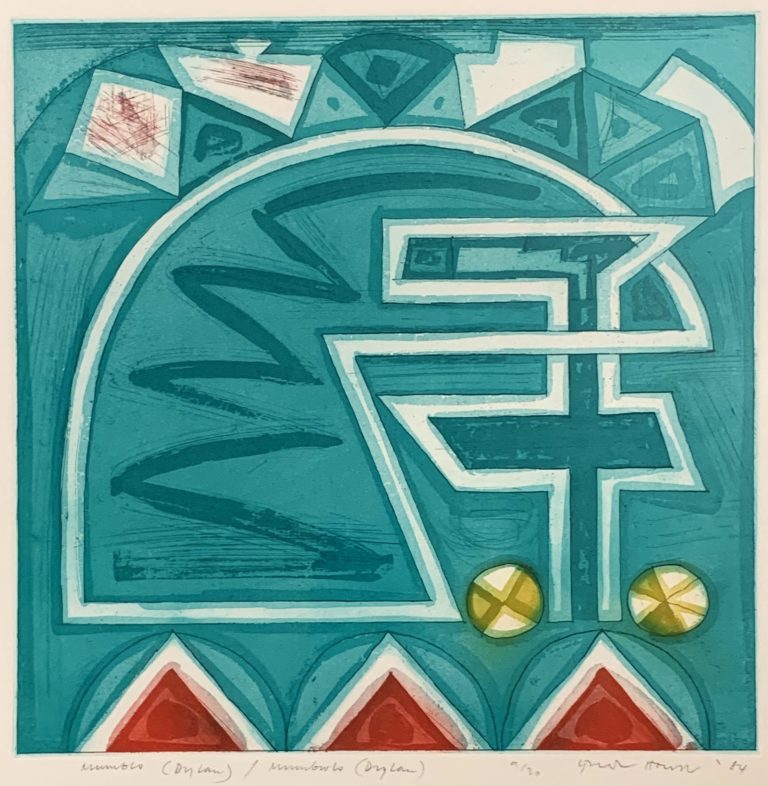 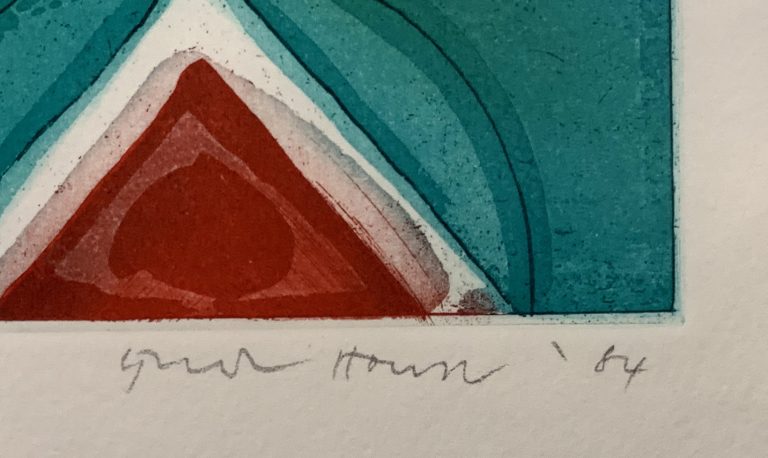 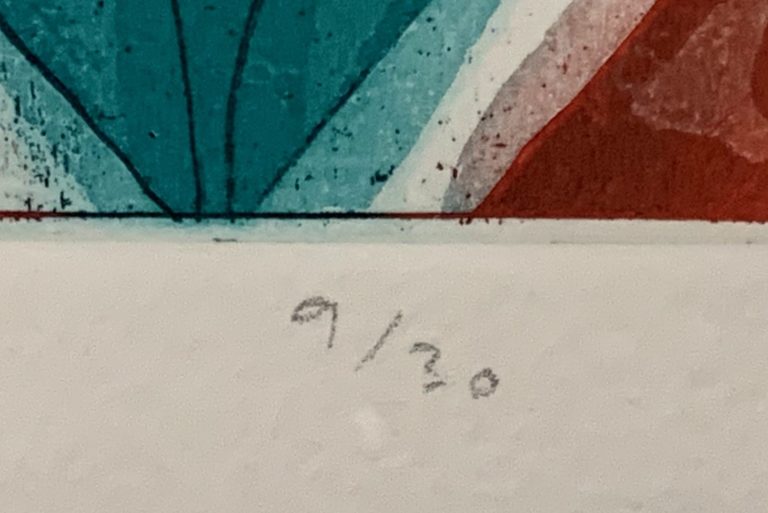 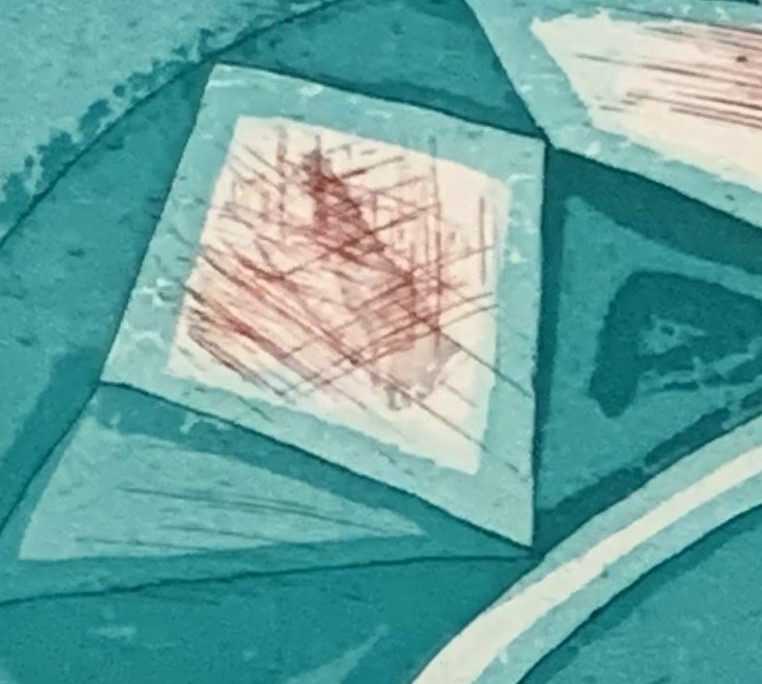 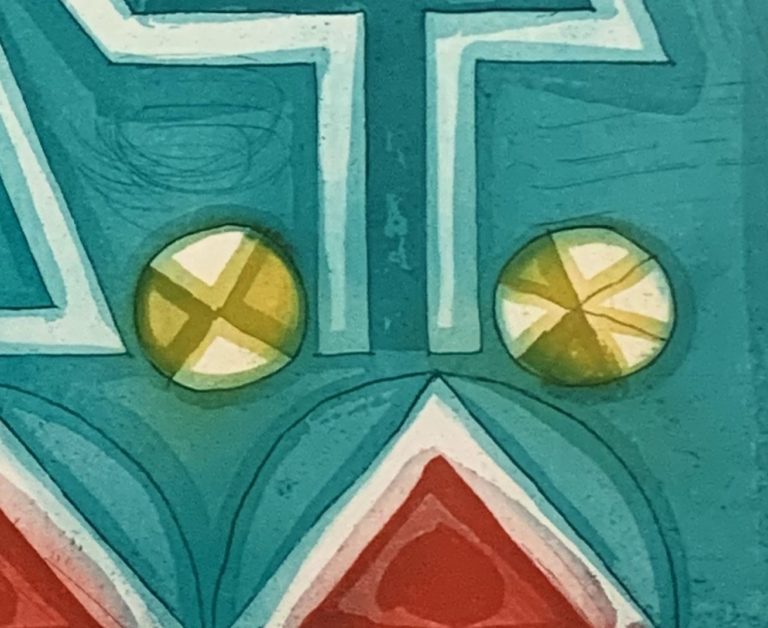 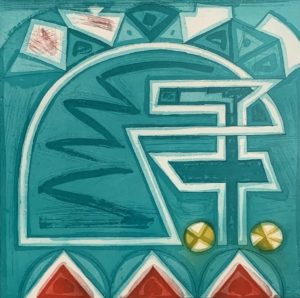 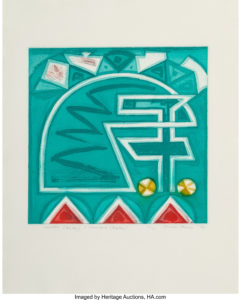 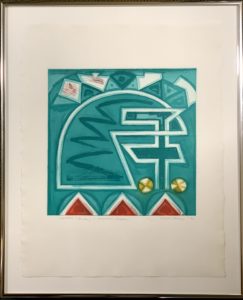 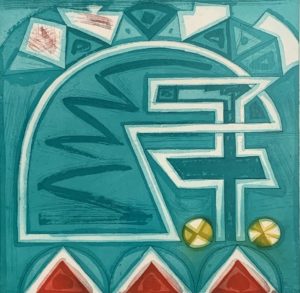 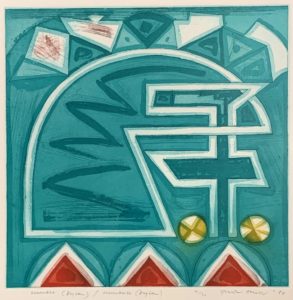 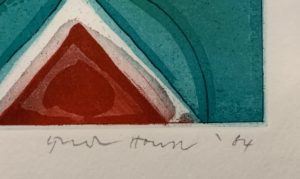 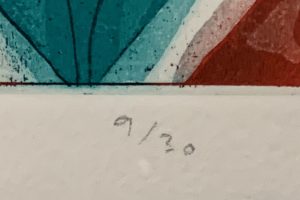 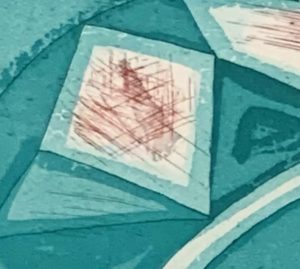 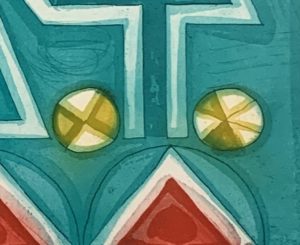 Mumbles (Dylan), from the Welsh Portfolio

“The landscape from the house, which was raised above the fields sloping away, was probably as it had been for hundreds of years.  To me it was even reminiscent of the background landscapes seen in Italian Renaissance paintings. In the distance one could see the higher, familiar ground, the beginning of the Brecon Beacons.  Blorenge, Sugarloaf and Skirrid.  Not quite as my childhood memories of the hilly Wales surrounding the industrial black valley further south, but for me it was still Wales.”

The happy green color that dominates this picture reflects the pleasant and relaxing sea-front area of Mumbles on the southern coast of Wales. The title of this work, “Mumbles (Dylan)”, is a plain reference to the writer Dylan Thomas, who was born and raised in Swansea, the city which sits astride Swansea Bay depicted in this print. A peninsula juts out into the bay, pointing at the large rocks which rise up out of the ocean. Those rocks, which are known as the Mumbles Rocks, give the area its local nickname. One of the largest of those rocks is the pediment of an old lighthouse, which warns boats away from the treacherous rocks.

Dylan Thomas lived in Uplands, which is up the hill from the bay, from which he could look out over Swansea Bay at the Mumbles. At the top of the picture are geometric shapes that depict the houses and buildings which surround the bay, most of which became pubs. Dylan, a famous drunk, likely drank in those pubs.