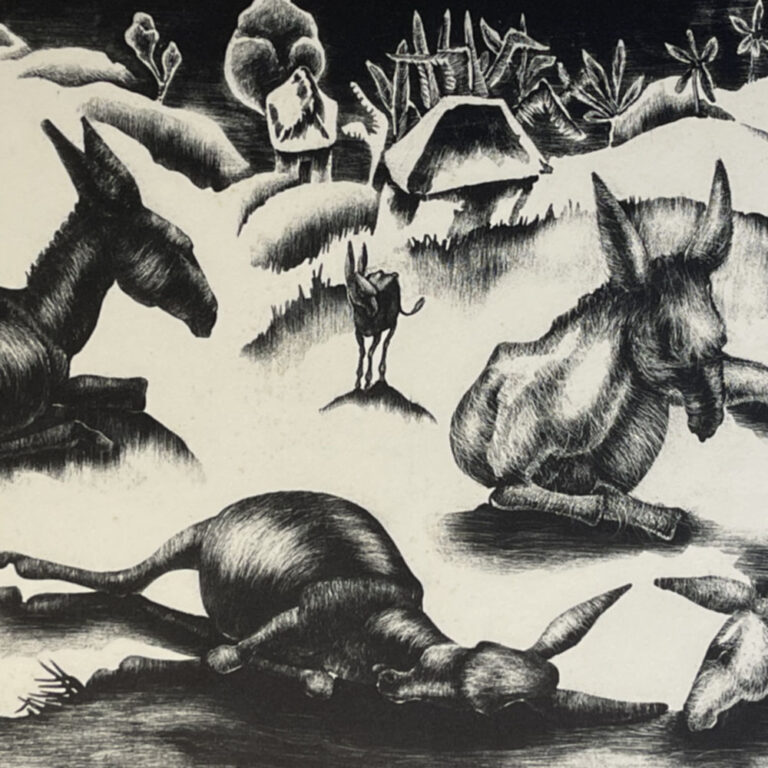 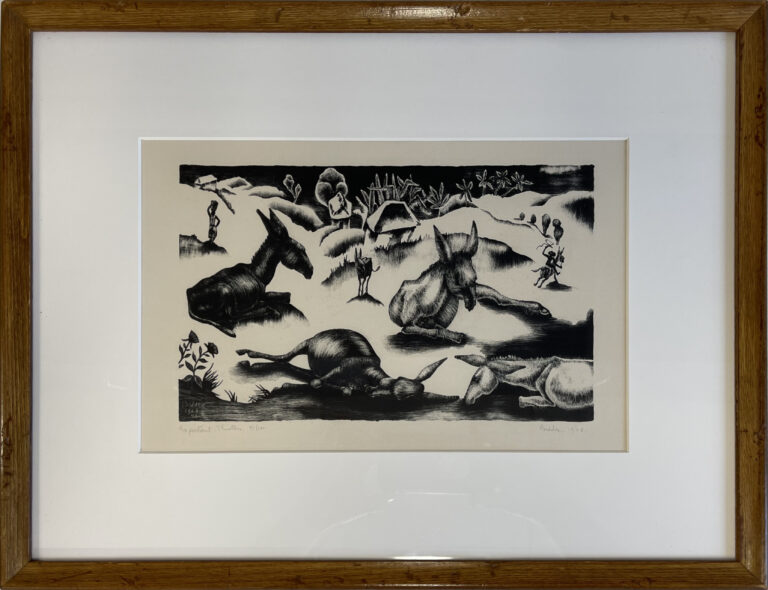 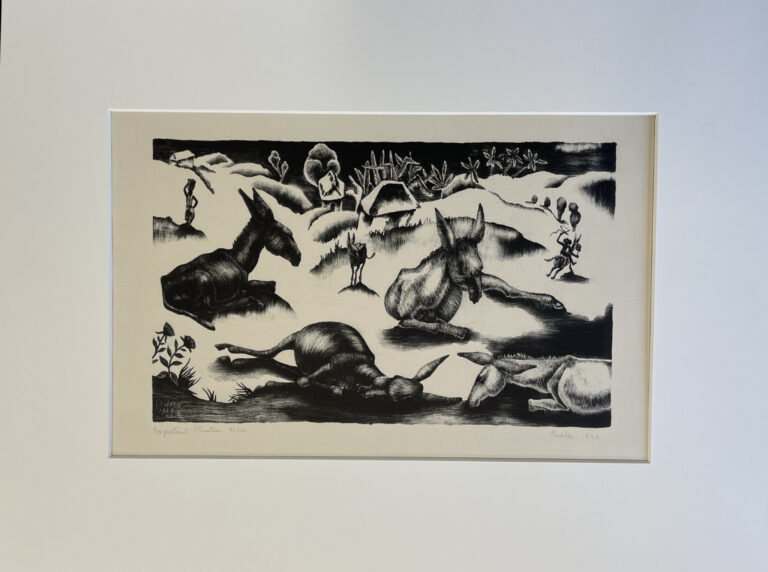 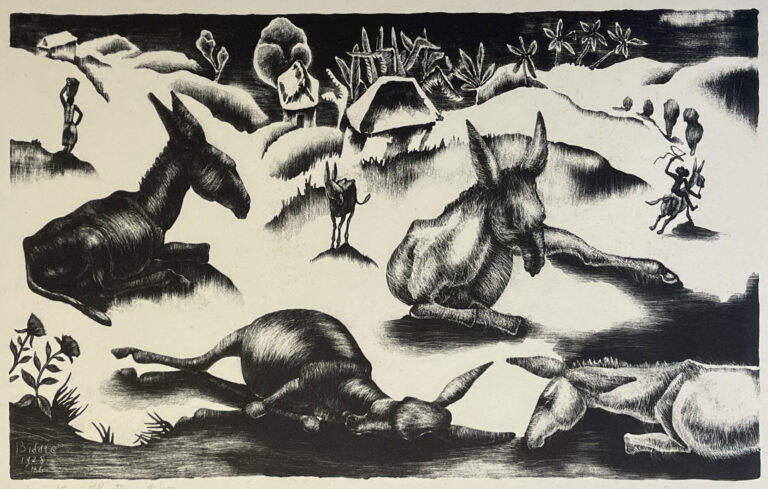 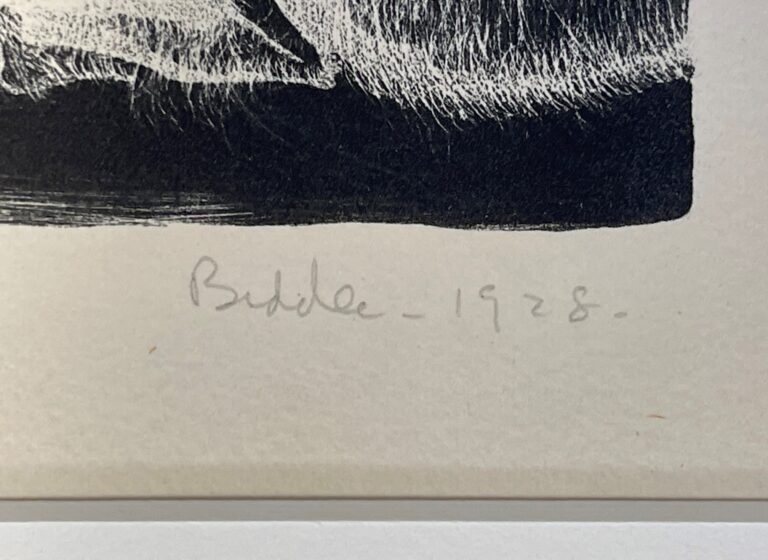 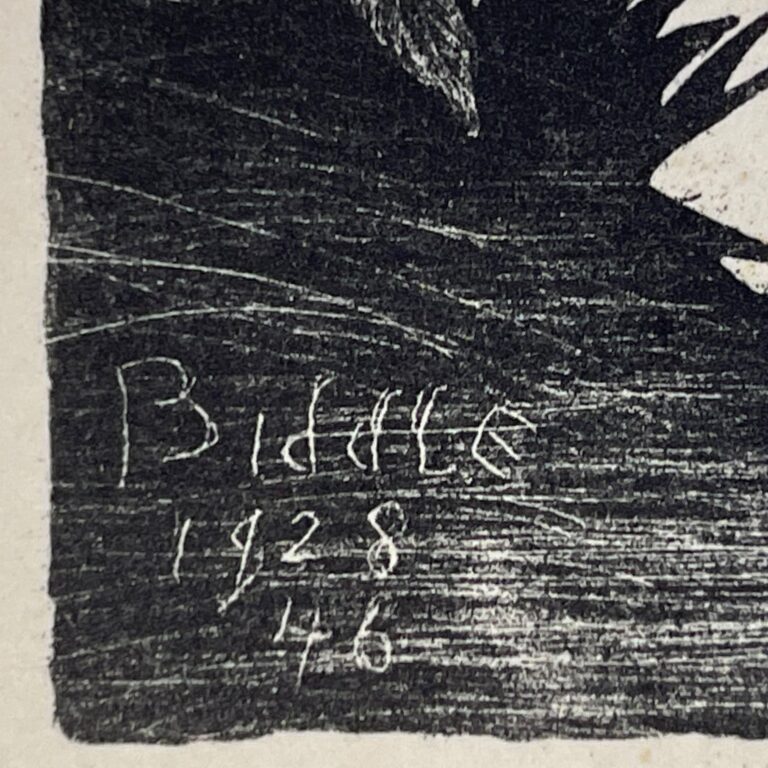 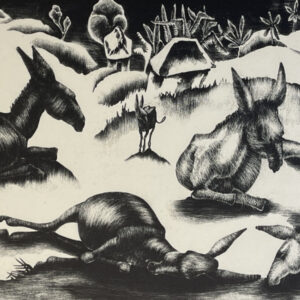 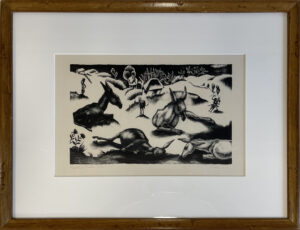 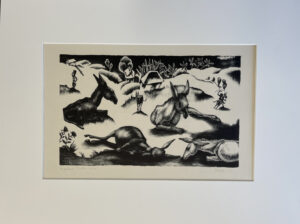 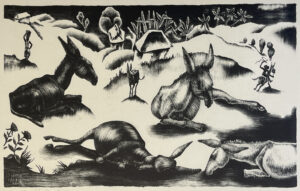 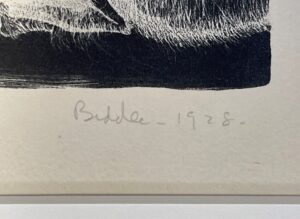 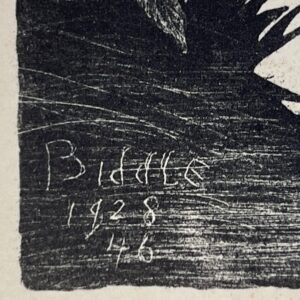 George Biddle was the mastermind behind the Public Works Art Project; it was his petition to FDR for the creation of a national arts program that sparked nationwide interest in government funding of the arts.  This work, depicting donkeys in various states of repose and decay in a loosely American southwestern setting, expresses some of the concerns of the New Deal artists: decay, struggle, rebirth, and the American landscape.  The symbolism of the donkey in the print relates to Biddle’s fascination with the Mexican Muralist movement, to which he was exposed when he toured Mexico with Diego Rivera.