Jean Elysée Puiforcat was a French silversmith, sculptor, and designer.  Miller’s Antiques Encyclopedia calls him the “most important French Art Deco silversmith”.  Though that might be a slight exaggeration, it certainly is not far from the truth.  As the fourth generation in his family’s silverwork workshop, he had a strong legacy behind him and an atelier filled with talented artists and craftsmen around him.  The production of his workshop continues to be treasured, with articles selling for better than $10,000 at auction.  Andy Warhol was a noted collector of Puiforcat silver.  His collection was sold at Sotheby’s in 1988 for $450,000.

Puiforcat excelled in the graphic arts. He produced  a vast body of small watercolors and drawings.  These works on paper, though, are rarely found.  Equally uncommon are multiples.

Puiforcat works can be found at the Cooper-Hewitt, the National Design Museum, Musee d’Orsay, and the Victoria & Albert Museum. 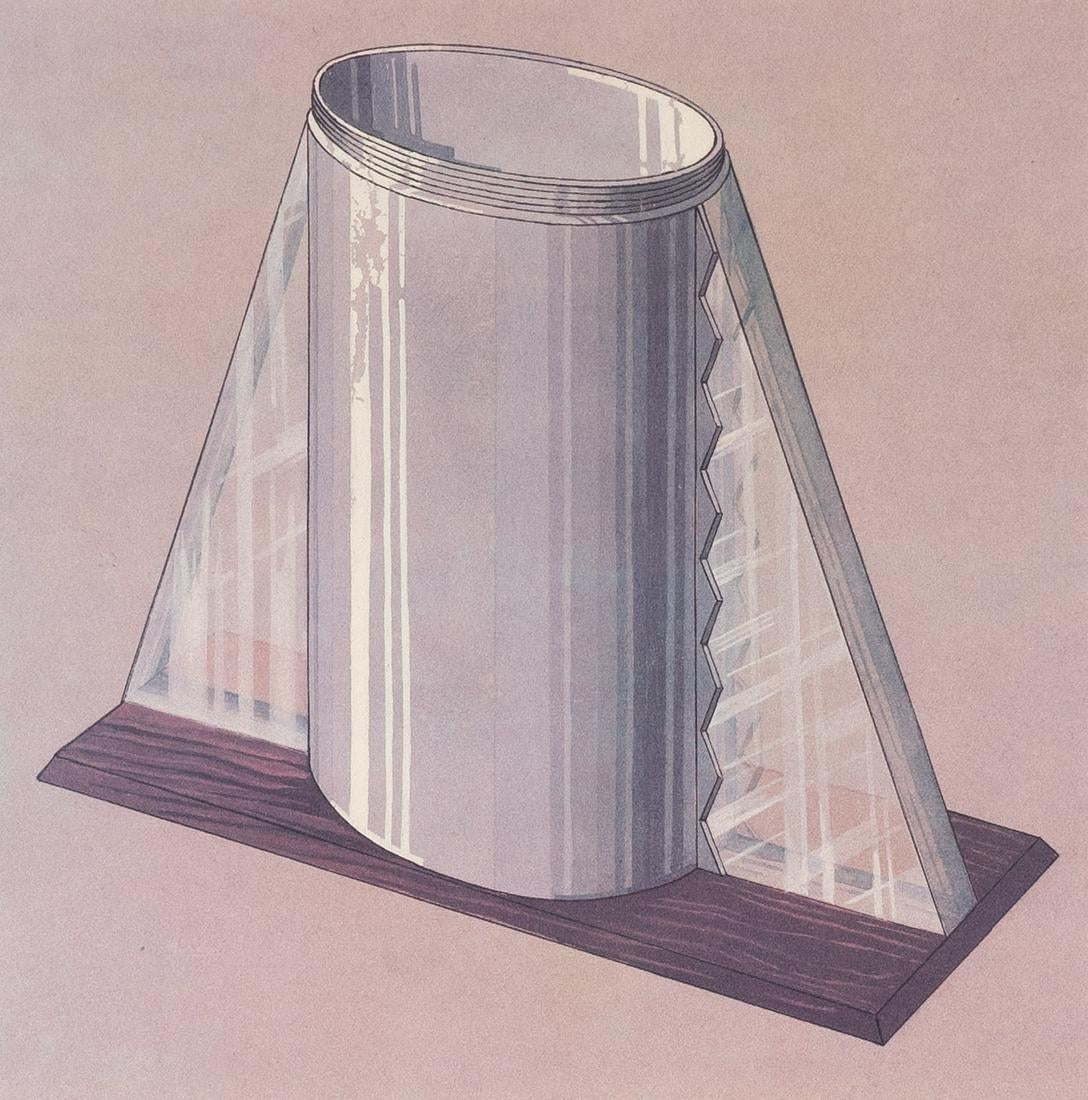 Study for a Trophy