Max Ernst was a German painter, sculptor, graphic artist, and poet.  He was a pioneer of the Dada movement and Surrealism.

Ernst grew up in a middle-class Catholic family. His father was a central figure in Max’s life, inspiring in Max a penchant for defying authority and leading Max to take up painting. In 1909, Ernst enrolled in the University of Bonn, where he studied philosophy, art history, literature, psychology, and psychiatry. He visited asylums and became fascinated with the art of the mentally ill patients; he also started painting that year. In 1911 Ernst befriended August Macke and joined his Die Rheinischen Expressionisten group of artists, deciding then to become an artist. In 1912 he visited the Sonderbund exhibition in Cologne, where works by Pablo Picasso and post-Impressionists such as van Gogh and Gauguin profoundly influenced his approach to art. His own work was exhibited the same year together with that of the Das Junge Rheinland group, at Galerie Feldman in Cologne, and then in several group exhibitions in 1913.

In 1914 Ernst met Hans Arp in Cologne. The two soon became friends and their relationship lasted for fifty years. After Ernst completed his studies in the summer, his life was interrupted by World War I. Ernst was drafted and served both on the Western and the Eastern front. The war was devastating to him.

After the war, Ernst visited Paul Klee in Munich and studied paintings by Giorgio de Chirico, which deeply impressed him. He soon produced his first collages, a technique which would come to dominate his artistic pursuits in the years to come. Also in 1919 Ernst, social activist Johannes Theodor Baargeld, and several colleagues founded the Cologne Dada group.

In 1921, Ernst met Paul Eluard, who became a close lifelong friend and collaborator. In 1922, unable to secure the necessary papers, Ernst entered France illegally.  Perhaps the beginning of a lifetime of romantic and sexual experimentation, Ernst settled into a menage a trois with Eluard and his wife Gala in Paris suburb Saint-Brice, leaving behind his wife and son. During his first two years in Paris Ernst took various odd jobs to make a living and continued to paint. During his stay in Paris, Ernst adapted Freud’s theories as a unifying paradigm that subtends the theoretical, technical, textual, and visual components of his art. The same year his works were exhibited at Salon des Indépendants.

Constantly experimenting, in 1925 Ernst invented a graphic art technique called frottage, which uses pencil rubbings of objects as a source of images.  The next year he collaborated with Joan Miro on designs for Sergei Diaghilev. With Miro’s help, Ernst pioneered grattage, in which he troweled pigment from his canvases to reveal the imprints of the objects placed beneath. He also explored with the technique of decalcomania, which involves pressing paint between two surfaces.

In September 1939, the outbreak of World War II caused Ernst to be interned as an “undesirable foreigner” in Camp des Milles, near Aix-en-Provence, but thanks to the intercession of friends, he was released a few weeks later. Soon after the German occupation of France, he was arrested again, this time by the Gestapo, but managed to escape and flee to America with the help of Peggy Guggenheim. Ernst and Guggenheim arrived in the United States in 1941 and were married the following year. Along with other artists and friends (Marcel Duchamp and Marc Chagall) who had fled from the war and lived in New York City, Ernst helped inspire the development of Abstract expressionism.

In 1948, Ernst wrote the treatise Beyond Painting, the publicity from which led to financial success.

Although Ernst is better known by art historians and academics than by the general public, his influence in shaping the direction of mid-century American art (particularly Abstract Expressionism) is easily recognizable. He had a particularly strong influence on Abstract Expressionists Jackson Pollock, Mark Rothko, and Willem de Kooning, to name just a few.  Ernst’s arrival in New York during World War II, along with other European avant-garde painters such as Marcel Duchamp, Marc Chagall, and Piet Mondrian, electrified a generation of American artists. Ernst’s rejection of traditional painting, in favor of his own unique techniques (collage, frottage, grattage) captivated young American painters, who similarly sought to forge a fresh and unorthodox approach to painting.

Ernst’s work is found in virtually all major museums globally, including a museum dedicated to his work and his role in art history. 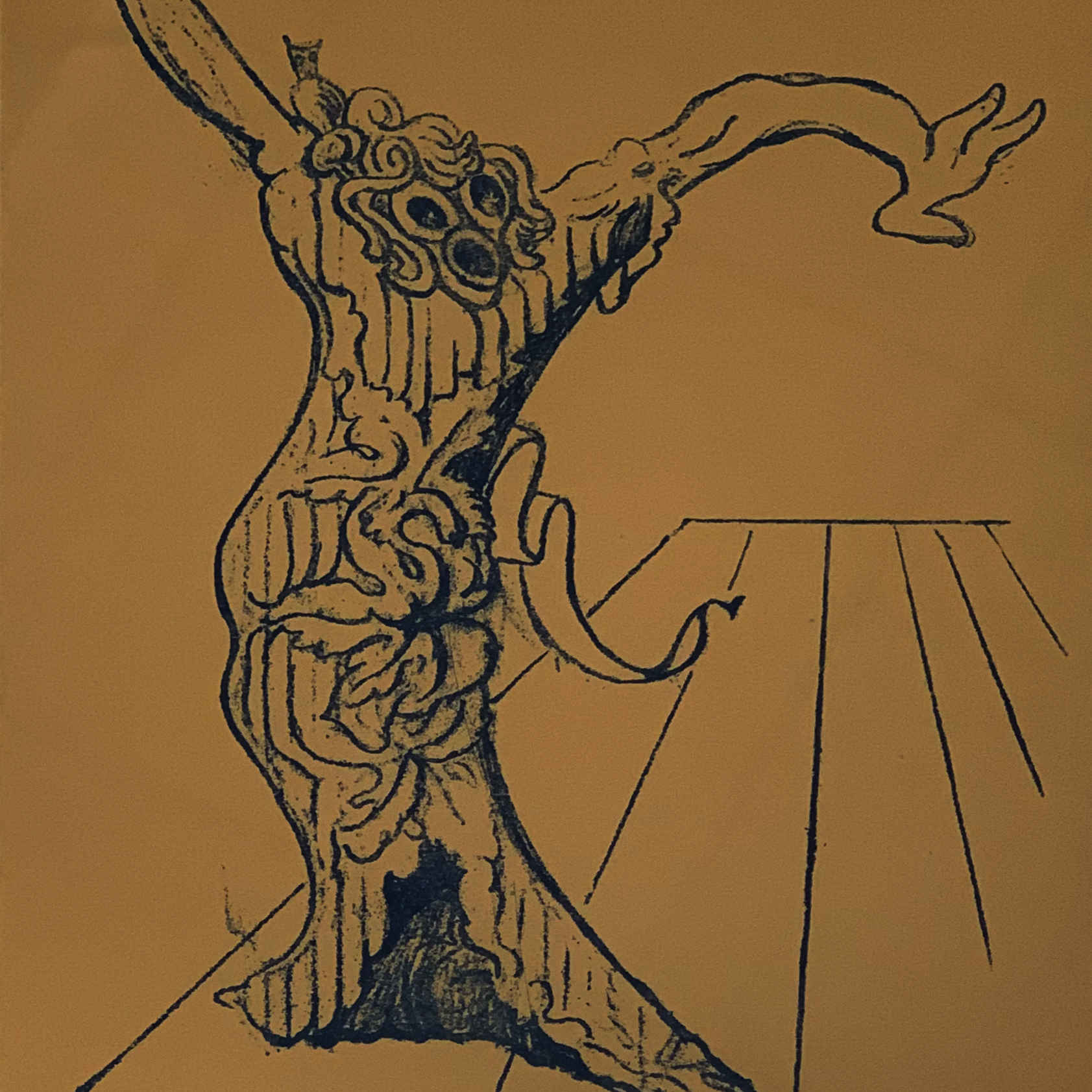 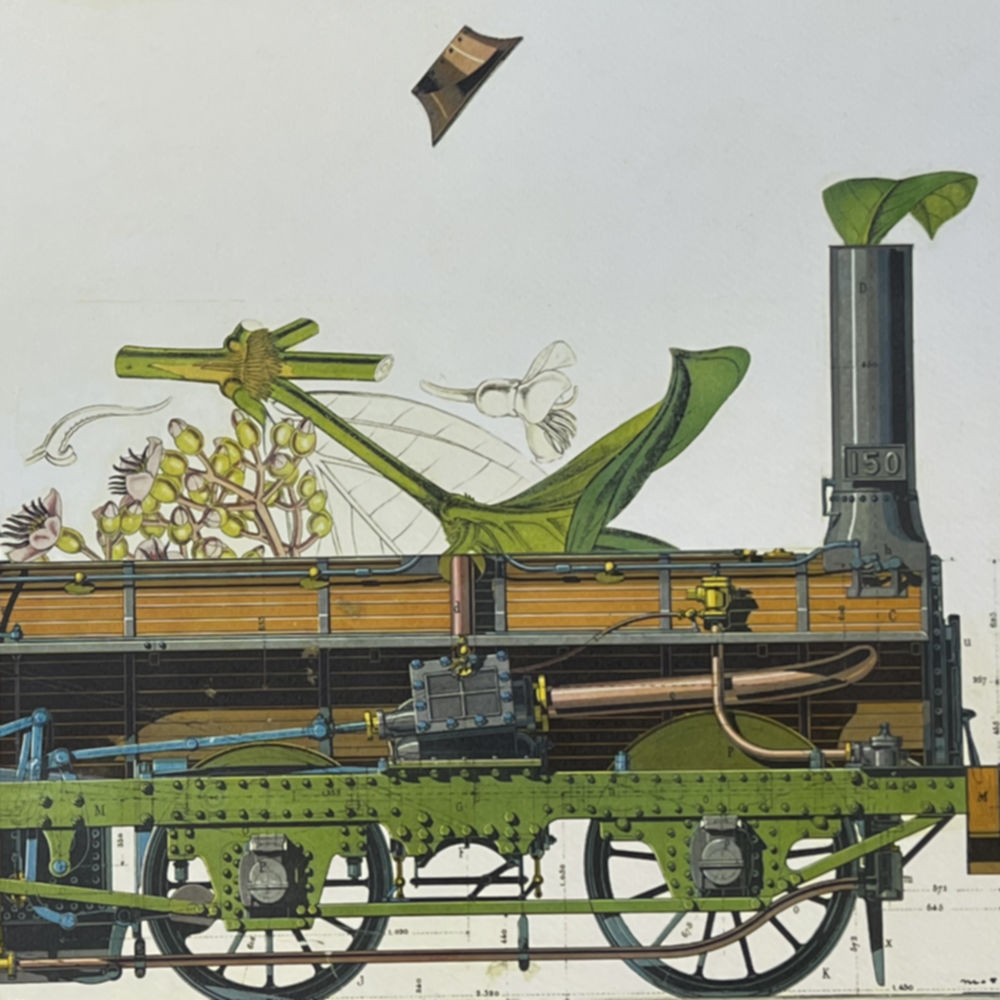 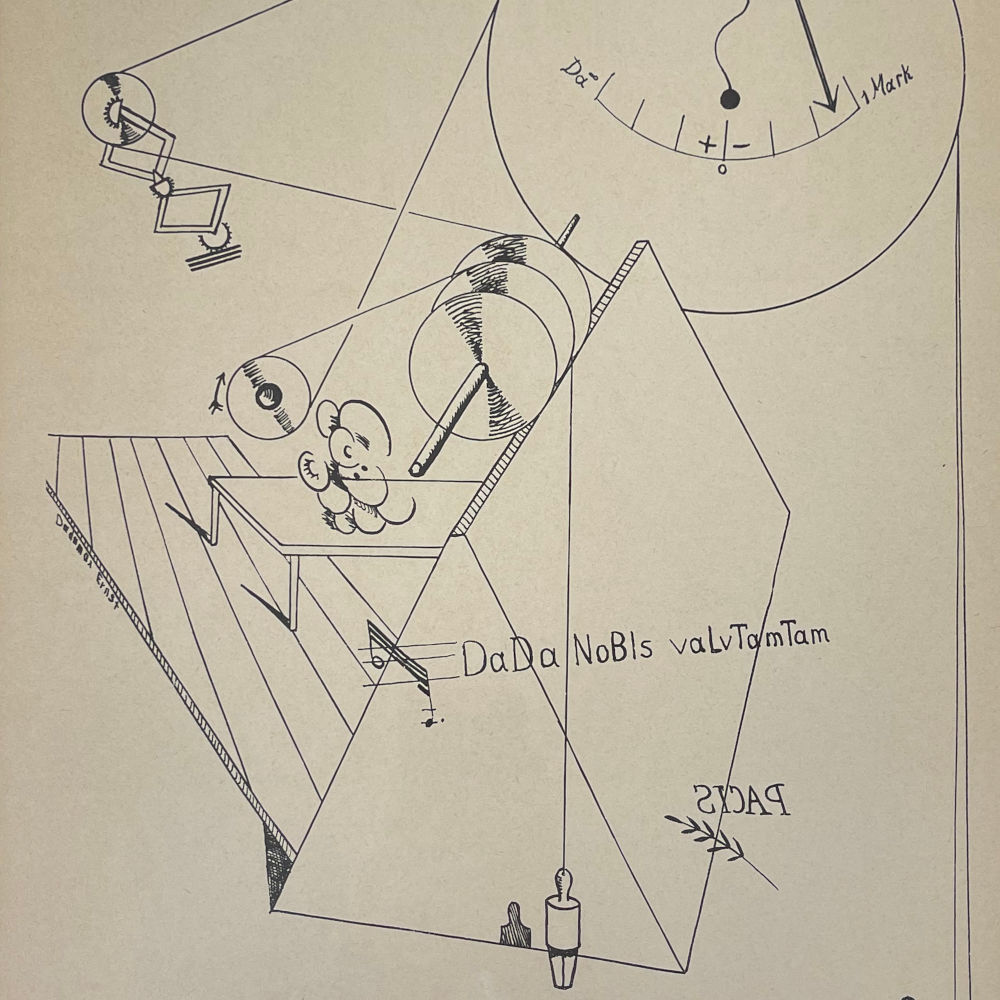 Let There Be Fashion, Down With Art