Karel Appel, a Dutch artist, famously started painting at the age of fourteen.  He showed such promise and aptitude that a wealthy uncle gave him a paint set and an easel for his fifteenth birthday.  As a young man, Appel left home to study art at the Rijksakademie van Beeldende Kunsten in Amsterdam.  He moved not only because his parents opposed his decision to become an artist but also because he had to hide from the German police during the Nazi occupation else he would be sent to work in the German weapons industry.

In 1948, Appel participated in the formation of a group of artists known as “CoBrA” (derived from “Copenhagen”, “Brussels”, and “Amsterdam”—the places where the founders lived).  This association was central to his career.  The work of CoBrA artists was sensational and scandalous and met with extraordinary disapprobation.  In fact, the criticism he faced was so intense that he fled Amsterdam, moving to Paris in 1950.  That marked the start of his peripatetic years, travelling world-wide—and building the global reputation which made him a blue chip artist.

Notably, while CoBrA was hated in the Netherlands, it was loved in Denmark.  Interestingly, CoBrA artists in Denmark worked collectively on murals in homes, which encouraged and intensified the use of the “childish” and “spontaneous” picture language used by CoBrA artists.  And that, of course, explains the child-like figures which typify Appel’s work.

Appel had his first sole show in 1946. He had his first American gallery exhibition in 1954 at the legendary Martha Jackson Gallery and in 1955 his painting Child and Beast II was included in the influential exhibition “The New Decade at the Museum of Modern Art“.  Appel’s work has been exhibited in countless galleries and is held by innumerable museums, including the Guggenheim, the Israel Museum, and MOMA. 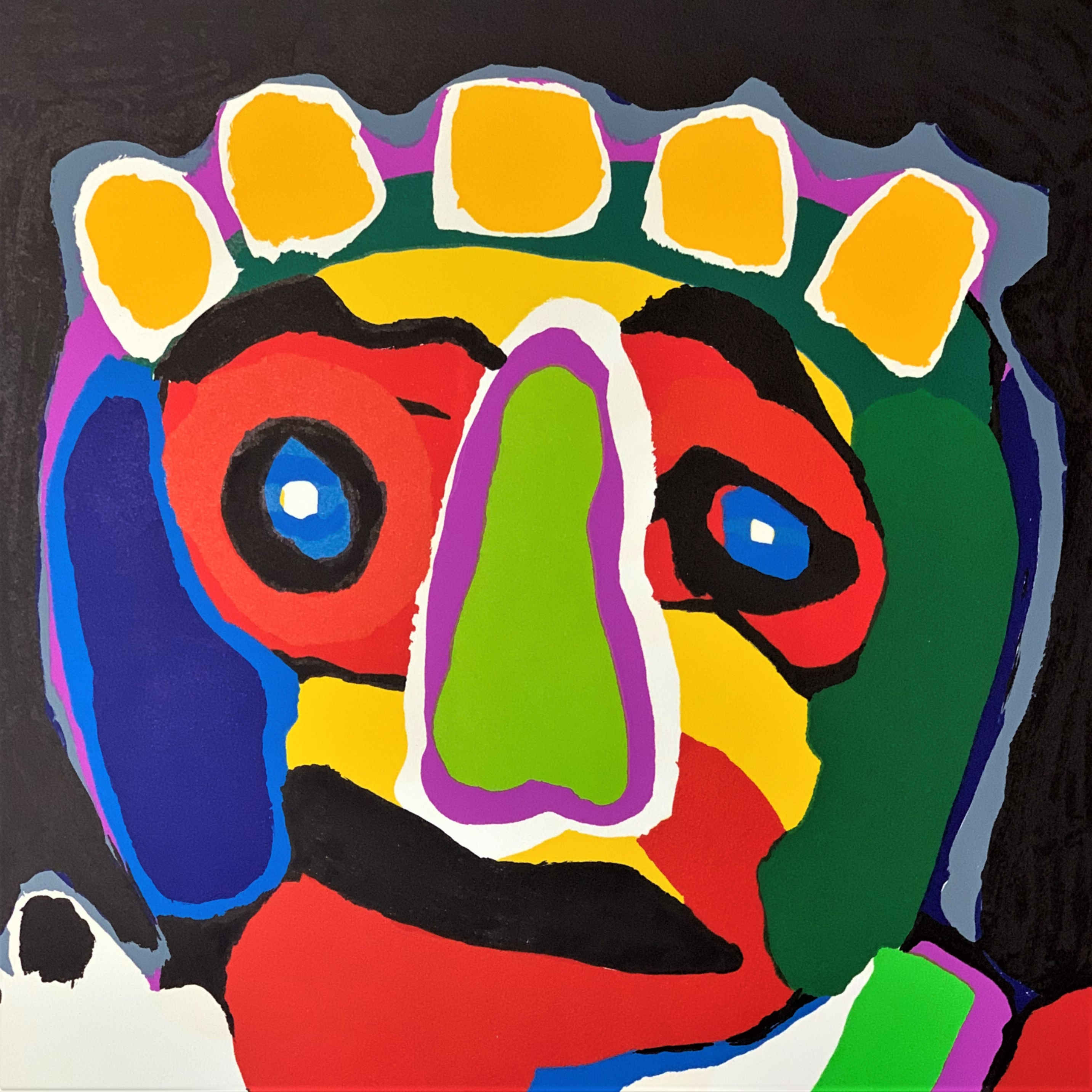 Untitled, from the Two Faces series