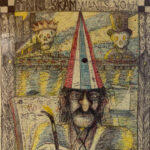 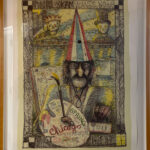 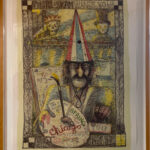 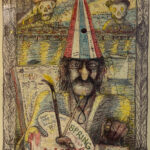 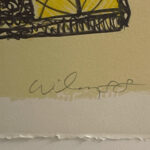 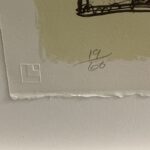 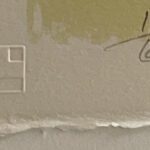 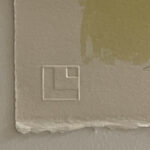 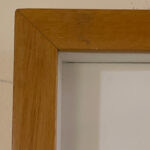 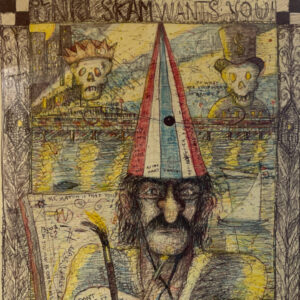 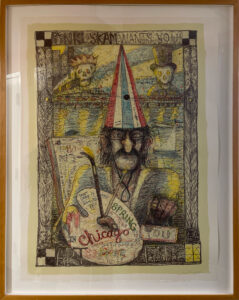 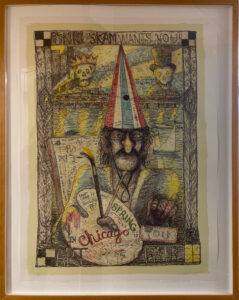 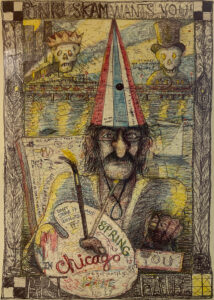 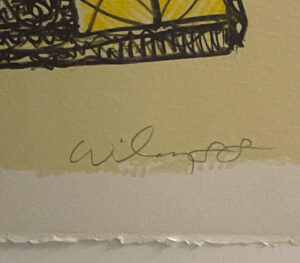 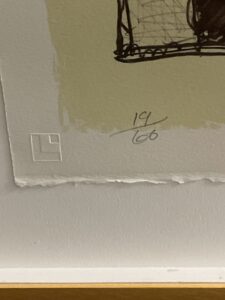 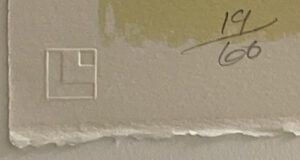 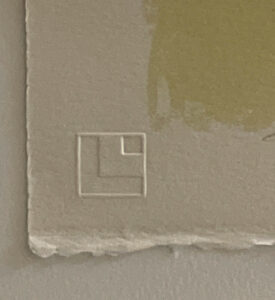 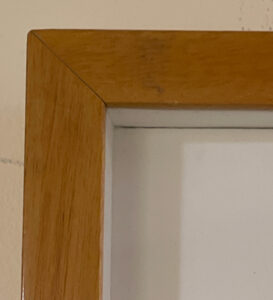 William T. Wiley was the very heart of California’s exuberant, colorful, political, and completely irreverent Funk Art movement of the 1960s and 1970s. Funk art was about narrative, about the events of the world, the stories of the day. With the help of Mr. Unnatural—a stand-in for Wiley who often appeared in Wiley’s works—expressing anguish over nuclear spills and the despoliation of the natural world, Wiley told the stories of the world using vernacular otherwise found in comic books and children’s books.

Wiley—widely considered to be the most influential art teacher in the Bay area in the 1960s—famously exhorted his students to remain open to everything except for theory or ideology. Importantly, funk art was blossoming in California while New York was diving deeper and deeper into cool Minimalism. But funk art was not only about the rejection of Formalist Reduction theory. It was about the opposite—it was about content, message. And that, obviously, is all very apparent in this work.

Title:
Unkl Skam
Medium:
Lithograph in Many Colors
Publisher:
Landfall Press, Inc., Santa Fe
Date:
1988
Signature:
Signed by the artist in pencil, en recto lower right.  Editioned, in pencil, en recto lower left.  Printer’s chop en recto lower left margin.
Edition:
This is the 19th impression from the edition of 60.
Framing:
This work is in its original frame. Please inquire if you would like the work reframed before delivery.
Condition:
Fine condition.
Framed Size:
44 in. (h) x 31.5 in. (w) x 1 in. (d)
Sheet Size:
38.25 in. (h) x 31.5 in. (w)
Exhibition History:
The Toledo Museum of Art exhibited this work at its New Works on Paper exhibition in 2005-2006.

I am the footer call-to-action block, here you can add some relevant/important information about your company or product. I can be disabled in the Customizer.
Get In Touch
Copyright Washington Color Gallery 2022 - All Rights Reserved
Back To Top