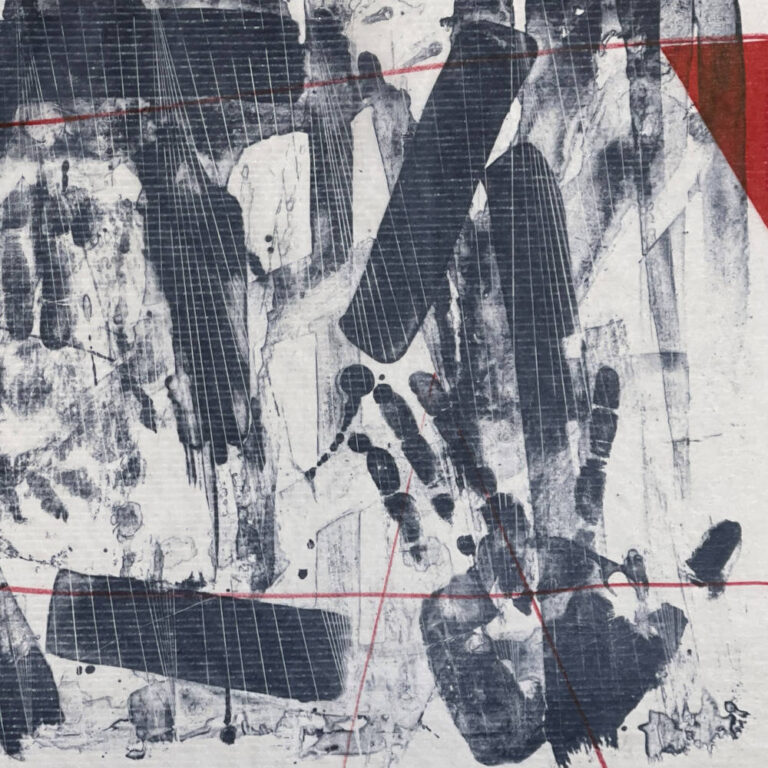 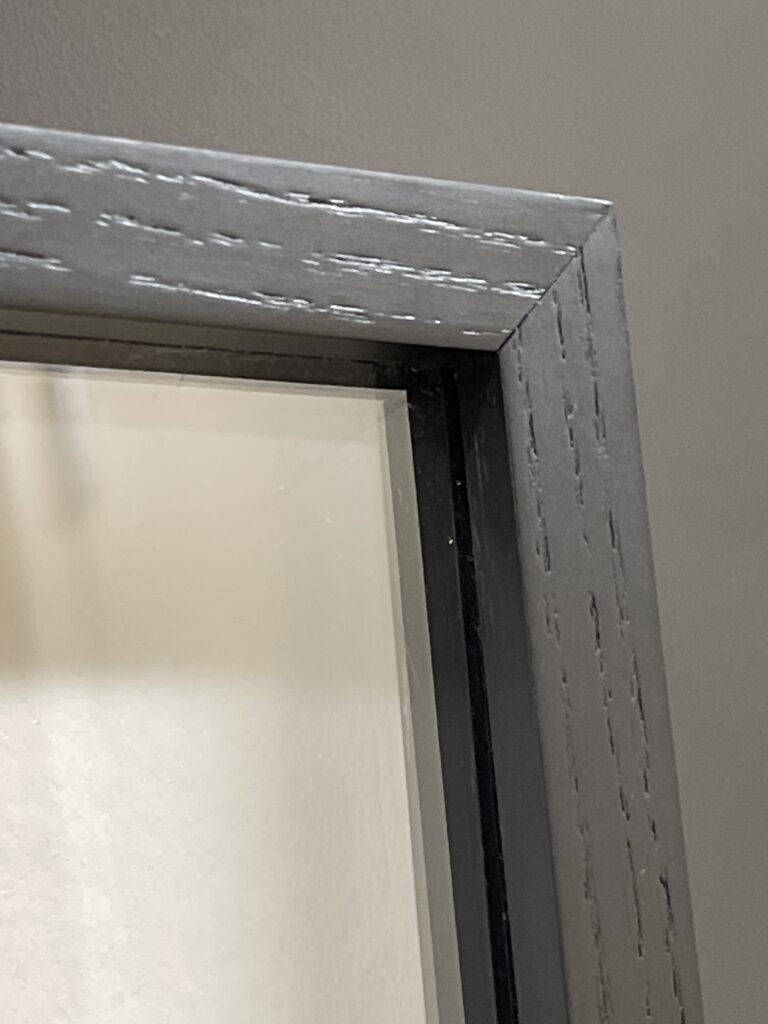 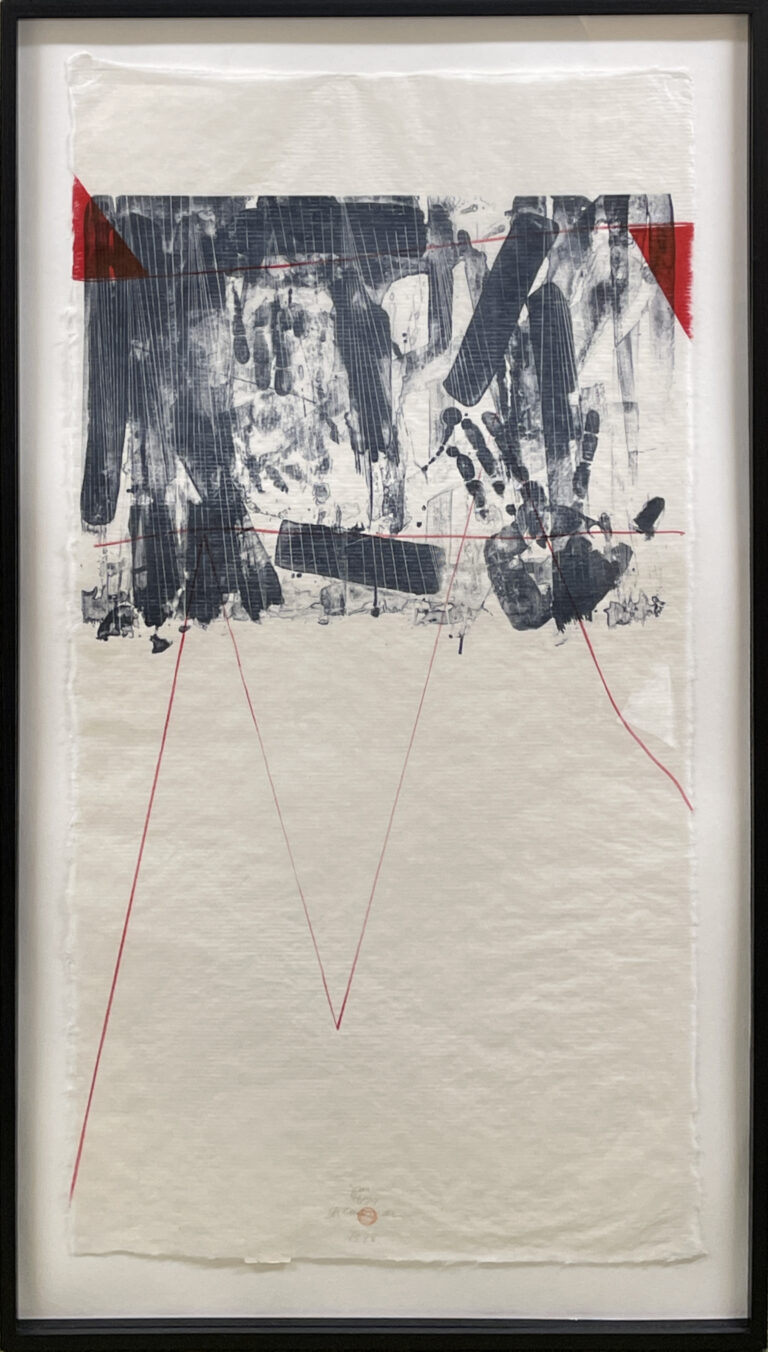 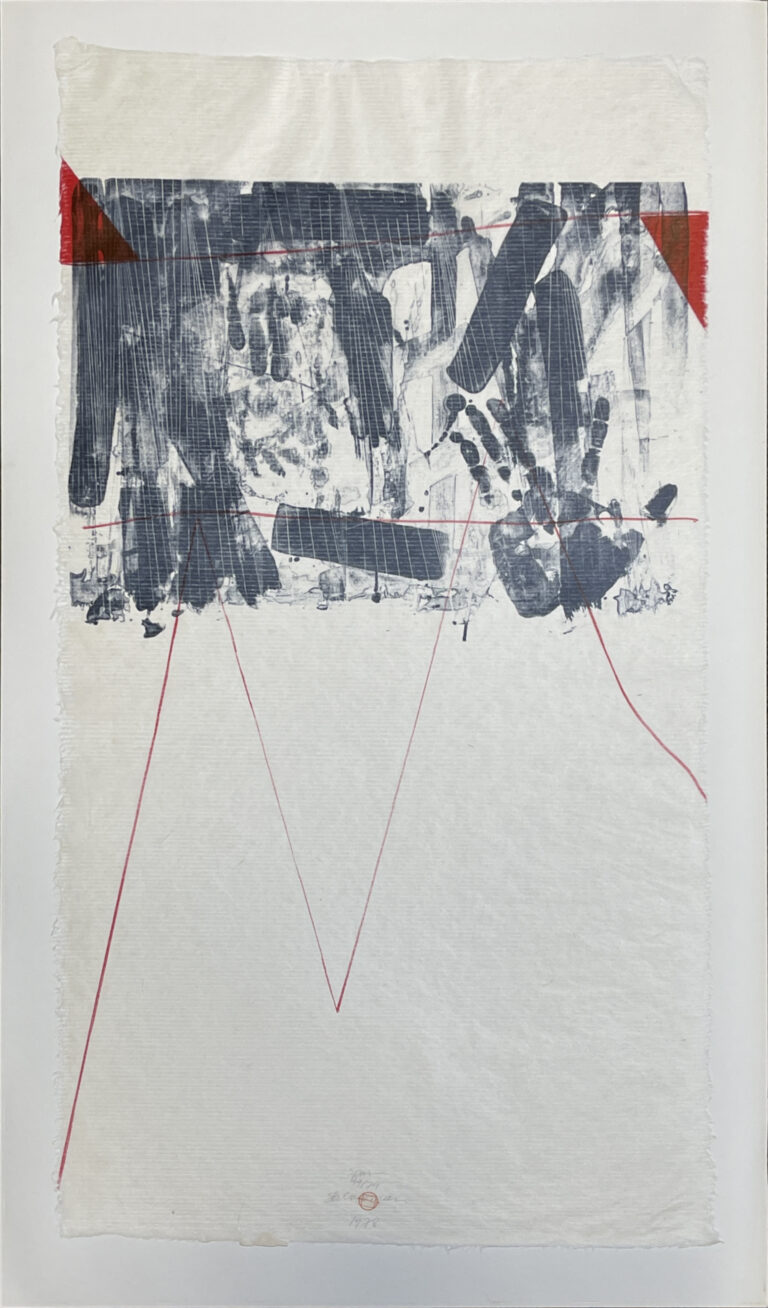 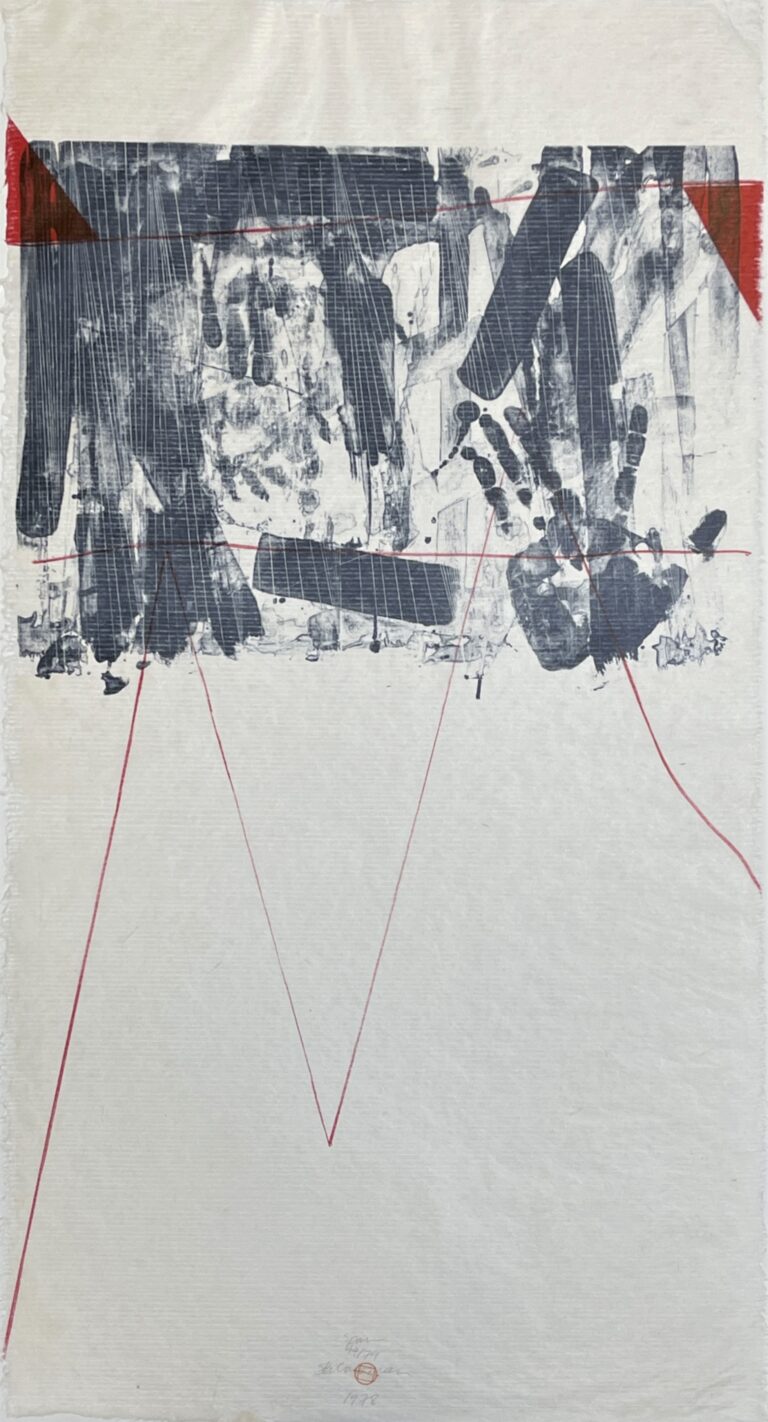 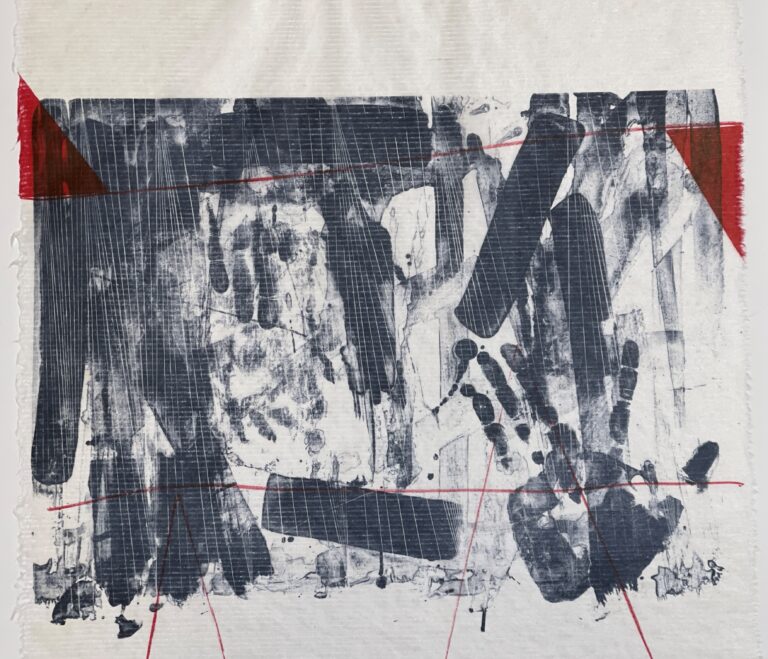 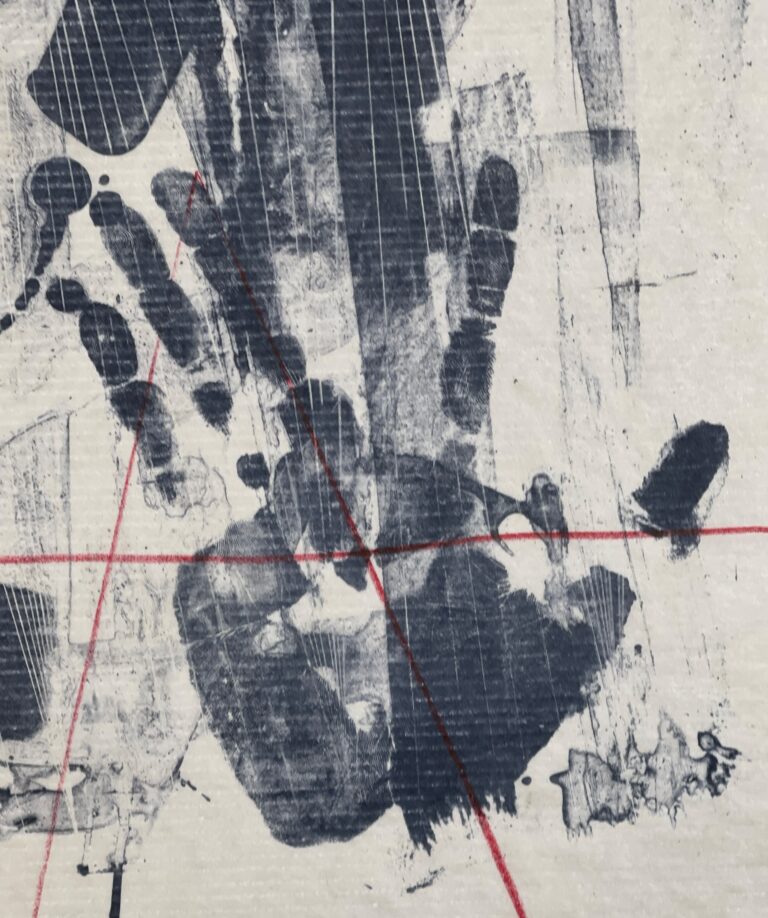 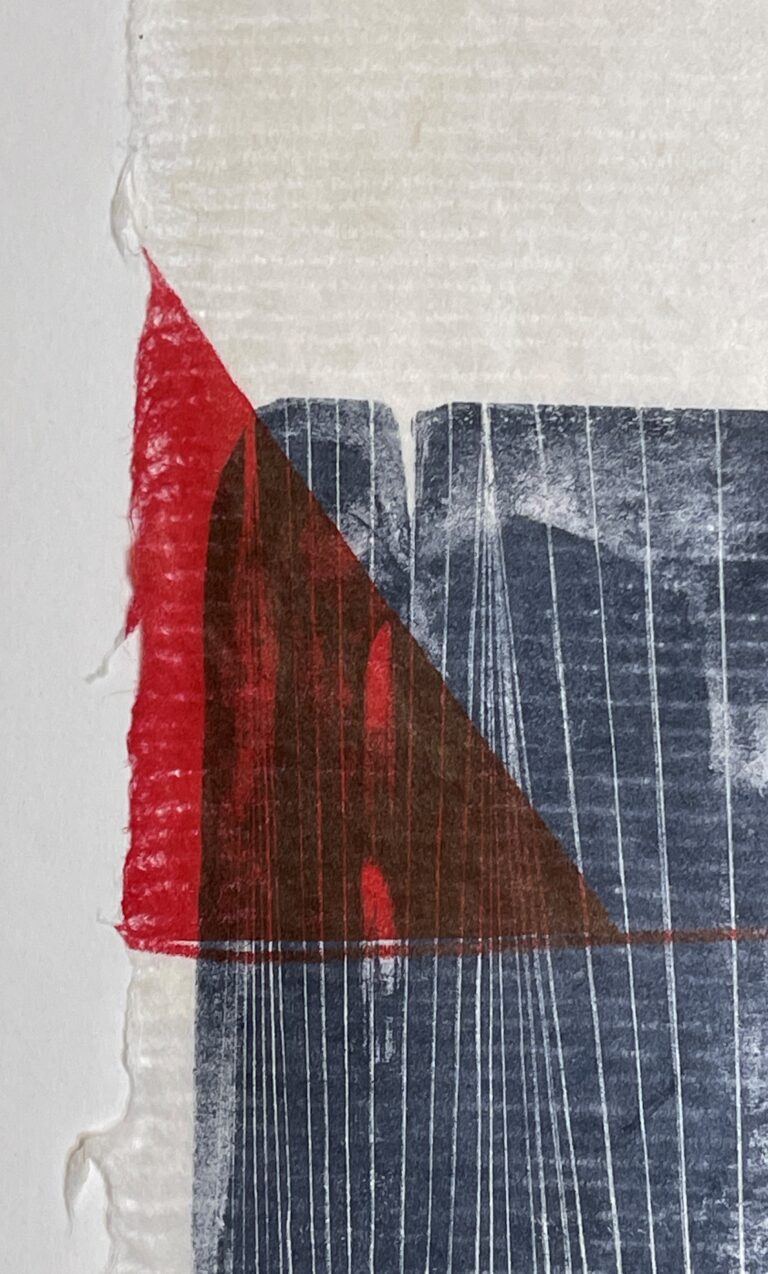 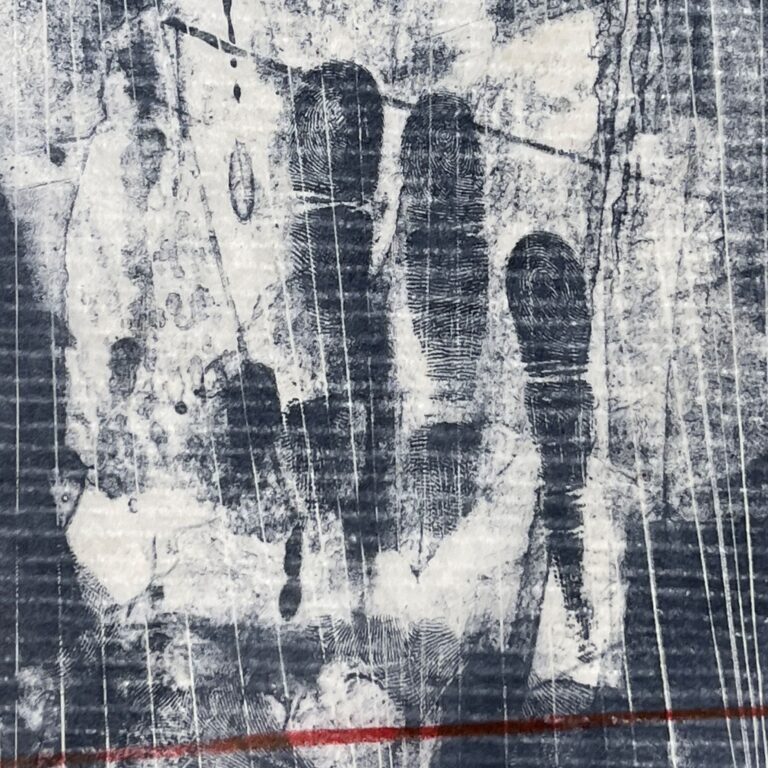 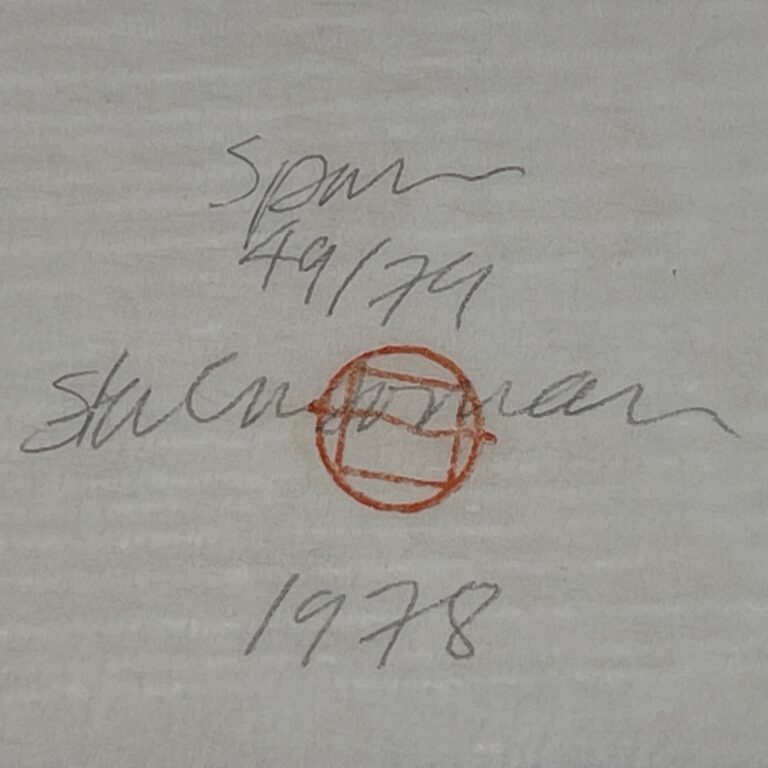 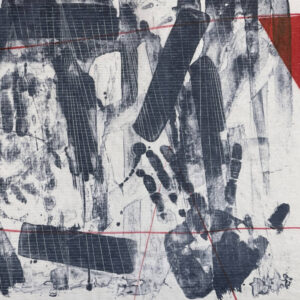 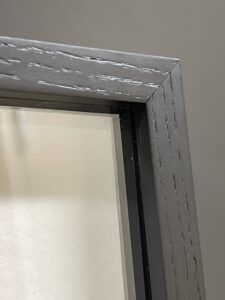 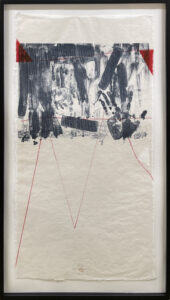 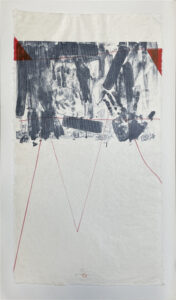 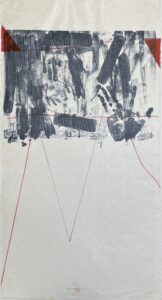 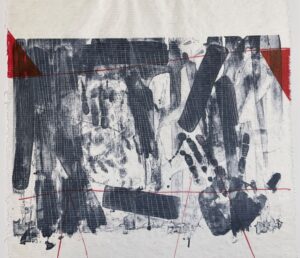 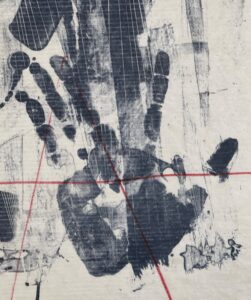 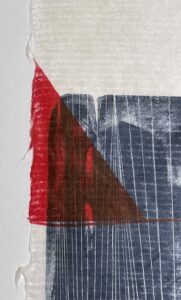 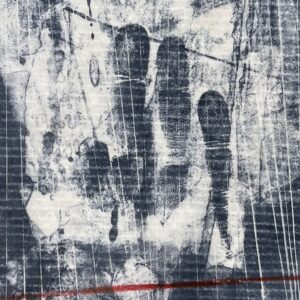 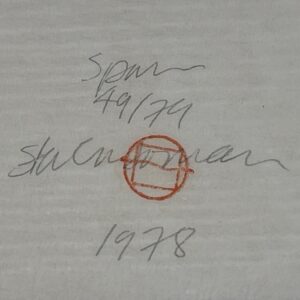 Steven Sorman was commissioned to produce this work as part of a project sponsored by Northwestern National Bank of Minneapolis to support and promote the visual arts. Fifteen works by fifteen artists were commissioned, each of which was printed by the artist working alongside master printer Steven M. Andersen.

Andersen had founded his Minneapolis printshop, Vermillion Editions Limited, only the year before (where he would later go on to print works at Vermillion by Red Grooms, Robert Mapplethorpe, James Rosenquist, Sam Gilliam, and many other).  This work is a reflection of its artist’s vision and craft, but Anderson plays an outsized role (as is often the case with master printers) because he was such a legend in printmaking.  In fact, while he was still in art school in New York, Andersen had collaborated with Chuck Close, Helen Frankenthaler, Jasper Johns, Marisol and Larry Rivers; after graduating he set up the Styria Studio and the print studio at Parsons School of Design and joined the faculty of Cooper Union. He printed Andy Warhol’s Chairman Mao series.

This print is the very work which was hung in the Portfolio 15 exhibition.

Medium:
Lithograph in two colors printed from one stone and one aluminum lithographic plate
Paper:
Printed on Japan Yanagi (willow) paper
Edition:
Impression 49 out of the edition of 79
Signature:
Signed by the Artist, in pencil, en recto bottom center, with date, title, and editioning.
Date:
1978
Framing:
Custom matted and framed in a black-painted maple frame behind 99% UV-blocking Plexiglass using strictly conservation-grade materials.
Condition:
Very good condition. With the signs of handling which are inevitable with the use of this super-fine and light-weight Yanagi paper.
Framed Size:
43.75 in. (h) x 24.75 in. (w) x 1.5 in. (d)
Sheet Size:
38.5 in. (h) x 24.75 in. (w)
Exhibition History:
This print was exhibited at Portfolio 15 which launched in Minneapolis before touring the nation.  This appears to be the very print which was shown at that exhibition.
Publications:
Catalogue Raisonne: VEL 263