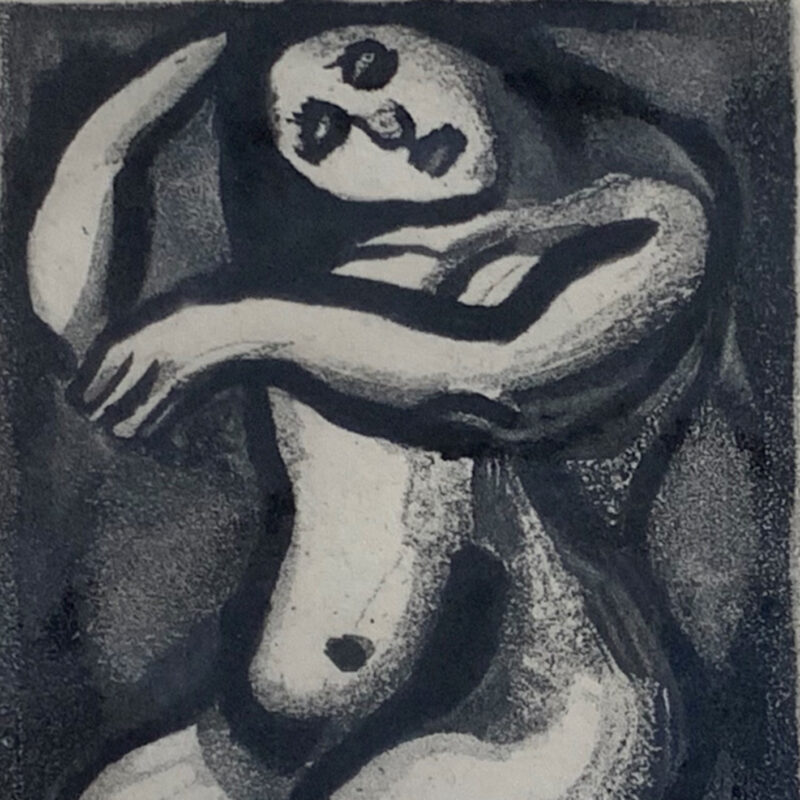 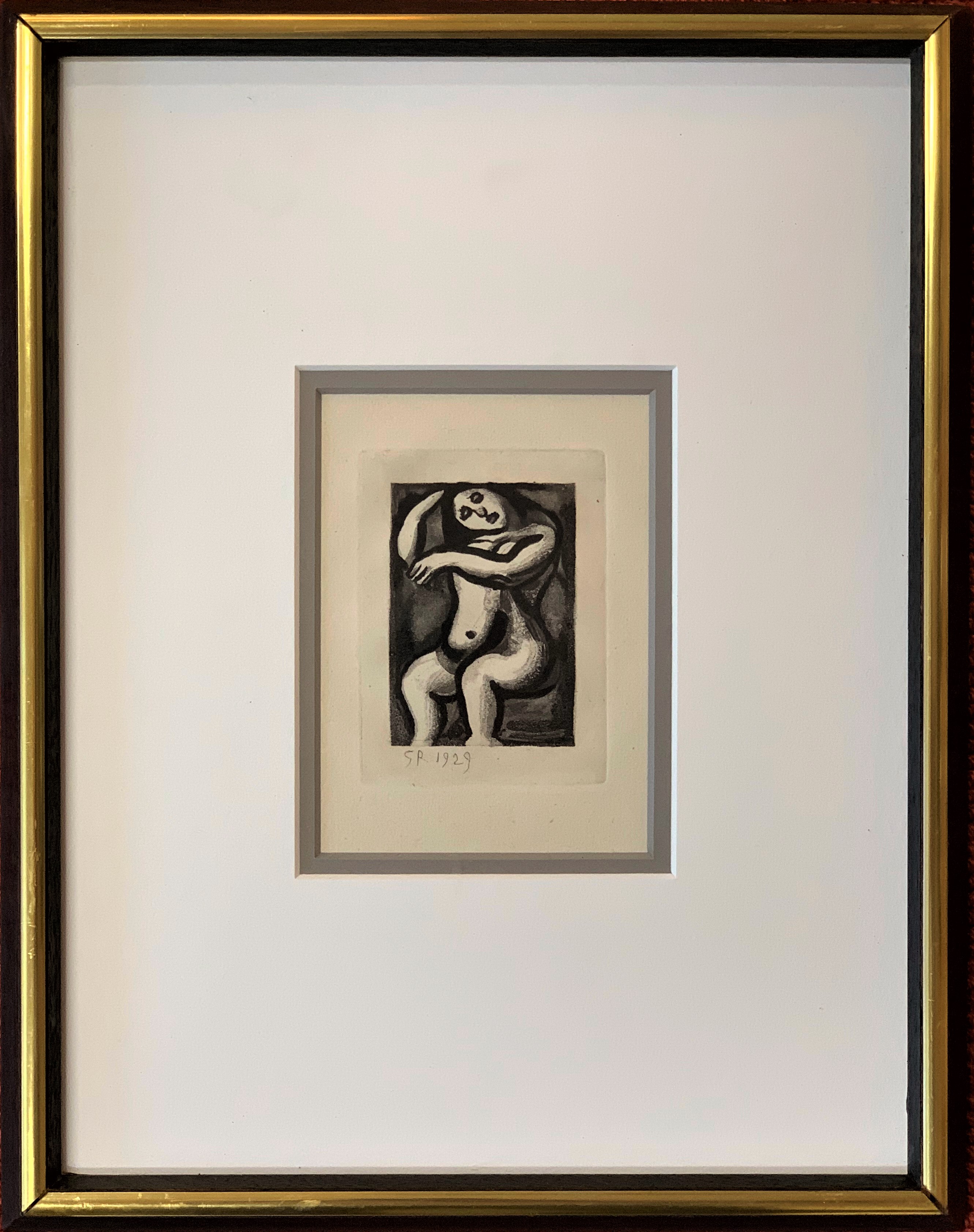 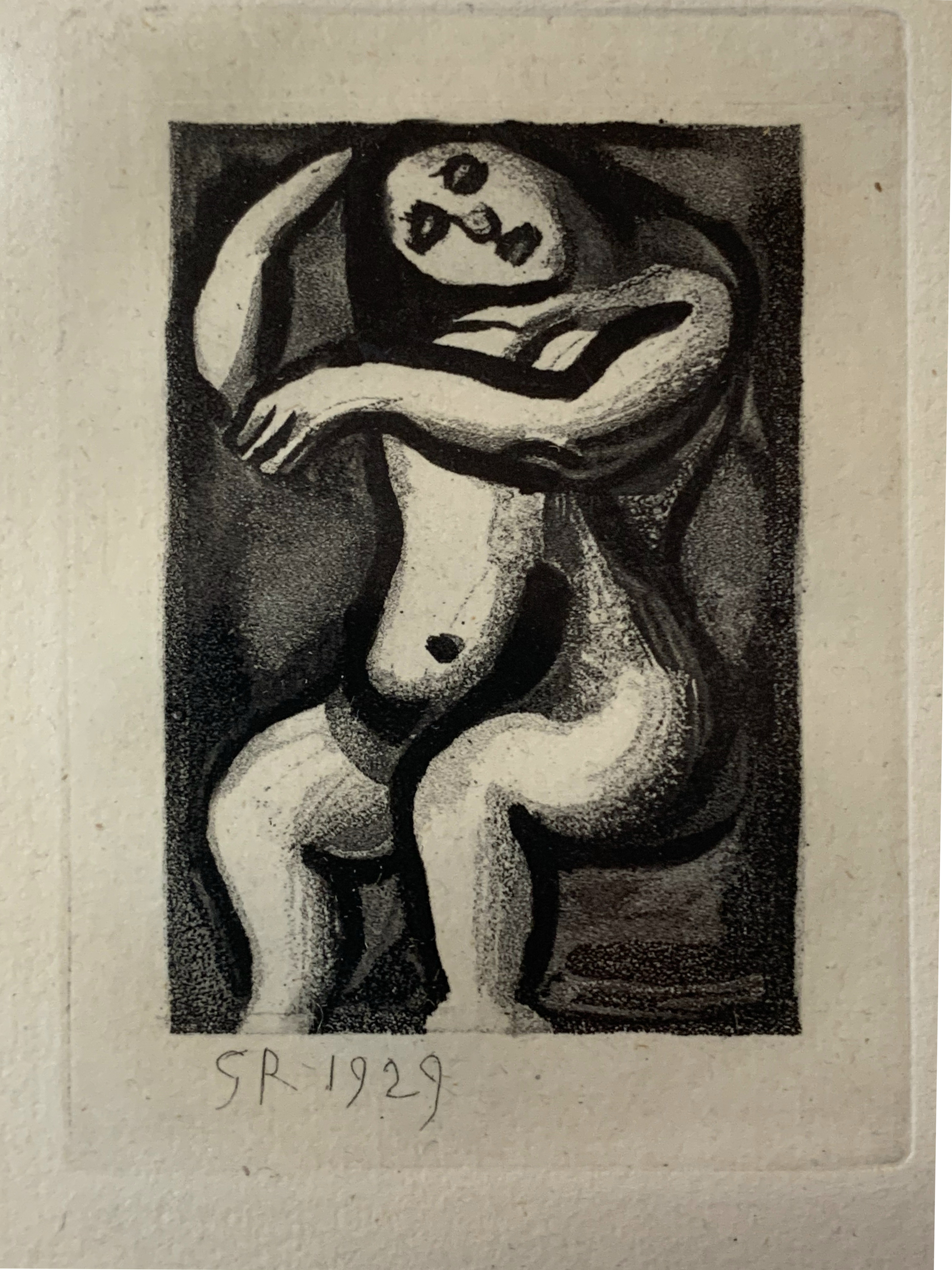 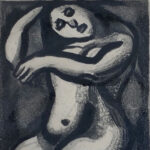 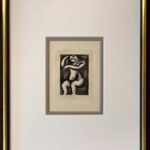 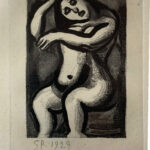 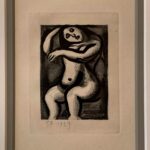 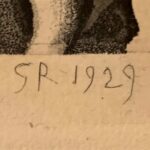 French artist Georges Rouault was a pioneering expressionist painter and a major figure in modern printmaking.  His work is immediately recognizable for the thick black brushstrokes that outline their subjects.

Rather than create pleasing “armchair” pictures like those of many of his contemporaries, Rouault applied his dramatic and intense painterly style to religious subjects, clowns, and circus performers, using these motifs to reflect on religion, morality, and modern life.

In 1896, French playwright Alfred Jarry premiered his play, Ubu Roi (“Ubu the King”).  It was first performed in Paris at the Théâtre de l’Œuvre, causing a near-riot in the audience.  Ubu Roi is a comic and bizarre play.  Ubu Roi is infantile, glutinous, dishonest, greedy, a bully, an ingrate, a coward, and abusive of those weaker and even more cowardly than he.  And, most of all, Jarry’s Ubu Roi is a metaphor for Jarry’s view of the modern man.  It is a satire of the exercise of power and greed by the bourgeoisie abusing the authority engendered by their success.  Many audience members were horrified by the childishness, obscenity, and disrespect permeating the play, but to others it was an event of revolutionary importance.  The play became infamous and its author an avant-garde hero.  Indeed, it is now recognized as a pivotal event to the start of Twentieth Century modernism and Surrealism.

Rouault’s illustrations for Réincarnations de Père Ubu marked Rouault’s earliest use of photogravure techniques, and display a combination of etching and aquatint.

Examples of this work are held in the collection of the Fine Arts Museums of San Francisco and many other important museums.