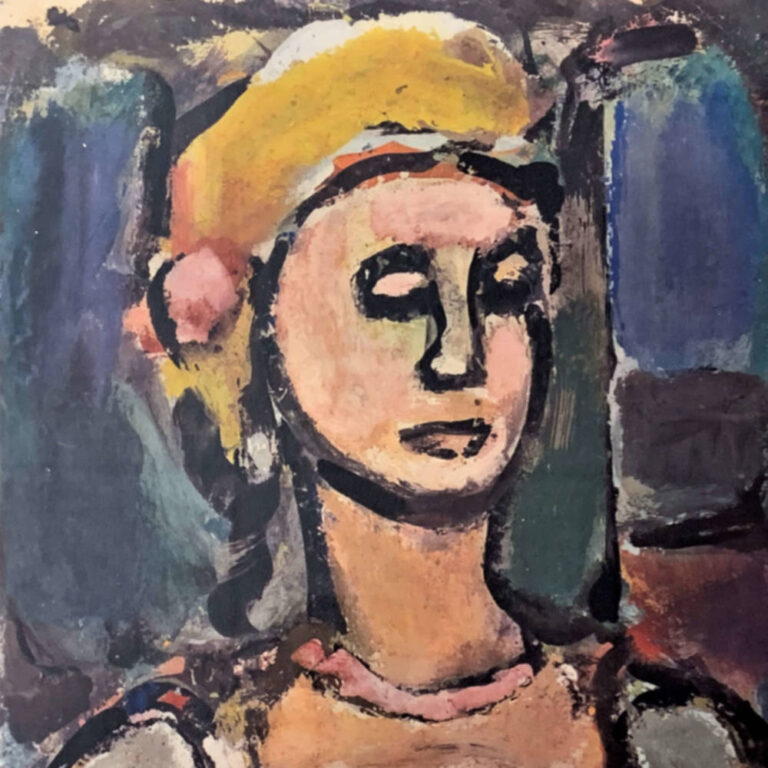 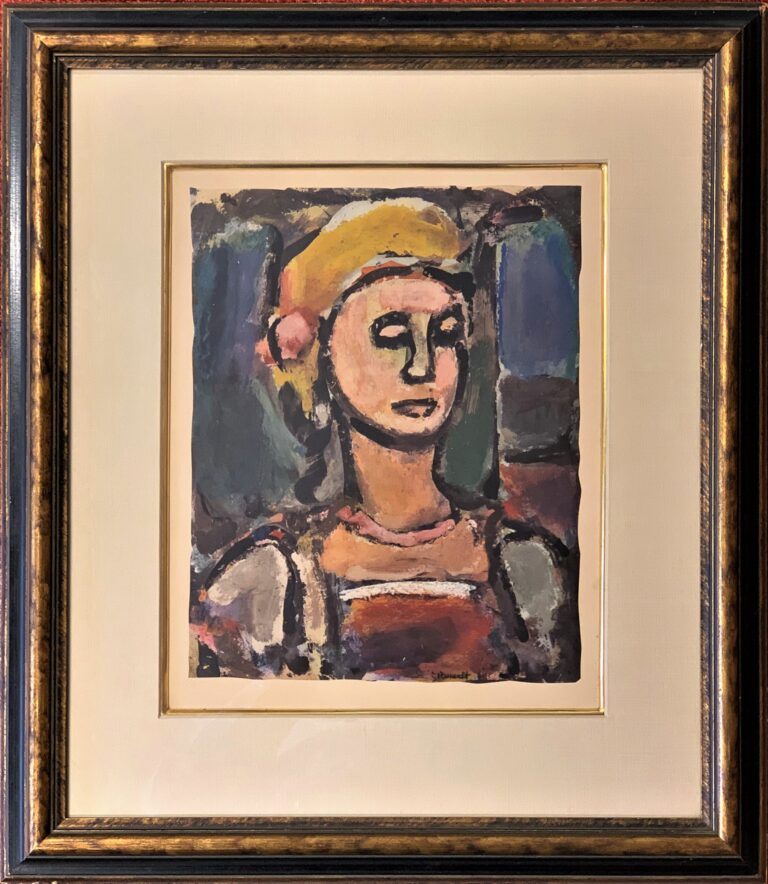 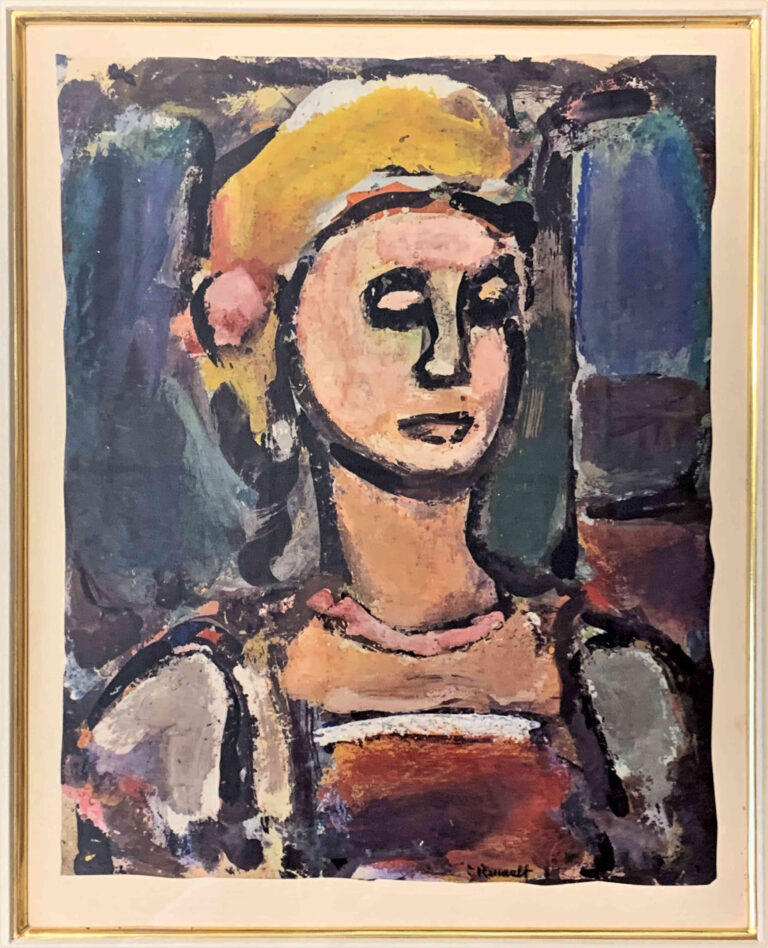 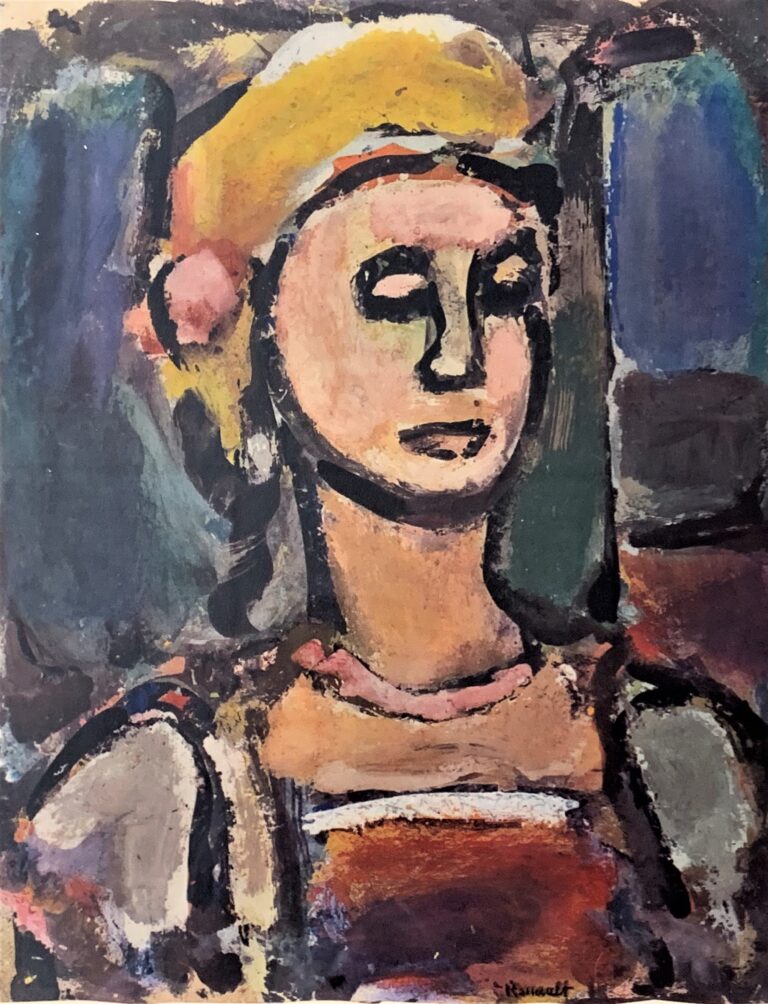 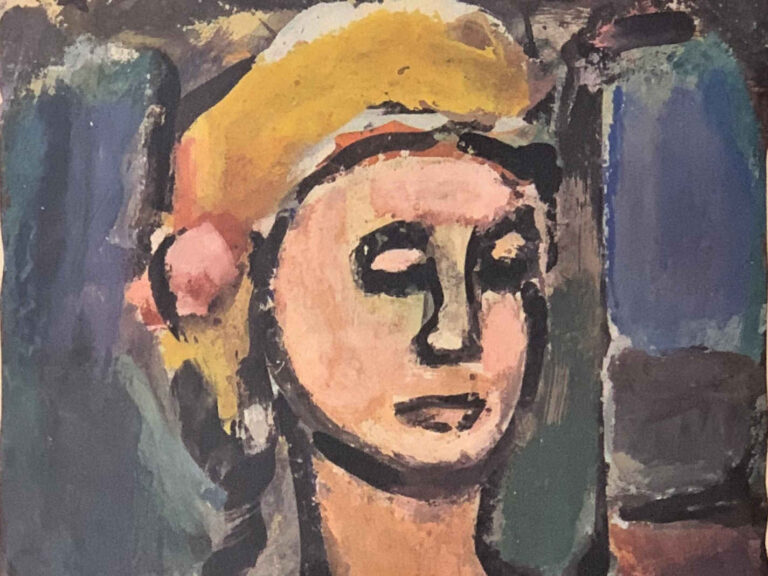 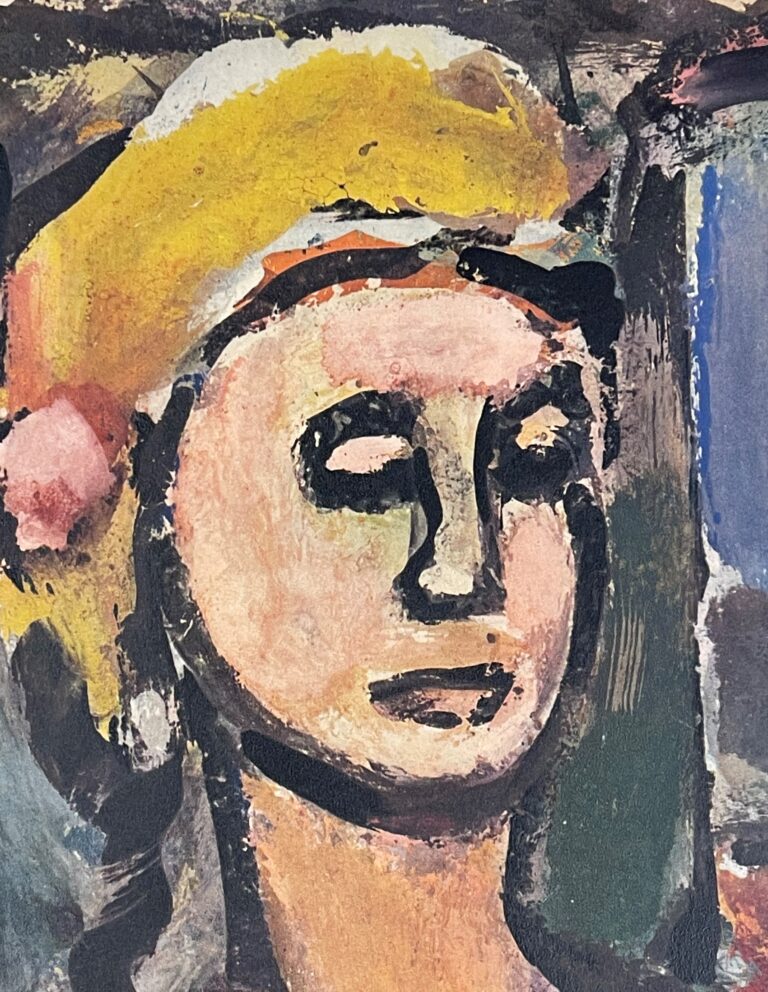 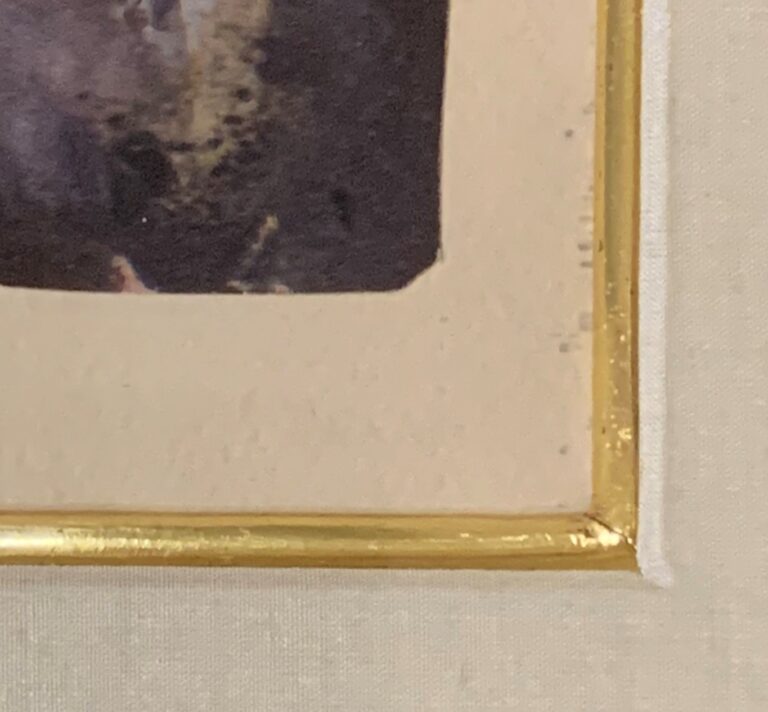 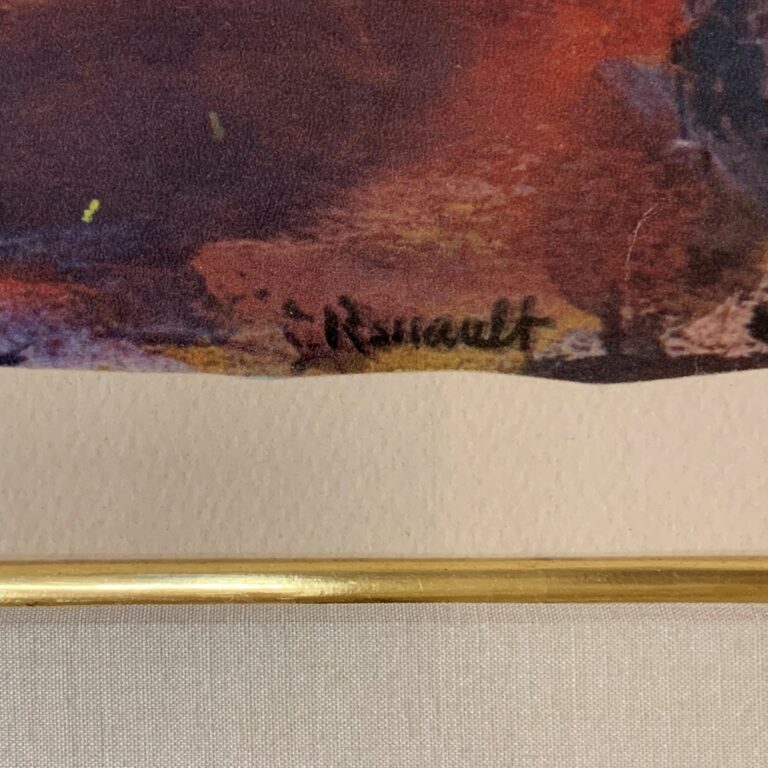 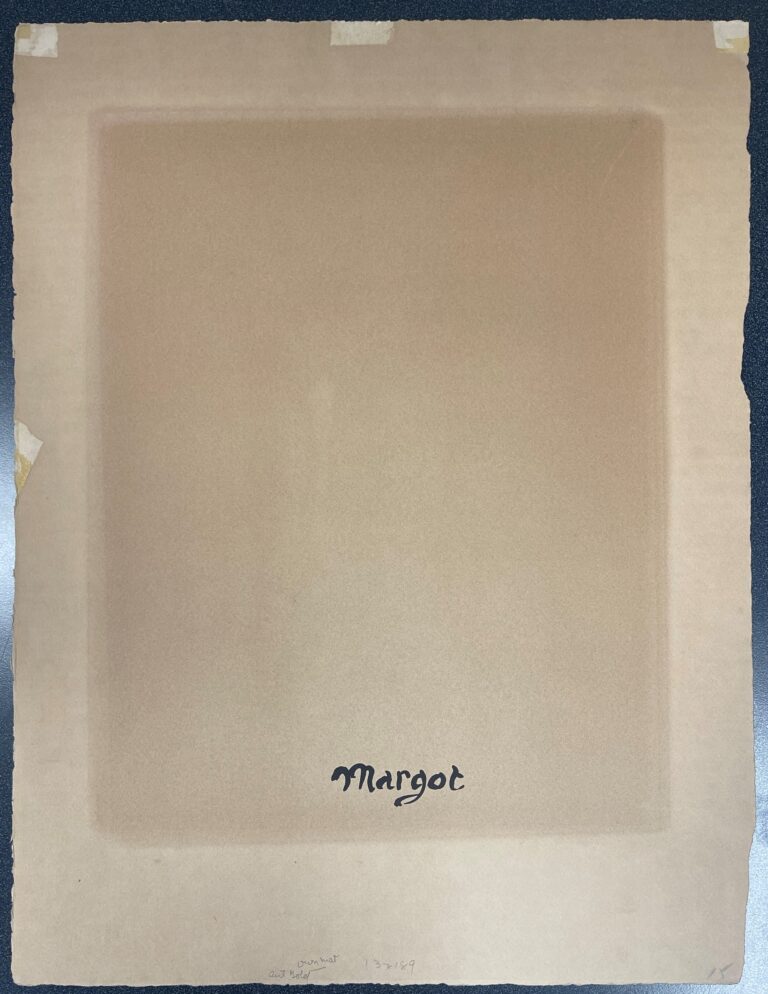 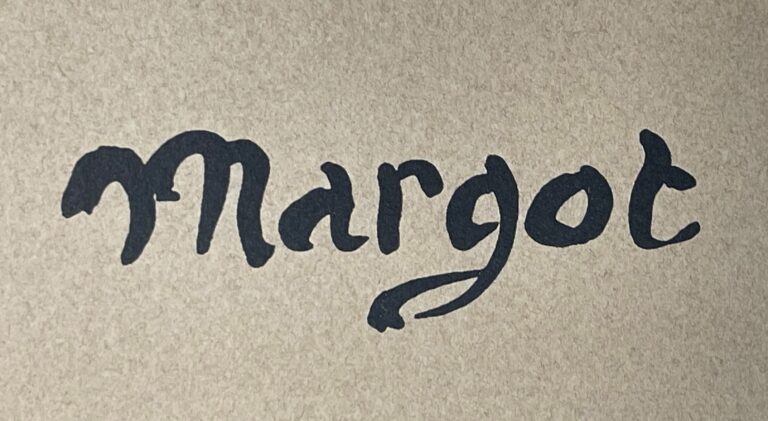 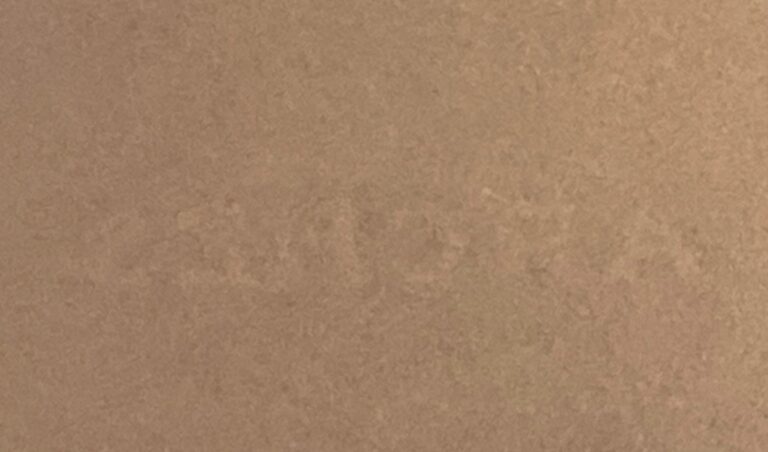 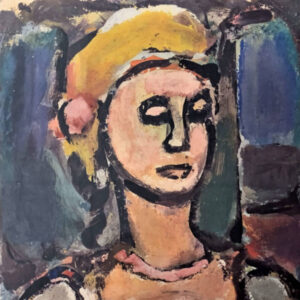 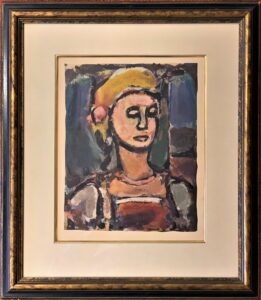 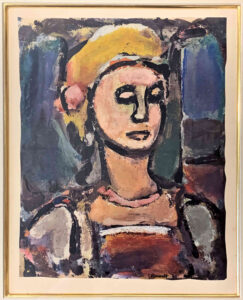 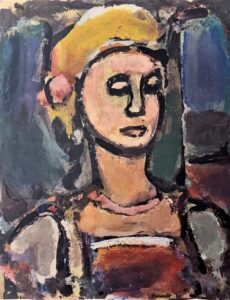 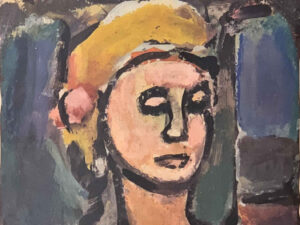 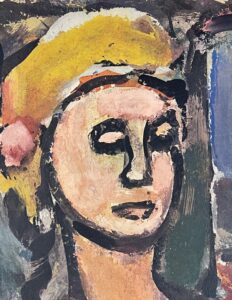 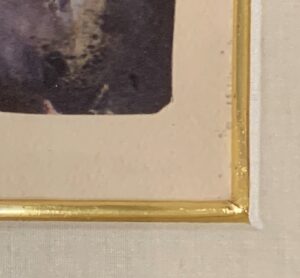 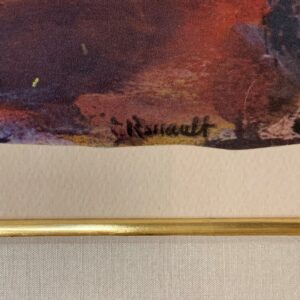 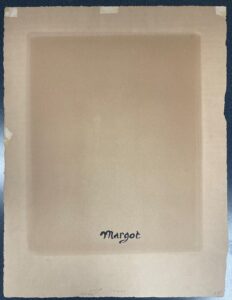 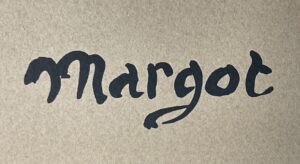 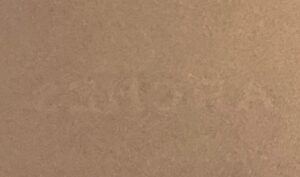 Rouault’s work is immediately recognizable for the thick black brushstrokes that outline their subjects and the glass-like look of his colors.  Indeed, this is unlikely to be mere coincidence; Rouault spent his teenage years as a stained glass maker’s apprentice.  He used etching and aquatint to create works recognized widely as having unprecedented color harmonies and expressive power.

This work, entitled Margot, is part of Rouault’s Divertissement series.

Medium:
Original stone lithograph on paper, after the gouache
Paper:
One of 1,200 copies printed on Vélin d’Arches
Publisher:
Published by Teriade, Paris, for Editions de la Revue Verve
Printer:
Engraved and printed by the legendary French printers Draeger Frerés
Date:
February 1943
Edition:
One of the edition of 1,200 aside from the forty copies on Chine and the thirty copies numbered I to XXX on Arches.
Signature:
Signed in the plate en recto lower right.  With the title of the work printed on the verso of the Arches paper on which the picture is mounted.
Framing:
Mounted by the publisher on a larger support sheet of Arches paper.  Originally framed by Associated American Artists for exhibition.  Reframed in its fine wood frame from the AAA exhibition behind 99% UV-filtering Plexiglass with a linen-wrapped mat.
Condition:
Very good condition.  Toning consistent with age; tape remnants en verso.
Framed Size:
20.5 in. (h) x 17.75 in. (w) x 1 in. (d)
Sheet Size:
11 in. (h) x About 8 in. (w) , mounted on
Arches paper about 16 in. (h) x 12.5 in. (w)