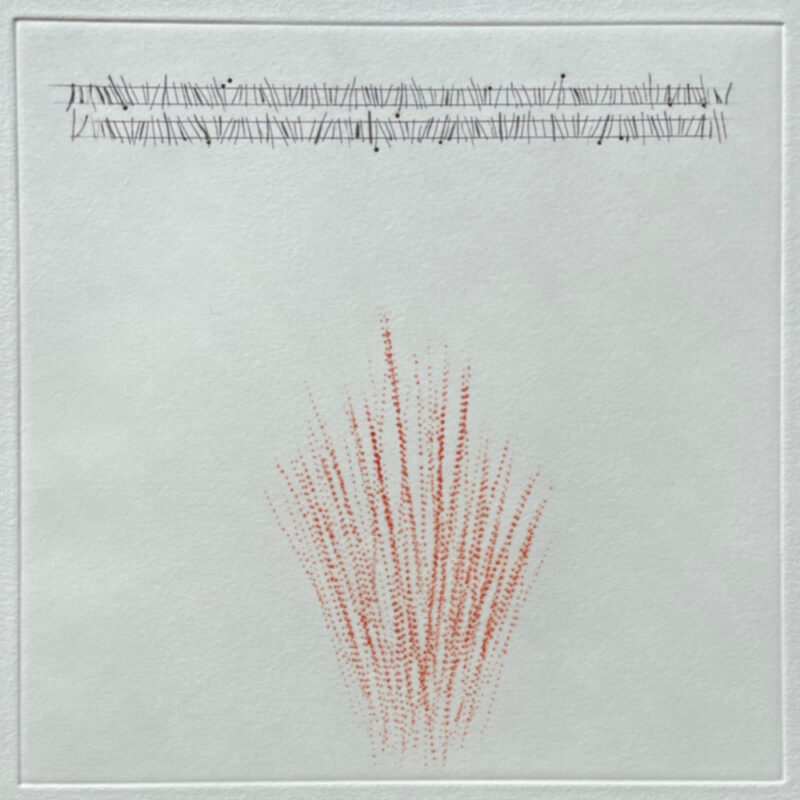 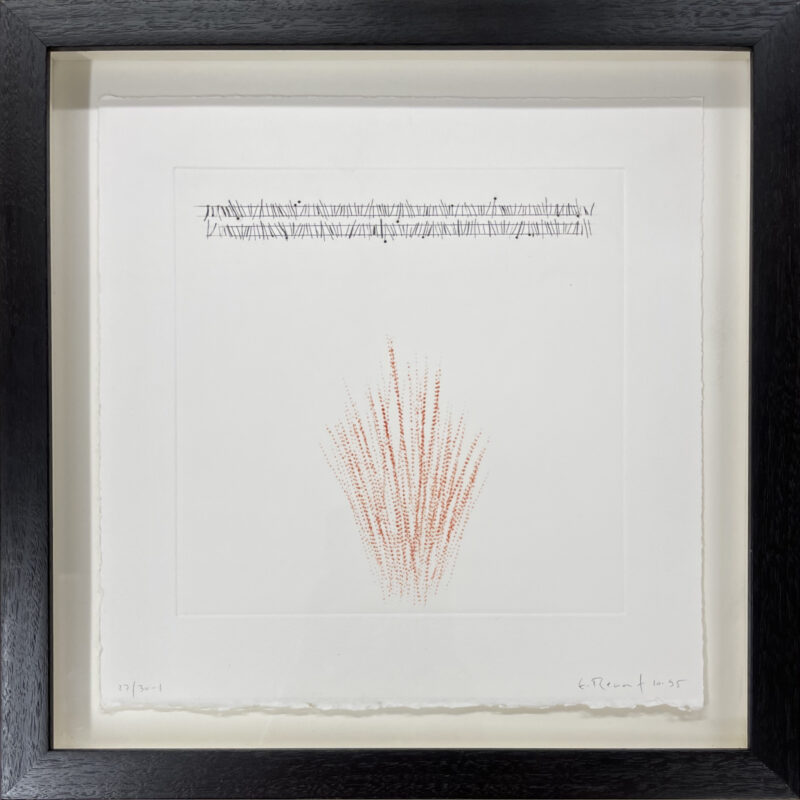 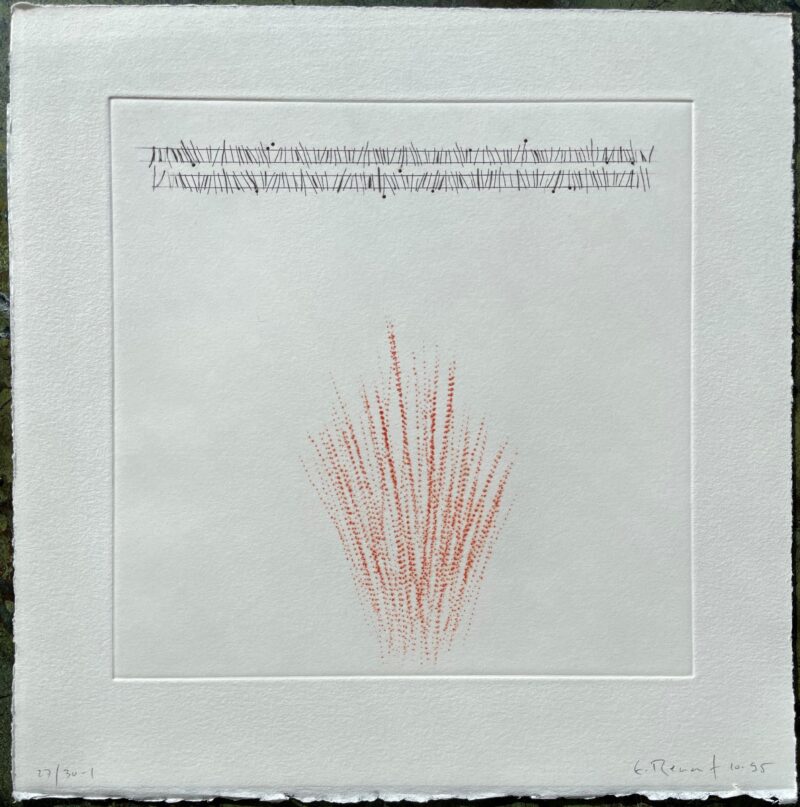 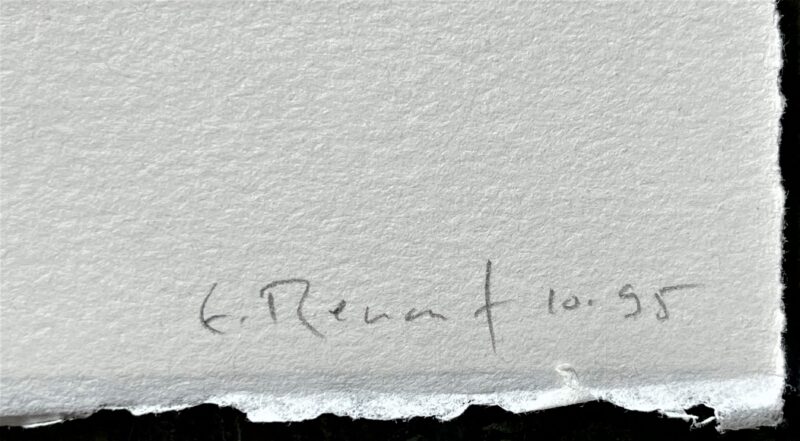 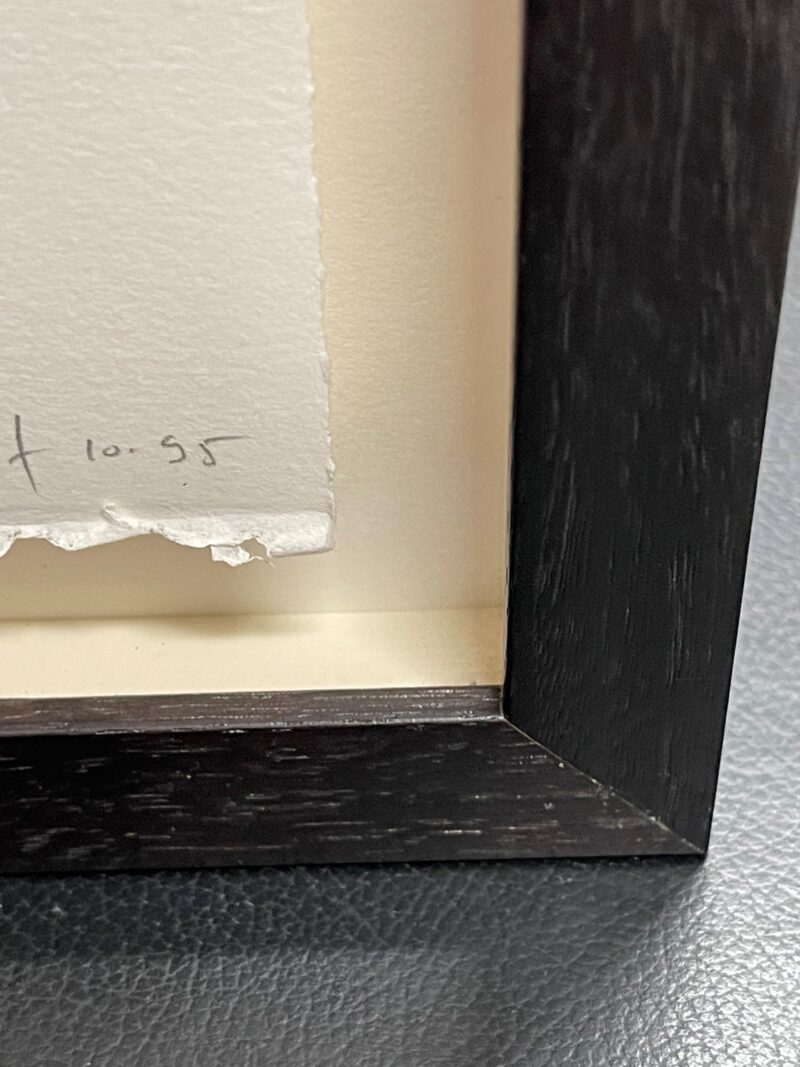 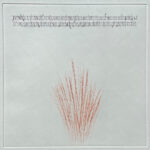 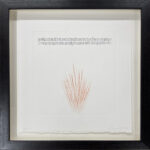 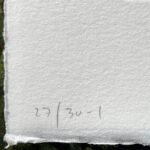 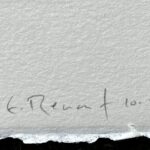 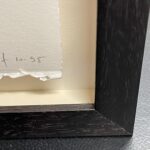 Preceding the works that comprise her portfolio “Igitur” is a single sheet of paper on which Edda Renouf has quoted a line from Stéphane Mallarmé’s poem of the same name:

“He separates himself from indefinite time and is!”

In Igitur, Mallarmé explores nihilism—seemingly an odd inspiration for this set of seven works, which is anything but nihilist. But perhaps Renouf’s inspiration comes from the deeper meaning of Igitur, in which Mellarmé portrays death as the route to spiritual existence. As Mellarmé wrote, “In Igitur, I do not appear, but I do not disappear, or rather I appear to disappear, to disappear inside me, unless, as the hero of the tale will finally verify, I disappear reappearing…. I have therefore pursued a transcendent being, but this transcendence now plays only in me.”

If you find this text to be not entirely clear, you are far from alone. French poet Stéphane Mallarmé was at the center of the Parisian intellectual circle comprised of thinkers such as André Gide, Paul Valéry, and Marcel Proust. Mallarmé referred to their group as The Decadents, referencing their bohemian lifestyles. He would later become known as a leader of the Symbolist movement in poetry. While French poetry had traditionally held fairly strict conventions of rhyme, meter, and theme, Mallarmé and his contemporaries departed from these traditions, employing condensed figures, unorthodox syntax, and the relationship between content and form—between the text and the arrangement of words and spaces on the page.