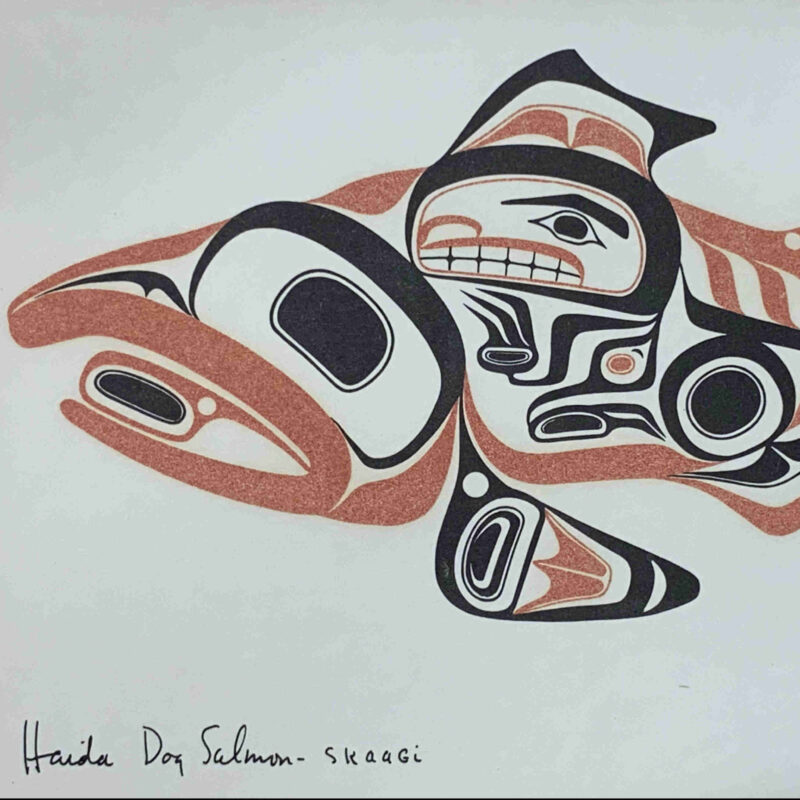 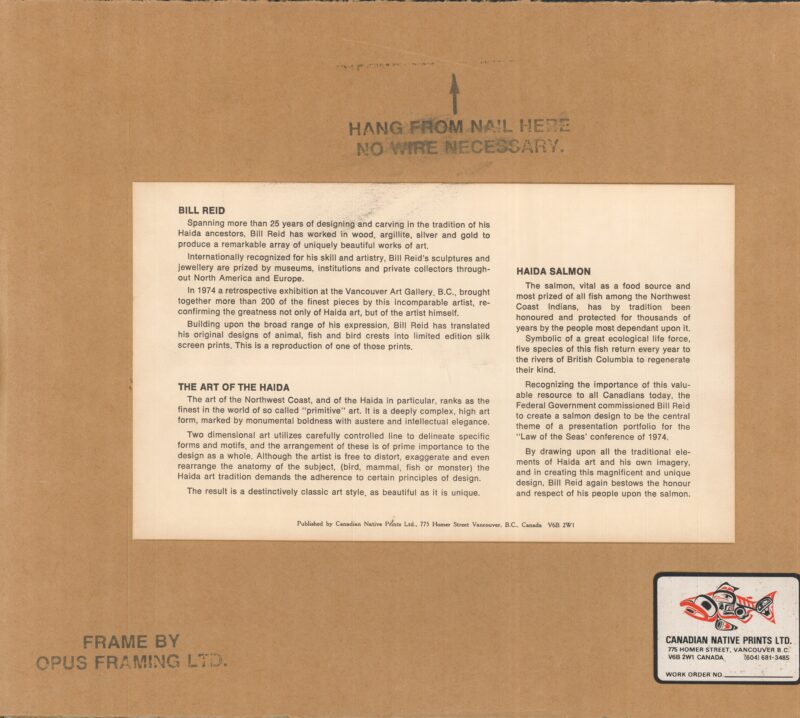 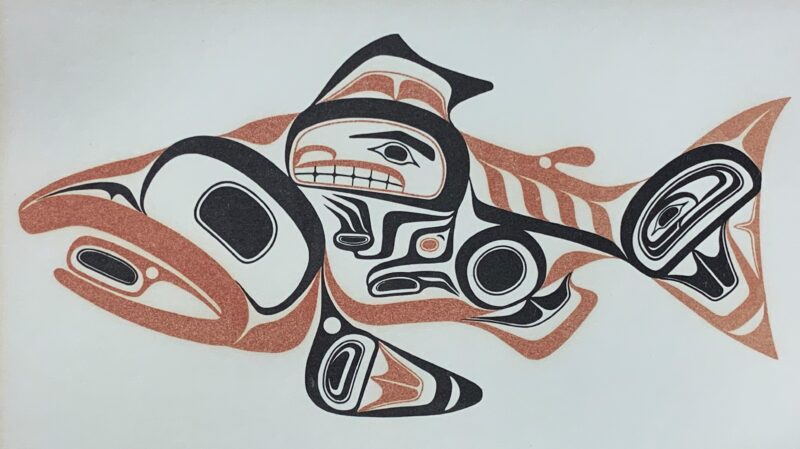 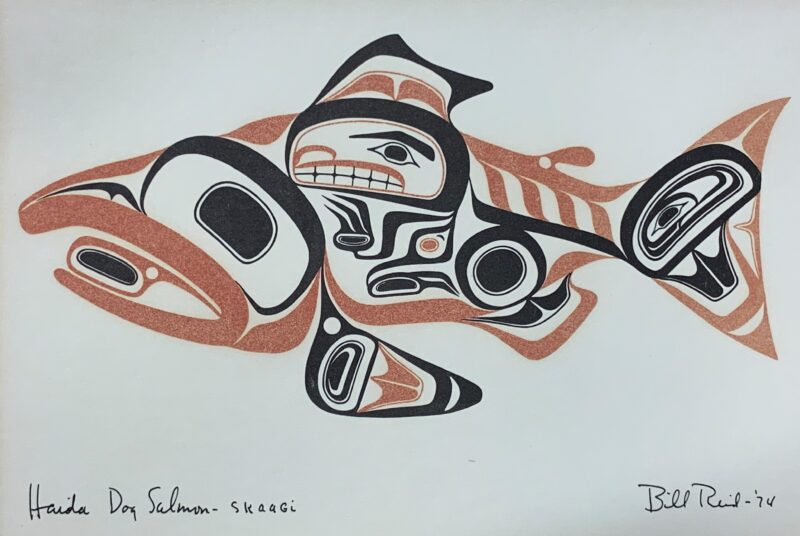 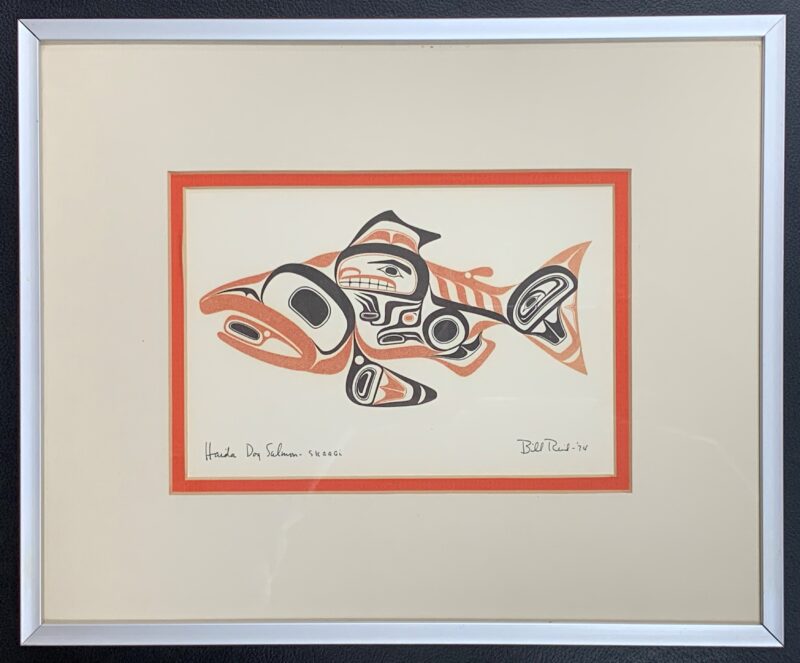 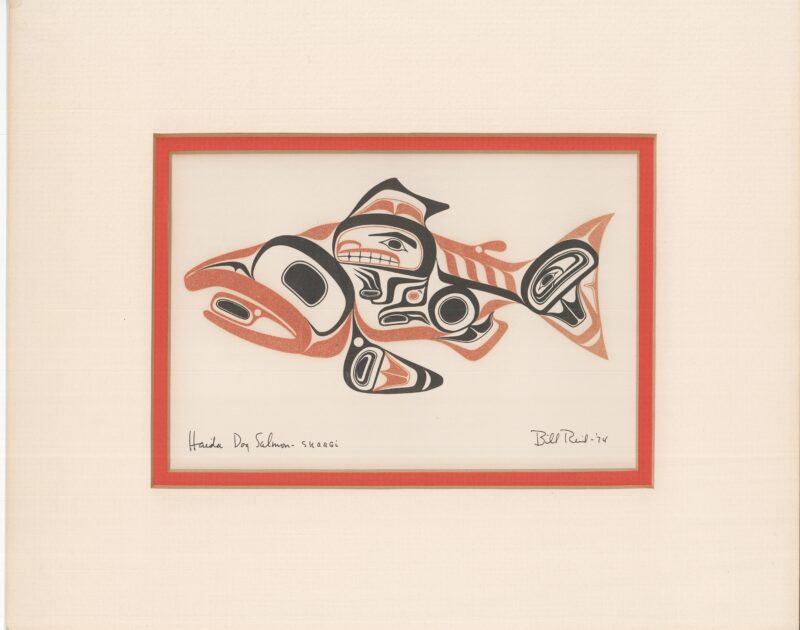 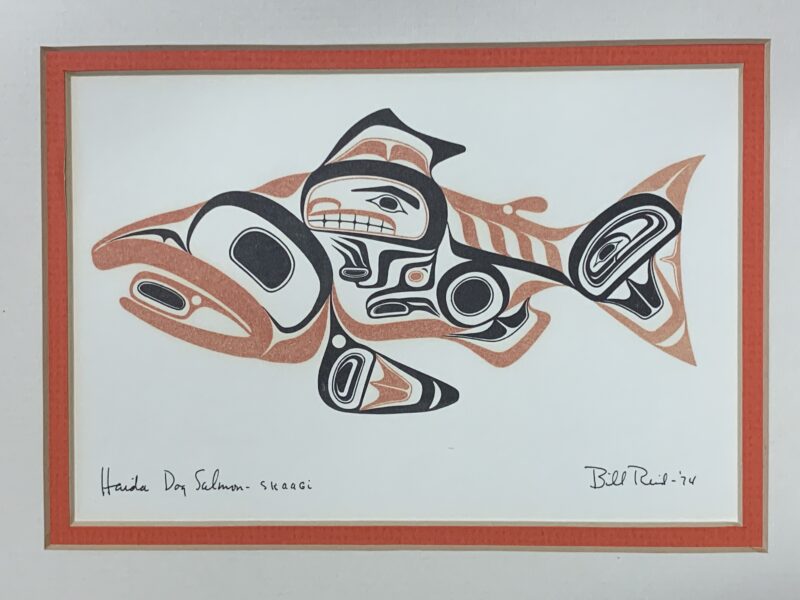 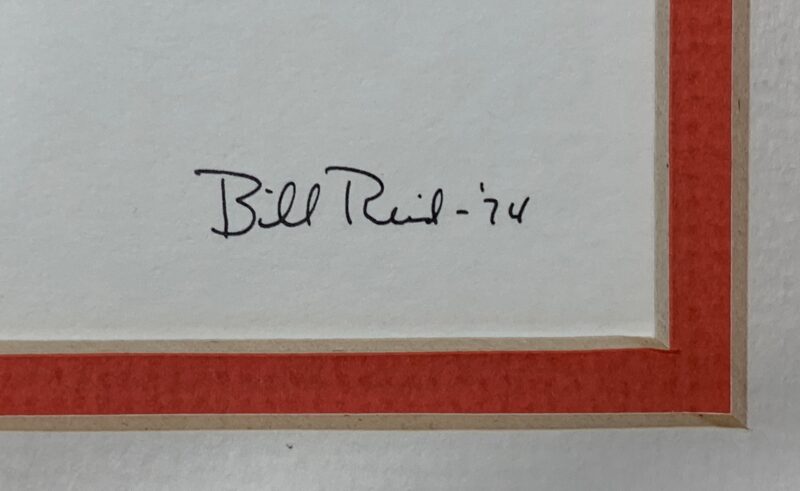 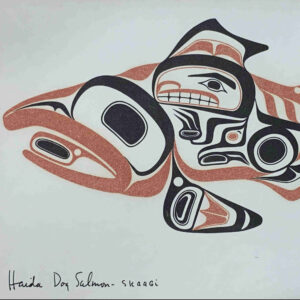 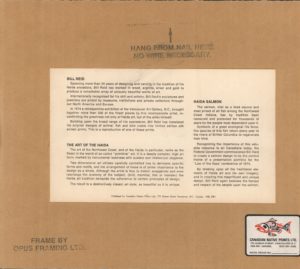 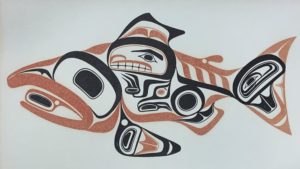 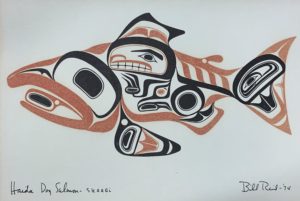 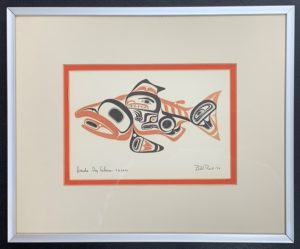 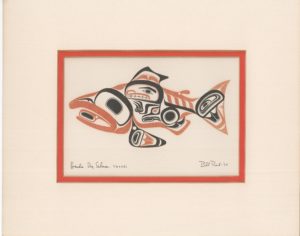 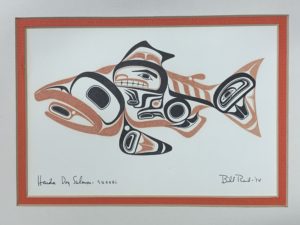 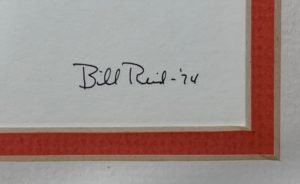 Bill Reid is one of Canada’s most celebrated artists. Born in Victoria, British Columbia, to a Scottish-American father and a Haida mother and raised in a cross-cultural home, his work embodied two profoundly different cultural traditions. Interestingly, Reid was unaware of his Haida ancestry until his teenage years. At age 23, Reid visited his mother’s home-village and was introduced to family members familiar with Haida traditions.
Art plays an important role in Haida society and the Haida people have developed a distinctive and immediately recognizable formline style. Reid developed his own celebrated style by studying works of Haida art through publications, museum collections, and existing works in the Haida Gwaii community.
This work depicts the Dog Salmon (also known as chum salmon), and so it depicts a central element of Haida life. The Haida people of the western coast of Canada immediately south of Alaska considered themselves the “Salmon people”. Not only was it the main food source for the people According to legend, salmons are humans with eternal life. In springtime, the people dress in salmon disguises to feed the villagers. After eating the salmon, the villagers throw the skeleton back in the ocean so the spirits can rise again and change back into human form. The salmon is therefore highly respected as both human and spirit.
Reid was a writer, poet, and story-teller who used his fame to champion Haida land claims.
Reid is a member of the Royal Canadian Academy of Arts.