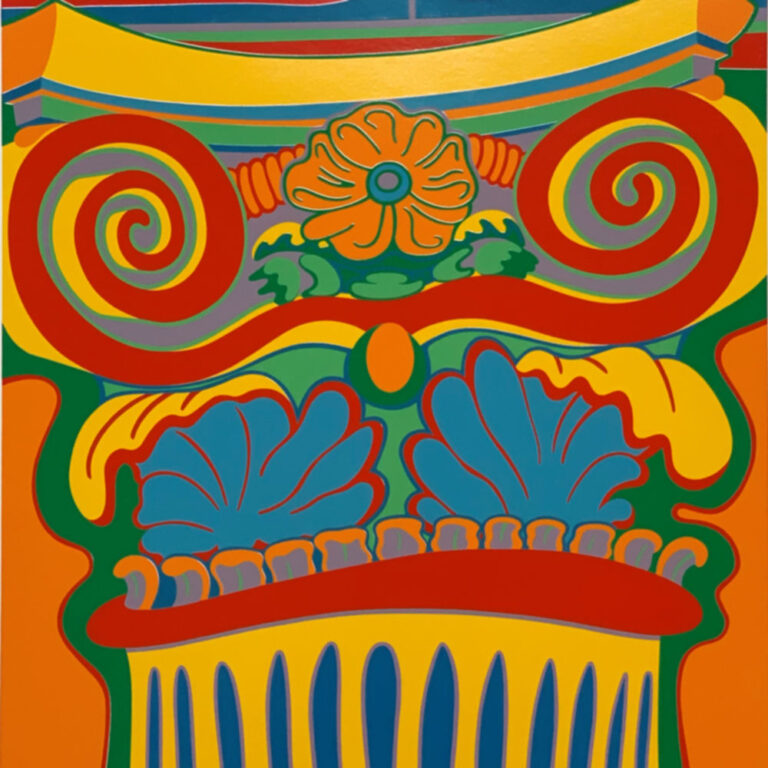 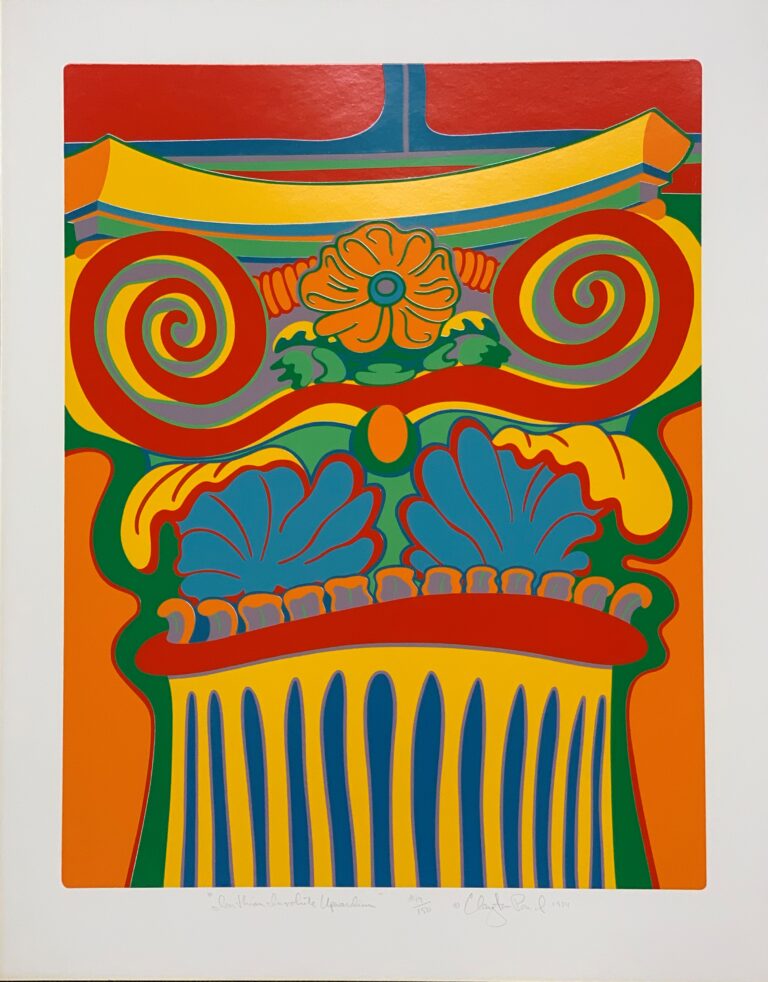 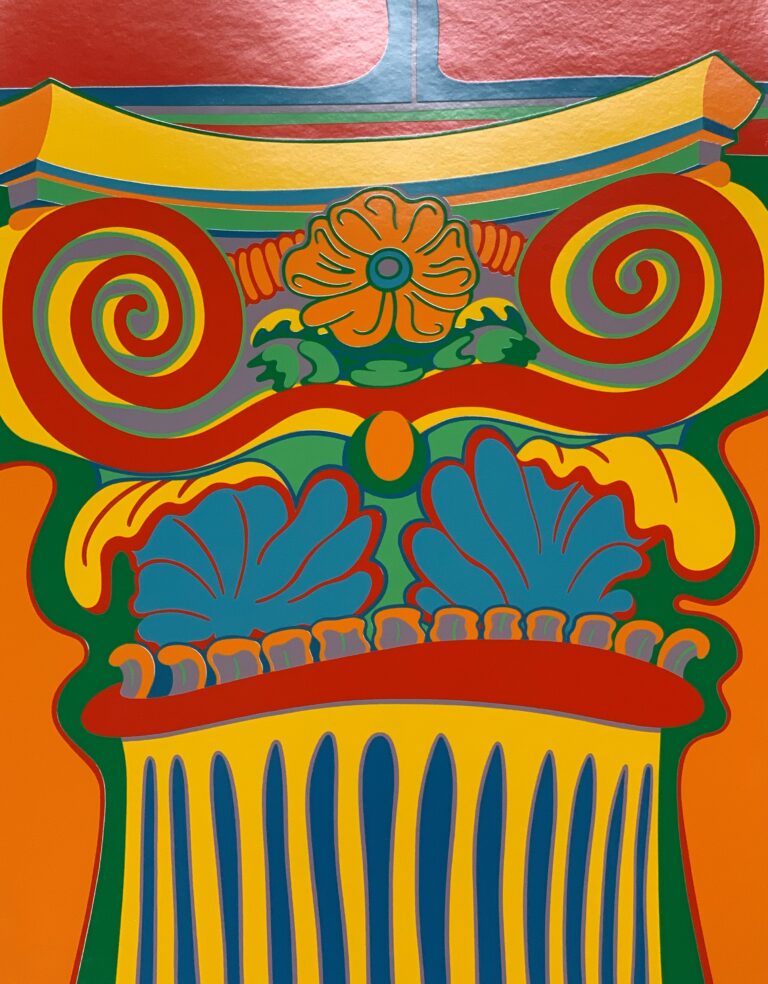 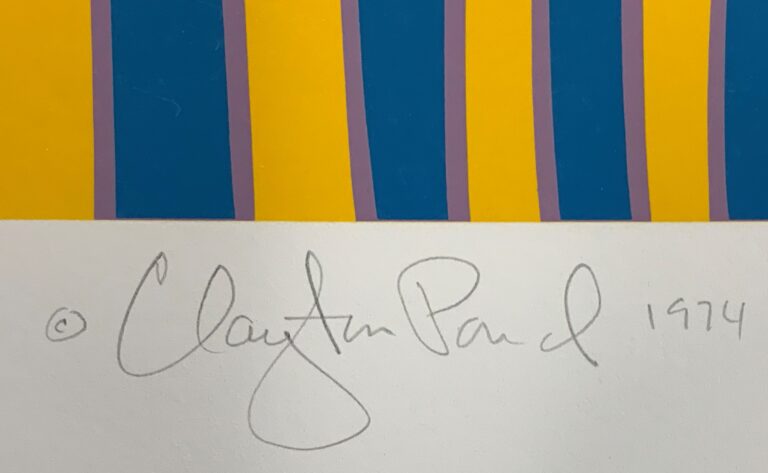 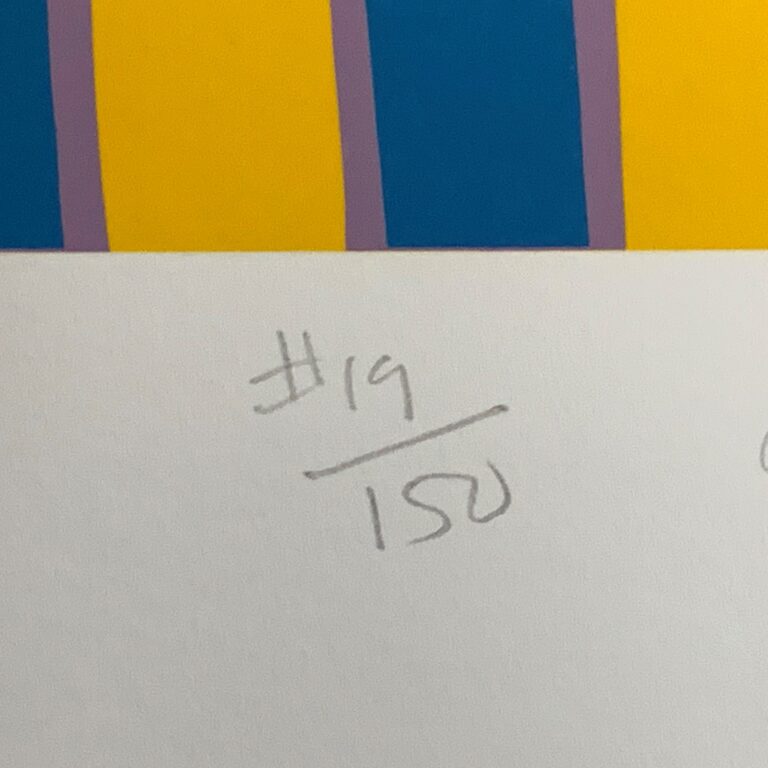 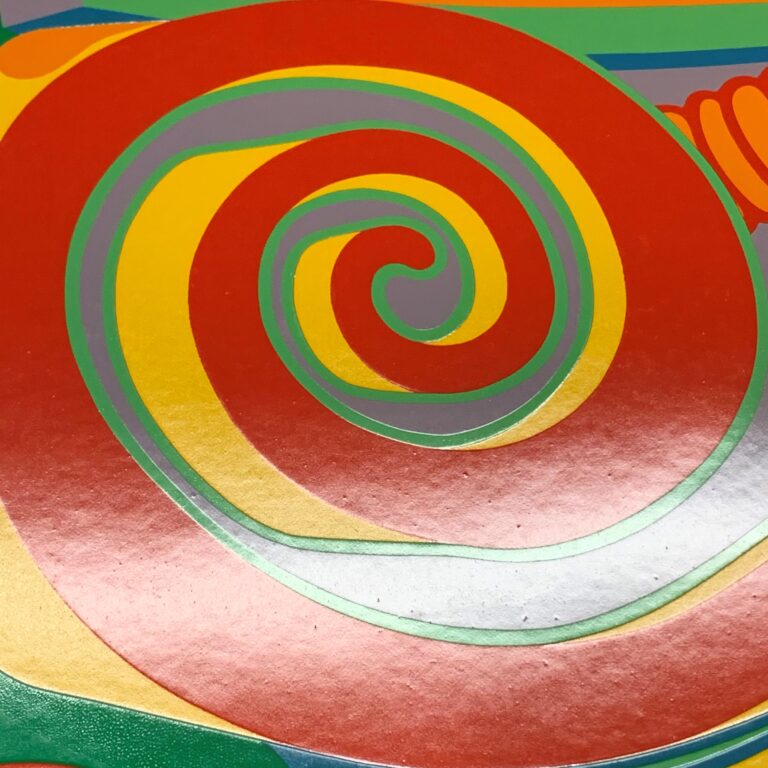 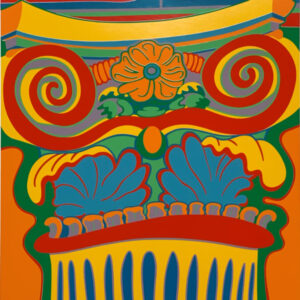 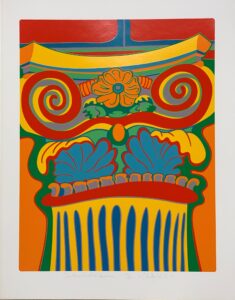 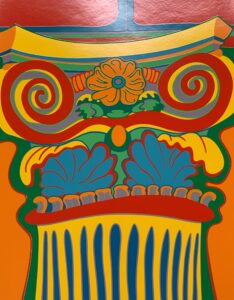 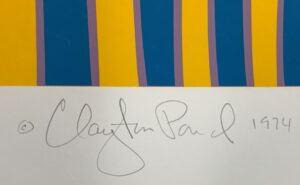 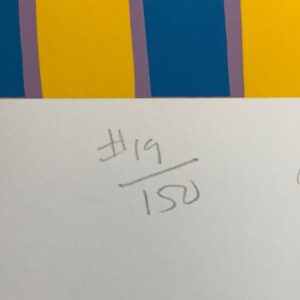 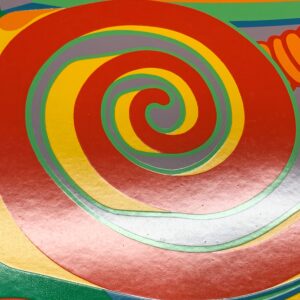 Clayton Pond’s “Capital Ideas” suite is a collection of seven serigraphs that Pond created during the spring, summer, and fall of 1974. Pond was one of the early artists to settle in the SoHo area of New York City, living in his Greene Street studio from 1969 to 1995. He watched as the area changed from a low-rent warehouse district to a dynamic center of the arts. What remained unchanged over those decades was the 100-year-old architecture of SoHo’s cast iron facades. Pond commemorated the beauty of the cast iron architectural details—enhancing them in his colorful way, of course. Every one of the images in the suite is from what Pond could see from the front windows and fire escape of his studio.

Pond’s dry sense of humor is evident in the titles of these elegant prints. Very few of the cast iron columns in the SoHo district are classic Greek—Doric, Ionic, or Corinthian. Almost all of them are bastardized combinations of styles and elements. As the architects of these buildings took liberties so, too, did Pond when he invented his ridiculous Latin-sounding but entirely made-up descriptive names—like the title of this work!

Pond famously printed most of his own work, but the time consumed by his commissions, as they increased in the 1970s, left him inadequate time so he brought in Robert Blanton, himself a printmaking legend, to take over the printmaking, in 1978. This series, though, made during 1974, likely was made by Pond’s own hand.

Medium:
Serigraph (silkscreen) in eight or more colors.
Paper:
100% Cotton Rag 2-Ply White Rising Museum Board
Publisher:
Sanmore Editions Ltd., New York City
Printer:
Believed to have been printed by the Artist himself
Date:
Spring, Summer, and Fall, 1974
Signature:
Hand-signed by the artist in pencil en recto lower right. Titled en recto lower left. Editioned en recto lower center.
Edition:
This is impression 19 out of the edition of 150
Framing:
This work is unframed but professional framing is available at discounted cost with little delay. Please select from the framing options or contact us if you wish to discuss the framing of the work. We frame exclusively with conservation-grade materials and put the work behind 99% UV-filtering art glass or Plexiglass.
Condition:
Excellent condition.
Sheet Size:
37 in. (h) × 29 in. (w)
Image Size:
31” in. (h) x 24 in. (w)