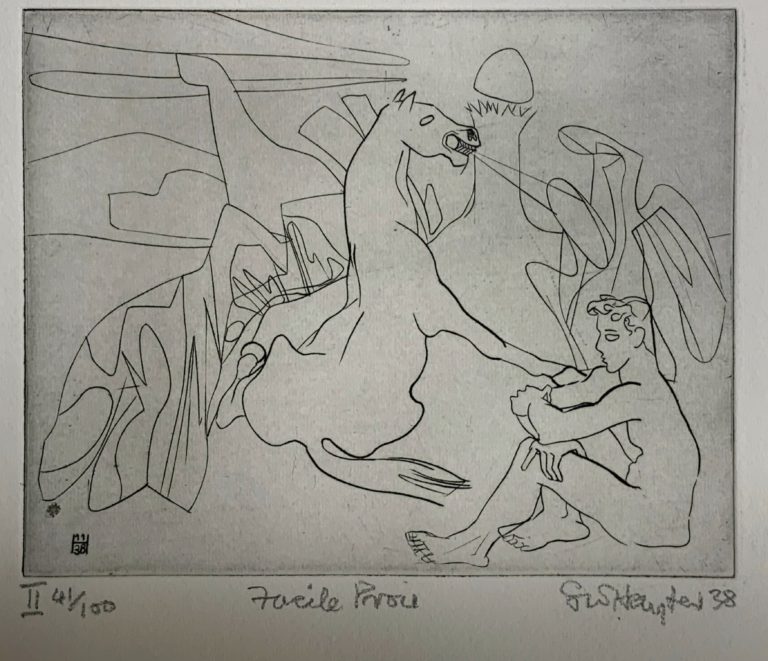 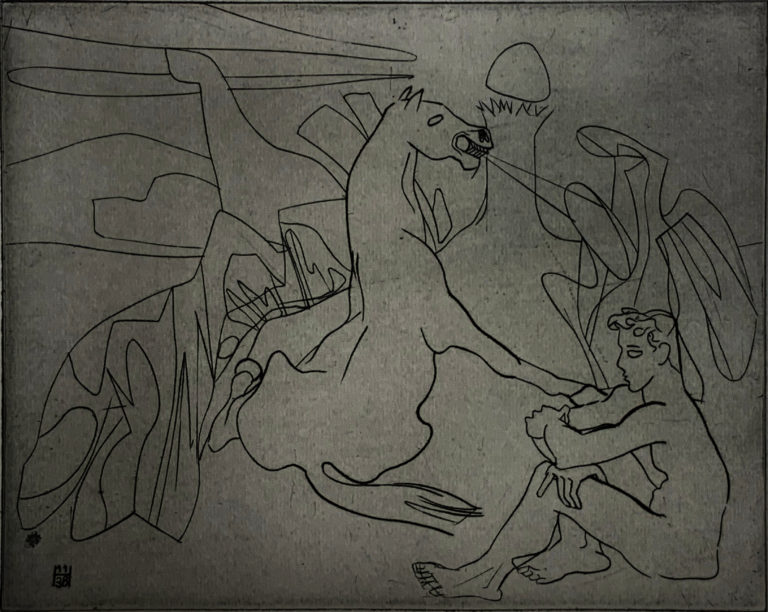 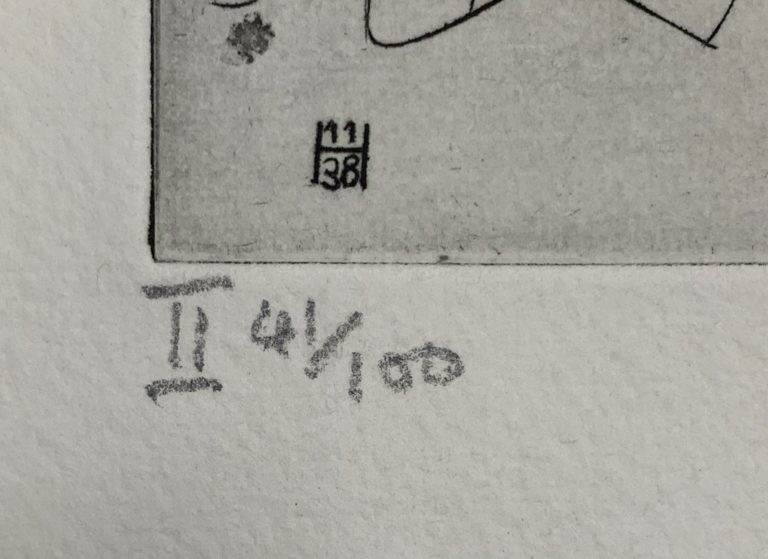 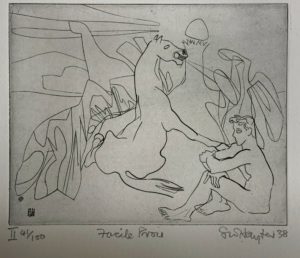 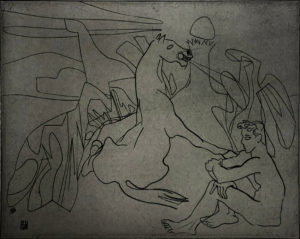 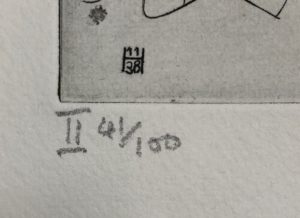 This work by Stanley William Hayter—undisputedly the most influential person in modern Western printmaking—is an Intaglio print made from engraving on a copper plate.

This impression was made in the summer of 1973 at Atelier 17 by Hayter, with assistance from Hector Saunier and Rigmor Poenaru, for the Nine Engravings portfolio published in 1974 by Association American Artists, New York.

It appears that Hayter made eight separate plates of this work.  One of the plates was used as the cover print for a portfolio of eight prints which accompanied Paul Eluard’s poem Facile Proie, which Eluard dedicated to Hayter, published by G[uy] L[evis] M[ano], Paris, 1939, one was contained in the portfolio, and the remaining six were printed only as five Artist’s Prints.

In his 1947 list, Hayter noted that of the proposed edition of 100, only 50 sets had been printed and the plates destroyed.  His catalogue raisonne presumes that that means that the plates were abandoned in Paris when Hayter fled the Nazis in 1939.  Plainly, the plates were recovered, though, because one of them was used for the 1973 print.  The plate was cancelled after the 1974 edition by engraving a signature which prints in reverse.