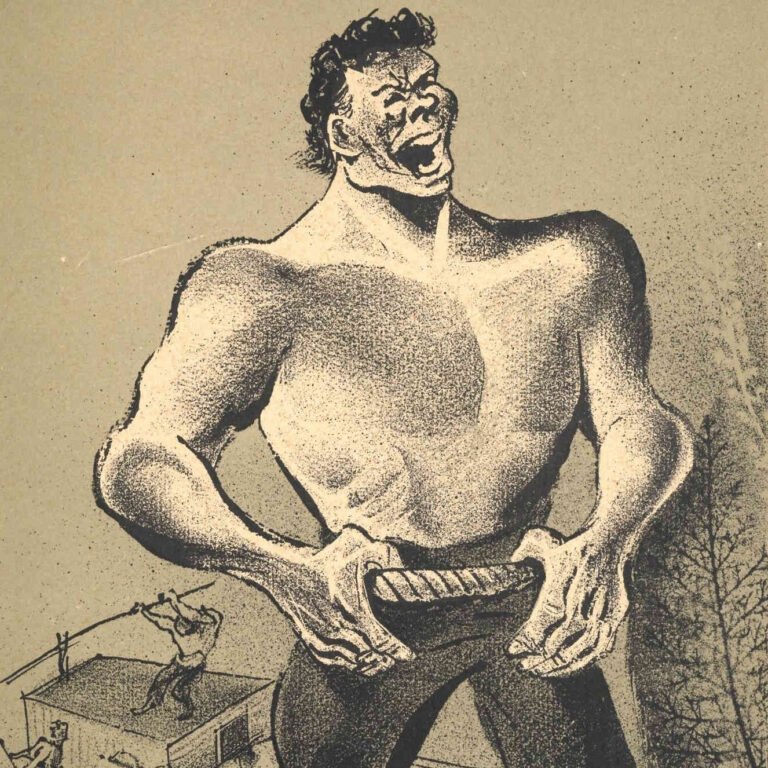 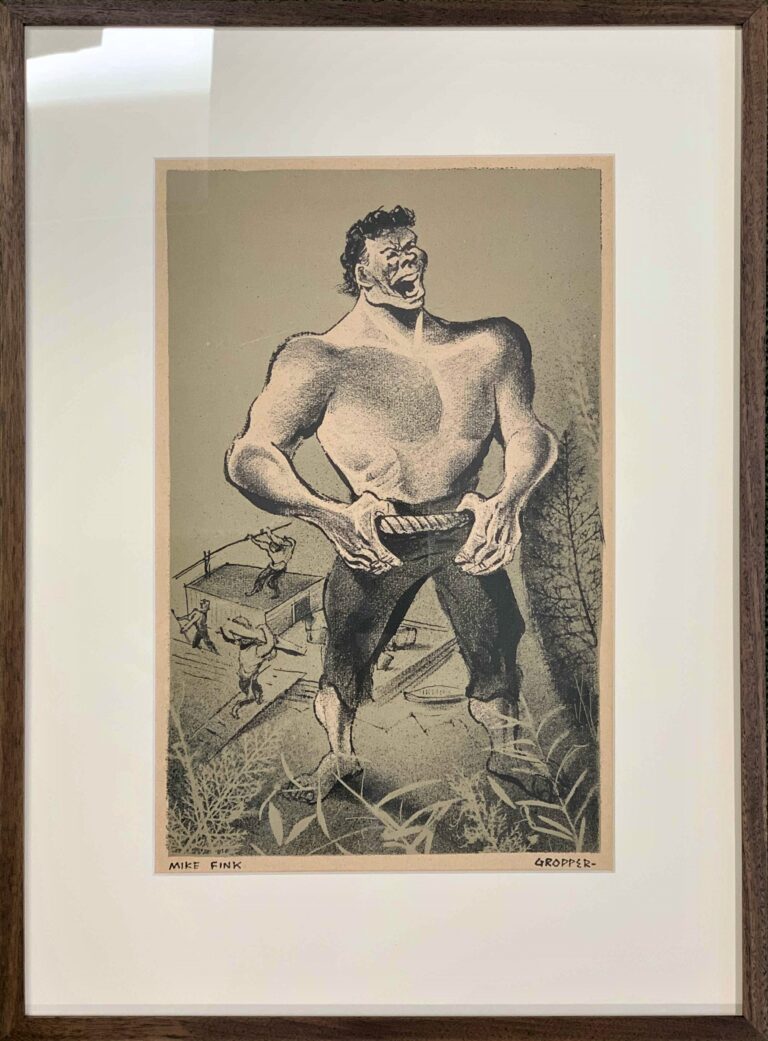 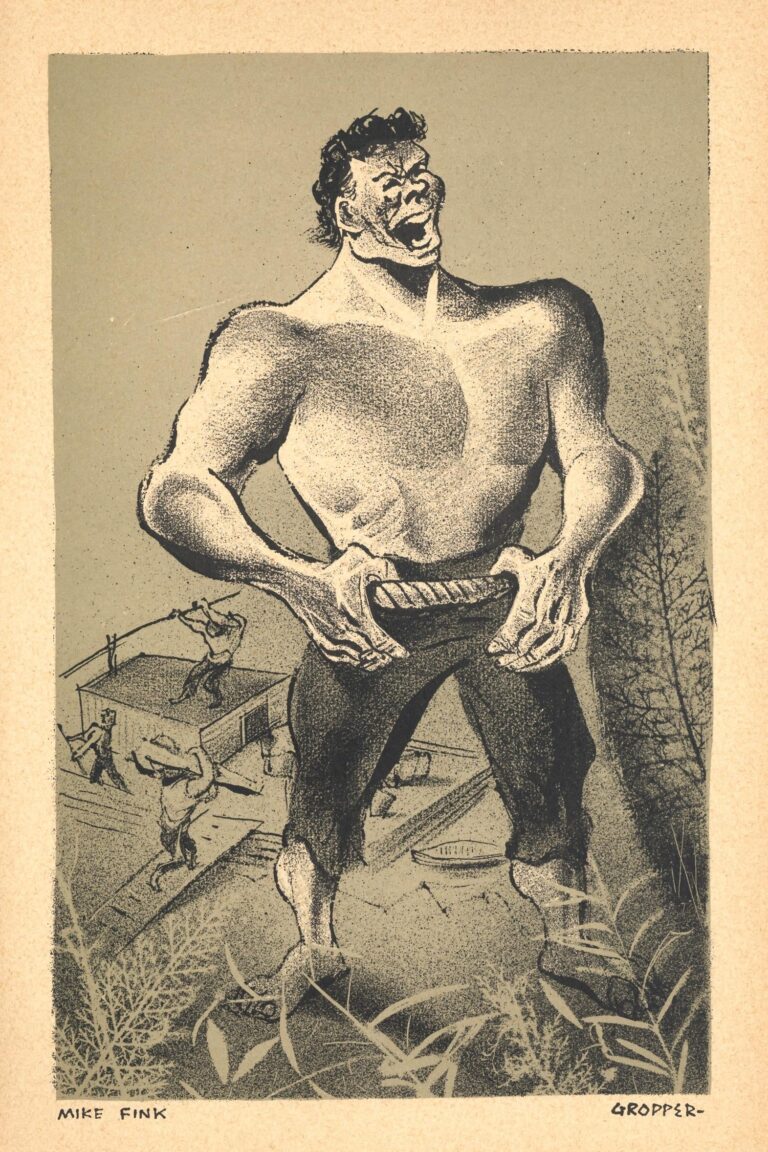 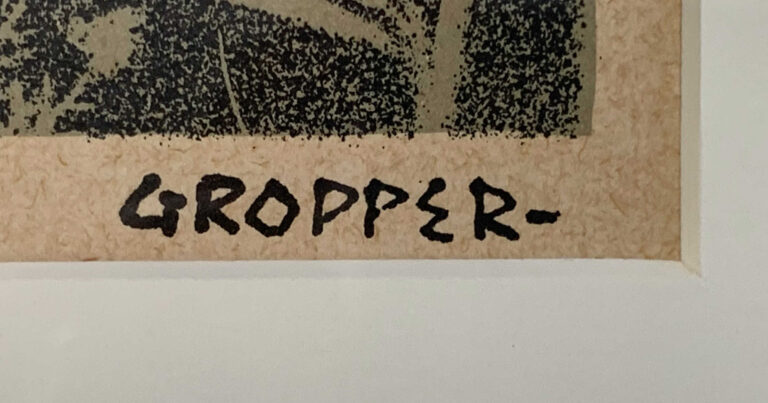 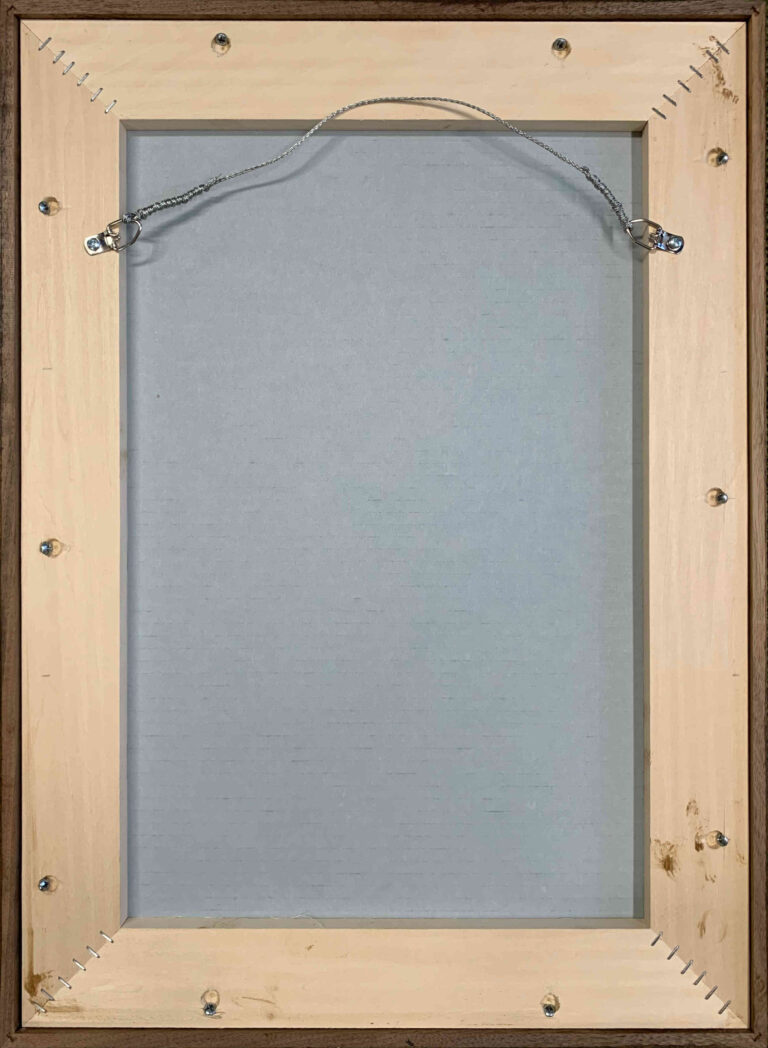 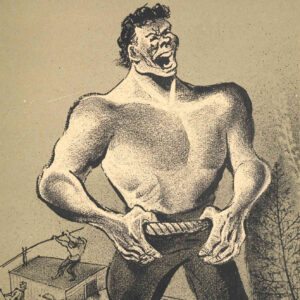 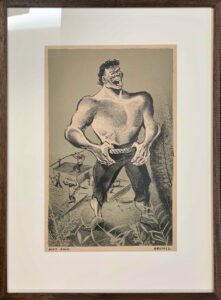 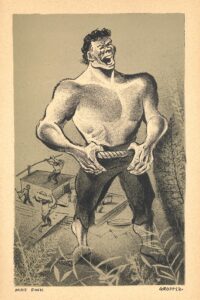 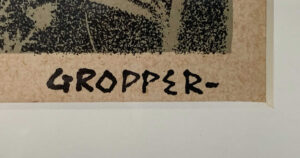 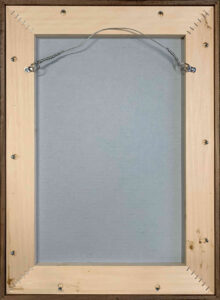 Miche Phinck—Mike Fink—was a semi-legendary brawler and river boatman  of the late 18th and early 19th centuries who exemplified the tough and hard-drinking men who ran keelboats up and down the Ohio and Mississippi Rivers.  William Gropper portrayed Fink in his American Folk Heroes Portfolio as a huge, tough, confident, and raw workingman.  Fink’s toughness made him, in earlier days in our nation, an exemplar of an American man, though by the late 19th century he came to be seen as a boor and a bully.  Interestingly, in the early 20th century Henry Shoemaker, a Pennsylvania folklorist, tried to revive Fink’s reputation, and while Shoemaker’s efforts had little success Gropper nevertheless chose Fink as one of his models of American Folk Heroes.

This work is now quite scarce.