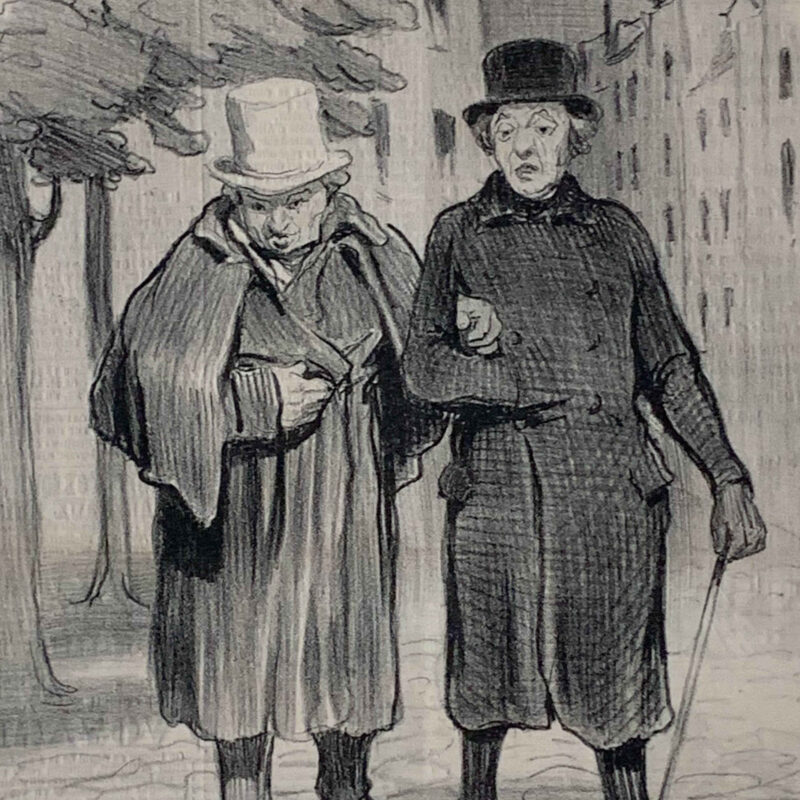 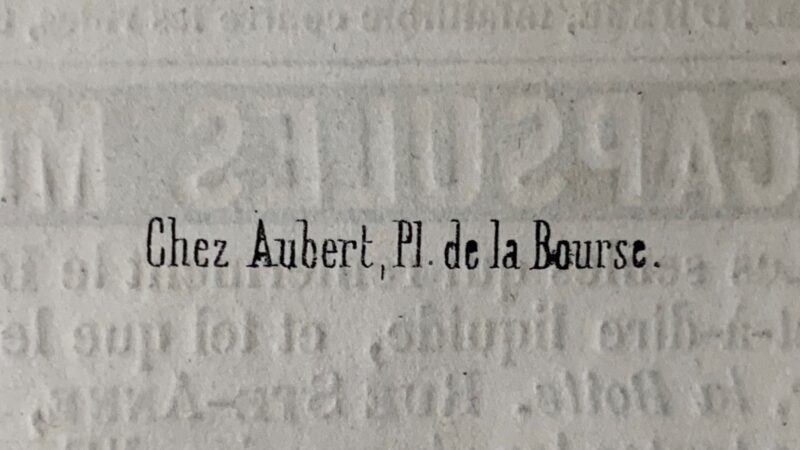 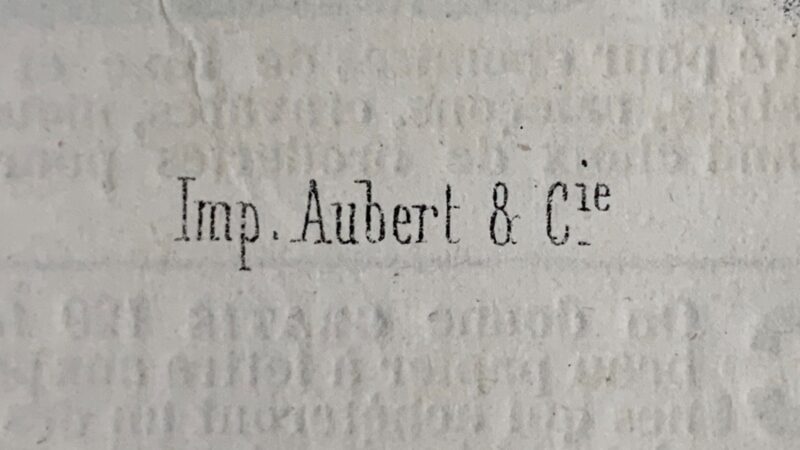 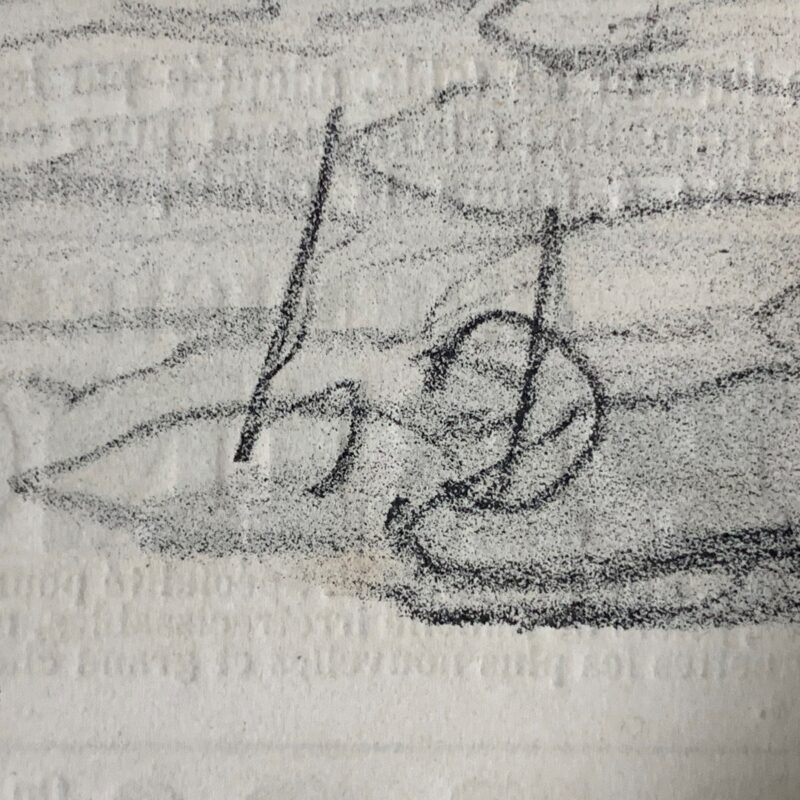 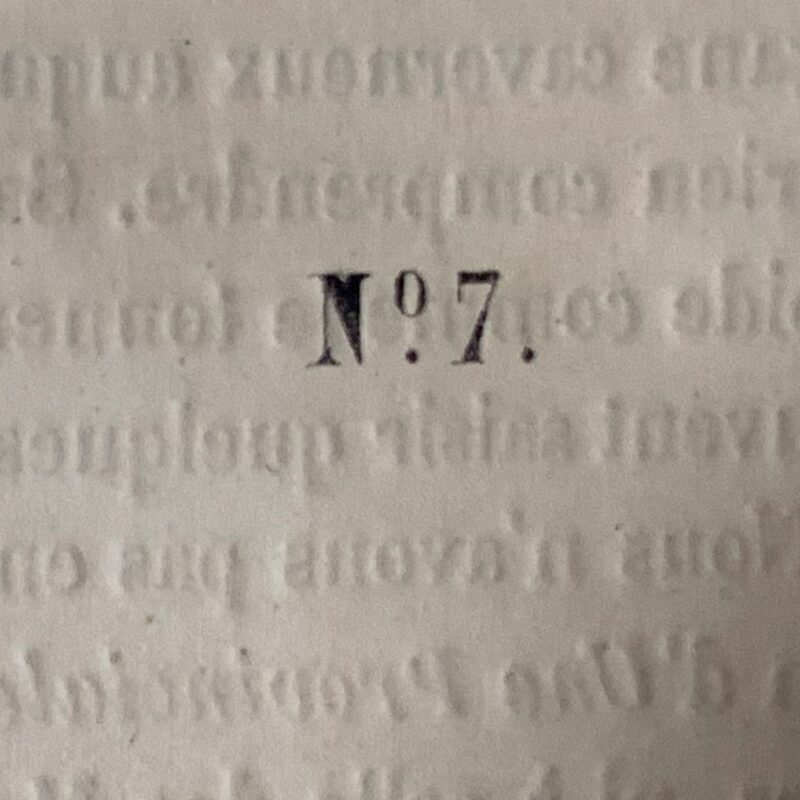 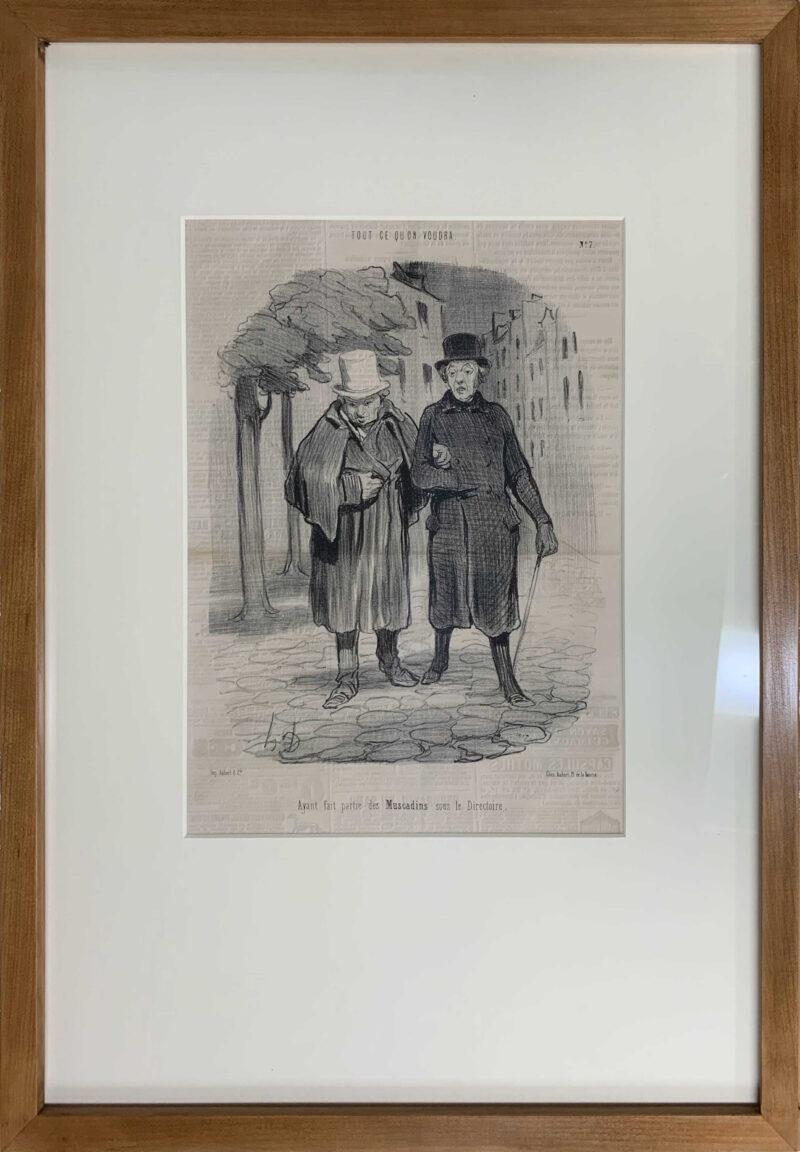 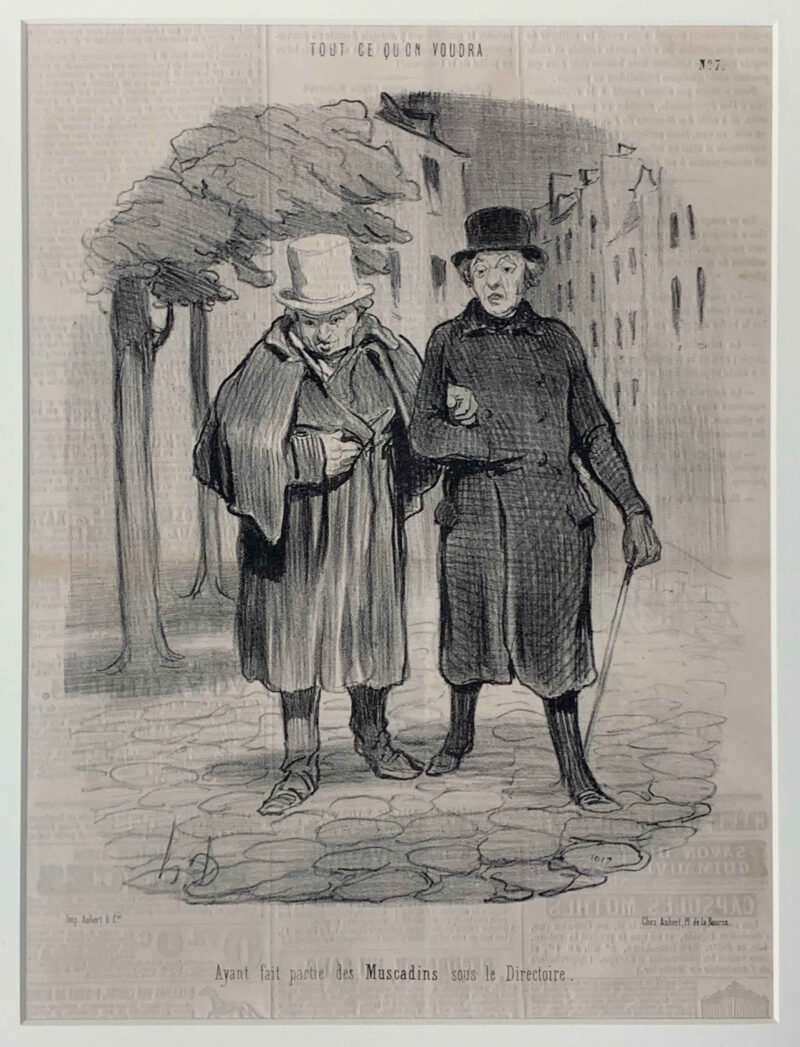 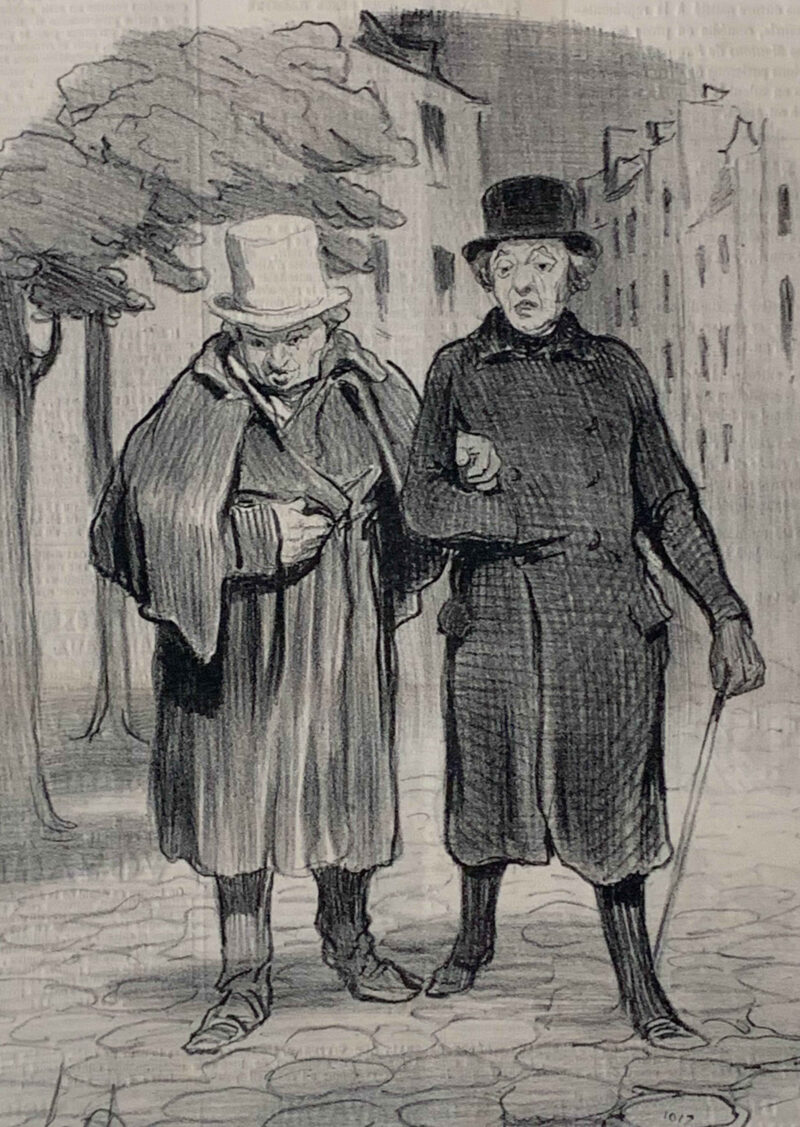 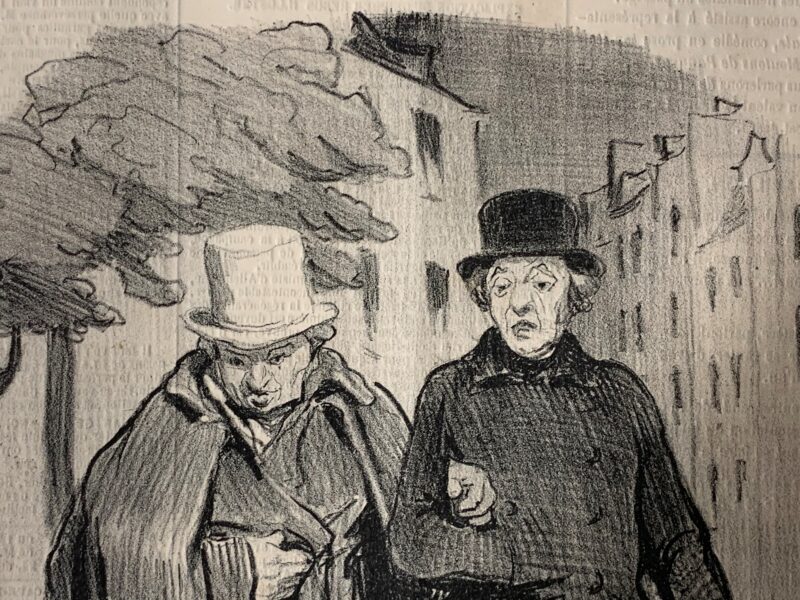 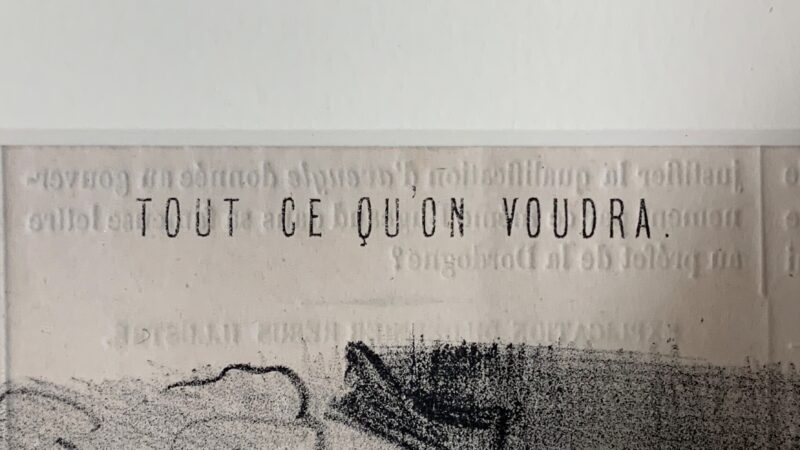 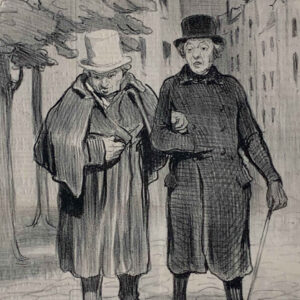 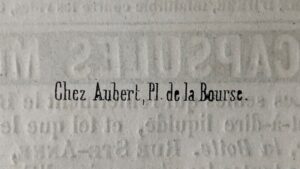 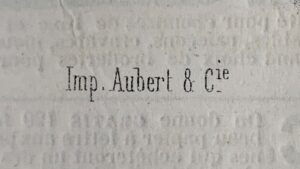 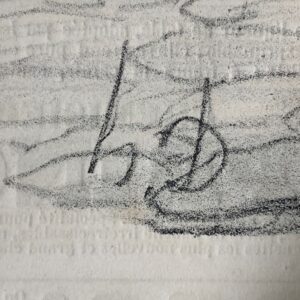 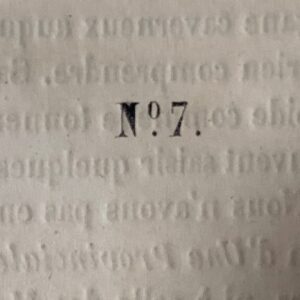 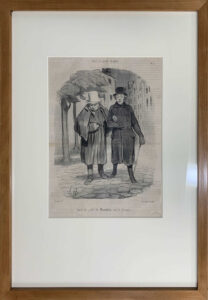 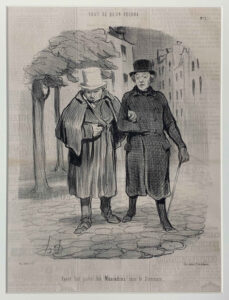 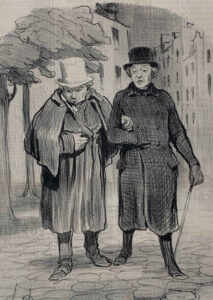 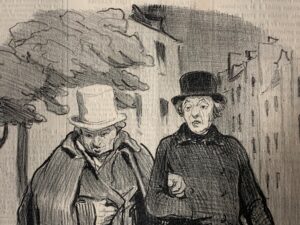 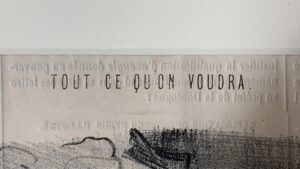 This work by Honoré-Victorin Daumier, titled Ayant Fait Partie des Muscadins sous le Directoire, is from Daumier’s series Tout Ce Qu’on Voudra, or “Anything You Want”.  The title is somewhat difficult to translate because of its use of a colloquialisms, but it might be translated as “Former Dandies from the Time of the Directorate”.

Like Daumier’s “Les bons bourgeois” series, the prints of Tout Ce Qu’on Voudra offer pensive observations of life, as in this work in which an elderly couple remembers their youth, perhaps recalling when they were considered the young rebels.

Other copies of this print are held in the Armand Hammer Daumier and Contemporaries Collection in Los Angeles, the Art Institute of Chicago, Bibliothèque Nationale de France, Carnavalet Museum, History of Paris (Inv. No. G.2640), Brandeis University Libraries, Cleveland Museum of Art, Elvehjem Museum of Art, University of Wisconsin, the Fogg Art Museum at Harvard University, Kunsthaus Zürich, the Metropolitan Museum of Art (Access. No. 22.61.51), the Museum of Art at the Rhode Island School of Design, the Museum of Fine Arts Boston, and many others.