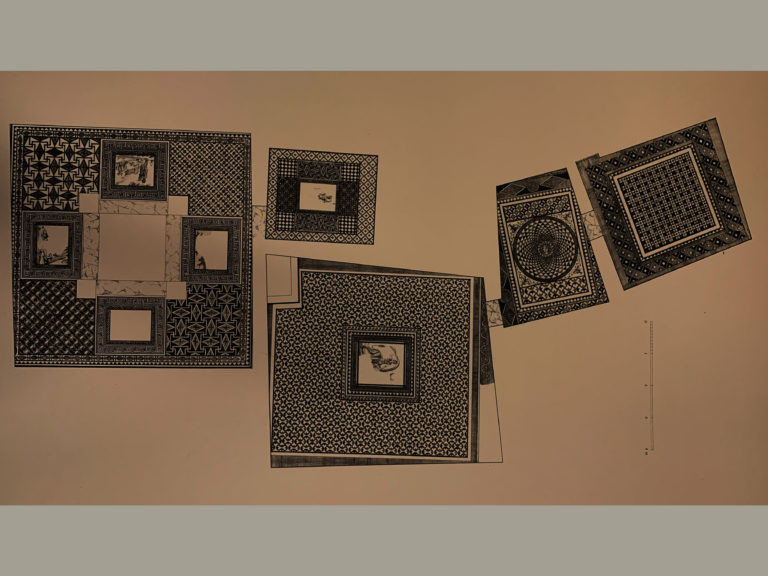 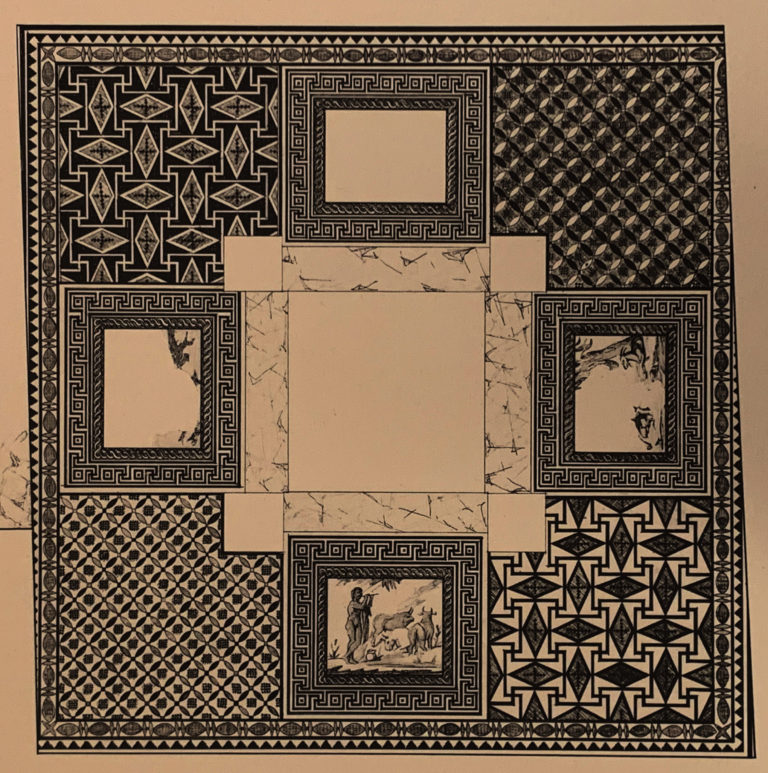 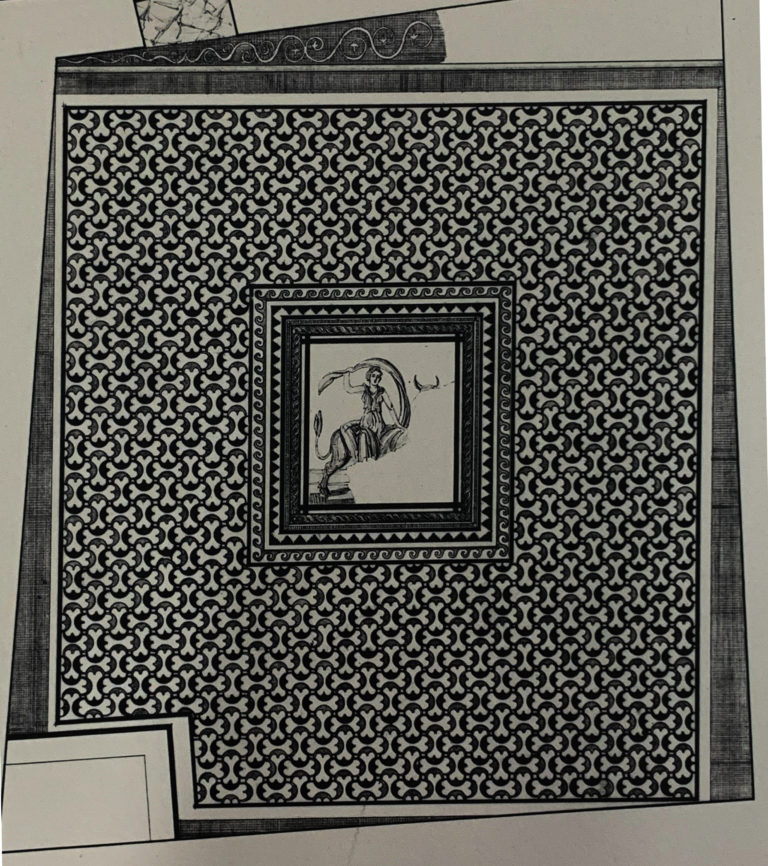 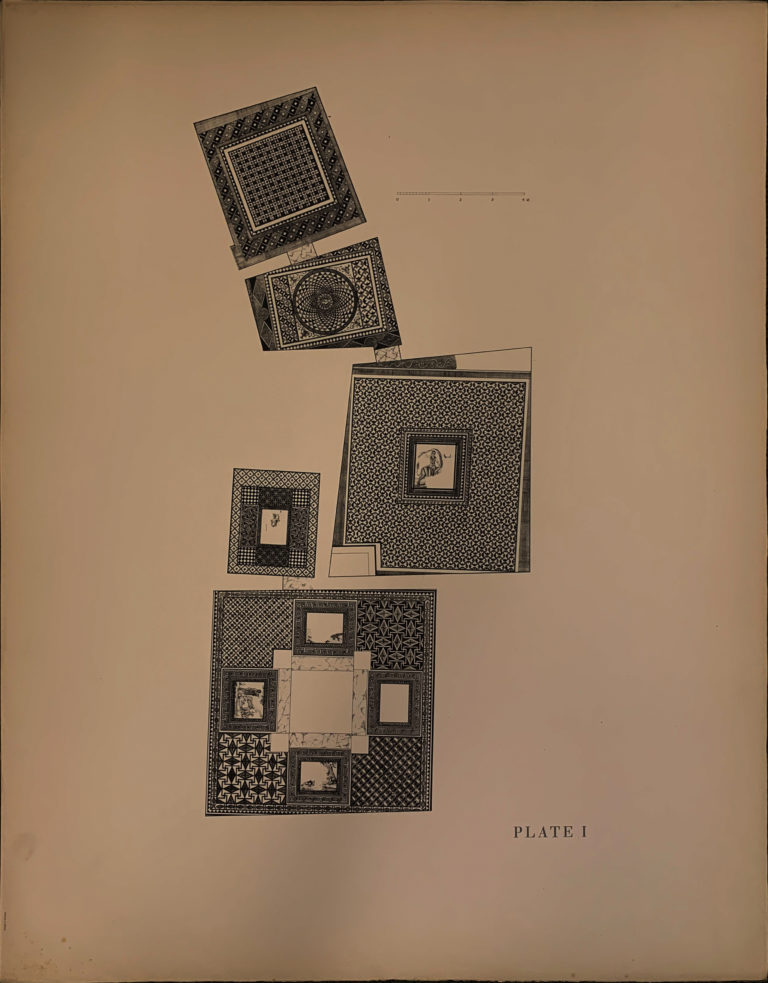 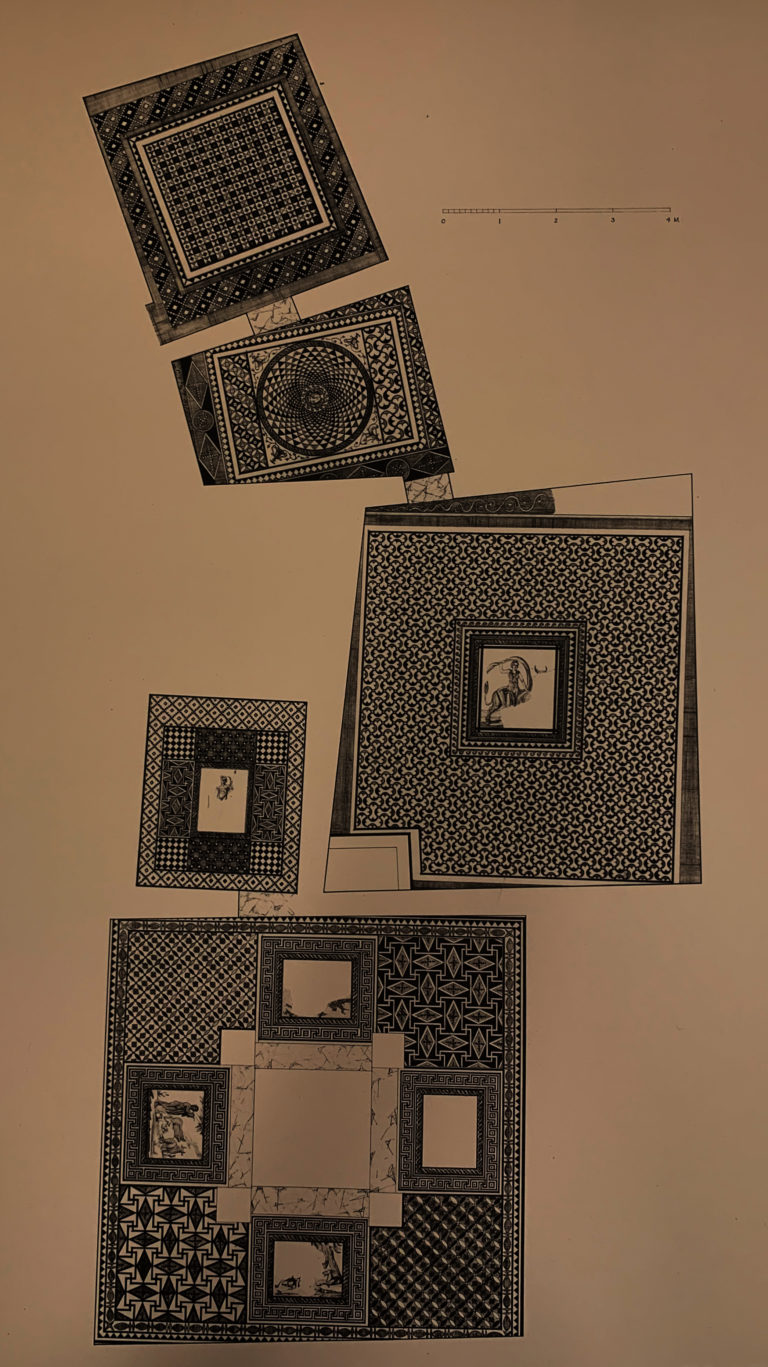 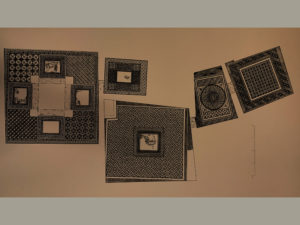 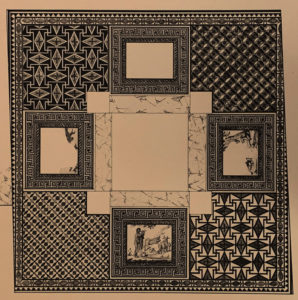 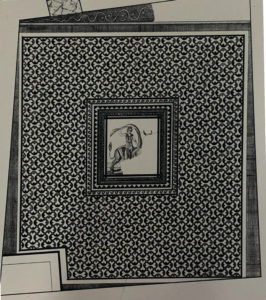 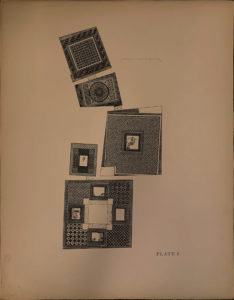 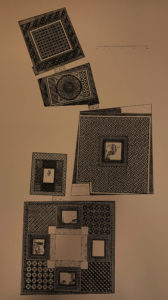 Plan of the Villa

In 1925, Dr. Theodore Leslie Shear, a professor of Classical Archaeology, and his wife Nora Jenkins Shear—herself also well-trained in archaeology in addition to being a highly-skilled artist—initiated a series of excavations of the Old City of Corinth, where the American School had already been laboring for more than 25 years.  The Shears uncovered a theater and a villa which contained a magnificent series of remarkably well-preserved floor mosaics.

Meanwhile, Jane Norton Grew Morgan visited Corinth in 1924 and was fascinated by it, so she financed the excavation of the villa which the Shears had discovered.  Later, Jane’s husband, J. Pierpont Morgan II, financed the production of a folio to document these magnificent discoveries, Corinth: Results of Excavations Conducted by the American School of Classical Studies at Athens, Volume V:  The Roman Villa.  This folio, written by Dr. Shear, contained a detailed discussion of the excavation and site as well as 13 plates, most made from watercolors which Nora Shear had painted, showing some of the excavated buildings.  The plates in the folio are magnificent in size and content, the size dictated by the participants’ desire to produce the head of Dionysus as a frontispiece in exact facsimile of the size of the mosaic itself.

Beautifully printed by Ganymed Graphische Anstalt of Berlin, which was founded in the early years of the 20th century by Bruno Deja, a printer, and the art historian Julius Meier-Graefe, director of Marees Gesellschaft, for which it printed much work.  Among others, Ganymed printed the work of Käthe Kollwitz.  The Ganymed Press emerged from Ganymed Graphische Anstalt.

Medium:
Likely collotypes, the favored reproductive method of the printer.
Publisher:
Harvard University Press, for the American School of Classical Studies at Athens.
Printer:
Ganymede Graphic Institution, Berlin
Date:
November 1930
Signature:
Unsigned
Framing:
Custom framed with a metal frame and matted behind UV-Filter Plexiglass.  All conservation materials.
Condition:
Very good condition.  Lines are crisp and clear.  Paper is clean and bright and unmarred by foxing, toning, or light damage.  At 90 years old, the ink is slightly less vibrant than it probably was when printed, but its condition is far better than can be expected based on age.
Framed Size:
32 in. (h) x 26.5 in. (w) × 1.25 in. (d)
Sheet Size:
32 in. (h) x 25.25 in. (w)
Window Size:
23 in. (h) x 20.5 in. (w)