Graham Sutherland is one of Great Britain’s most celebrated artists. He was famous before he began to produce his portraits but Winston Churchill’s famous horror of Sutherland’s depiction of him (leading to Churchill’s wife destroying the painting within a year of receiving it) may have cemented his reputation.  Sutherland began his career painting organic and even surreal landscapes of the Pembrokeshire coast.  During the second world war, he worked as an official war artist.  He made a series of paintings of bombed buildings which vividly captured the drama and tragedy of the devastation.  These works were predominantly black.  But by 1944 he began to use bright colors again in a series of imaginary landscapes, including a very distinctive range of orange, mustard, and pink, renewing his early surrealistic landscapes.  (Interestingly, the important Washingtonian Jack Perlmutter created a surrealistic landscape which seems to echo the palette and surrealism of Sutherland’s landscapes.)  Sutherland’s work for XXe Siecle magazine also used the reds and yellows which predominated in his landscapes. 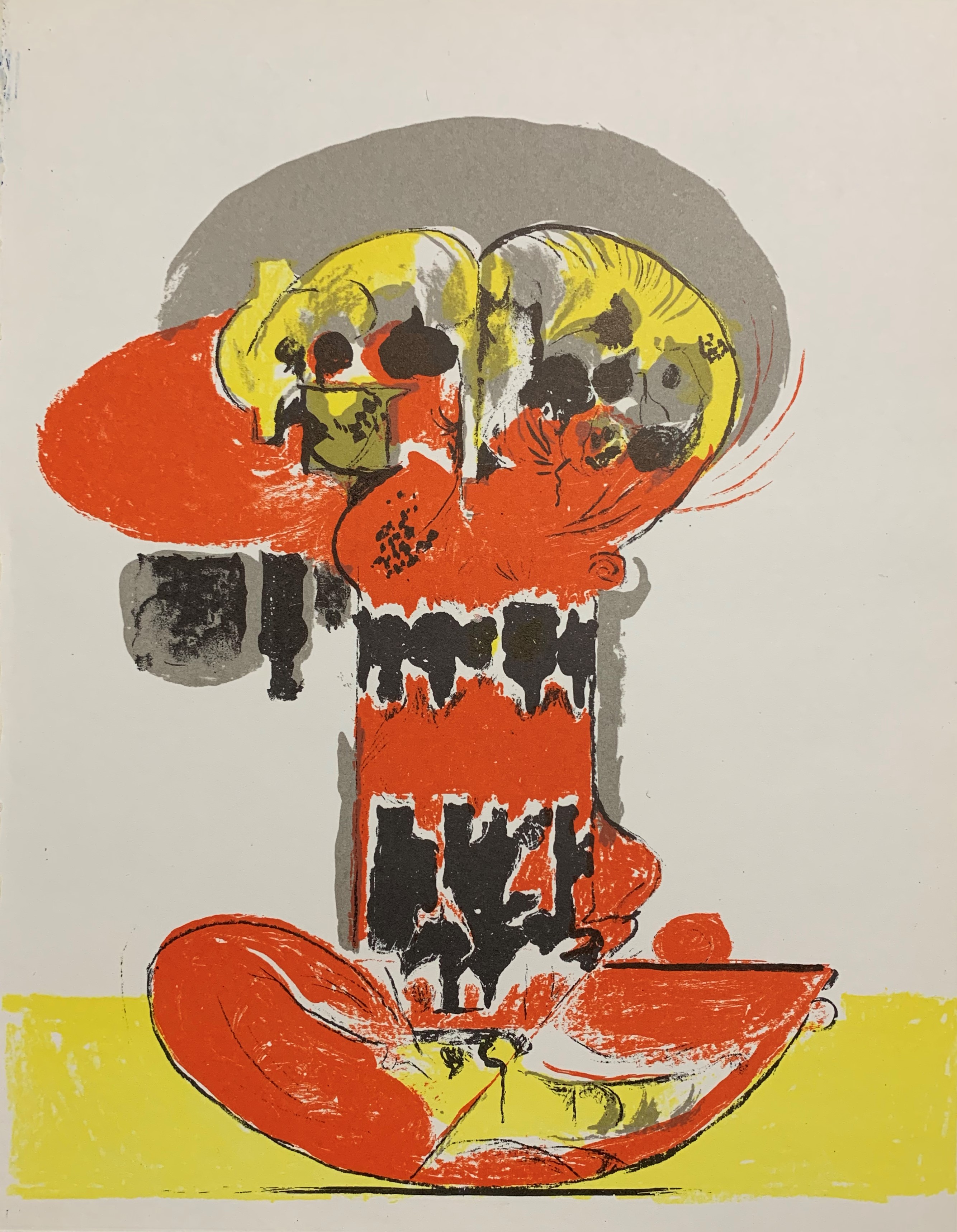