Dorothy Stratton King was a midcentury Washingtonian painter and printmaker.

Stratton began her career in art in the 1940s by painting Tom and Jerry film cells for Warner Bros Studios and designing costumes and sets for Paramount Pictures and George Pal’s Puppetoons.  But by the end of the century she had reached artistic maturity and her work would thereafter have a brooding, gestural style, albeit often with vivid color.

Stratton was an active part of the Southern California modernist movement from the 1950s through the 1970s.  While in California, she worked as the registrar for the La Jolla Museum of Contemporary Art School. She moved to McLean, Virginia in the early 1980s.  While living in Virginia, Stratton co-founded the Washington Printmakers Gallery.  After her husband’s death in 1990 she returned to San Diego but returned to Virginia in 1996.

Stratton studied at the Pratt Institute and the Brooklyn Museum School. In 1948, she began a two-year sojourn in Paris studying painting with cubist and sculptor Andre Lhote at the Academie de la Grande Chaumiere.

Stratton’s vivid abstract paintings gained attention in the early 1950s.  She had her first major solo show at the Pasadena Museum of Art in 1959, in which she signaled a deliberate shift to abstraction.  She turned to printmaking in the 1960s.

Stratton has exhibited her work at Moscow’s Pushkin Museum of Fine Arts, London’s Barbican Center, the Corcoran Gallery of Art, the World Bank, the Long Beach Museum of Art, the Tunisian Ministry of Culture, and U.S. embassies through the U.S. State Department’s Arts in Embassies program.  She had solo shows at the Pasadena Art Museum, the La Jolla Museum of Art, the U.S. Information Service in Tunis, Acadia University in Nova Scotia, the Washington Printmaker Gallery, and the University of San Diego’s Founders Gallery, which hosted a major retrospective of her work in 1994.

Stratton’s work is held in the permanent collections of the Corcoran Gallery of Art, the National Museum of Women in the Arts, Georgetown University Lauinger Library’s Fine Prints Collection, the Smithsonian’s National Museum of American History, the Long Beach Museum of Art, the Tunisian Ministry Cultural Affairs, the Los Angeles Municipal Art Collection, and Southwestern College in Chula Vista, California.  The “Journal of the Print World” published a featured article on Stratton in 2018. 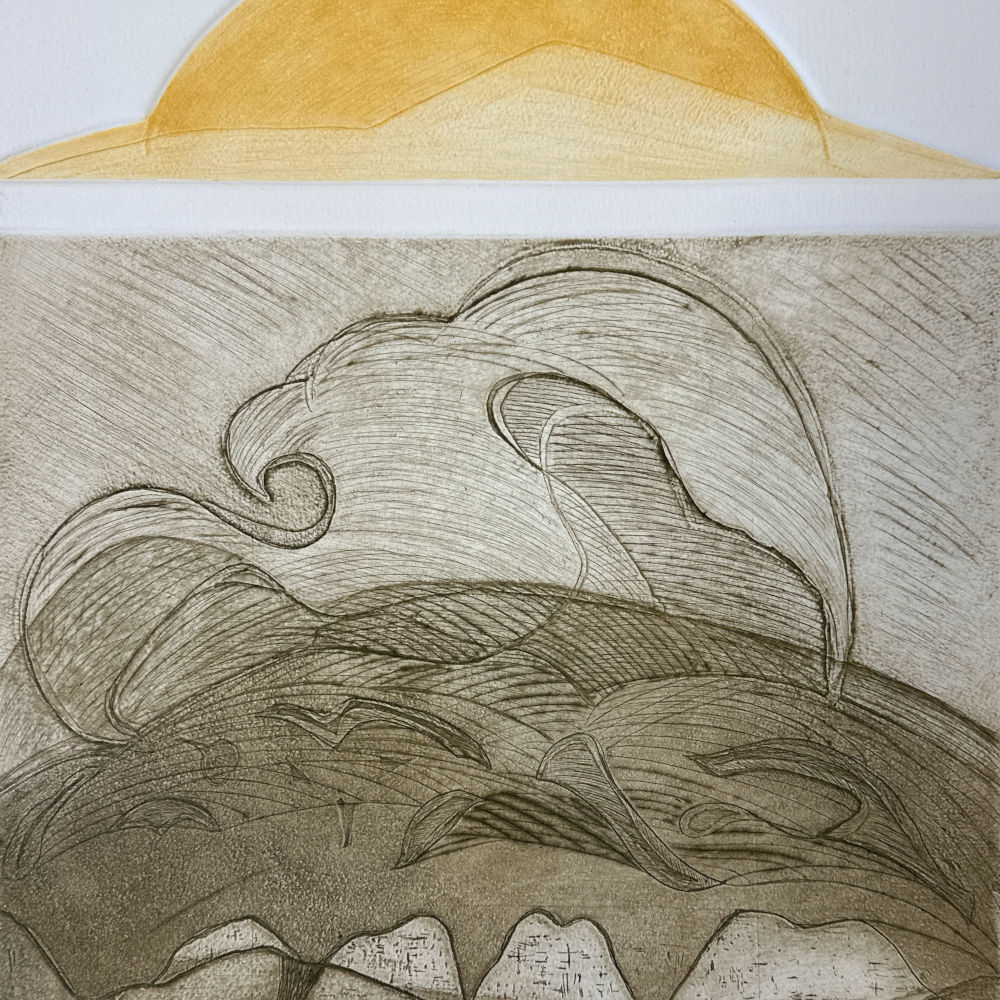