Rockne Krebs was a pioneering art and technology artist, widely recognized for his monumental sculptural installations with laser light. His initial approach to sculpture was to eliminate its materiality, and a number of his early 1960s works were geometric forms in clear Plexiglas. Laser light was his next step in creating sculptural works that had no solid form. His ground-breaking works in this medium led to his inclusion in the famous Art and Technology project and subsequent exhibition at the Los Angeles County Museum of Art. Krebs generally created his laser works for specific outdoor locations, such as the National Mall in DC, at the Kennedy Space Center, the Philadelphia Museum of Art, and the Walker Art Center in Minneapolis.

Krebs explored light using other tools as well, including neon and camera obscura. He created a series of works using prisms; one installation in the Omni International building in Atlanta was calibrated to the changing angle of the sun so that on the equinoxes an eye (based on that of his daughter Heather) appeared on the wall of the building’s atrium.

Krebs received a Guggenheim Foundation Fellowship in 1972 to focus on drawing, and this medium became an important creative exploration for him for the rest of his life.

Krebs spent most of his career in Washington, DC.  One of his early innovative installations was created for the Corcoran Gallery of Art. He was deeply involved in artists’ issues in DC and worked tirelessly to encourage important DC museums to show more work by DC-area artists. He was one of the founding board members of the Washington Project on the Arts, which was founded to provide more exhibition space for area artists, and he showed during the 1960s and ’70s at DC’s vaunted Jefferson Place Gallery. He had more than 30 solo shows and participated in dozens of group shows at the Whitney, the Phillips, and many other fine museums. A retrospective of his drawings was shown at Caltech, the Cincinnati Contemporary Art Center, and at the Corcoran Gallery of Art in the 1980s.

Krebs earned a BFA in Sculpture from the University of Kansas. He received a National Endowment for the Arts Fellowship in 1970. 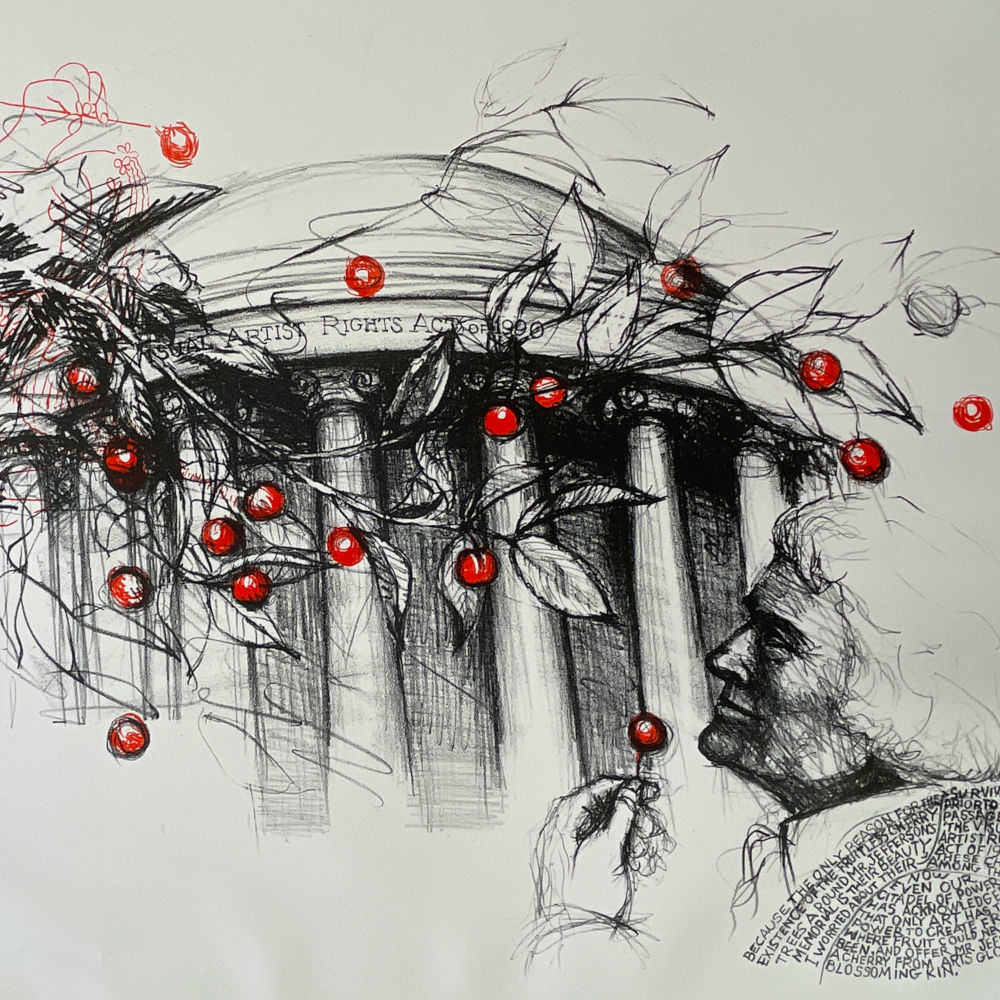 A Cherry Tree for Mr. Jefferson