Achille Perilli was an enthusiastic proponent of abstract art from the very start of his career. He developed as an artist in post-fascist Italy when the Italian art world was largely oriented around Social Realism.  Perilli soundly rejected Social Realism, instead championing abstraction as a more “pure” approach to art.

Perilli’s role in the development of abstract art in Italy cannot be overstated.  He was a founder of Forma 1, one of the most influential art collectives to emerge from Post World War II Italy, which explored the tension between abstraction and realism that was so present in Italy at that time.  In 1949, he joined the Movement for Concrete Art, from 1957 to 1960 he published the magazine The Modern Experience, and he was a founder of Grammatica magazine.  In 1971, Perilli he wrote the Manifesto della Folle Immagine in the Imaginary Space; in 1972 he took part in the establishment of the Altro Group; in 1982 he published the manifesto Theory of Geometric Irrationality.

Perilli was initially interested in abstract compositions with graphic-narrative sequences, but beginning in the 1970s he dedicated himself to  “irrational geometry”, largely inspired by the forms and colors found in Picasso’s cubist paintings.

Perilli has enjoyed great critical success.  He participated in the Venice Biennale in both 1962 and 1968.  He has had solo exhibitions at the National Gallery of Modern Art in Rome and other important museums and has exhibited at the Stedelijk Museum of Amsterdam, the Gallery Tega of Milan, and in 2019 a solo exhibition of his work was presented at the Hermitage Museum in St. Petersburg. 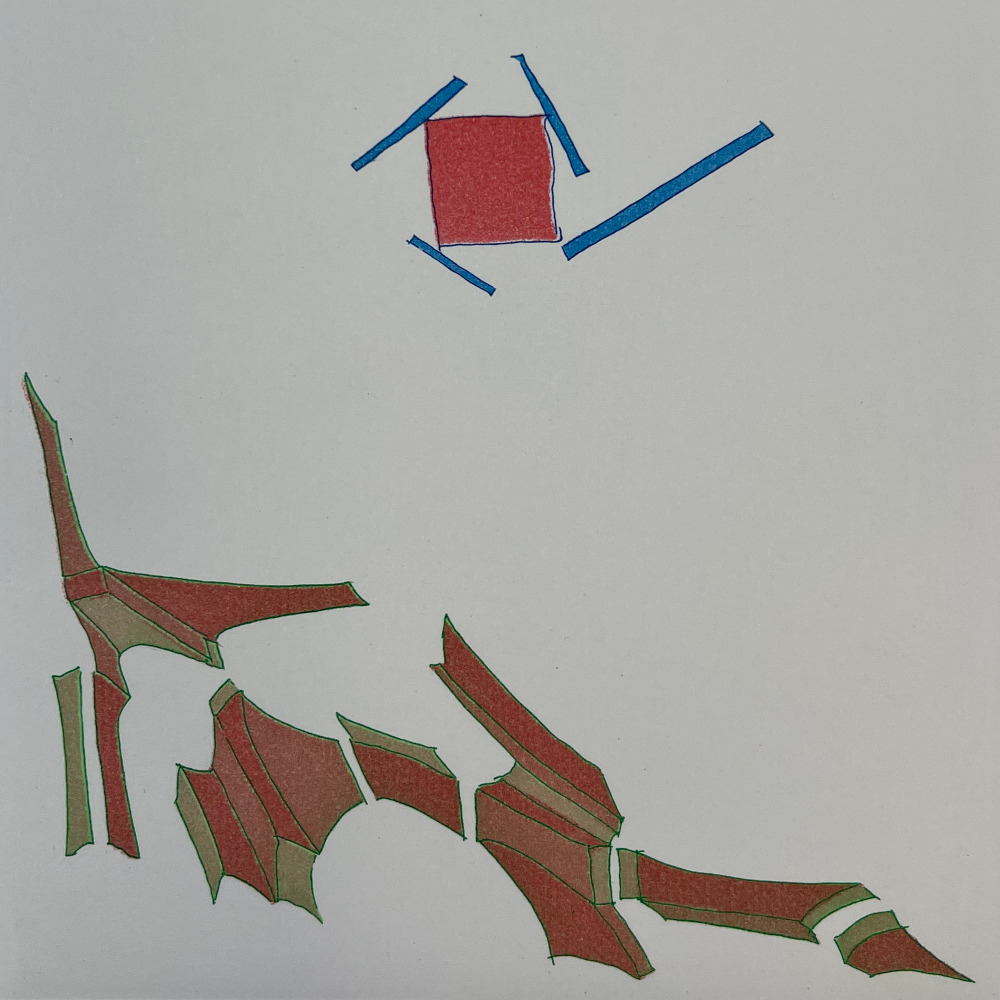