Charles Balthazar Julien Févret de Saint-Mémin was educated at the École Militaire in Paris and served in the French Guards for a short time.  During the Revolution Saint-Mémin left France for Switzerland and then to New York City.  There he taught himself portraiture as a means of making a living.  Before leaving the United States in 1814 Saint-Mémin created many portraits of famous Americans, including John Marshall, Thomas Jefferson, George Washington, Meriweather Lewis, many Native leaders and warriors, and many others.  After returning to France, he worked as director of the Musée des Beaux-Arts de Dijon until his death.  Saint-Mémin’s work is held by most major museums, such as the Smithsonian Institution, the National Gallery of Art, the Metropolitan Museum of Art, and the Pennsylvania Academy of the Fine Arts. 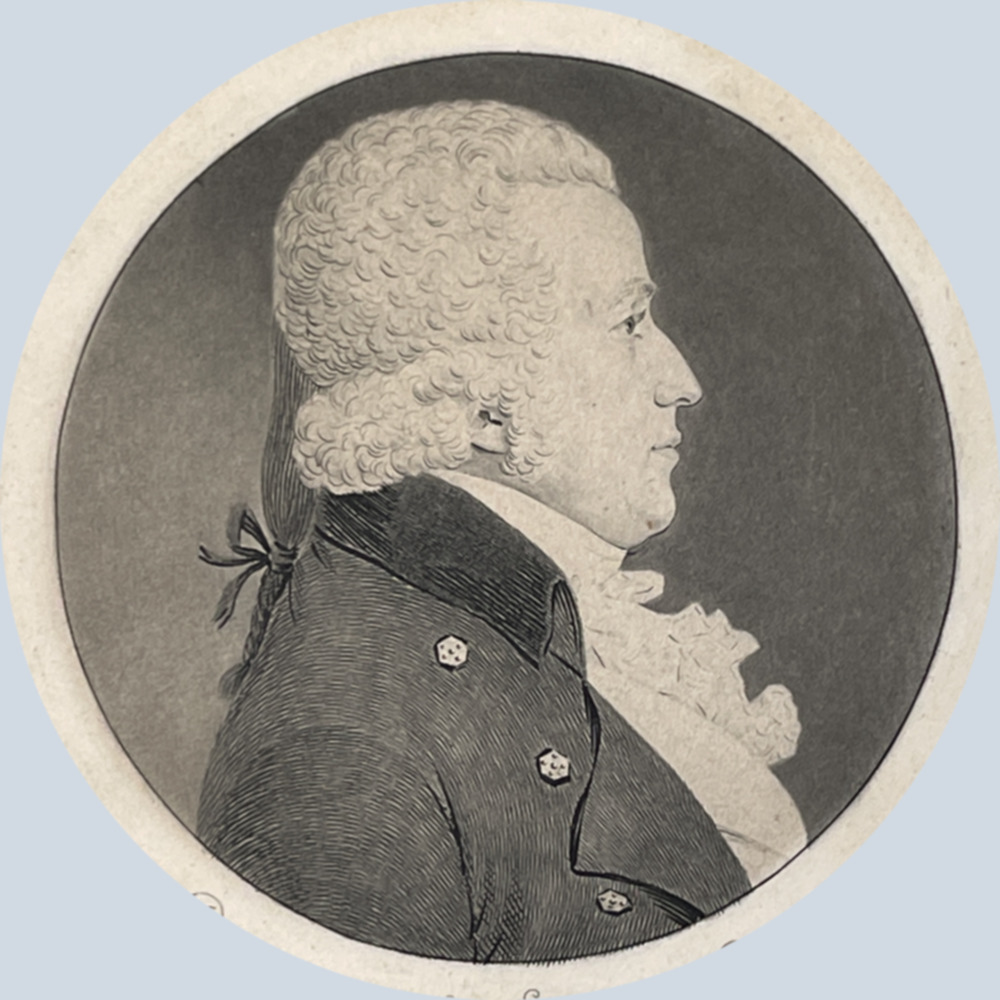