Dominic Manfredi started his career as an artist and moved to Rome for retirement to focus on his art, but he spent his career designing sets for shows on Broadway and around the world.  A 1947 article in the New York Times said, “Young Don Manfredi’s paintings and drawings at the Weyhe Gallery indicate that he is rapidly maturing.”  Another New York Times article wrote years earlier, “The star here is young Don Manfredi, aged 16 . . . highly imaginative and very expert in his novel geometricizing, so to speak, of landscape.”  Manfredi moved to Rochester in 1968, where he worked as a painting conservator.  A few years before his death, Manfredi moved to the Italian Riviera, where he felt he would once again have time to pursue his own art. 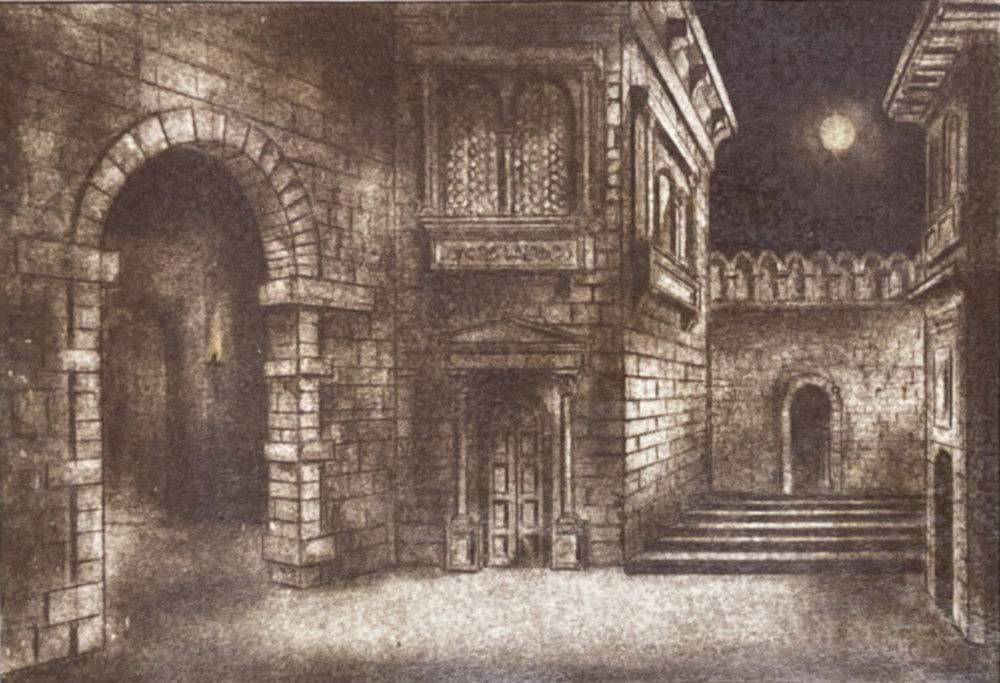