Michael Loew began his art career as a student at the Art Student’s League.

The Irrepressible Saidie May

In 1929, Loew fell into the orbit of Saidie Adler May, a charismatic collector of Surrealist and early Abstract Expressionist art.  (May would later help Andre Masson escape Nazi-occupied France.)  She took him with her on a worldwide tour, spending two years in Paris, Africa, Germany, and Italy, and vastly growing his sophistication and world-view.

Loew returned to New York City armed with the maturity gained from his travels.  When he arrived in America, he was greatly affected by the ongoing Great Depression, both personally and in his awareness of its impact on disempowered people.  He produced numerous portraits and depictions of urban life during this time, many with clear influences by the Fauvists, all evocative, compelling, and simultaneously sympathetic but unsentimental.

In 1935, Loew was hired by the WPA to paint a variety of murals in public buildings.  His work during this time famously included a collaboration with Willem de Kooning, who would become a lifelong friend, for the Hall of Pharmacy at the 1939 New York World’s Fair.  This work—giving voice to modernism and abstractions—was a sharp departure from the symbolic work common in WPA commissions, and met with great acclaim.

During this time, Loew’s concern for social betterment grew.  He became very involved with the cause of paying a living wage to WPA artists.  Like Gropper and Evergood and other Social Realist artists of the day, he used art to give voice to his concerns about poverty.  But he also used his voice; when he was president of the Artists’ Union, he led a protest where artists chained themselves to poles in Union Square.

Changed by his Wartime Service

In 1943, after the bombing of Pearl Harbor, Loew joined the U.S. Navy as a Seabee.  While enlisted, he documented the work being done on the airbase on Tinian Island.  Loew lost much of his hearing during the war.  He also lost his interest in representational work.  After the war, Loew’s work was exclusively abstract.  He studied with Hans Hofmann and, in Paris, with Fernand Léger.  He became a member of the American Abstract Artists, The Artist’s Club, and The Spiral Group.

Of particular interest is the fact that Loew’s abstract oil paintings are, according to the gallerist Robert Landau, always based on real subjects:

He was literally abstracting from reality, taking his imagery from landscapes and figures, the result is an abstraction of horizontal, vertical and diagonal lines, interspersed with occasional curves. The whites he uses are positively shaped in dense pigment and equally substantial to the coloured planes. Instead of a flat picture plane, Loew created an atmosphere, a light-filled resonant atmosphere suitable for dreaming, like castles in the air.

Loew was an important teacher of artists.  He taught at UC Berkeley and the Portland Museum School and spent three decades on the faculty of the School of Visual Arts.  He received a National Endowment for the Arts fellowship grant in 1976 and a Guggenheim grant in 1979.

Loew’s work is held in the collections of the Guggenheim Museum, the Whitney Museum of American Art, the Art Institute of Chicago, the Philadelphia Museum of Art, and the Hirshhorn, and many others. 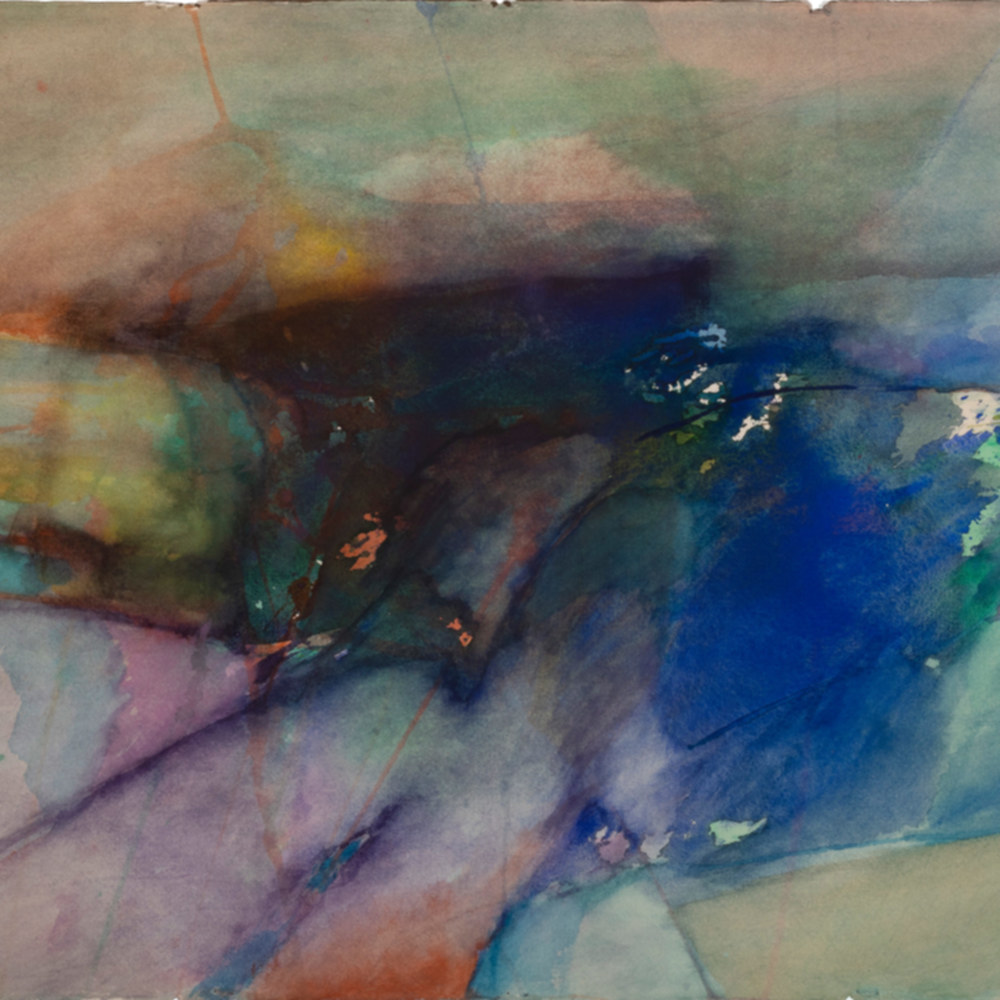 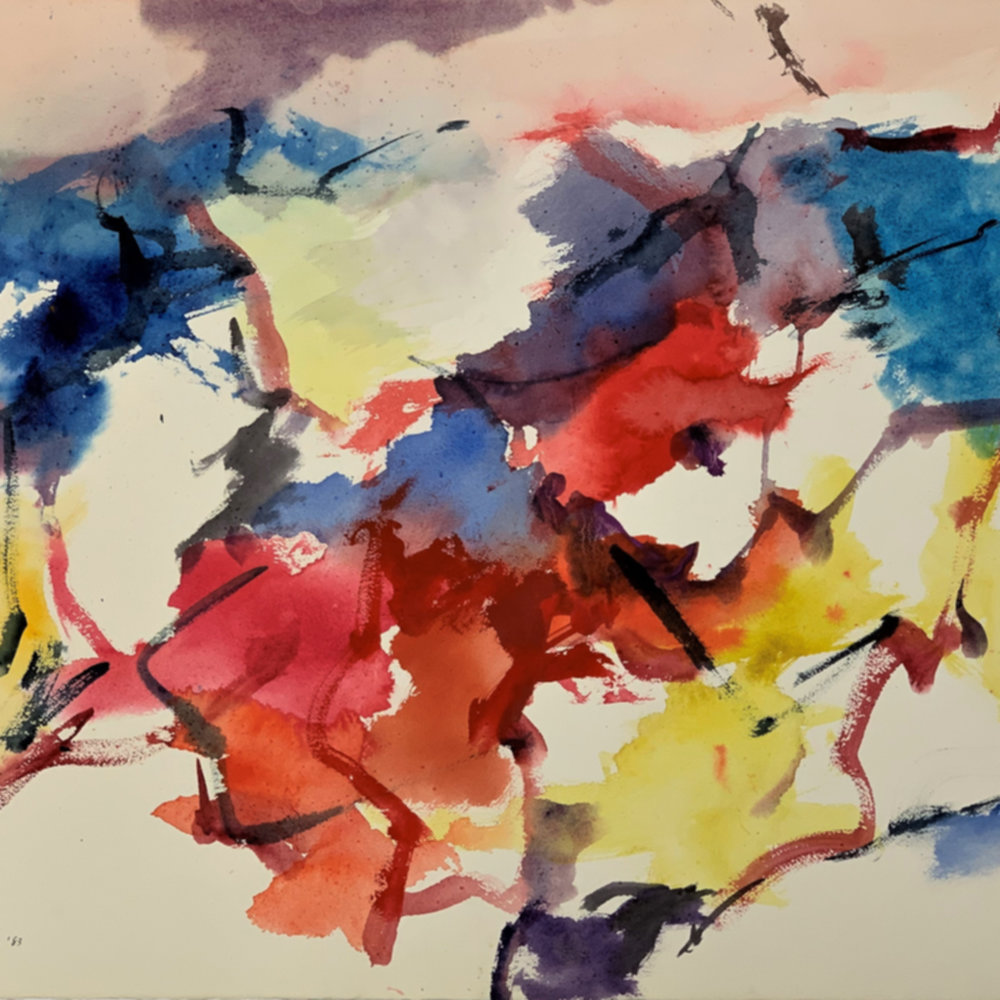 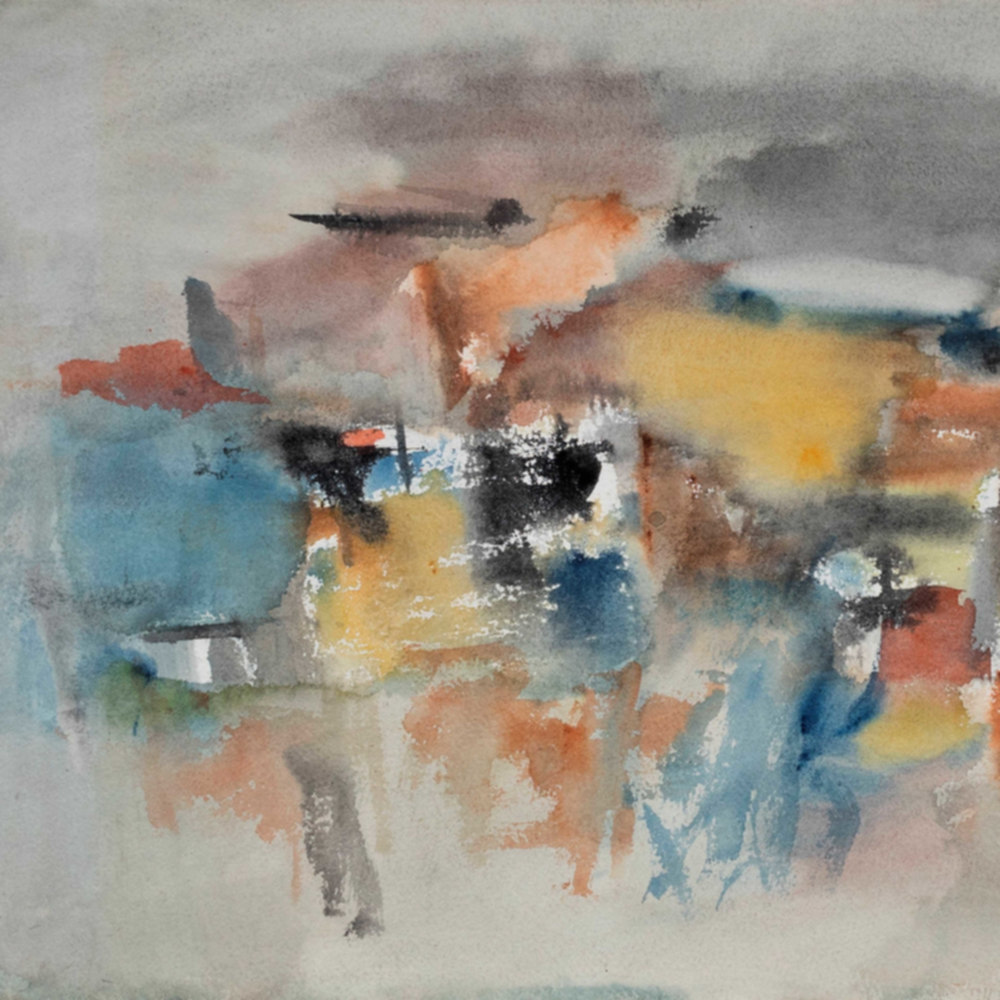 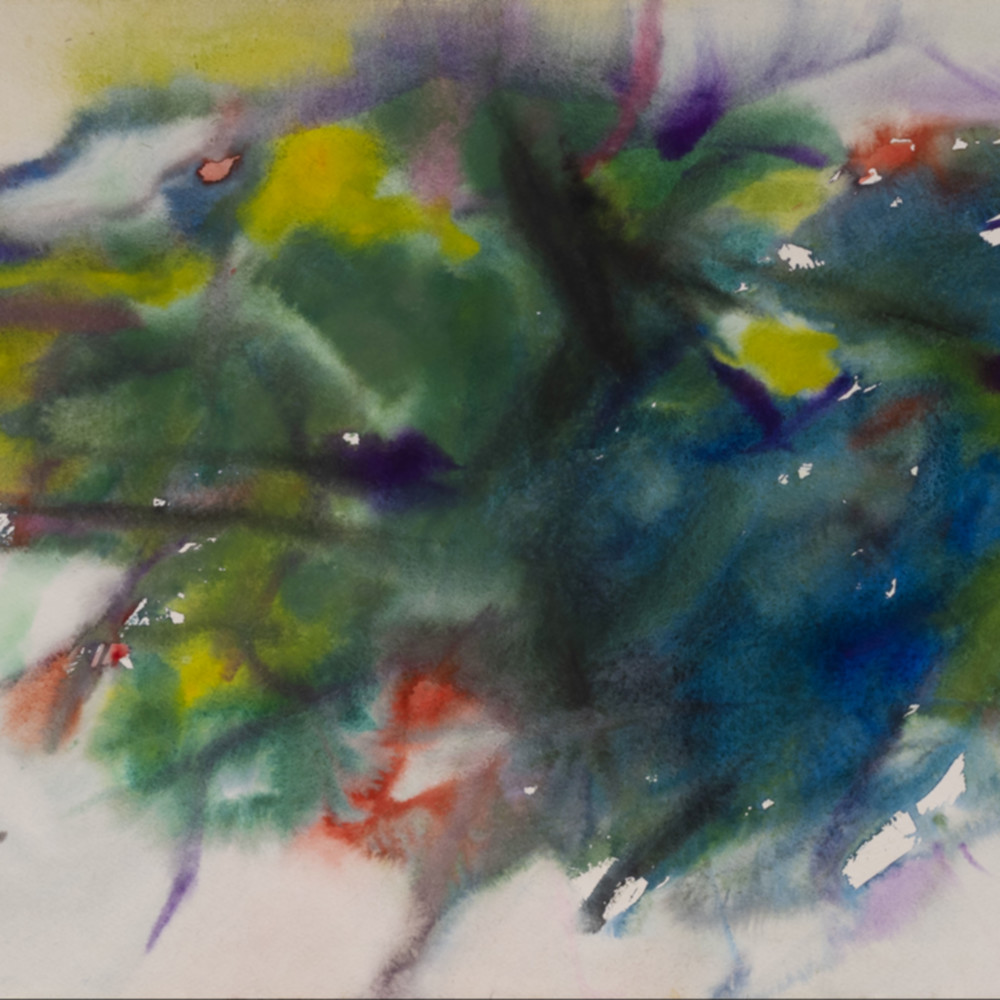 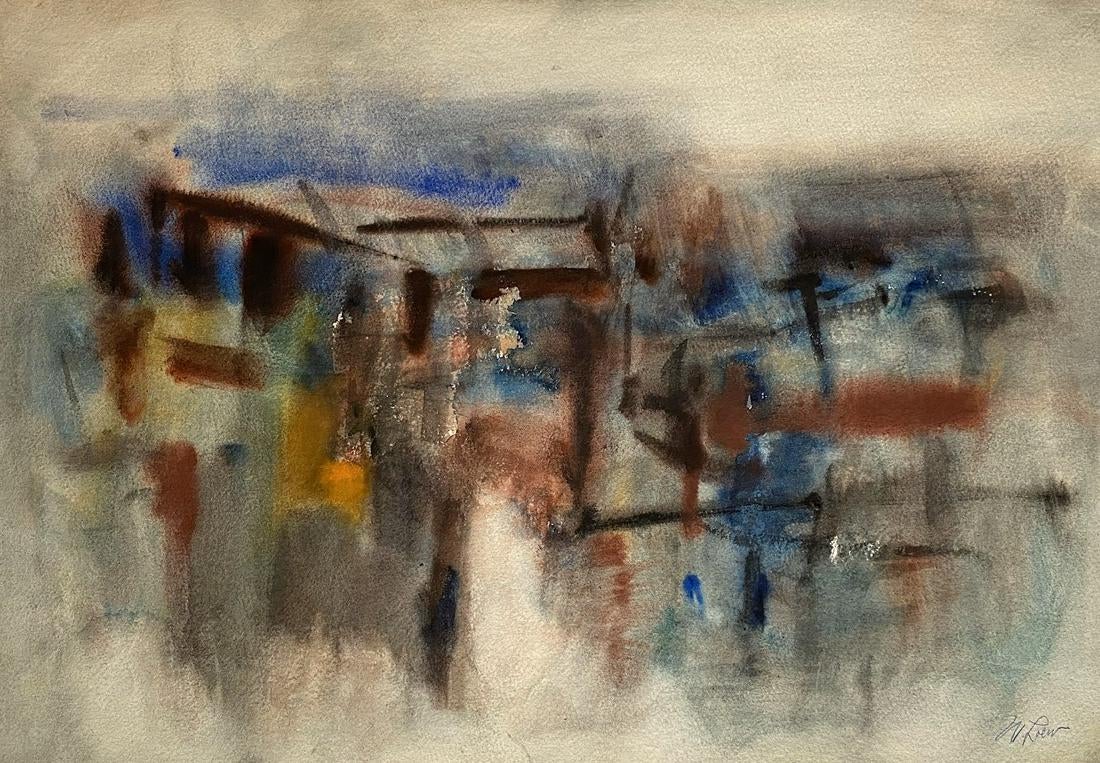 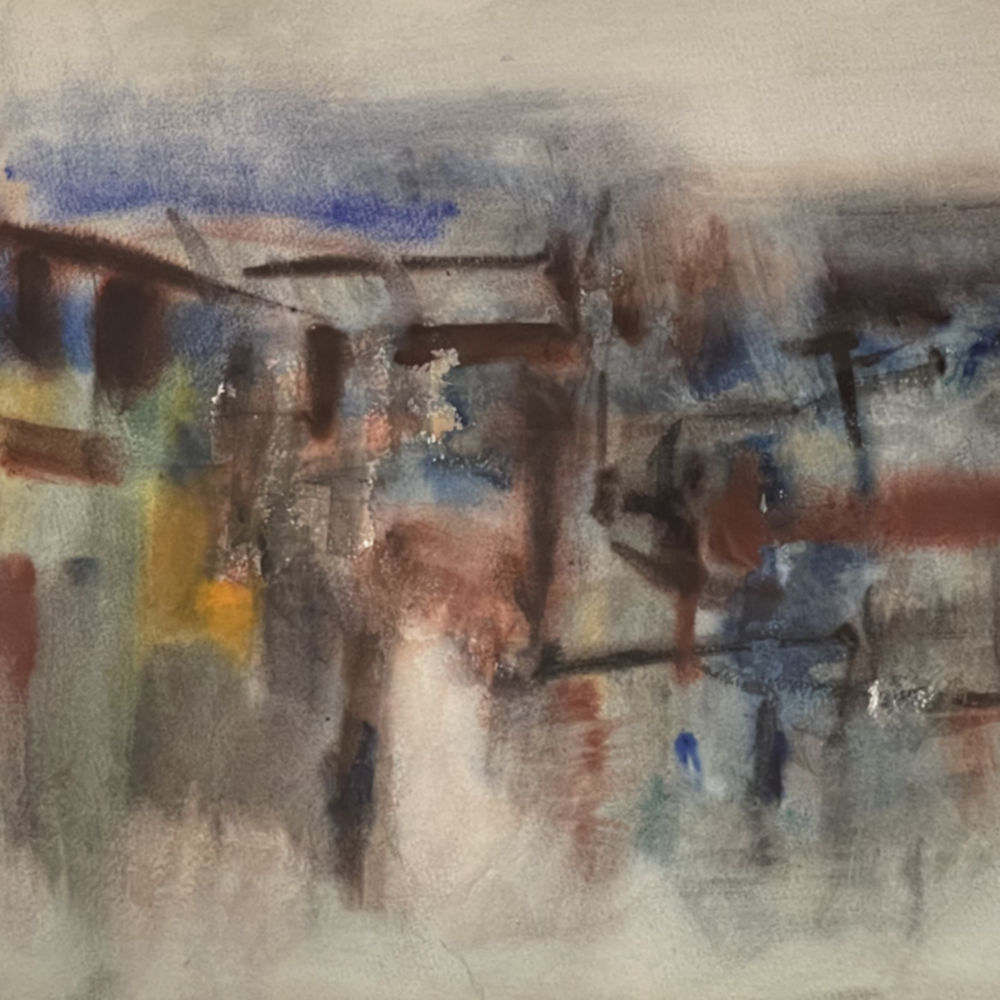 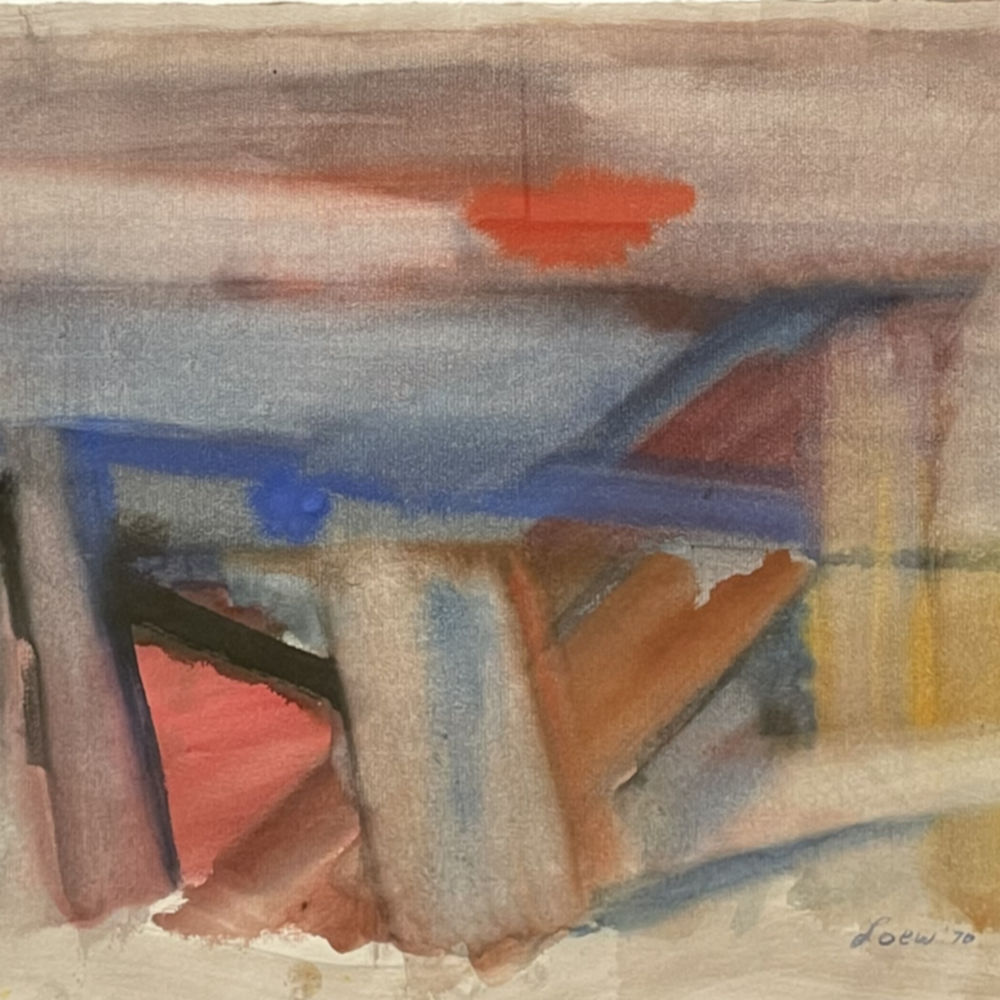 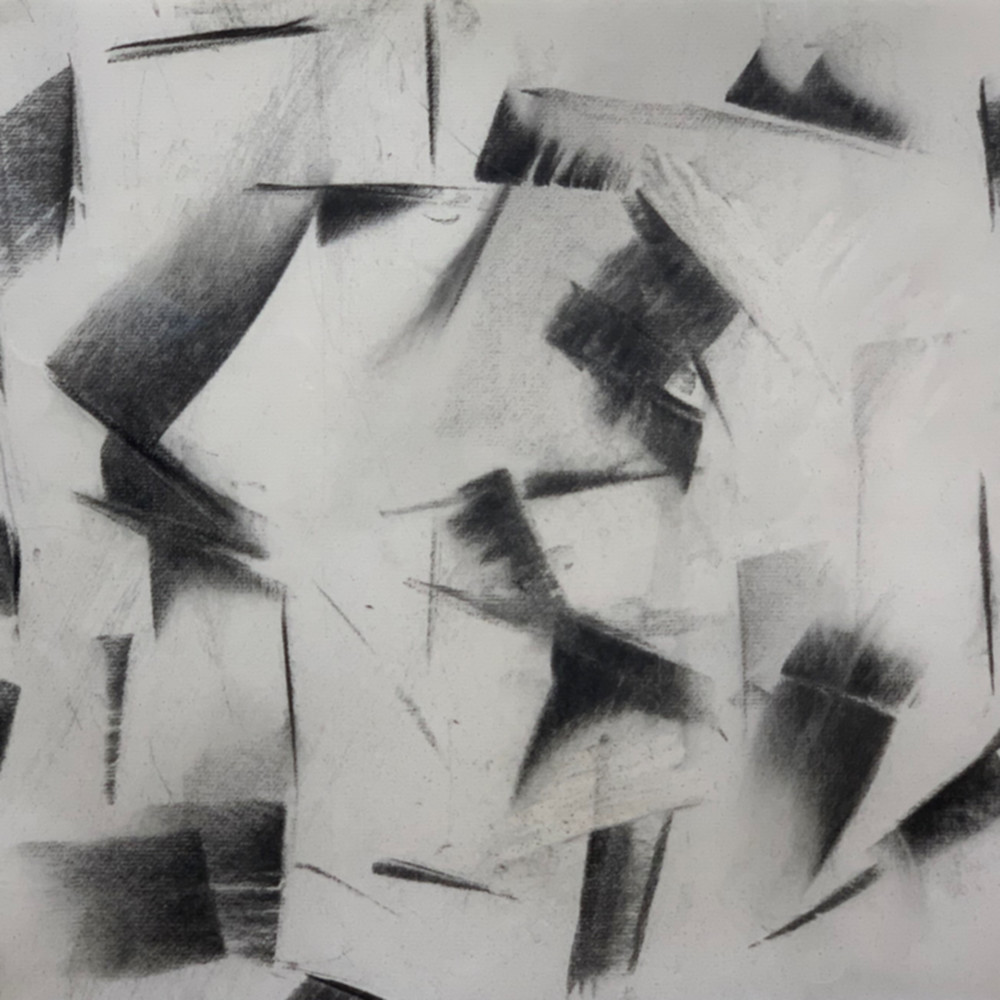