Joanna Vanterpool Krasner was a mid-century Abstract Expressionist New York artist.  She was part of an artistic family:  daughter and niece of artists, married to Oscar Krasner, director of eponymous Madison Avenue gallery, and mother of accomplished artist Jenny Krasner.  She earned a Bachelor’s degree in fine arts from the University of Saskatchewan and a Master’s degree in painting from the University of Wisconsin.  She also studied at London’s Central School of Arts and Crafts.

Ms. Krasner received numerous awards for her work during her education, including the Madison, Wisconsin Newspapers Award for Oil Painting, the World University of Canada Fellowship to Italy, the Canada Council Grant to the School of Fine Arts Fontainebleau, the 1955 Purchase Prize, Winnipeg Art Gallery, and the Thekla M. Bernays Scholarship to The Art Students League of New York.

Krasner described her work as follows:

“My art work consists of building up and breaking down lines, shapes, colors and concepts, often in the end, returning to the original idea. Through this process the pieces take on a life of their own; initial impressions are strengthened and unexpected twists, turns and configurations arise.

“The paintings are built up gradually with layers applied in oil paint occasionally mixed with sand. The original iconography is left to show through which eventually arrives at a heavily textured surface. Detailed overlapping lines result in a visual tangled web which are intuitive rather than intentional.

“The application of paint is subject to constant experimentation: smearing, scraping, rubbing and daubing. The variety of marks create unexpected color combinations and textures. Abstract images are culled from the subconscious, chance movements of the brush or spatula and rub-outs with a rag reveal new shapes, forms and textures which propel the work toward unexplored and vibrant directions.”

In addition to several shows at her husband’s prominent Madison Avenue gallery, Krasner’s work has been exhibited at The Winnipeg Art Gallery, the National Gallery of Canada, the Pennsylvania Academy in Philadelphia, the Shelter Rock Art Gallery in Manhasset, the Paris-Kent-New York Art Gallery, and the Huntington Art Council. 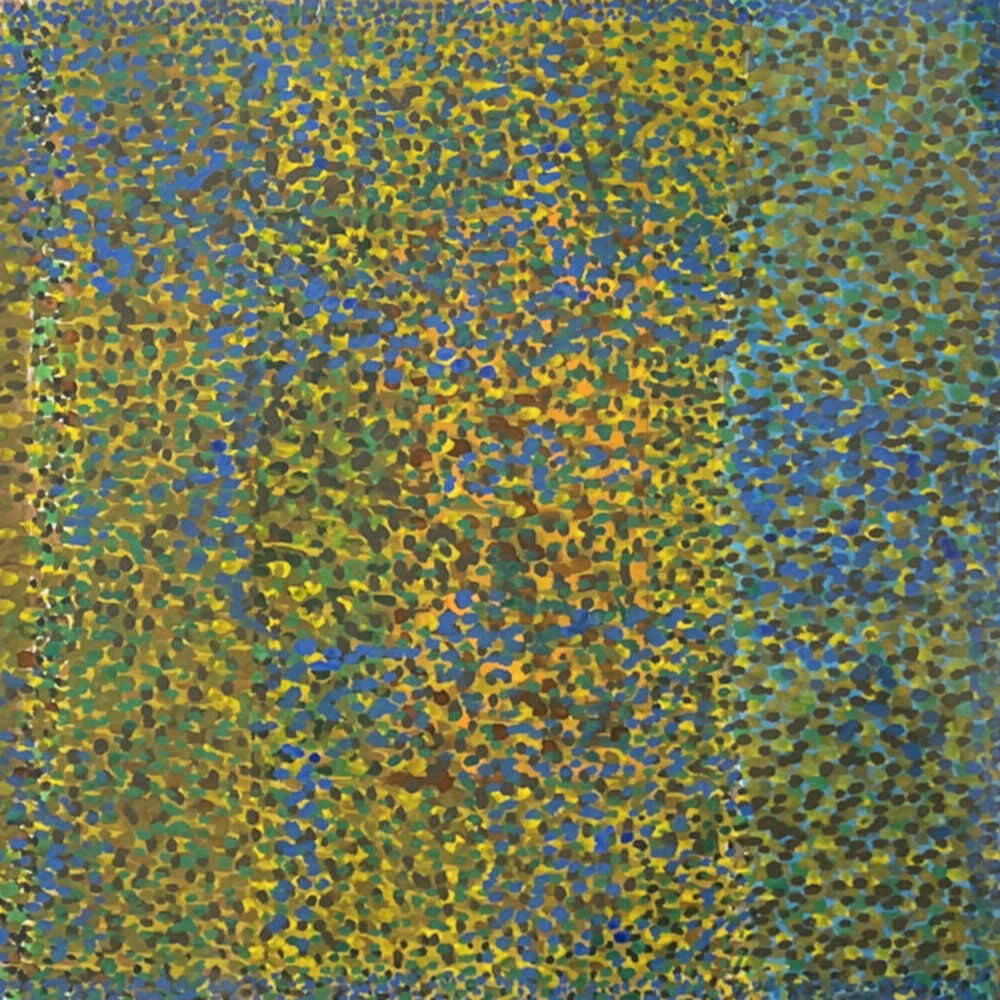 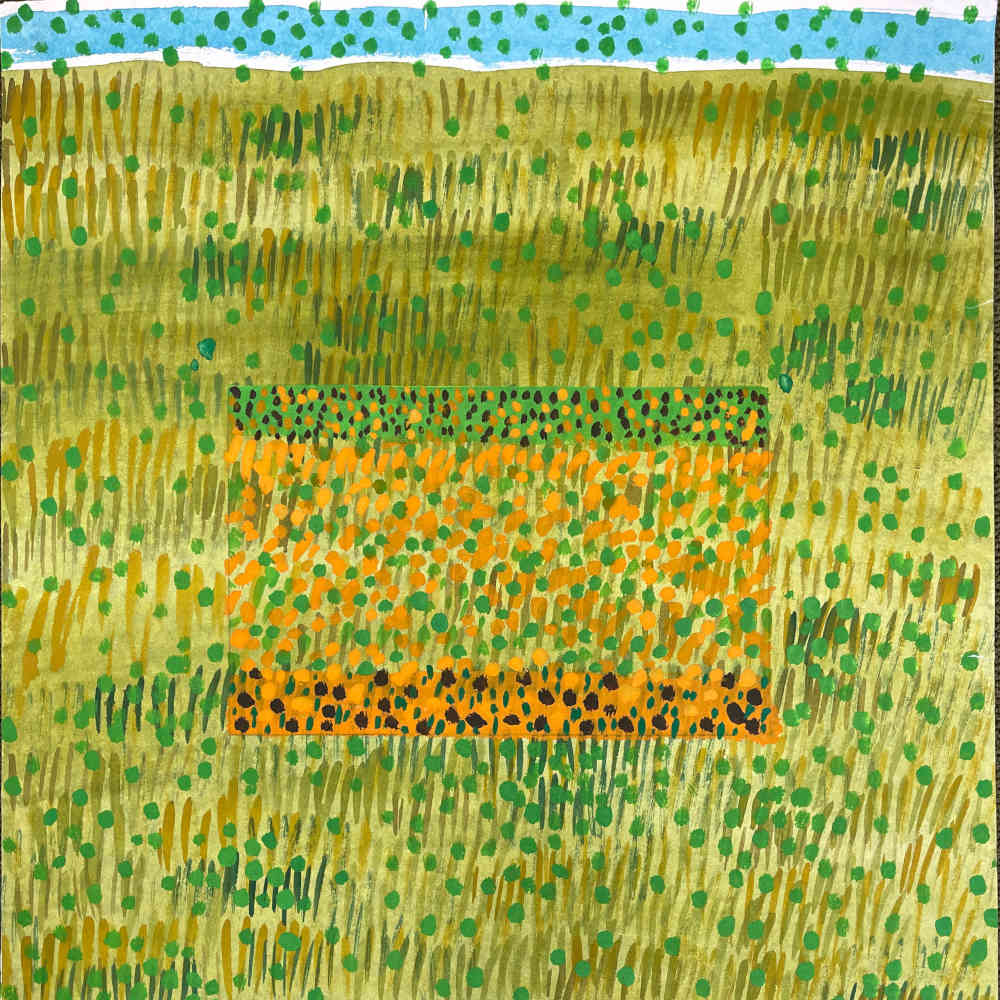 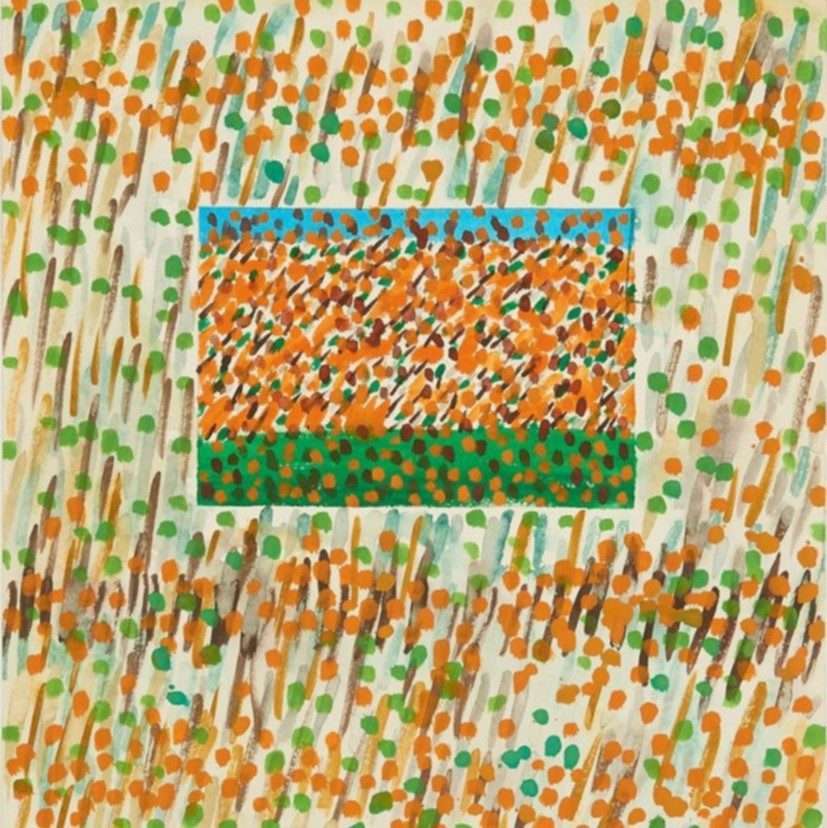