The engraver Charles-Émile Jacque was part of the Barbizon school of artists (named after the village of that name in north-central France near the Fontainebleau Forest), having moved to Barbizon in 1849 with Jean-François Millet (the artist perhaps most associated with the Barbizons) to flee the Paris cholera epidemic.

In Barbizon, Jacque painted pastoral pictures and, perhaps more important to his legacy, made etchings and engravings. In fact, Jacque was an important innovator and is credited as one of the three artists who revived seventeenth-century techniques in the nineteenth century.

He first learned to engrave maps when he spent seven years in the French Army. He began his career as an engraver later, though, around 1841, by publishing a series of etchings with Louis Marvy. Like his more well-known contemporary, Honoré Daumier, Jacque provided illustrations for Le Charivari. But by the middle of the decade he began to create original works inspired by Rembrandt and the Dutch masters. Jacque came to play a critical role in the Realist movement and, according to Emily M. Weeks, had a profound influence on Millet (rather than, as art history has long had it, the other way around).

Charles Baudelaire said of him, “Mr. Jacque’s new reputation will continue to grow always, we hope. His etchings are very bold and his subject matter is well conceived. All that Mr. Jacque does on copper is filled with a freedom and a frankness which reminds one of the Old Masters.” 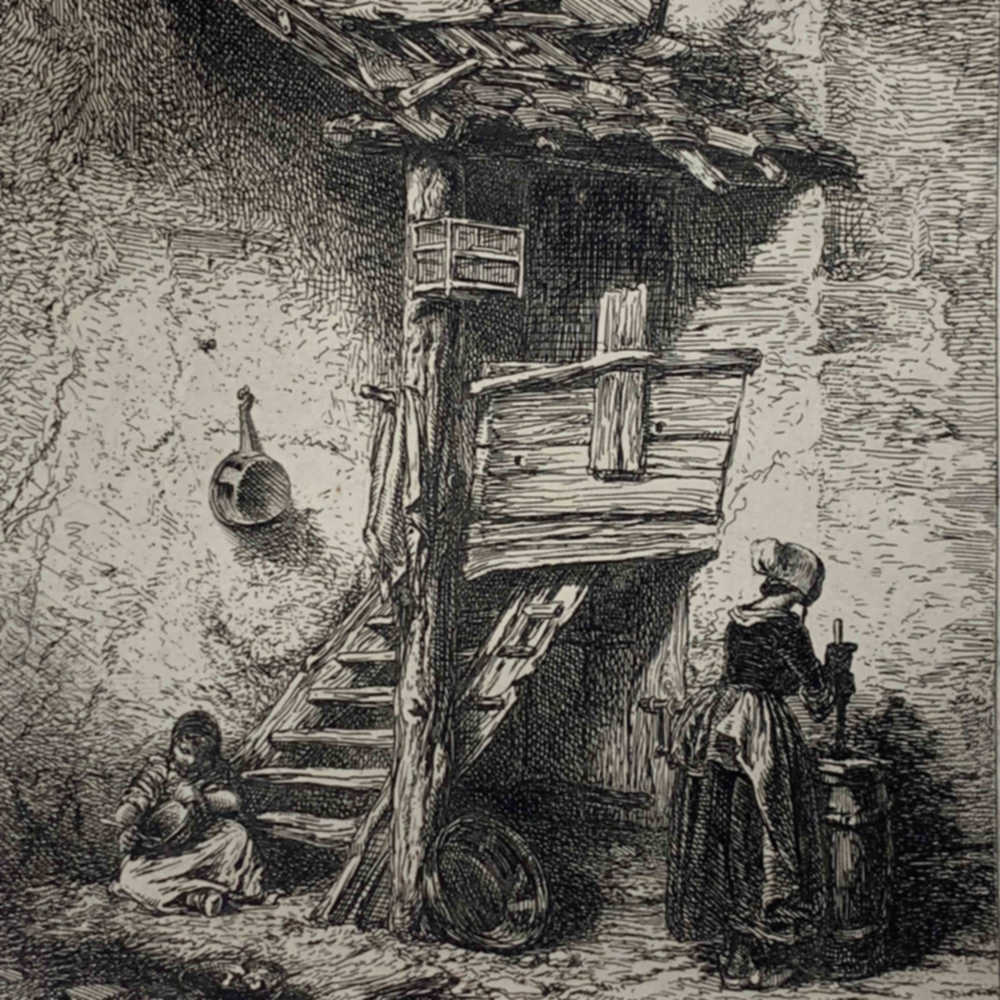