William Hogarth, one of the most influential artists of 18th Century England, is best known for his moral and satirical engravings and paintings, such as his eight-scene A Rake’s Progress (begun in 1732) and Marriage à la Mode (begun in 1745). A keen and humorous observer of human behavior, Hogarth depicted the exuberant life around him, from couples carousing in bawdy houses and taverns to scenes of fairs and theaters.

In February of either 1713 or 1714, Hogarth began his apprenticeship to a plate engraver, Ellis Gamble, a distant relation. Hogarth’s father’s premature death in 1718 was a major event in Hogarth’s life, as it placed the financial burden of supporting his mother and siblings on the young artist. By April 1720, he had set up an independent business as an engraver. His first works included a number of commissions for small etched cards and bookplates, and in 1721 he produced two inventive engraved allegories, The South Sea Scheme and The Lottery. These thematic prints attracted considerable attention, and were the beginning of the black-and-white satires which made Hogarth so widely known in Britain and abroad.

As a painter, Hogarth’s first successes were with “conversational pieces”, which feature informal groups of family and friends surrounded by customary things from their everyday life, all with Hogarth’s humorous, almost irreverent, hallmark.

Around 1730, he created his painting The Beggar’s Opera, which brought him great success. He was commissioned to paint several versions and as a result, had the idea to bring something of the theater into his work by putting together “pictorial dramas” in engravings, which would make these works more accessible to the wider public than they could be as paintings. His first successful series was The Harlot’s Progress. Unfortunately, only the engravings have survived to this day; the original paintings were lost in a fire in 1755. It was immediately followed by the groundbreaking Rake’s Progress and, a few years later, by the masterpiece of the “pictorial drama” genre The Marriage a la Mode. Besides being technically excellent paintings, Hogarth’s works were serious moral and social satires, executed with just enough of a humorous touch to give them popular appeal.

Protective against piracy of his work, Hogarth was one of the first to obtain artist’s copyright over his engravings in a law passed as the Hogarth Act in 1735.

Hogarth was the first artist to bring themes from “popular culture” into fine art, borrowing themes and subjects from Shakespeare, Milton, and the theater.  In addition, he was the founder of a wholly original genre of “moral histories”, which continue to be described as Hogarthian. 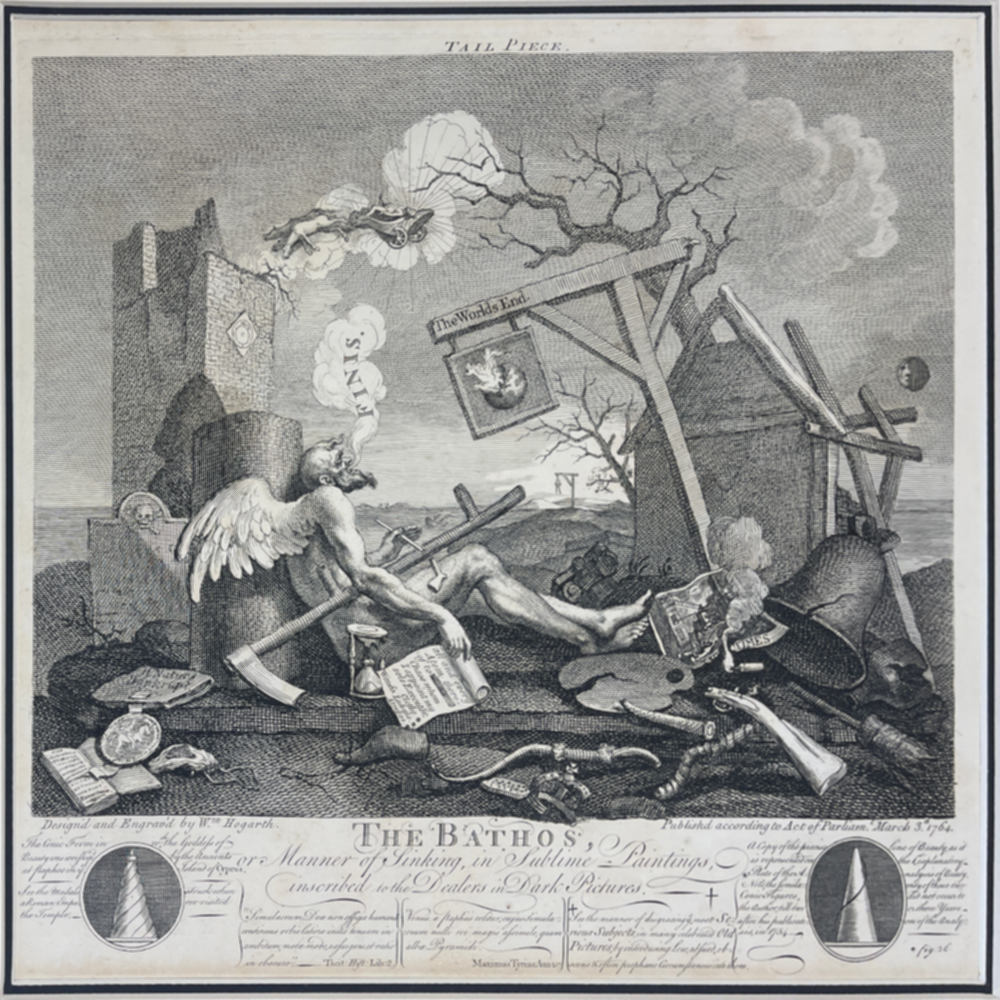