Charles Hinman is an Abstract Minimalist painter who pioneered the concept of the three-dimensional shaped canvas in the mid-1960s.  He explores the ambiguity between the illusion of perspective in painting and the physical space of sculpture, creating characteristic canvases that play with the perception of volume, color, and light.  The borders of the paper, Hinman believes, do not have to dictate the borders of the art.  Hinman originated the three-dimensional shaped canvas.

Hinman was at the center of New York’s art scene, sharing an abandoned loft with James Rosenquist and spending time with his friends—all neighbors—Robert Indiana, Ellsworth Kelly, Jack Youngerman, and Agnes Martin.  But the Hinman cluster of artists lived far from the Abstract Expressionists, quite deliberately as they worked to differentiate themselves.

In his canvases as well as in his works on paper, his main focus is on the illusion of space.  His work is among our favorite works because of its consistent elegance:  Simple in appearance but deep in meaning and very carefully prepared.

Hinman’s work can be found in most major museums, including the Art Institute of Chicago. 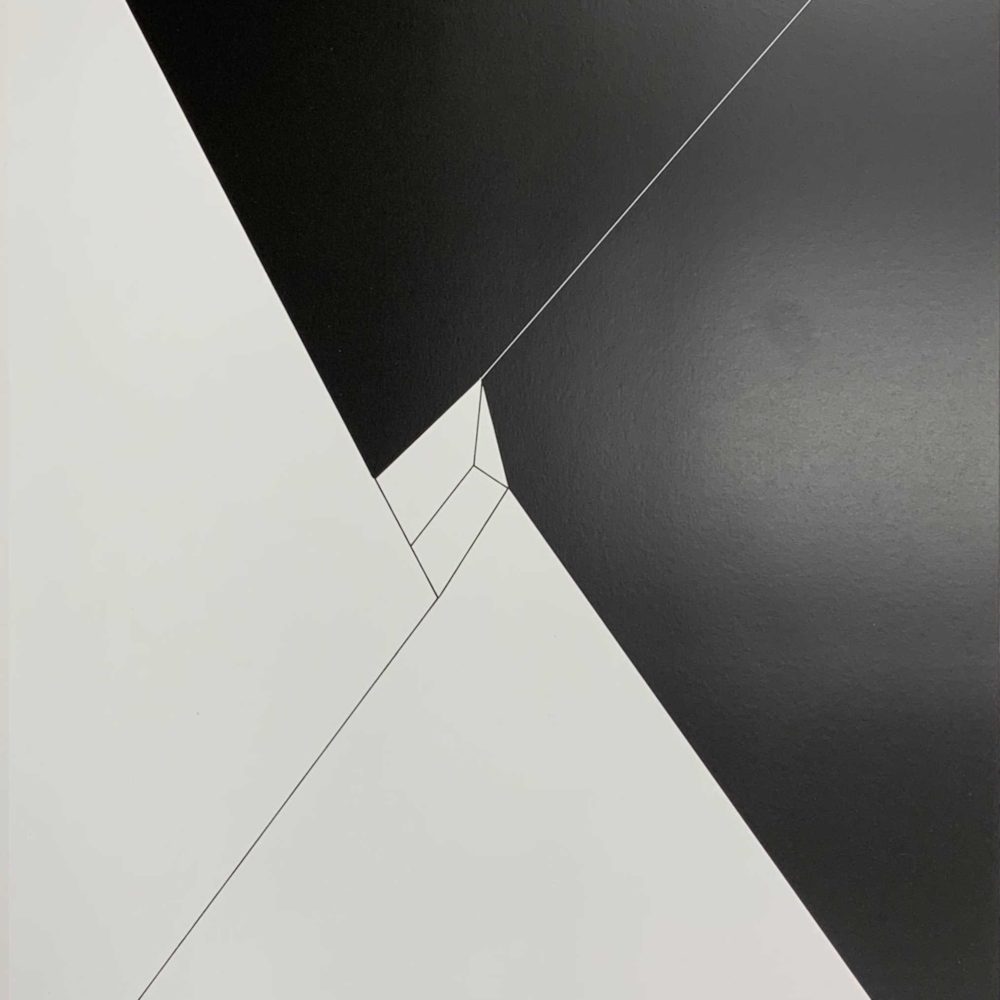 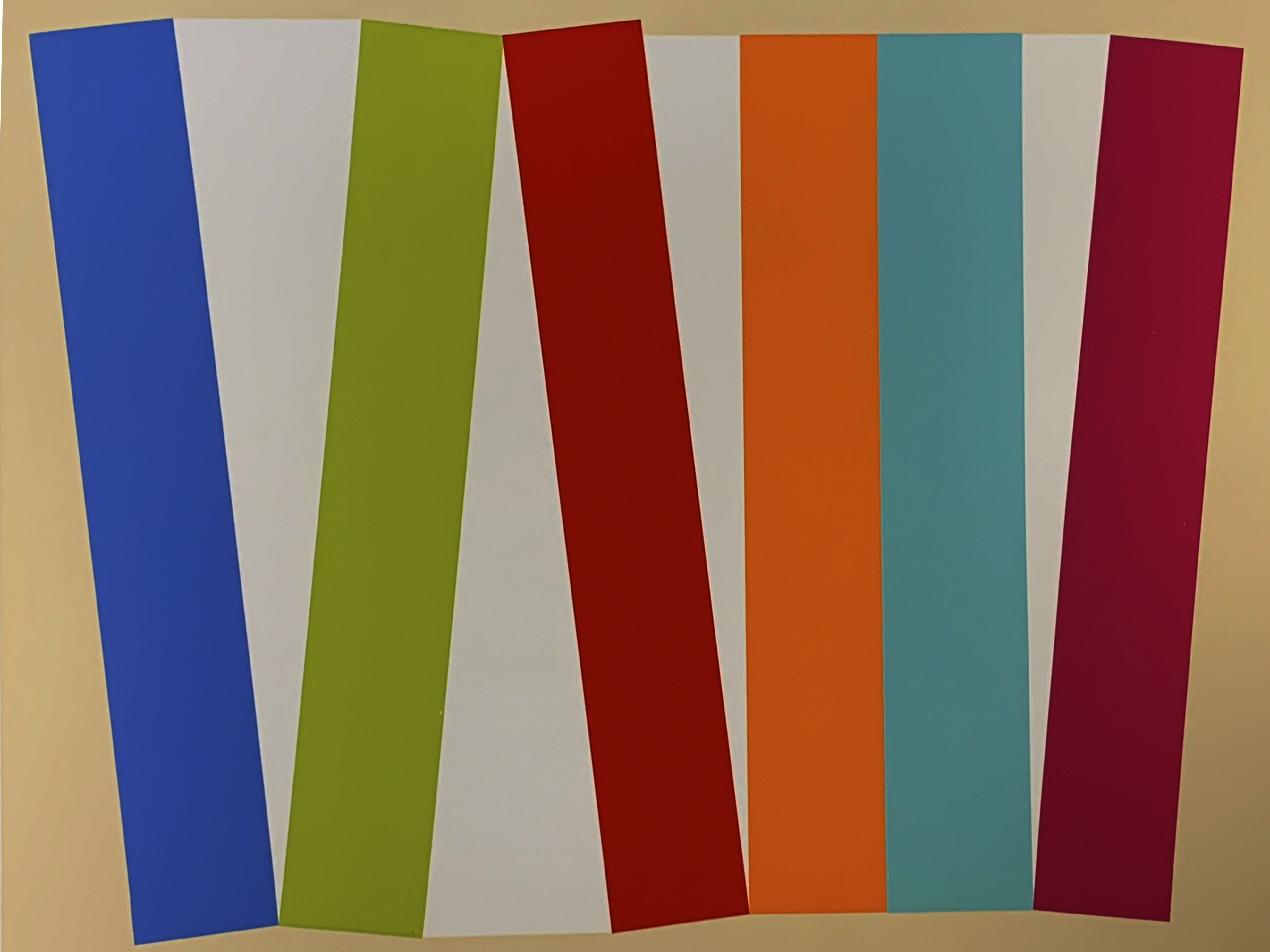 Dance, from the Licht Calendar portfolio 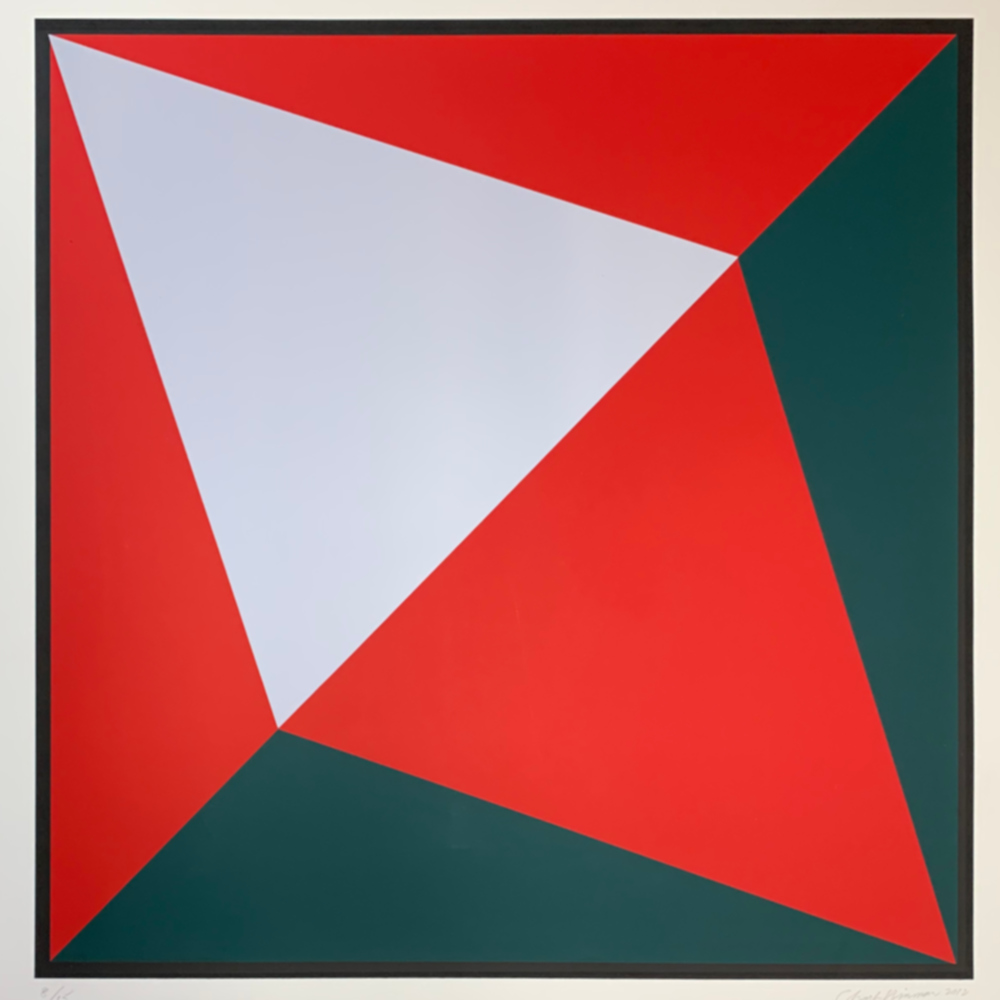 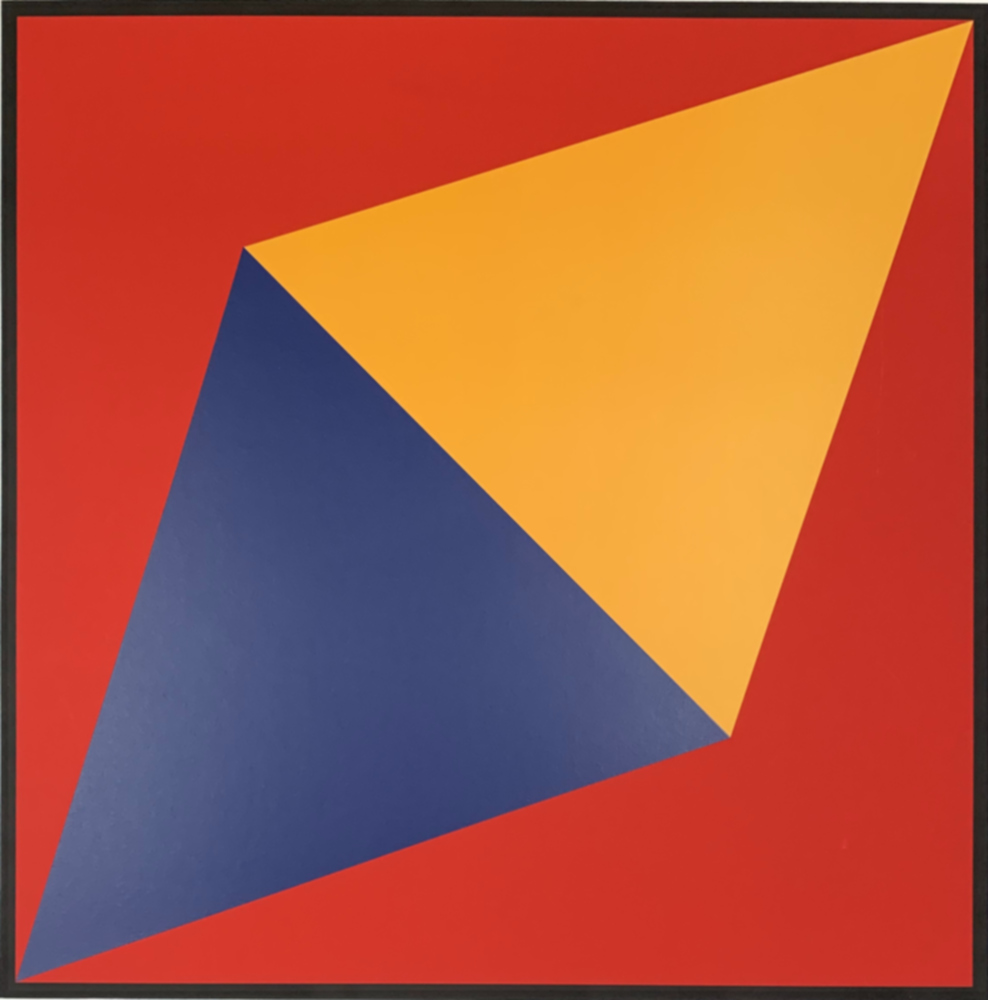