James Hansen came to Provincetown in the early 1980s and spent several summers working in a studio at the Fine Arts Work Center there.  He was deeply valued and a highly-respected artist in the vibrant Provincetown arts scene—the oldest continuously-active art community in America, dating back to the founding of the Cape Cod School of Painting in 1899.  Several years after his death, Studio #5 at the Provincetown Fine Arts Work Center was named for Hansen.

Hansen’s work was rooted in primitive and religious cultures of the past, reflecting a lifelong fascination with the art of ancient civilizations and a confidence in the honesty of children’s drawings.

His repertory of imagery—musicians, dancing figures, double-headed men and assorted religious icons—suggests playful bacchanalian rituals. The exotic and mysterious take root as totems in Hansen’s work. The cross appears in different forms in both his paintings and sculpture, as the pagans used it centuries before Christ. Wooden screens are transformed into objects of devotion covered with images of spotted cats, fishermen, flying fish, sun goddesses and sinuous mermaids.  By drawing upon religious and artistic sources rooted in both primitive and contemporary culture, James Hansen invests his art with complex, many-layered meanings. He depicts the struggle between faith and fear, love and hate, good and evil.

Like many great artists, Hansen was a teacher, instructing art students at Yale and Brandeis.

Despite his short working life, Hansen’s work remains very highly regarded by critics.  His work is included in the permanent collections of the Boston Public Library, the Museum of Fine Arts in Boston, the Rose Art Museum at Brandeis University, Microsoft Corporation, the Cantor Art Gallery in Boston, Portland State University, Bank of Boston, the Provincetown Art Association and Museum, and numerous others.

Hansen is the recipient of a National Endowment for the Arts grant and a fellowship from the Massachusetts Council on the Arts and Humanities. 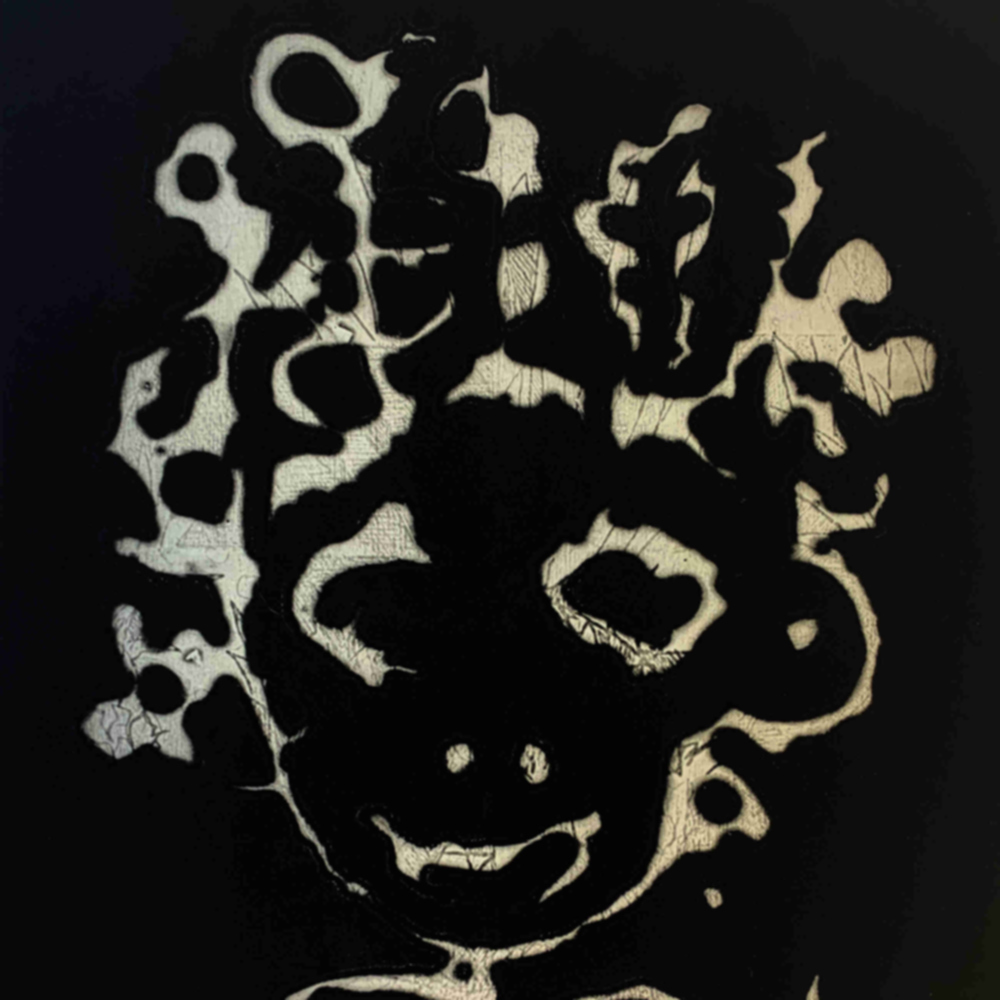 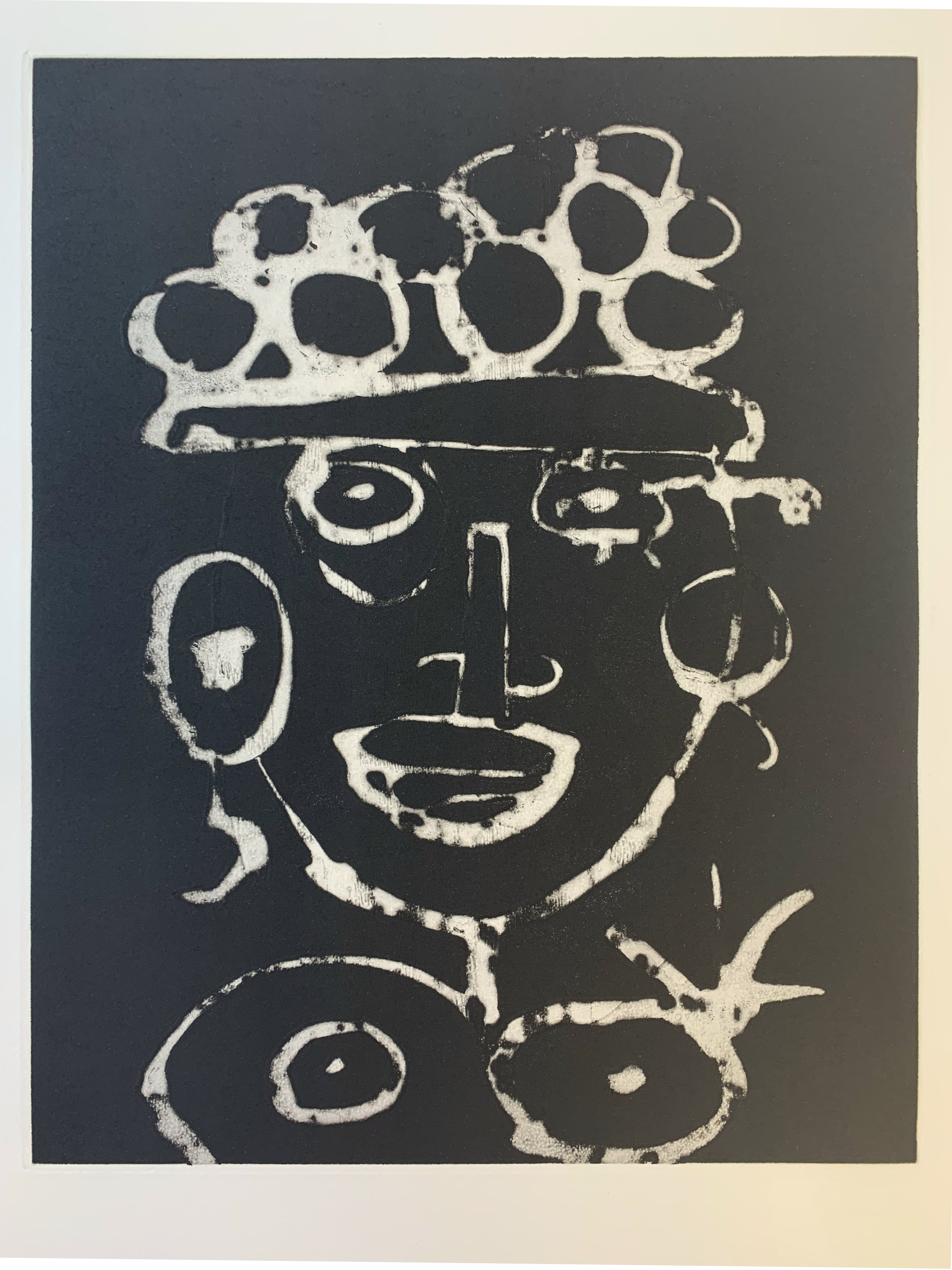 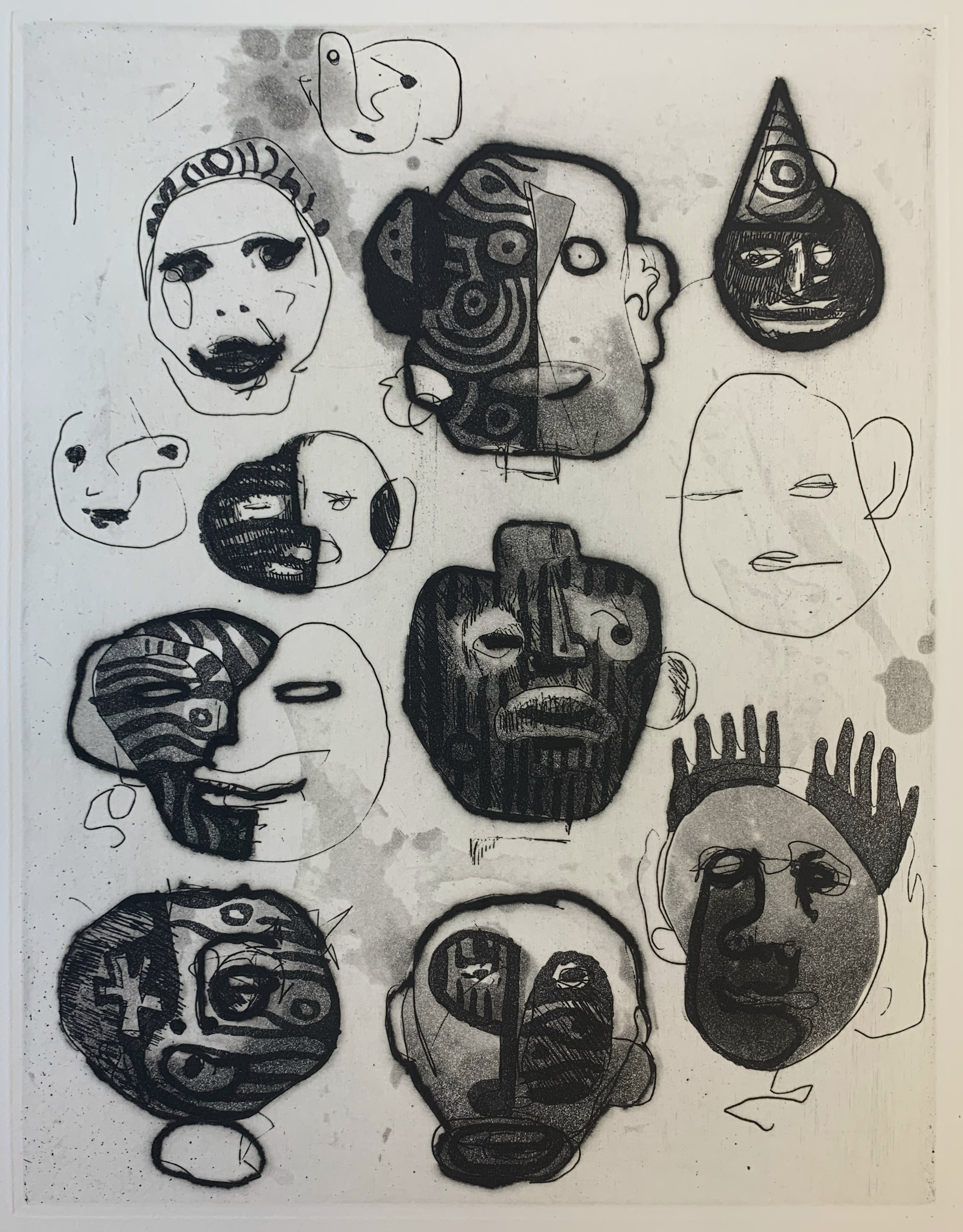 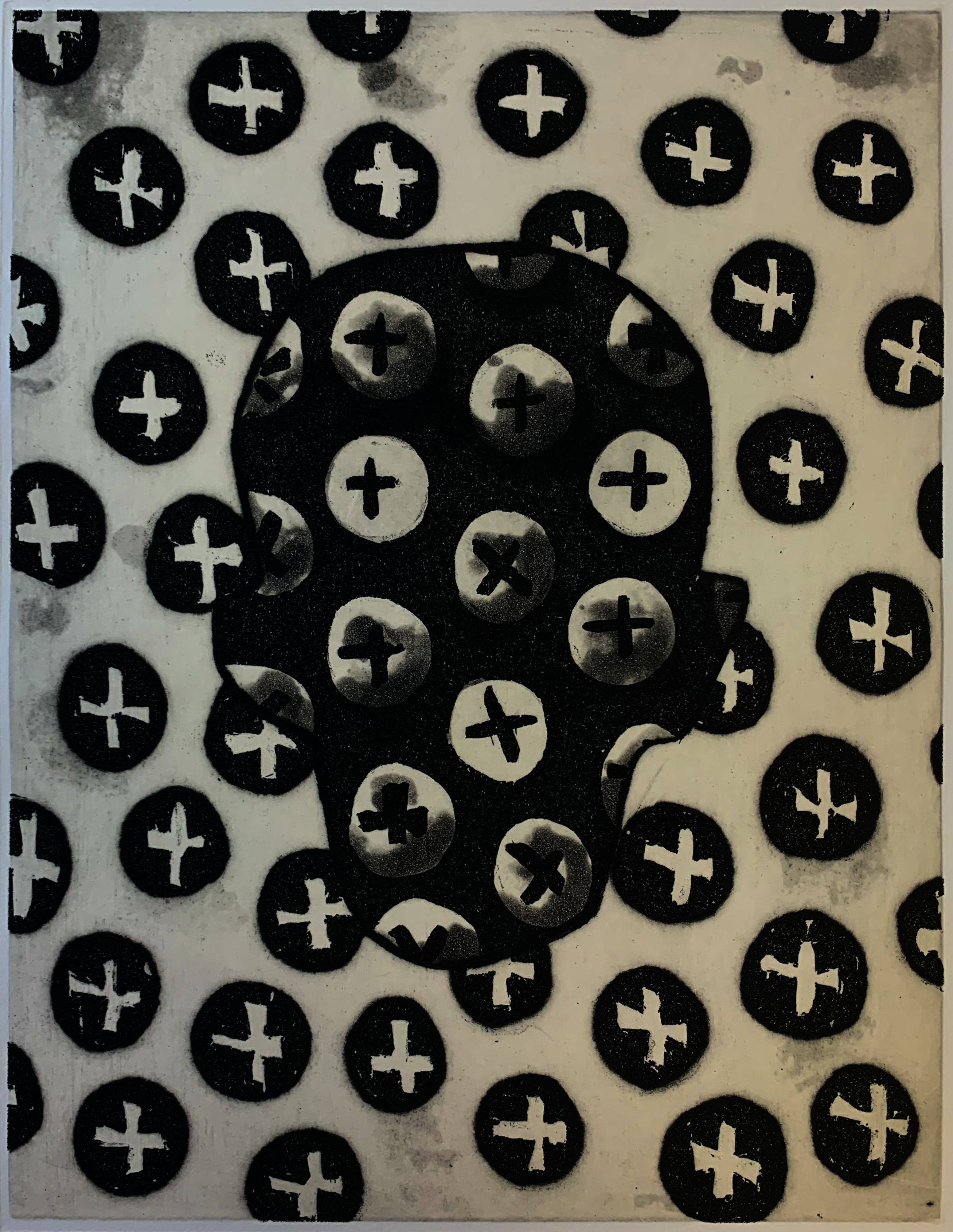 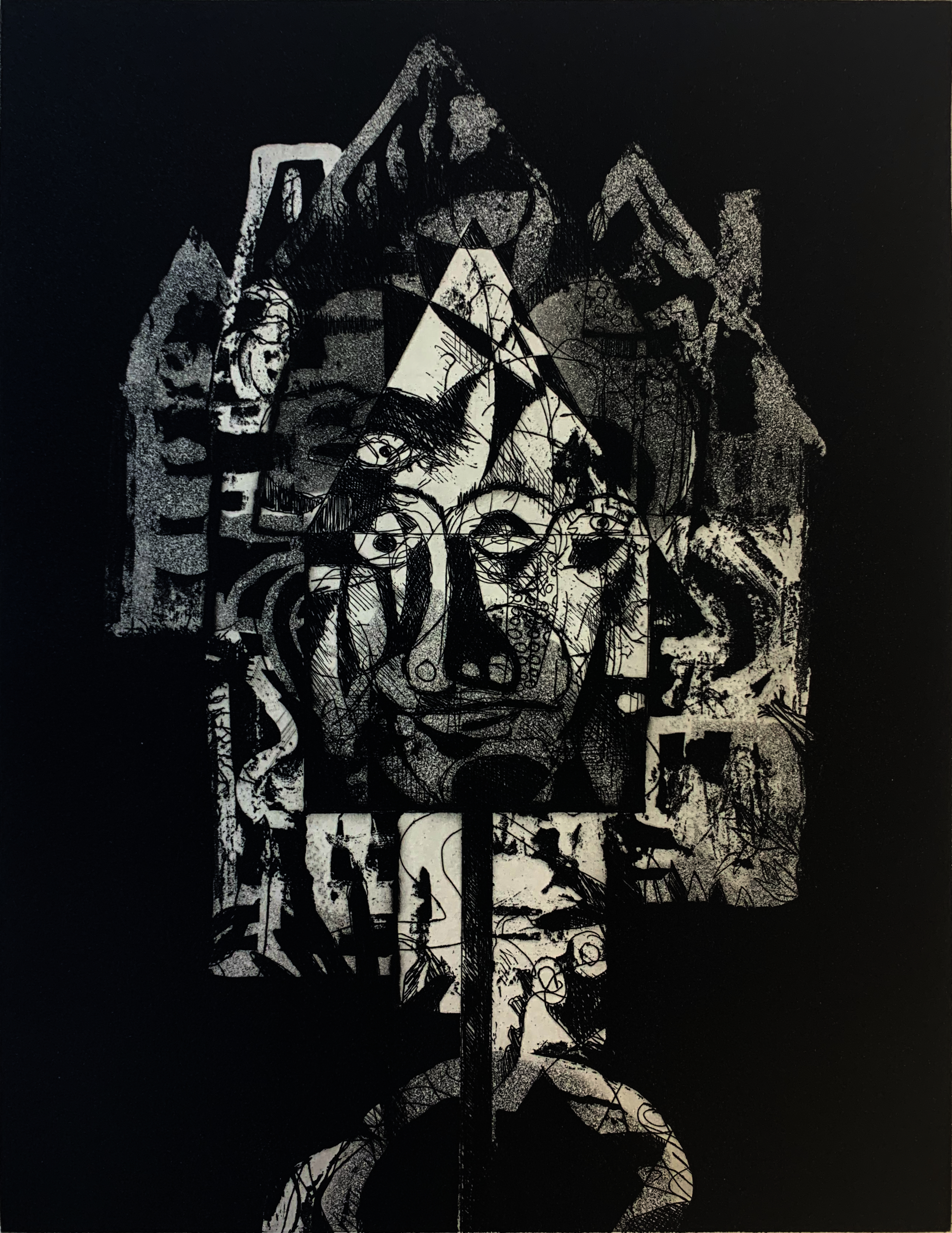 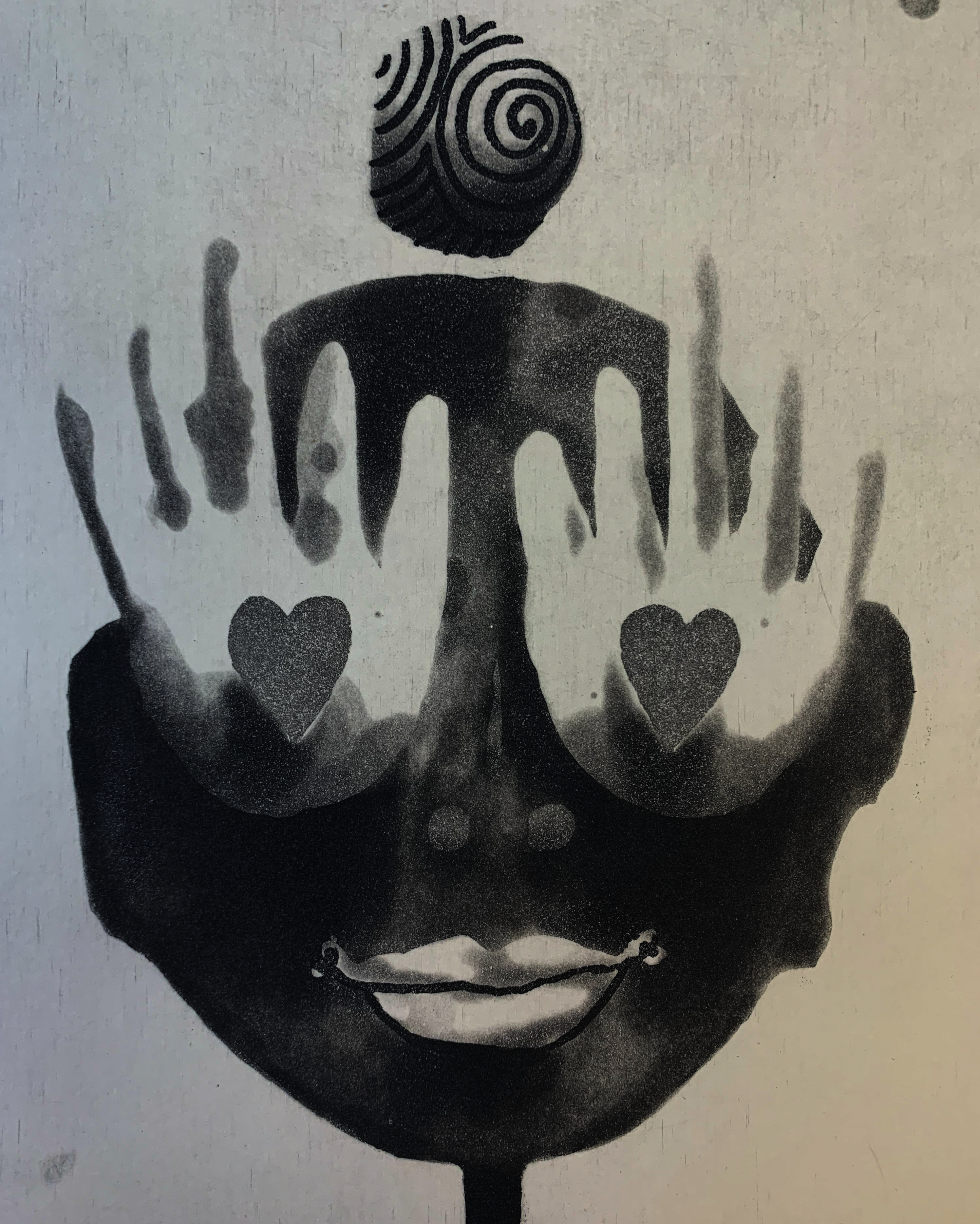 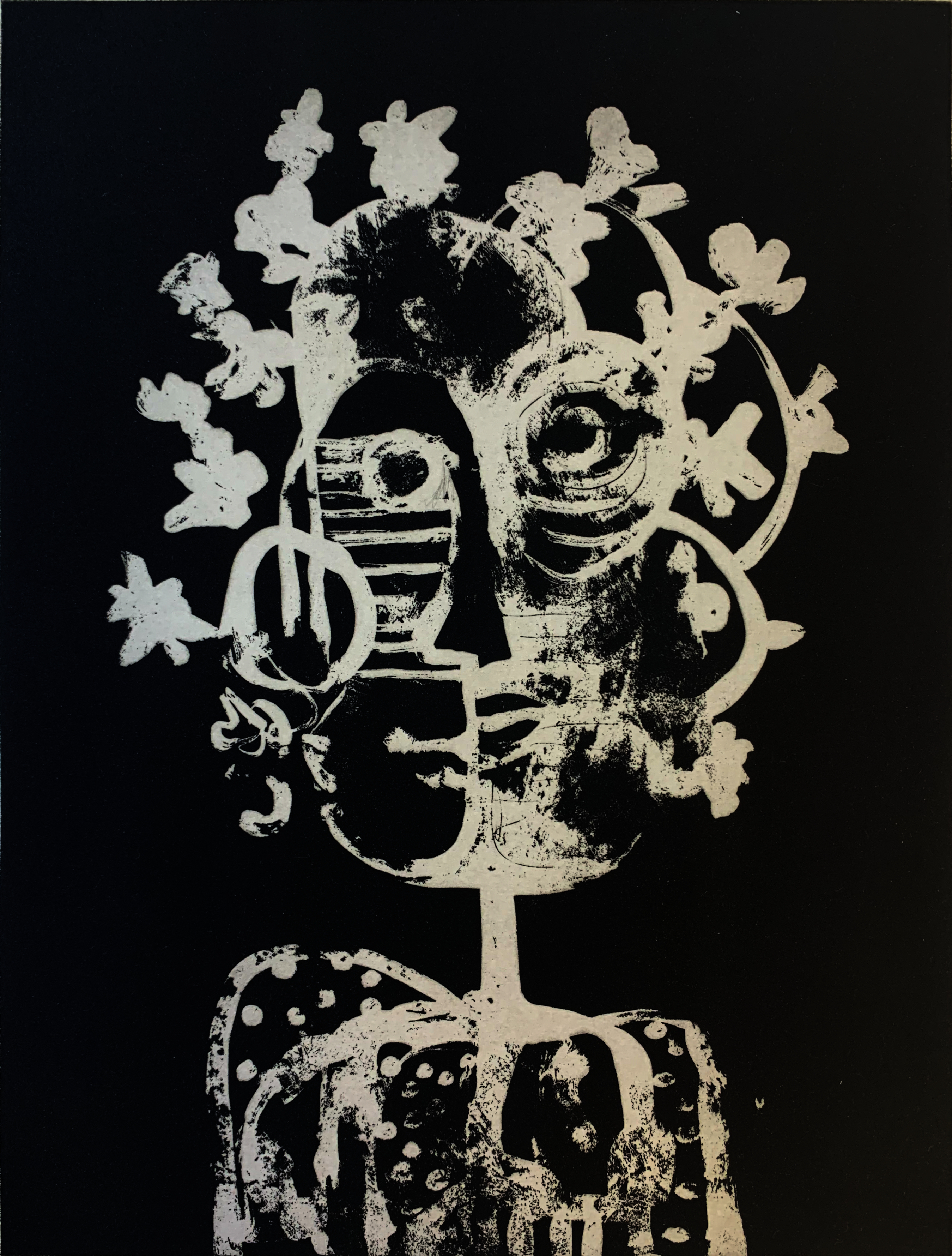 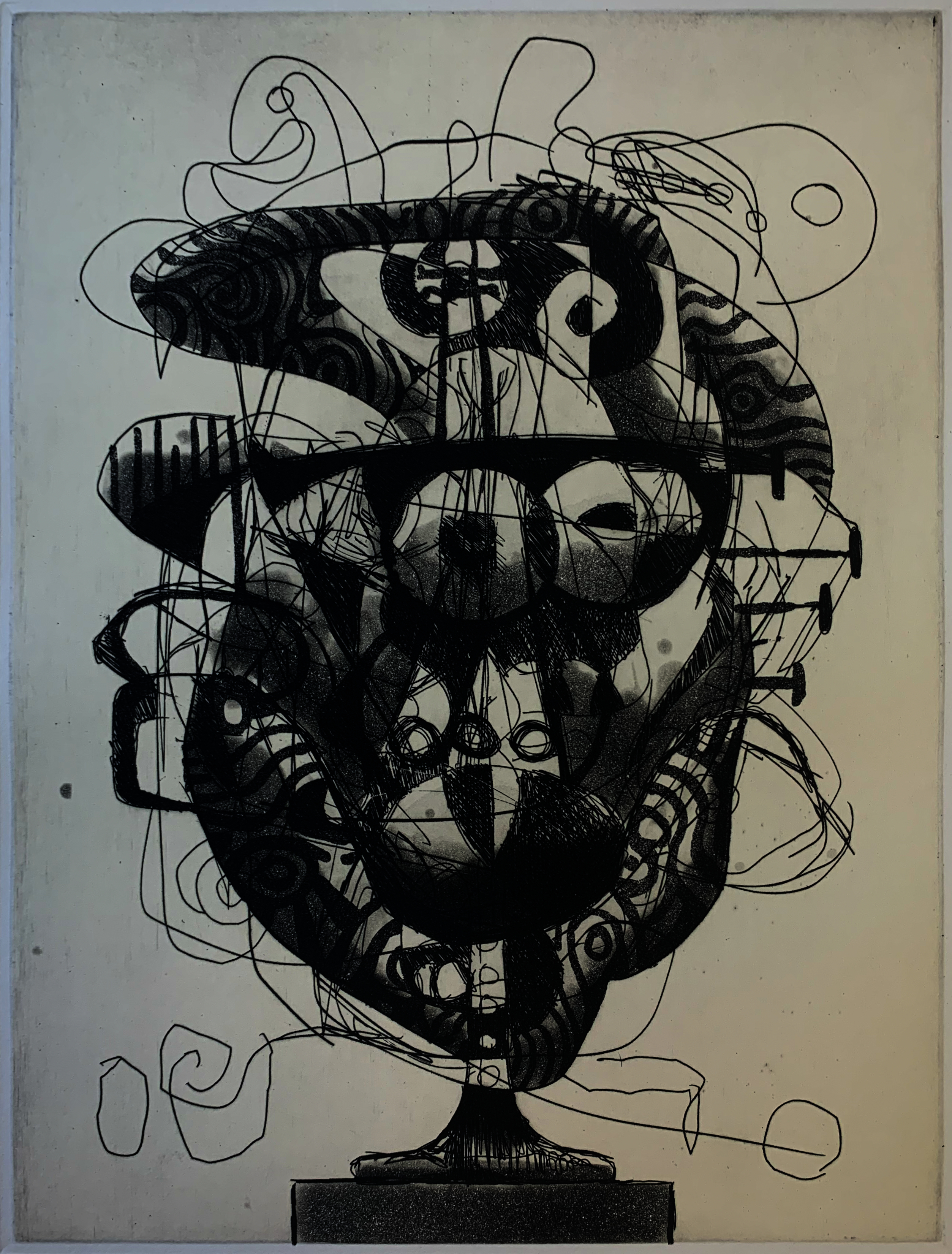 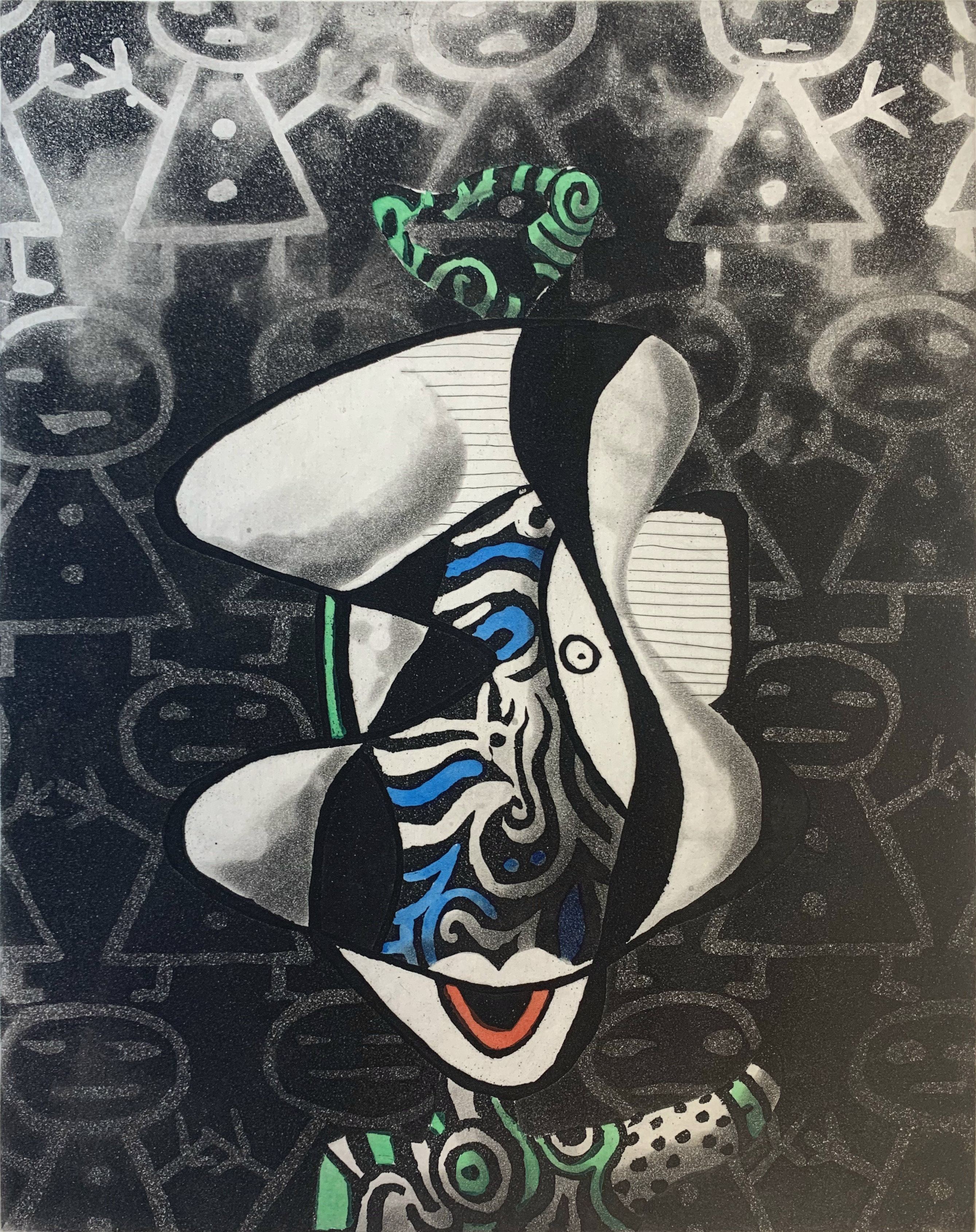 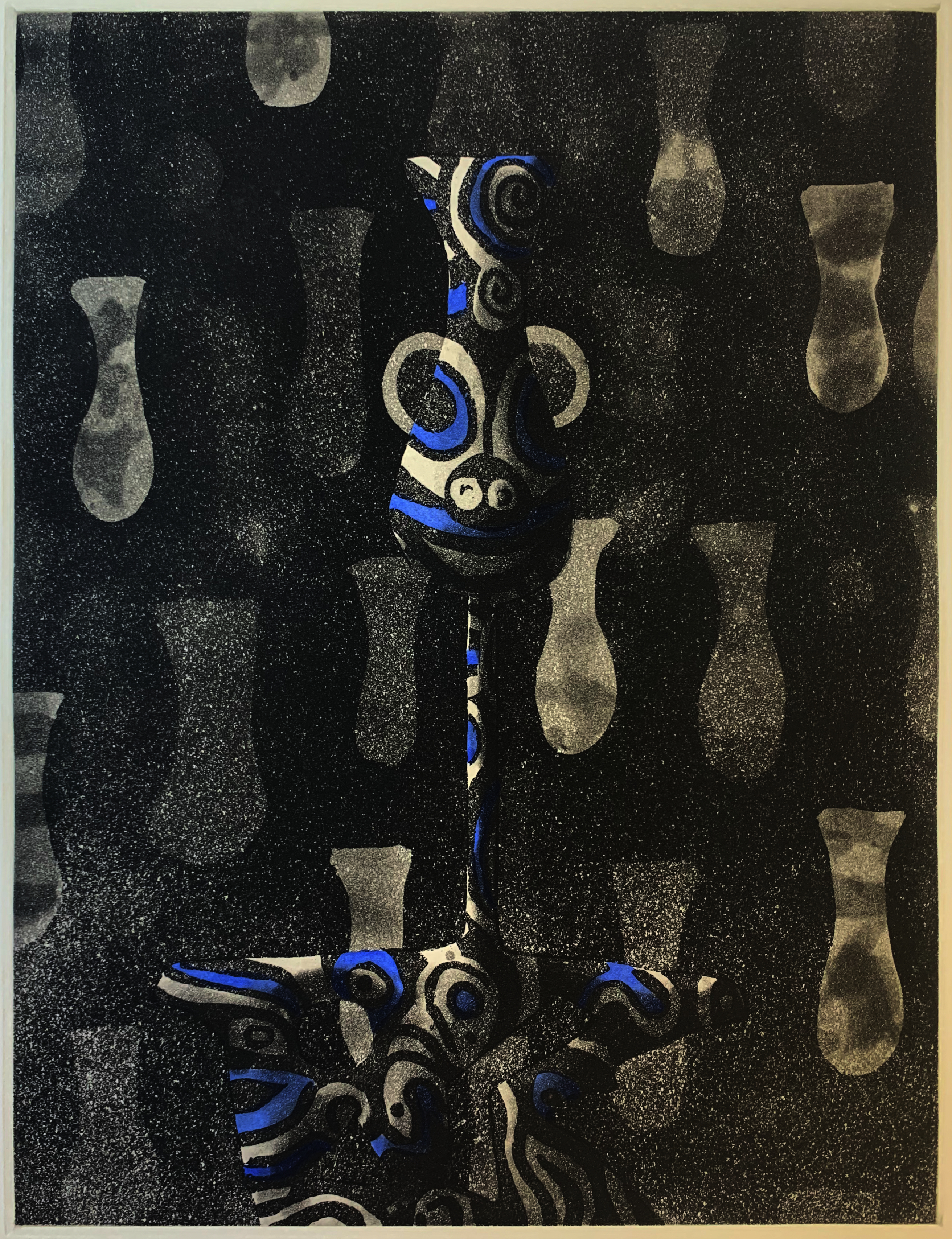 Face with a Narrow Mind 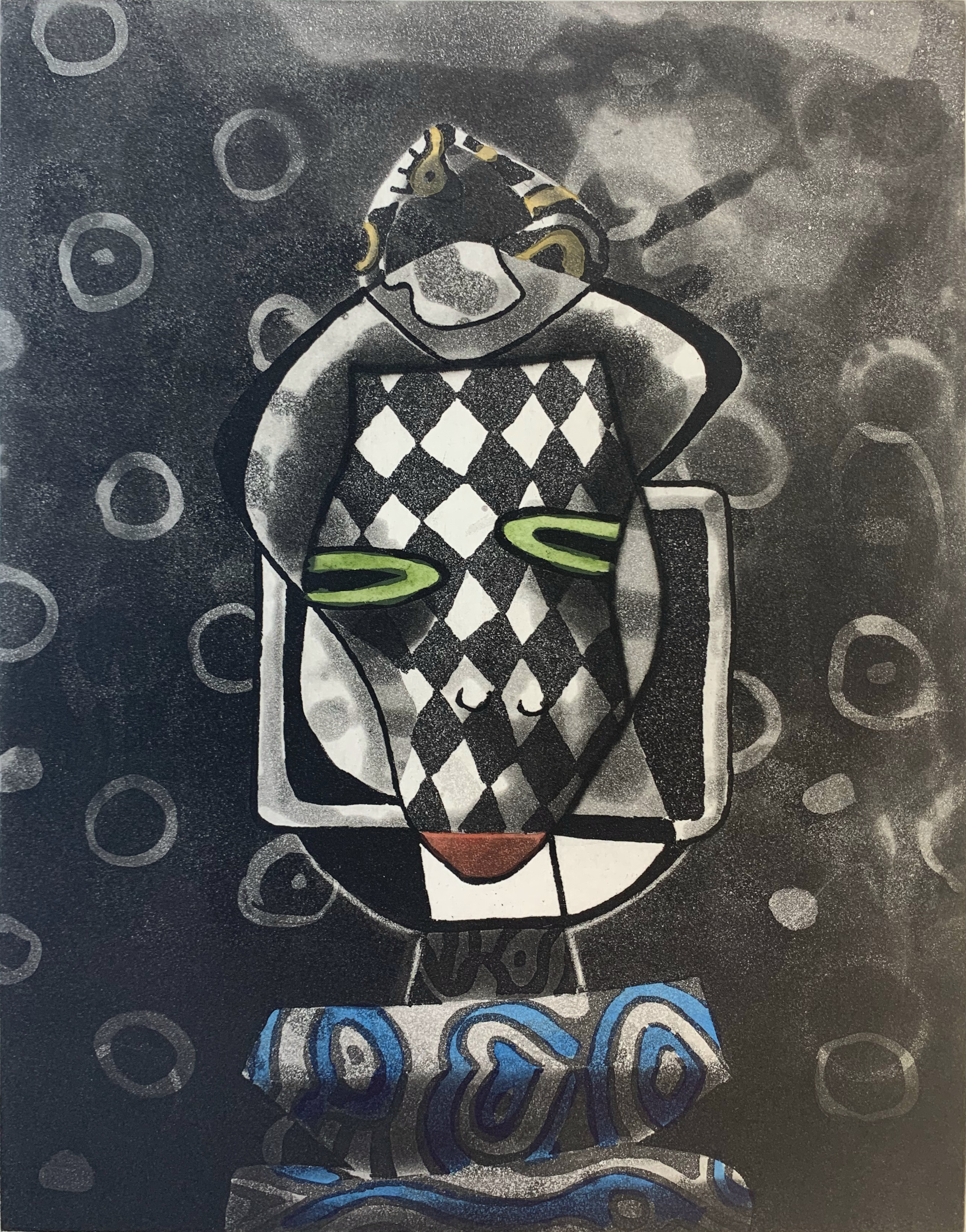 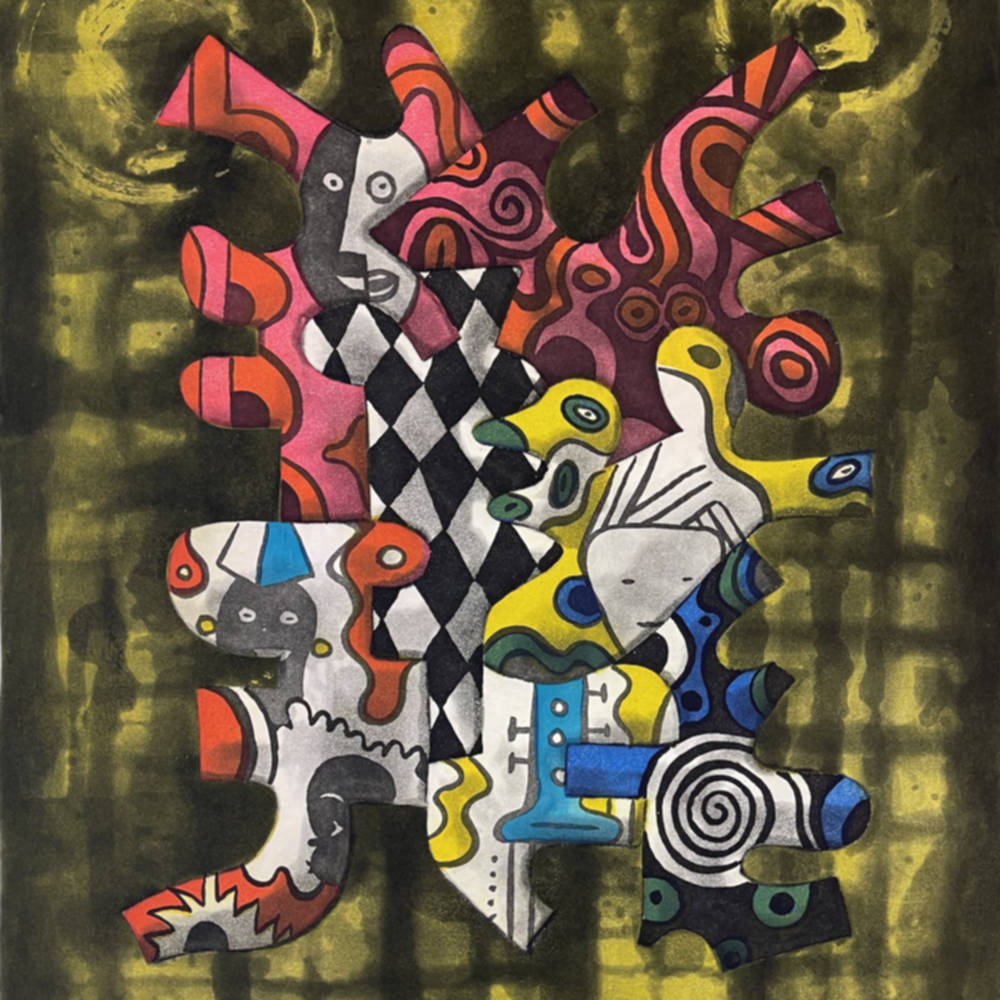 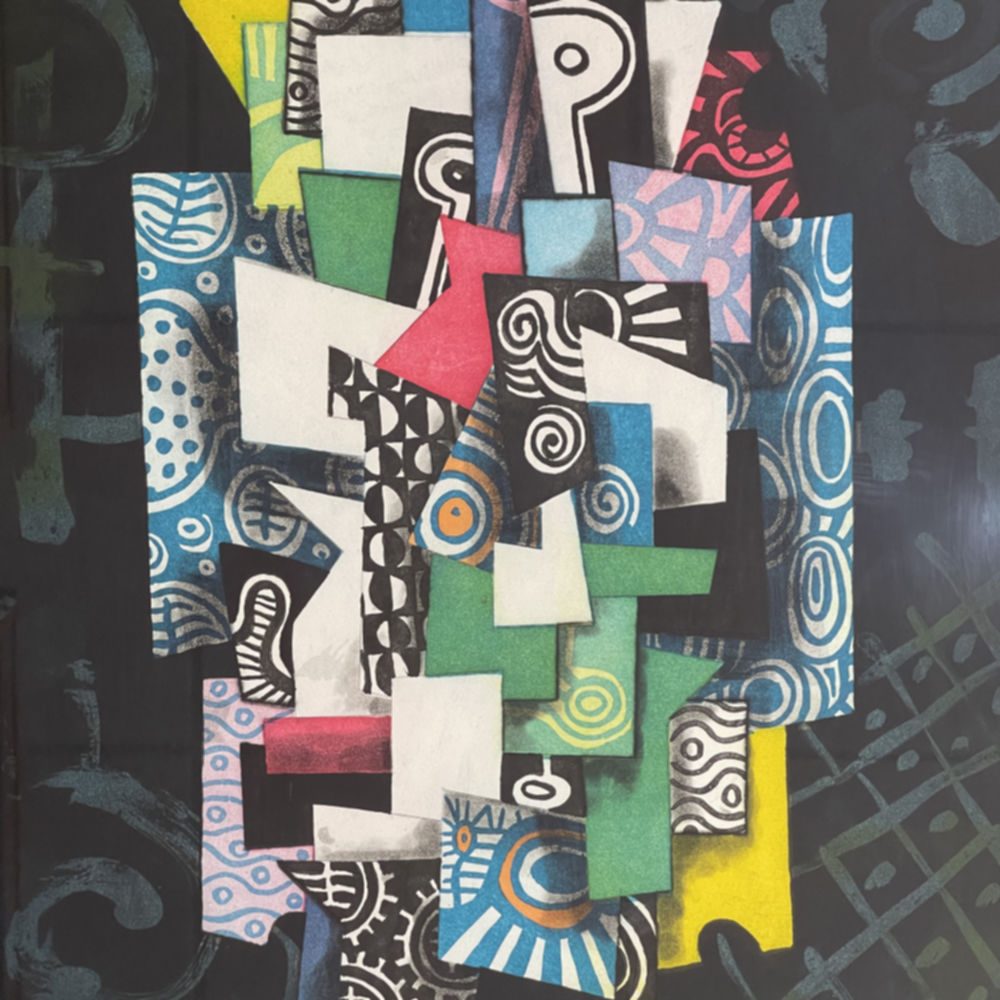 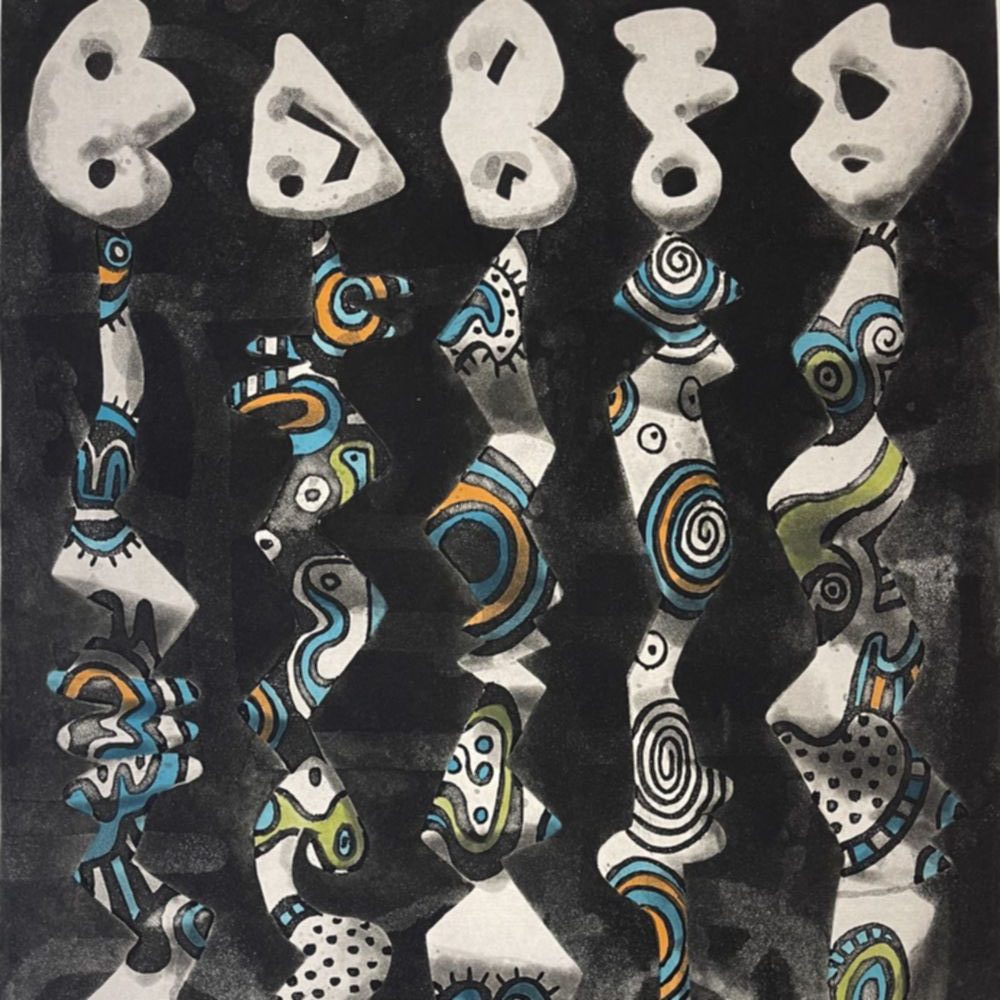 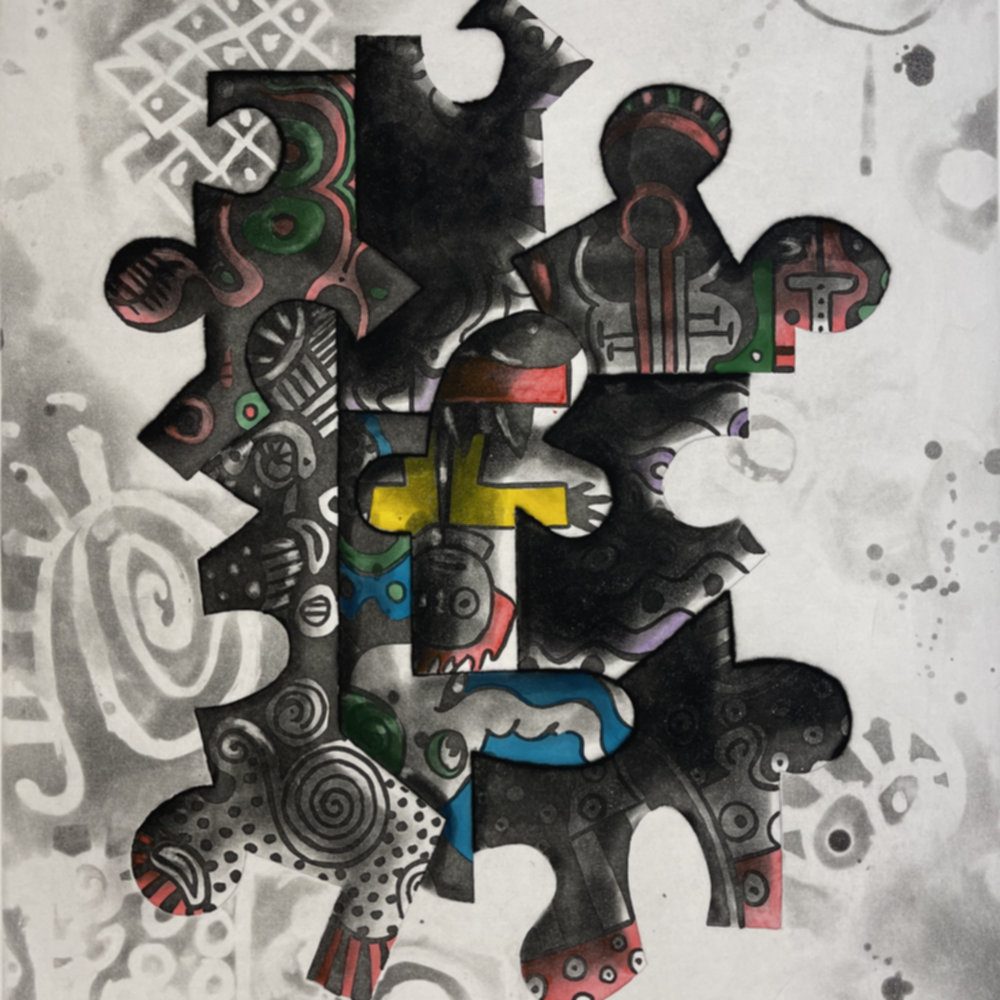