Antonio Guansé was ten years old when the Spanish Civil War broke out.  It was an extraordinary battle between a broad range of leftist interests and a broad range of conservative interests (led, of course, by a military group which General Francisco Franco came to dominate), and was motivated simultaneously by class struggle, religious struggle, democratic struggle, and more.  Barcelona, where Guansé and his family lived, remained under governmental control until January 1939, when the city fell as the Nationalists surged to win the war.  Thus, the war was probably a distant but ever-present worry for Guansé while he was growing up.

During the civil war, Spanish artists were largely focused on supporting the Republican factions.  When those factions lost the war, the avant garde in the arts and cultural community were quiet for some years, but—as creativity will inevitably do—reemerged in the late 1940s.  Meanwhile, shortly after completing his secondary education in about 1945, Guansé began making art.  He began to attend the French Institute of Barcelona, where he was quickly enfolded within the community of young artists who—like their counterparts elsewhere in the Western world—were eager to reshape art.

In 1953, Guansé received a grant from the French government which allowed him to move to Paris.  He began to show his work almost immediately and often.  His first years in Paris were centered around exploration of color and shape.  By the mid-1960s, his work was far more figural, but he focused on color and shape throughout his career. 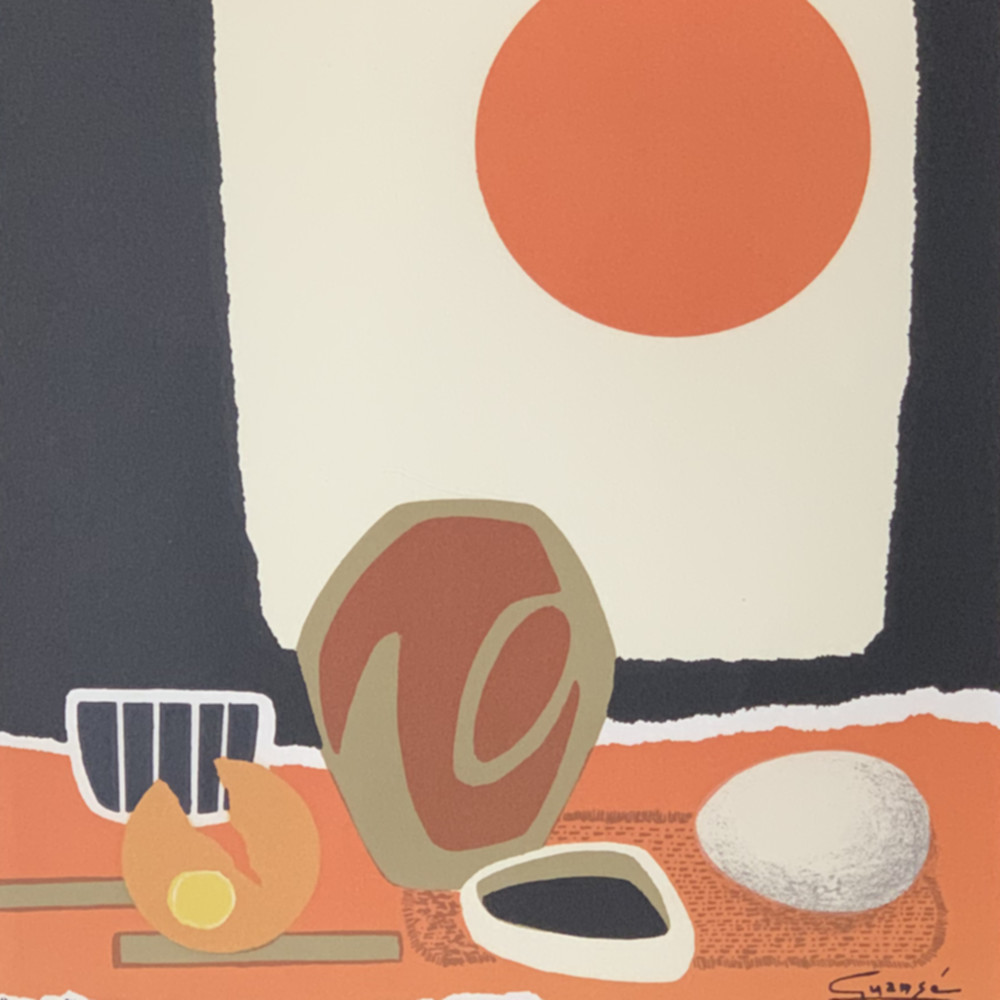