Chaim Gross was an American sculptor and educator.  He is widely considered to be among the greatest of Twentieth Century figurative sculptors and his graphic work is highly celebrated.

Gross was born in Austrian Galicia (now Ukraine) in the Carpathian Mountains.  As a ten-year-old, he suffered displacement when Russian forces invaded Austria-Hungary during World War I.  After the war ended, Gross and his siblings relocated to Budapest, where Gross applied to and was accepted by the Art Academy.  But within a year, a new displacement:  Gross was deported from Hungary when a new regime took over and attempted to expel all Jews and foreigners from the country.  He studied art briefly at the Kunstgewerbeschule in Vienna before immigrating to the United States in 1921.

Gross had more stability upon immigrating to the United States.  He continued his studies at the Beaux-Arts Institute of Design and at the Art Students League of New York, studying with Robert Laurent.  He also attended the Educational Alliance Art School.

Gross first began exhibiting sculptures; in the late 1920s he began to experiment with printmaking.  (He created an important group of 15 linocuts and lithographs of landscapes, New York City streets and parks, women in interiors, the circus, and vaudeville which is now held by the Philadelphia Museum of Art.)  Gross produced more than 200 printed works over his career.

Gross began to focus heavily on his heritage and Judaic themes after the terrible events of World War II.

Like so many great artists, Gross devoted extraordinary time and energy to teaching.  He began teaching at the Educational Alliance in 1926 and continued to teach printmaking and sculpture there for the next 50 years.  Among his many students who gained prominence was Louise Nevelson.  He was also a professor of printmaking and sculpture at the New School for Social Research and at the Brooklyn Museum Art School, the MoMA art school, the Art Student’s League, and the New Art School (which Gross ran briefly with Alexander Dobkin, Raphael Soyer and Moses Soyer).

In 1957, Gross published The Techniques of Wood Sculpture, an influential how-to book.

In 1963, Gross and his family moved from their longtime residence at 30 W. 105th Street to Greenwich Village, following the purchase of a four-story historic townhouse and studio at 526 LaGuardia Place. The townhouse is now home to the Renee and Chaim Gross Foundation.

Gross was highly decorated.  He was recognized with a silver medal at the Exposition Universelle de 1937 in Paris, and in 1942 with a purchase prize at the Metropolitan Museum of Art’s “Artists for Victory” exhibition for his wood sculpture of famed circus performer Lillian Leitzel.

In 1974, Gross’ work was the subject of a single-artist exhibition at the Smithsonian American Art Museum, Chaim Gross: Sculpture and Drawings.  There have been many retrospectives mounted of his work.  Gross received numerous honors throughout his life, including half a dozen honorary doctorates and election into the National Academy of Design (Associate member, 1979; full Academician, 1981).  In 1984, he was inducted into the American Academy of Arts and Letters, alongside Jacob Lawrence.

Works by Gross can be found in major museums and private collections throughout the United States, with substantial holdings (27 sculptures) at the Hirshhorn Museum and Sculpture Garden.  A key work from this era, now at the Smithsonian American Art Museum, is the 1932 birds-eye maple Acrobatic Performers, which is also only one and one quarter inch thick. 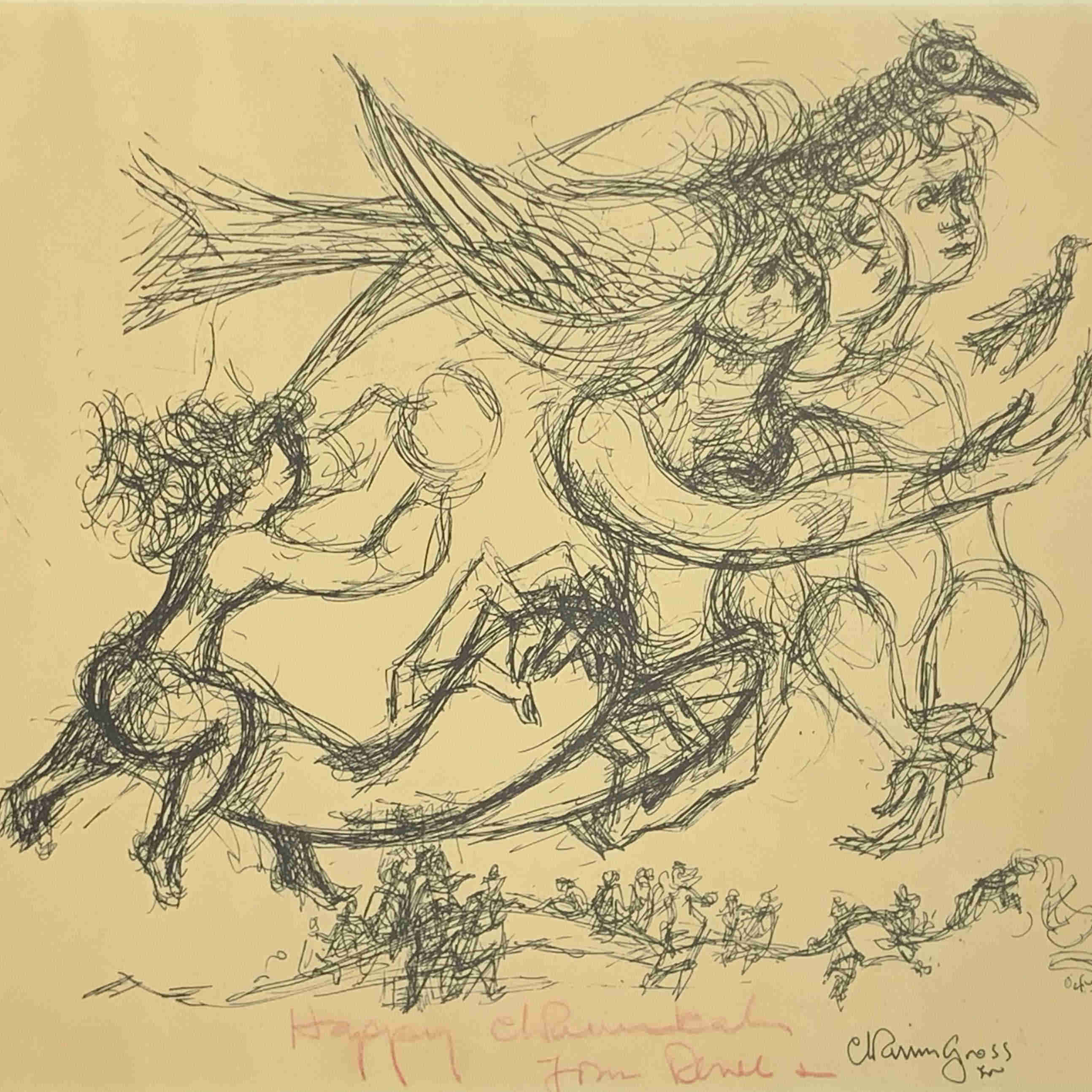 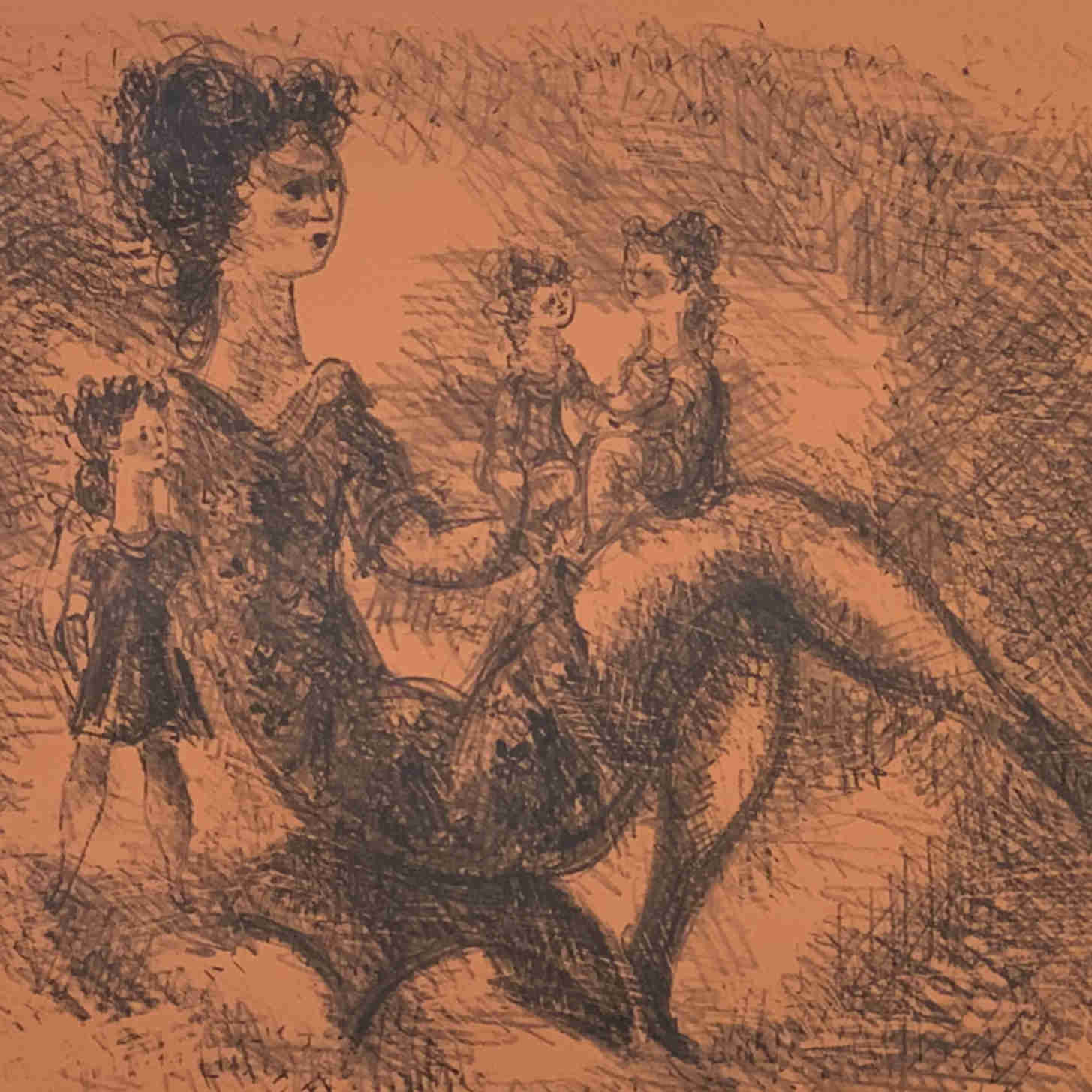