William Gropper was one of America’s great Social Realist artists.

Gropper was born to deeply impoverished Jewish immigrants from Romania and Ukraine. His father was highly-educated, fluent in eight languages, but unable to find work anywhere other than in a sweatshop. His mother was so occupied with providing for her family that Gropper said “the sweatshop kept us alive but robbed us of our mother.”  He assisted his mother by transporting bundles of cloth between the sweatshops and their tenement home.

Gropper’s young adulthood was dominated by the Great Depression, and the Great Depression dominated his world view. When he was an adolescent, a favorite aunt was killed in the Triangle Shirtwaist Factory fire, but he had been sensitized to the human tragedy wrought by economic and social injustice long before then.  Indeed, when he was 14 years old he left school to help support his family by working in a clothing store.  Fortuitously, a passer-by saw some of the drawings that he did while doing deliveries of bolts of cloth and invited Gropper to attend a class at the anarchist Ferrer School.  Gropper would spend three years studying art there.

After high school, Gropper won a scholarship to the National Academy of Design.  The rigid didactics of that school was a poor fit for Gropper; he was ultimately expelled for his refusal to conform. Again, from disaster came good fortune.  Not long after his expulsion Gropper had the opportunity to show his work to Frank Parsons (whose eponymous school was then known as the New York School of Fine and Applied Arts).  Parsons offered Gropper a scholarship.  Gropper was very successful at Parson’s school, winning several prizes, including one for his cartoons–which led to his hiring in 1917 to draw for the New York Tribune.  He ultimately came to draw for Vanity Fair, The New Yorker, and other newspapers and magazines.

The art of Goya and Daumier made an indelible impression on Gropper, who became convinced that art should be humanistic and honest. His bold cartoons of the 1920s appeared in publications like the New Masses and Rebel Worker.  His activities as a labor organizer and three visits to the Soviet Union further contributed to his growing reputation as a radical.

With time, recognition for Gropper’s art outgrew Gropper’s reputation as a cartoonist.  Gropper’s first exhibition of monotypes was held in 1921 at the Washington Square Book Shop in New York. He had his first solo show in 1936, after which the New Yorker magazine (for which he had once done drawings) described him as “one of the most accomplished, as well as one of the most significant artists of our generation.” In 1937, he was awarded a Guggenheim Fellowship, which he used to visit the Dust Bowl, the Hoover Dam, and the Grand Coulee Dam, sketching studies for major works he would later complete. That same year he had paintings purchased by both the Metropolitan Museum of Art and the Museum of Modern Art.

Gropper was deeply committed to progressive policies as a young man.  He was not yet 30 years old when he helped to found the leftist magazine New Masses.  He never lost that passion.  Twenty years later, Gropper helped to found Artists Equity Association.

Gropper suffered through blacklisting after he refused to testify before Senator Joseph McCarthy in the mid-1950s.  Soon thereafter, he completed his “Capriccios” series of lithographs, depicting Red Scare-era America. These works took a modern view of the themes of declining rationality in the face of superstition and injustice expressed in Goya’s “Los Caprichos” series. Gropper’s Capriccios work has been referred to as a tour de force and, coming shortly before the Red Scare burned itself out, had much to do with the resurrection of Gropper’s place as a prominent artist.

Gropper believed his art could inspire people to be more compassionate and to fight for change. He believed that art should be truthful to the human condition. Gropper produced socially significant art thoughout his life.

Gropper’s work speaks plainly of his views on poverty and the life of the poor and working class. In some ways, he demonstrates his views with coarse and unrefined lines, meant to echo the people he portrayed. But his work is far from cartoonish. The surfaces of his paintings, like the subjects he portrayed, are coarse and unrefined. Line is used to exaggerate gesture, and bold thick applications of color create striking spatial relationships. In almost all cases the full meaning of Gropper’s works is found only with time and contemplation.

Throughout his career, Gropper had exhibitions at prominent museums and galleries, like ACA Galleries in New York, Galerie Benezit in Paris, and Piccadilly Gallery in London. He exhibited at the 1939 New York World’s Fair, at the Whitney Museum of American Art (1924-55), Art Institute of Chicago (1935-49), Carnegie International (1937-50), Pennsylvania Academy of the Fine Arts (1939-48), and National Academy of Design (1945-48). Among many other honors, he was awarded the Los Angeles County Museum of Art Purchase Prize in 1939 and First Prize in lithography at the Metropolitan Museum’s Artists for Victory exhibition in 1944. In 1974, he was elected into the National Academy of Design as an Associate Academician.

Gropper’s work is held in important public spaces, private collections, and museums world-wide, including at the Metropolitan Museum of Art, MOMA, the National Gallery of Art, the Art Institute of Chicago, and some 30 of his works are held at the Smithsonian Institution. 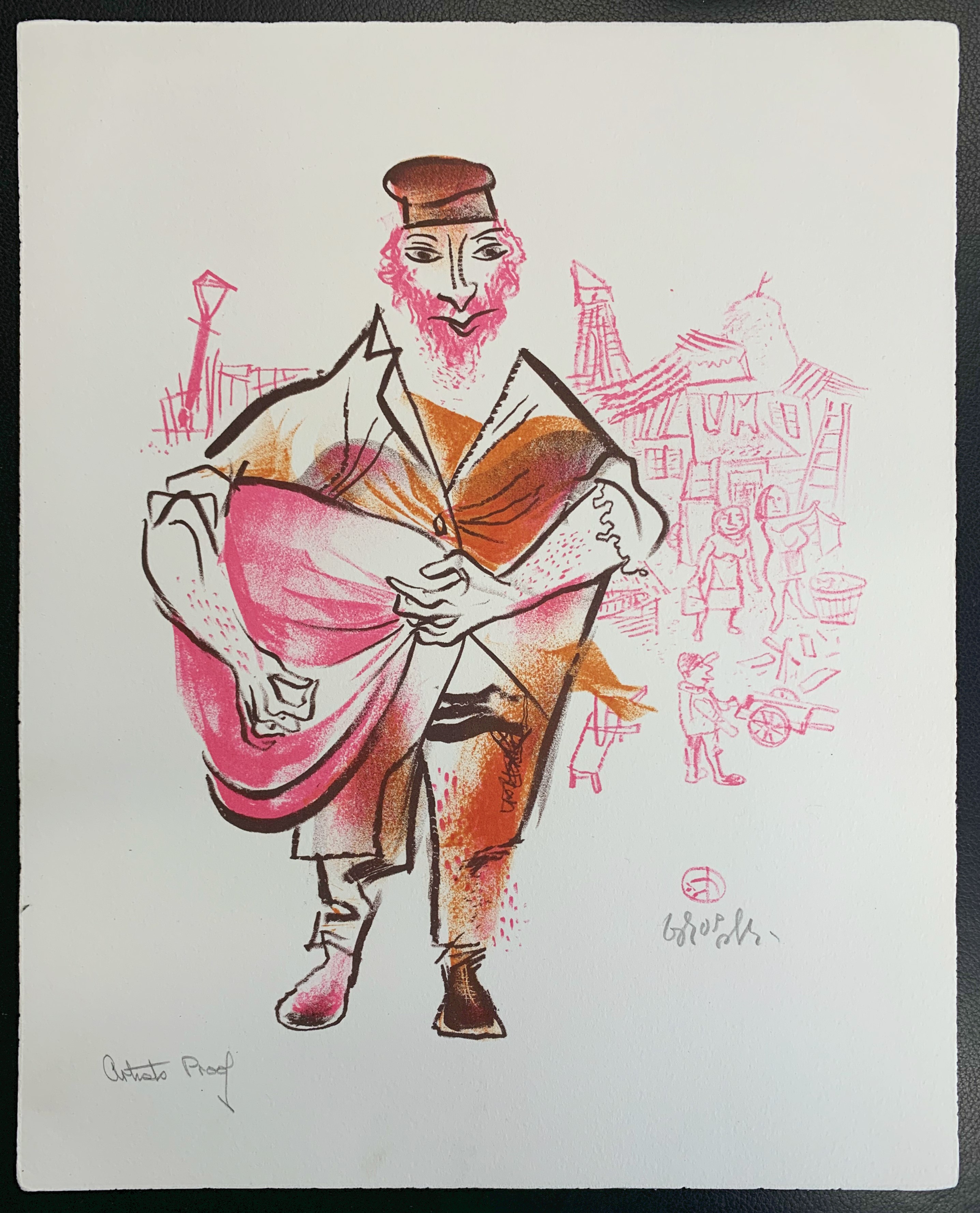 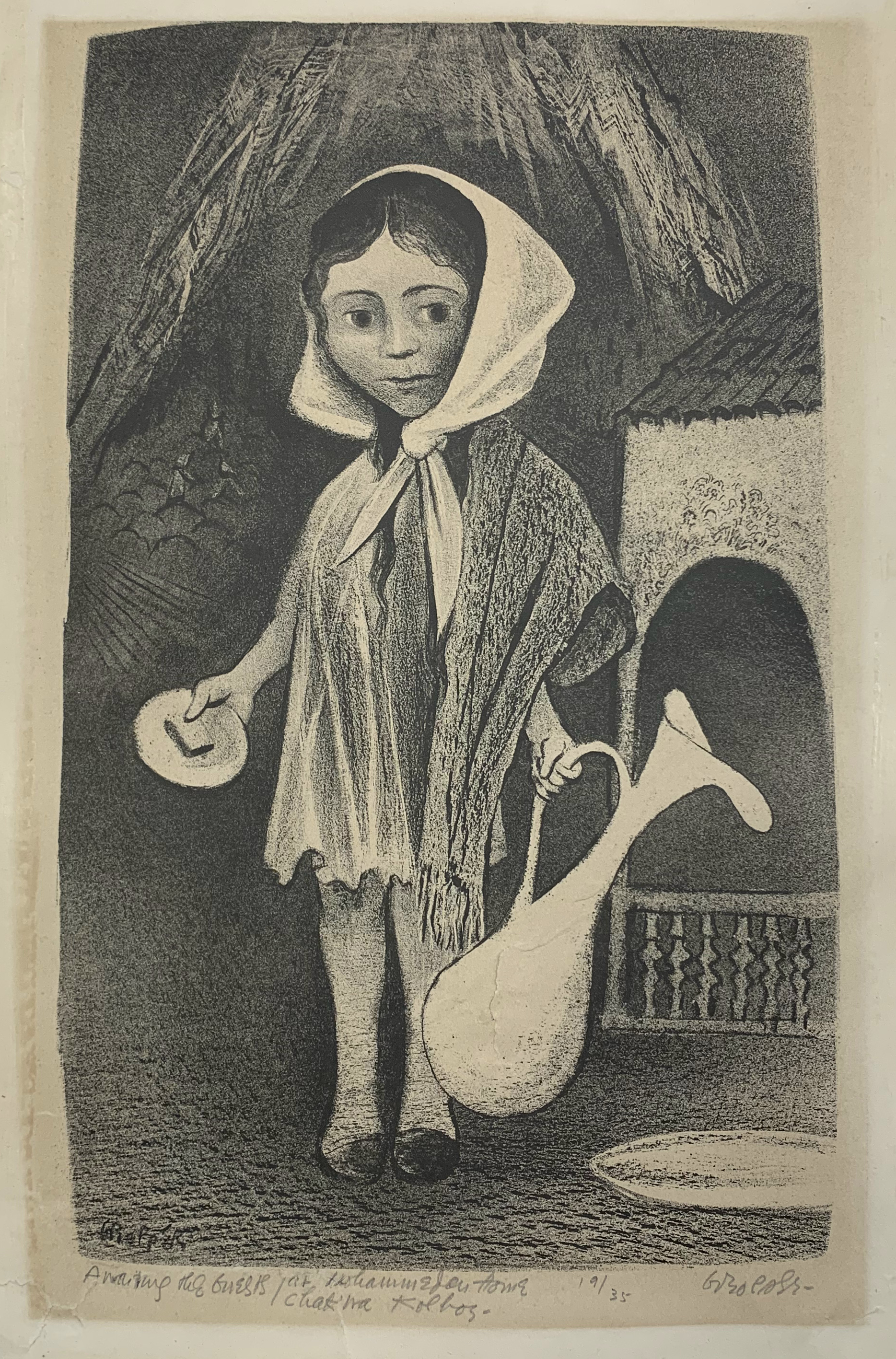 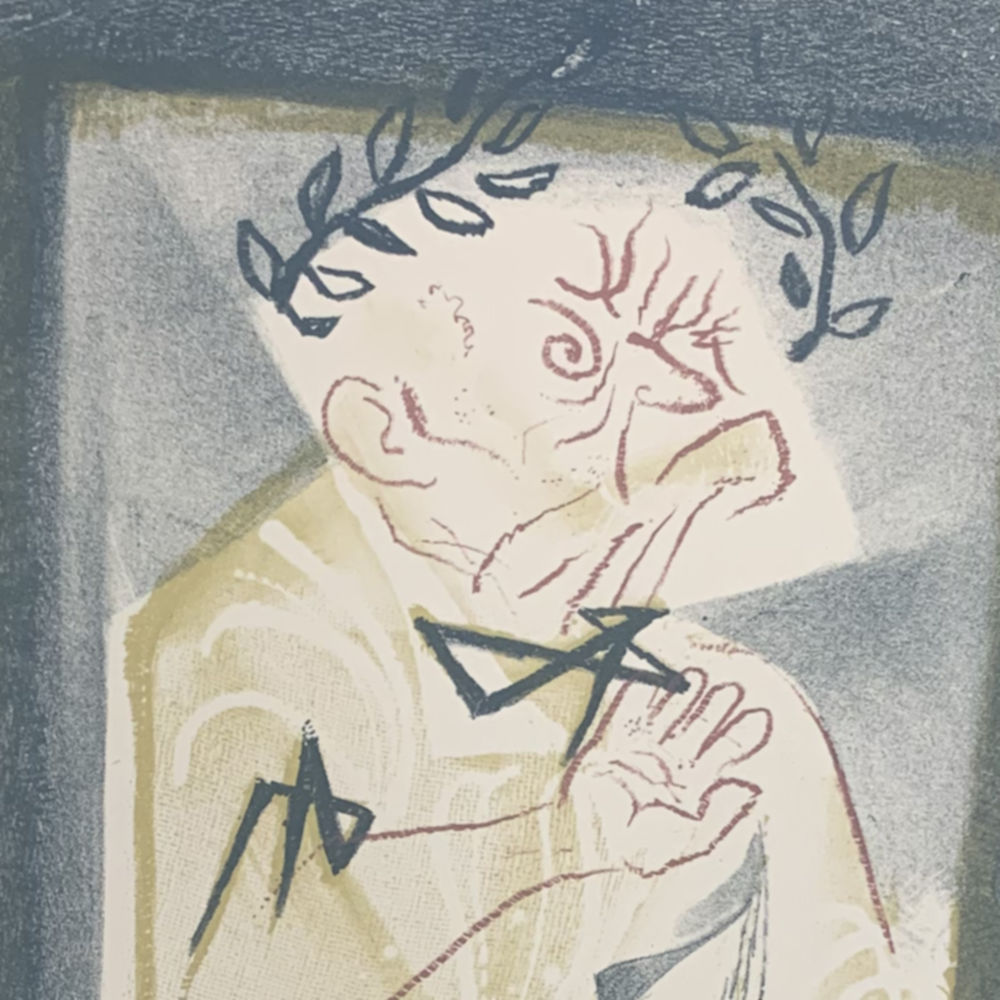 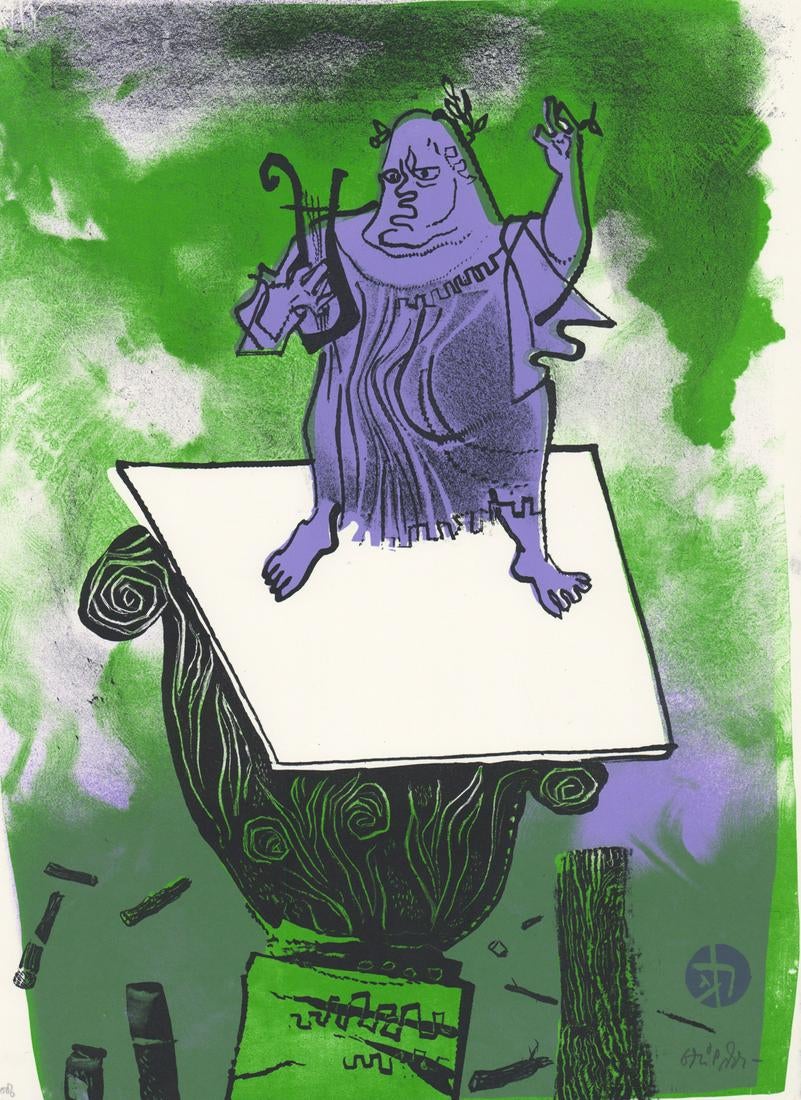 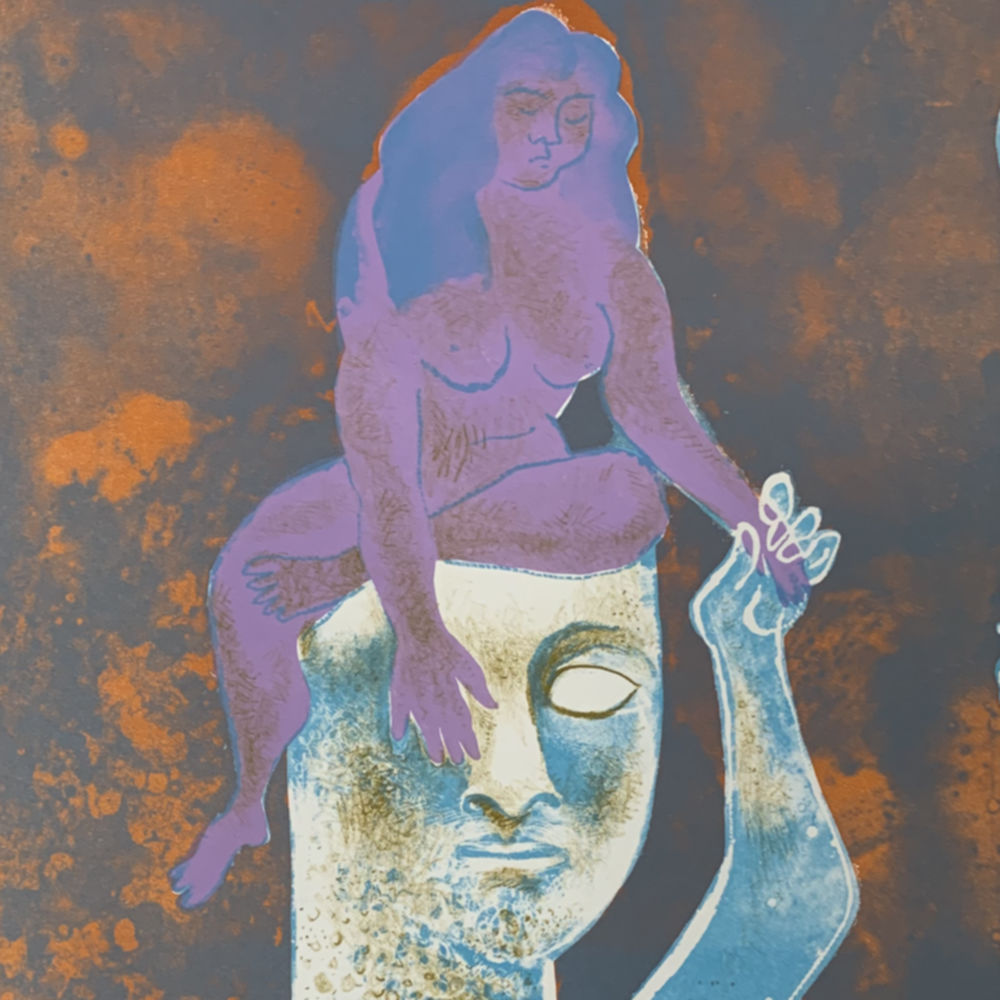 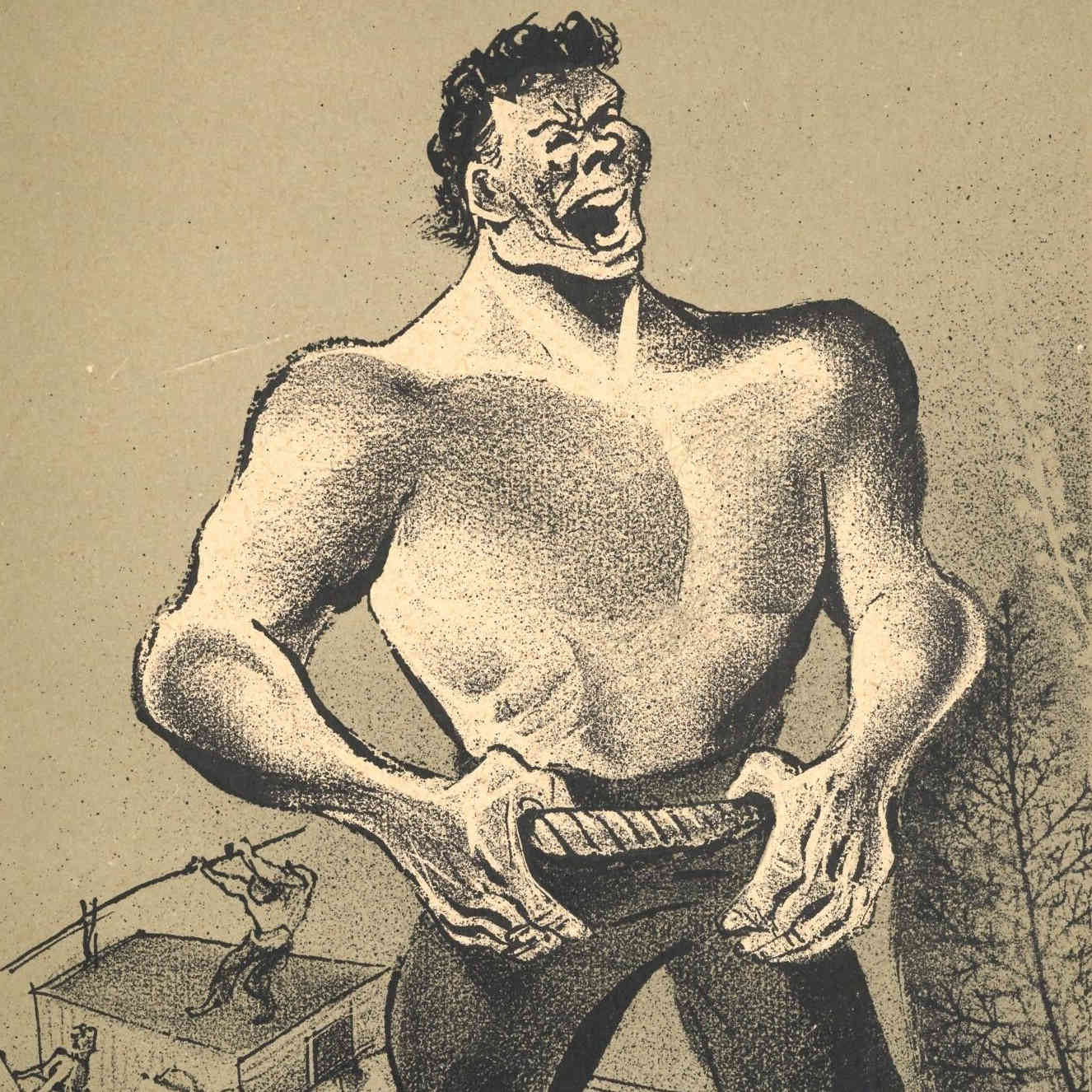