George Fort Gibbs was an important DC artist and author.

Gibbs’ Childhood and the Deaths of his Parents

Gibbs was born in New Orleans and lived there until his father, a naval surgeon, was promoted to Fleet Surgeon of the European Squadron in 1881, at which time the family moved to Geneva.  The following year, however, Gibbs’ father died, so the family returned to the US to settle in Washington, DC, where Gibbs’ maternal grandfather awaited them.  On the train ride from New York, though, Gibbs’ mother, distraught over her husband’s death, left her children to go to the restroom.  George and his sister went to look for her after she had been gone for a long time; they found the restroom empty and its window open.  They later learned that she had climbed out the window and fallen, landing on her head.  She died soon thereafter.  Gibbs and his sister grew up with their grandfather.

Following his father’s footsteps, Gibbs entered the U.S. Naval Academy.  But he resigned two years later, more interested in art than science, and returned to Washington, where he began taking night classes at the Corcoran School of Art and the Art Students’ League.  He worked during this time as a writer and as a designer and estimator for real estate development.  He sold his first magazine illustration in about 1892 to the newly-created Vogue magazine, for which he was paid ten dollars.  By 1896 Gibbs was having some success as a professional illustrator.  In 1899 he began to draw illustrations for the Saturday Evening Post and in 1903 he published a portfolio of drawings called “American Sea Fights”.

Gibbs was active in the Washington Watercolor Club and the Society of Washington Artists (which had been formed in 1890 by the Art Students’ League). By August 1897 he was Treasurer, collecting contributions for a fund to open a gallery, which they succeeded in doing in November of that year.  Works by Gibbs and other Washington artists were exhibited in the new gallery at its opening.  By 1898, Gibbs was Vice President of the Society. 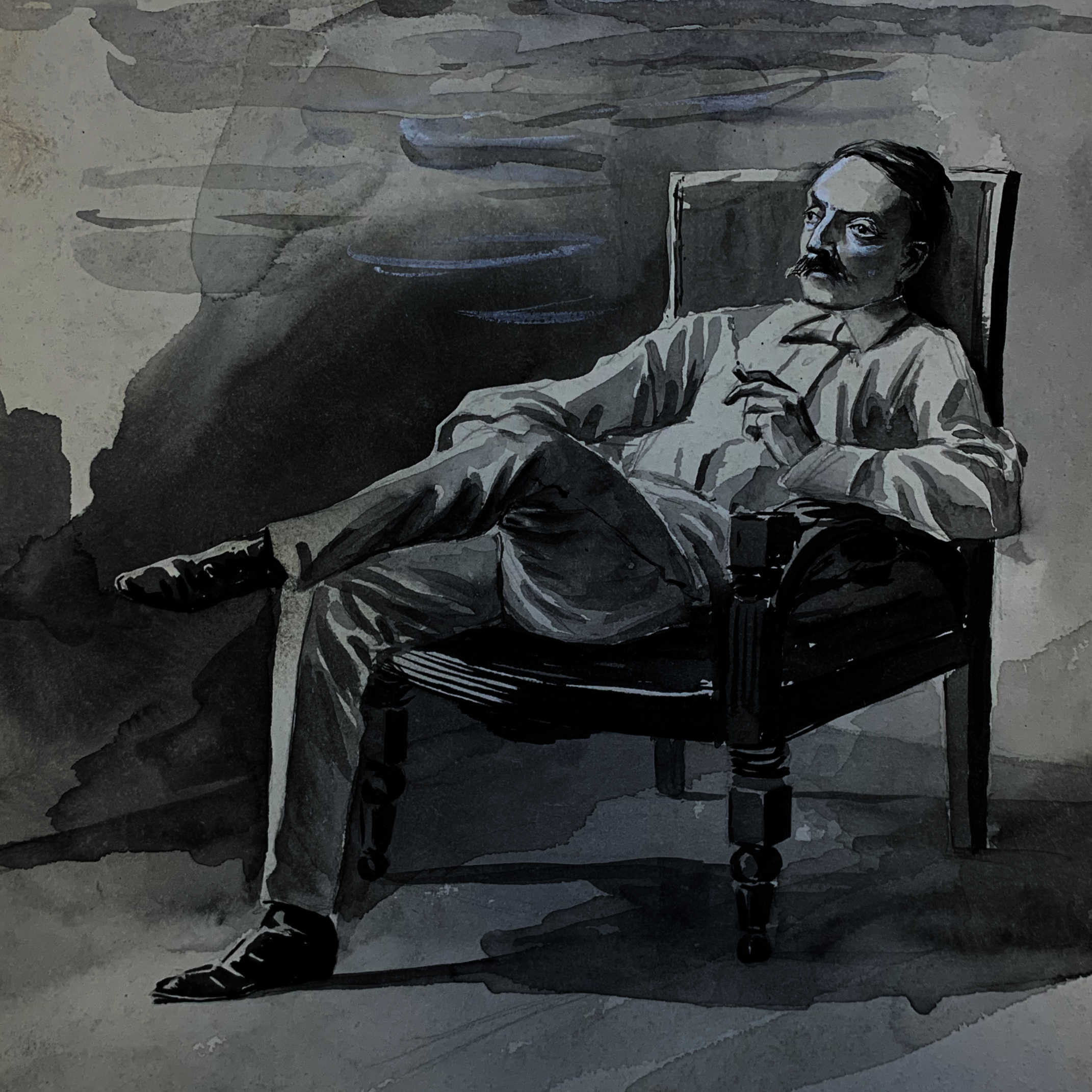