Jean-Louis Forain had much to say about social institutions, the foibles of his fellow man, about war and about courts of law. Forain was a cartoonist but also a serious interpreter of Biblical themes, inspired by Rembrandt. Degas liked to have Forain drawings about him and Toulouse-Lautrec admitted that he learned much of importance from the graphic work of Forain. 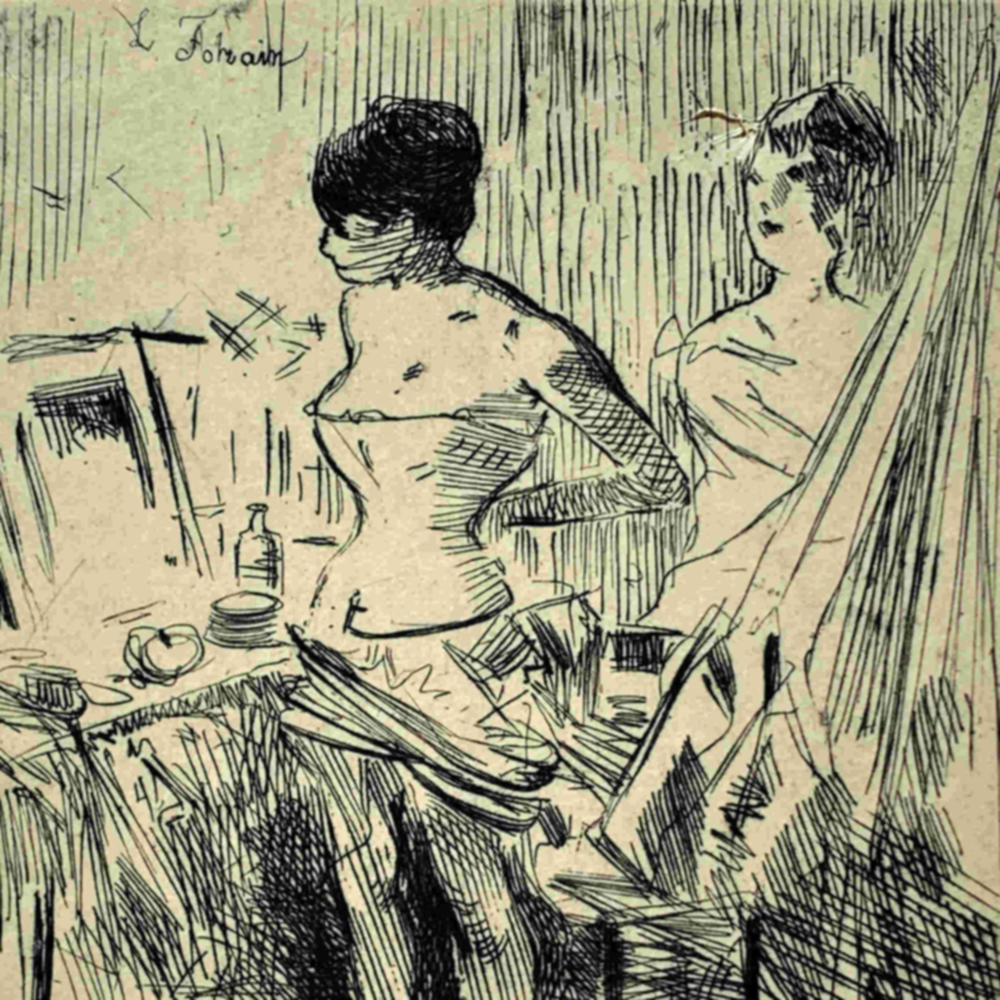