Since the 1970s, fearless conceptual artist Karen Finley has been foregrounding taboo issues surrounding sexuality, violence, celebrity, and the positioning of women in society in her no-holds-barred work. Known primarily for her searing performances, she also works in a range of other media, including music, writing, painting, and installation, choosing the method best suited to her ideas. Among the most famous of her many career-defining moments was her involvement in a lawsuit against the NEA, whose “decency clause” was invoked to cut funding of her work in 1990. Her projects, from subversively raunchy punk music rants to a public exploration that paired “sexting” with art consumption, provoke controversy and dialogue. For Finley, that means she is doing her job right: “I think that what the artist does is to subvert a thinking, to offer a different perspective,” she says. 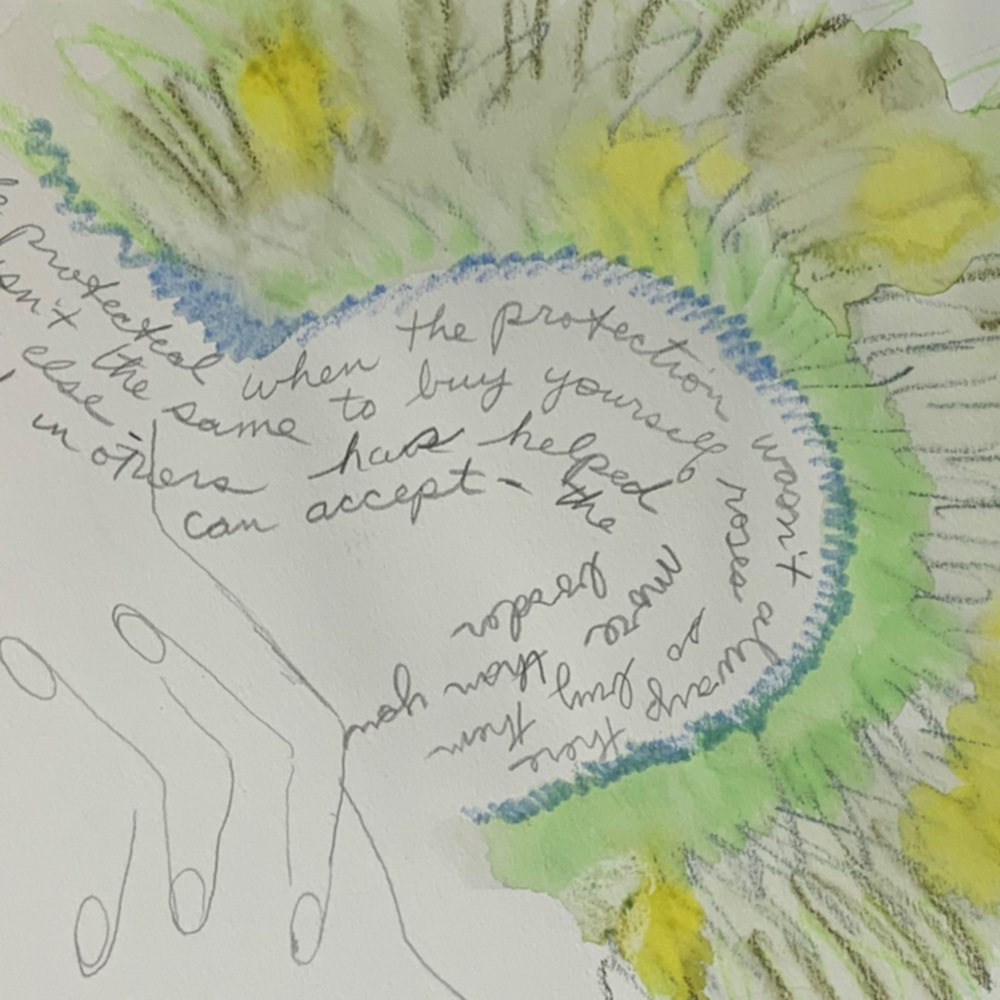 Untitled (It Isn’t the Same to Buy Yourself Roses)