Honoré-Victorin Daumier was a prolific French caricaturist, painter, and sculptor, particularly renowned for his cartoons and drawings satirizing 19th-century French politics and society.

Daumier received a typical lower middle-class education, but he wanted to draw, and his studies did not interest him. His family therefore placed him with an old and fairly well-known artist, Alexandre Lenoir. Lenoir was famous for having labored hard to save France’s historic monuments and sculptures from destruction during the French Revolution. Daumier’s time with Lenoir exposed him to major works of art, particularly that of Peter Paul Rubens, whom Lenoir favored.

Daumier’s grandfather and father both worked in Marseille as “glaziers”—that is to say, dealers in frames (or passe-partout pictures) and decorative tableaux that they painted themselves. His godfather was a painter. But when Daumier was seven, his father abandoned the business to go to Paris and, like so many Provençals, seek his fortune as a poet. He was presented to the king, Louis XVIII, where he enjoyed fame and favor for all of two weeks.  His fall from grace unbalanced him; he was confined, and ultimately died, in the Charenton asylum.

Daumier’s father’s breakdown forced Daumier to find work at the age of 13. His first job was as a messenger boy for a bailiff, introducing him to the world of law over which he would later spill much ink. He worked next as a bookseller’s clerk at the Palais-Royal. The Palais-Royal, with its arcades surrounding the garden, was one of the busiest spots in Paris, and there Daumier saw, parading before his employer’s window, all the characters of the Comédie humaine, about whom he would later talk with his friend Honoré de Balzac: not only men and women of fashion, intellectuals, and artists but also “captains of industry,” or swindlers, as they were commonly called—all of whom lent themselves to caricature.

Daumier’s art did not supply him with adequate income, so he began to accepted commissions for lithographs—portraits and cartoons of morals and manners.  The first of these dates to 1822, when Daumier was scarcely 15 years old. While of mediocre quality, Daumier’s early work was a superb apprenticeship.

In 1830, at about 22 years of age, Daumier began his satirical work.  He began producing busts and lithographs lampooning the types of people he had seen in his jobs as a young man. During the reign of Louis Philippe, Charles Philipon launched the comic journal La Caricature.    Philipon invited Daumier to become a contributor.  Daumier began his pictorial campaign of satire, targeting the foibles of the bourgeoisie, the corruption of the law, and the incompetence of a blundering government.

King Louis-Philippe generally tolerated jokes at his expense, but, when unduly provoked, rather than bring suit against a paper, he preferred to seize it, a procedure that meant ruin for its staff and financial backers. Once—and only once—during his reign did he deal severely with an offender.  In 1832, he sentenced Daumier to six months in prison following the second of Daumier’s attacks on him, in which Daumier caricatured the king as Gargantua. Daumier spent two months in the state prison and four months in a mental hospital, the king apparently wanting to show that one had to be mad to oppose and caricature him.

After his release, Daumier was never again indicted even though he continued to attack a regime, a form of society, and a concept of life that he scorned, while at the same time creating unforgettable characters. Daumier’s types were universal: businessmen, lawyers, doctors, professors, and petits bourgeois.

Soon after, the publication of La Caricature was discontinued but Philipon provided a new field for Daumier’s activity when he founded the Le Charivari.

In his drawings for Le Charivari, Daumier ridiculed bourgeois society through the figure of Robert Macaire, hero of a popular melodrama. In another series, L’histoire ancienne, he took aim at the constraining pseudo-classicism of the art of the period.  Around the mid-1840s, Daumier started publishing his famous caricatures depicting members of the legal profession, known as ‘Les Gens de Justice’, a scathing satire about judges, defendants, and lawyers.

In 1834 Daumier produced the lithograph Rue Transnonain for the magazine L’Association Mensuelle, depicting the massacre there during the riots in Paris earlier that year. The profits were used to promote freedom of the press and cover Le Charivari’s litigation costs. The police discovered the print hanging in a printseller’s window and tracked down and confiscated as many of the prints they could find, along with the original lithographic stone on which the image was drawn.

In 1848 Daumier believed the era of social justice for which he had militantly fought for 20 years had arrived, and he took part in the official competition for the representation of the republic that was to replace the portrait of the king in all the municipal buildings of France. His rough sketch was beautiful, and, had he agreed to complete the painting, he would have received the prize.

Daumier’s works are found in many of the world’s leading art museums, including the Louvre, the Metropolitan Museum of Art and the Rijksmuseum. He is celebrated for a range of works, including a large number of paintings and drawings, some of them depicting the life of Don Quixote, a theme that fascinated him for the last part of his life. 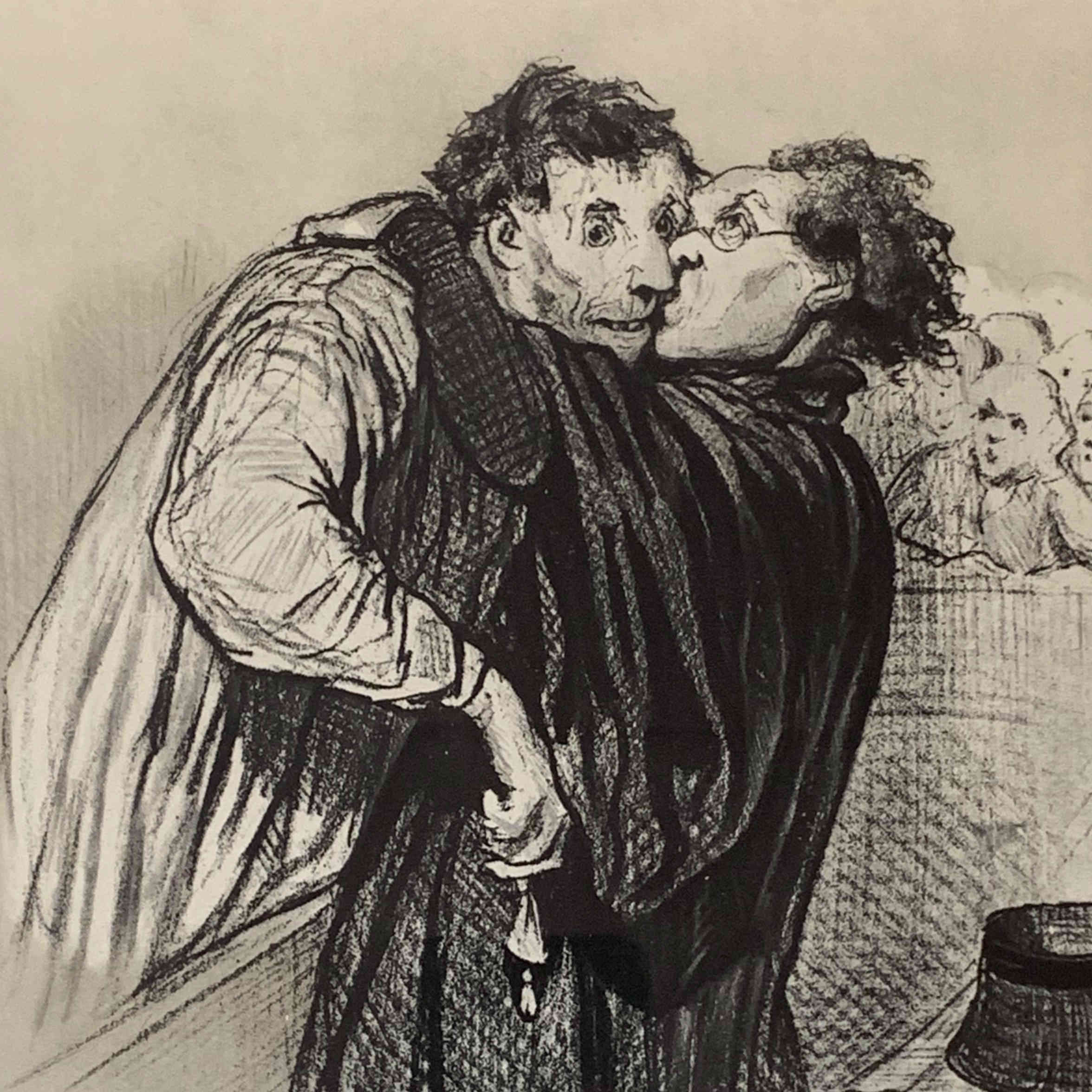 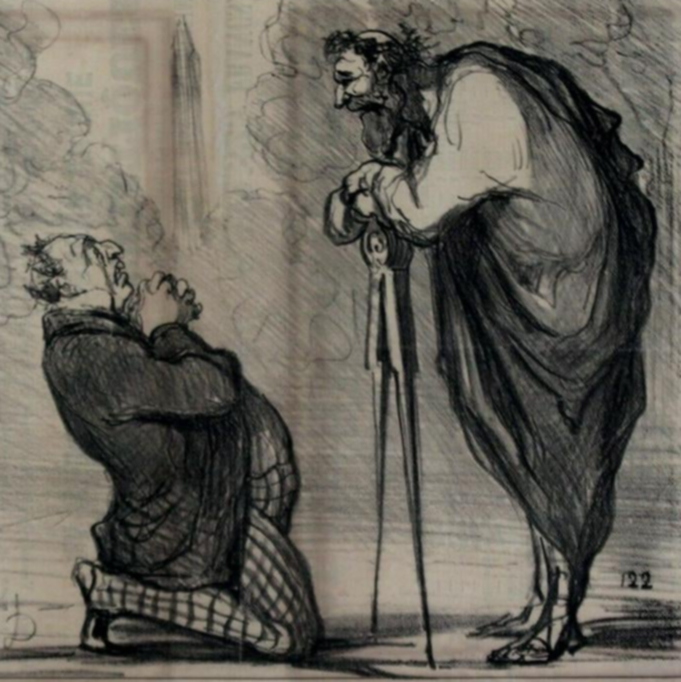 The Builder of the Leviathan 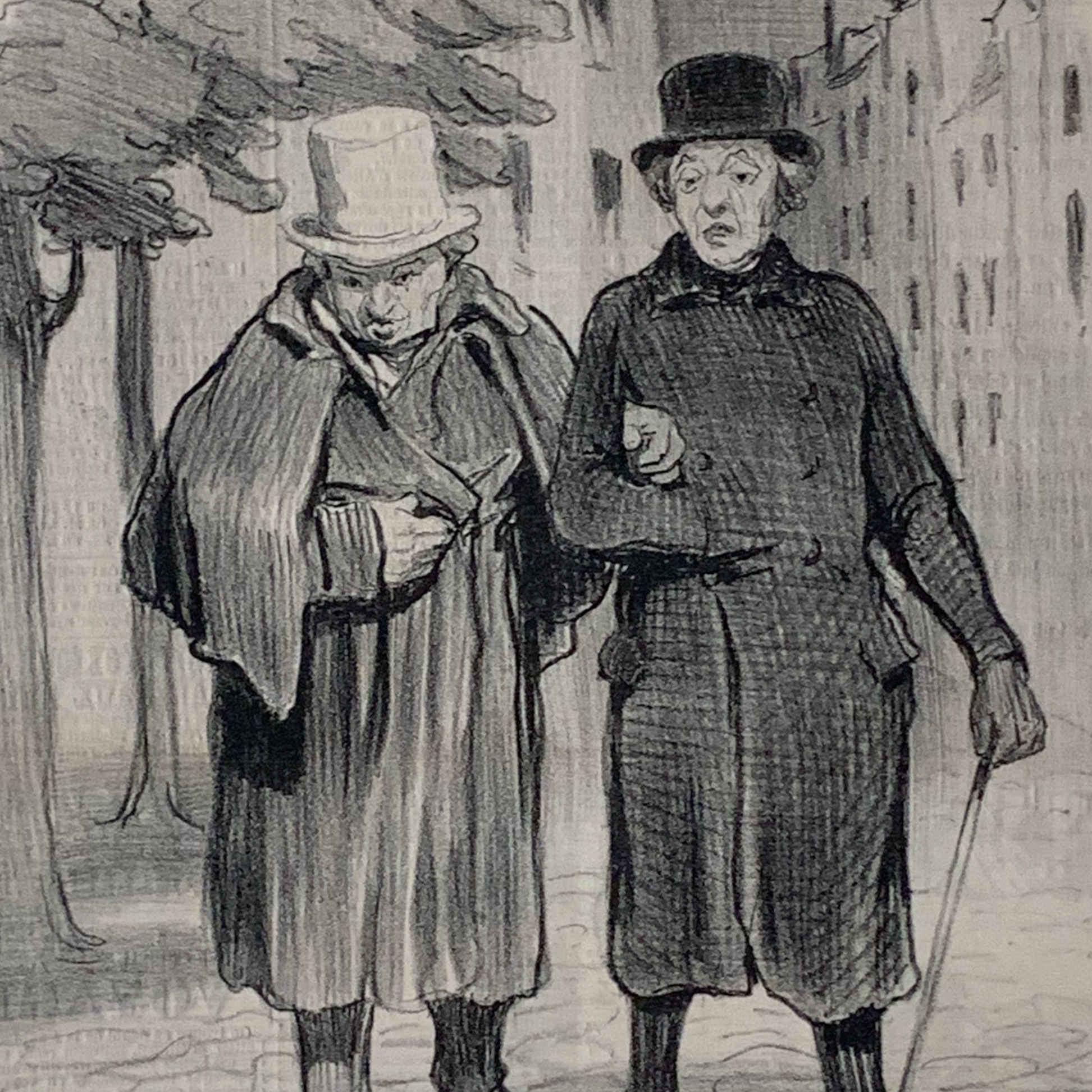