Mark Dassoulas was born and raised in Washington, DC.  His interest in art ignited during a lecture on Vermeer in an introductory art history course while he was a student at the University of Maryland.  Dassoulas’ father was a physicist and his mother a piano teacher; Mark envisions his work as reflecting the mind of a physicist and the heart of a musician.

Dassoulas has exhibited at Allied Artists of America, the Salmagundi Club Annual, and Grand Central Galleries, all in New York City, as well as at the University of Maryland, the Annual at Utah’s Springville Museum, the Bruce Museum in Greenwich, the Chicago International Art Exhibition, and Fendrick Gallery in Washington, DC.

Dassoulas has had a very clear trajectory in his work. He began painting in the 1980s with works of traditional realism, moving by the late 1980s to a more adventuresome contemporary realism in which he very plainly felt free to play with color, light, and space far more than can be found in traditional realism. In 1989 Dassoulas put his energy into painting flowers, each of which was a miracle of color study, and from there he put those flowers into the landscape with garden pictures. The next logical step was to landscapes more generally, but Dassoulas’ landscapes tended to be ethereal studies in light and form, not the figurative works one generally thinks of as a “landscape”. Dassoulas then took a turn to a more mystical place, painting a series of works which he called Natural Derivations. In these works, he retained the rhythms and patterns which he had been exploring in his “tonal landscapes” but to far more dynamic effect. That then gave way to his Landscape Cycle works of the early 2000s. 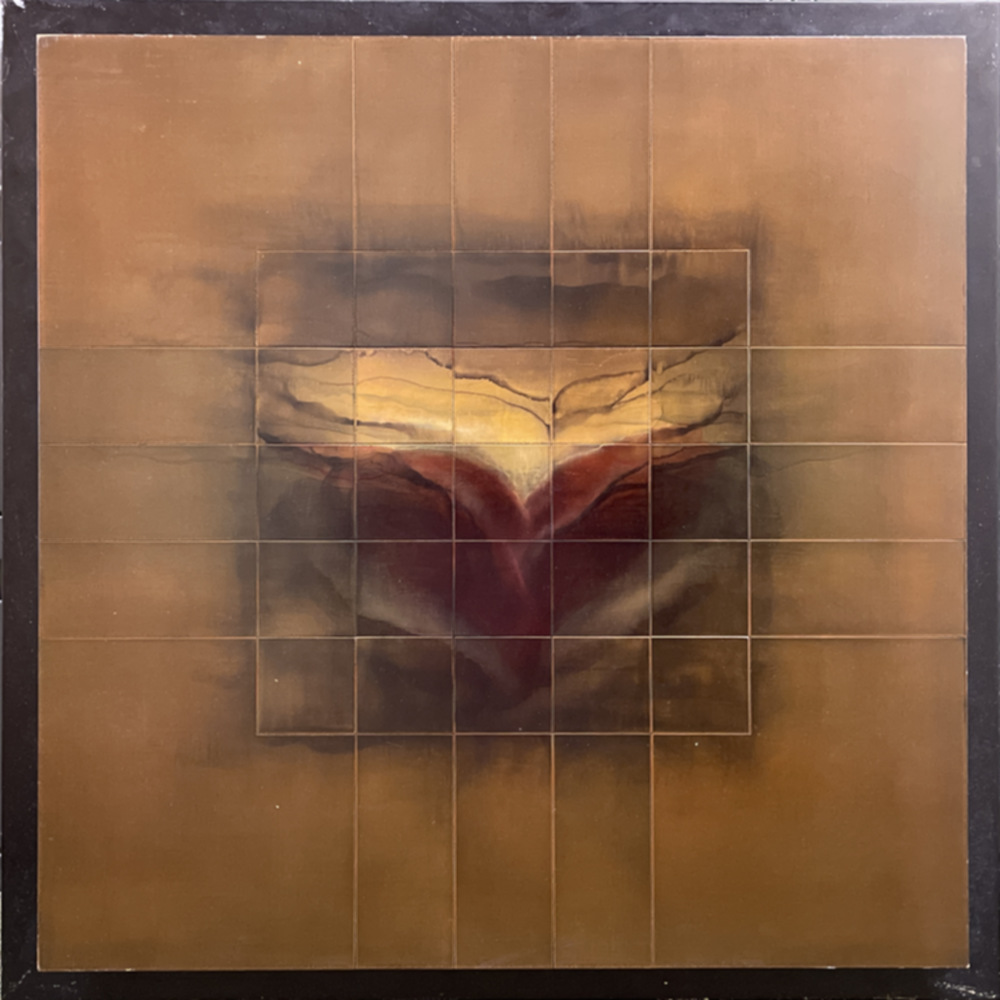