The painter, illustrator, and print-maker Domenico Cantatore, born in Ruvo di Puglia above the heel of the boot of Italy, first worked in Milan, where at age 23 he had his first solo show. A few years later, he moved to Paris, where he befriended Henri Matisse and Amedeo Modigliani, and quickly drew attention for his work. After his sojourn in Paris, Cantatore returned to Milan, and in 1940, he was appointed Professor of Figure Drawing at Milan’s Liceo Artistico, and that same year his painting Woman Dressing won the Premio Principe Umberto. He would later win the Premio Modena and the Premio Suzzara prizes. His work was exhibited at the XXIX Venice Biennale and the VII Rome Quadriennale. His work can be found at the British Museum, MOMA, and others. 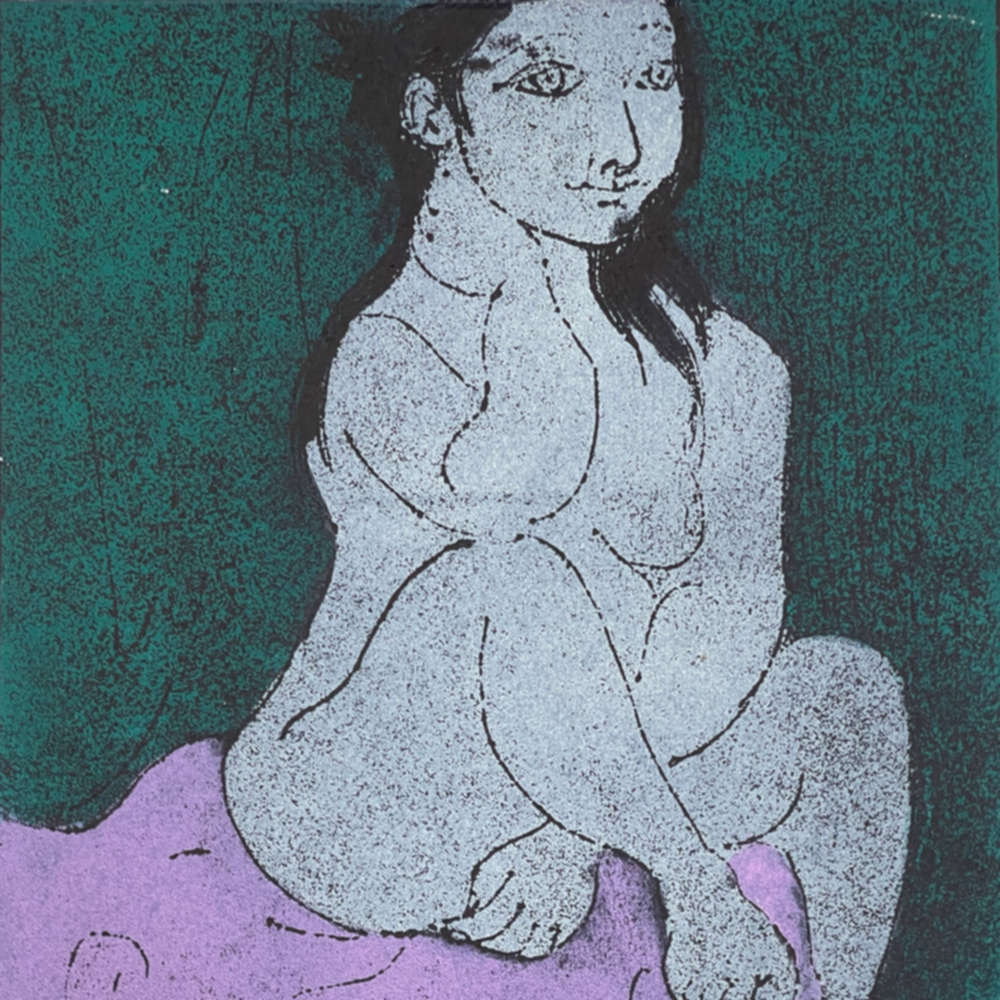