After Zevi Blum earned his architecture degree at Cornell in 1957, he worked as an architect while also making art through the 1960s. In 1966 he gave up architecture to devote himself full time to art. Coming full circle, he rejoined Cornell in 1971—and remained on the faculty there for 33 years, retiring as an Emeritus Professor.

Blum worked primarily in pen & ink, watercolor, and etching. He often drew his finely detailed and fanciful images in one pass, with little or no reworking. His technique is painstakingly precise, and every little line of detail is given equal attention.

One of the nation’s finest etchers, Blum’s breathtaking etchings take the viewer into new worlds. Blum was known for the magical realism in his work and was a skilled satirist, depicting subjects topical and political, and often incorporating medieval characters in his works. His etchings are both a satire on the pointlessness of man’s activities and a paean to man’s fantastic inventiveness. Zevi’s work was erudite without becoming pedantic and satiric without becoming dark or caustic. 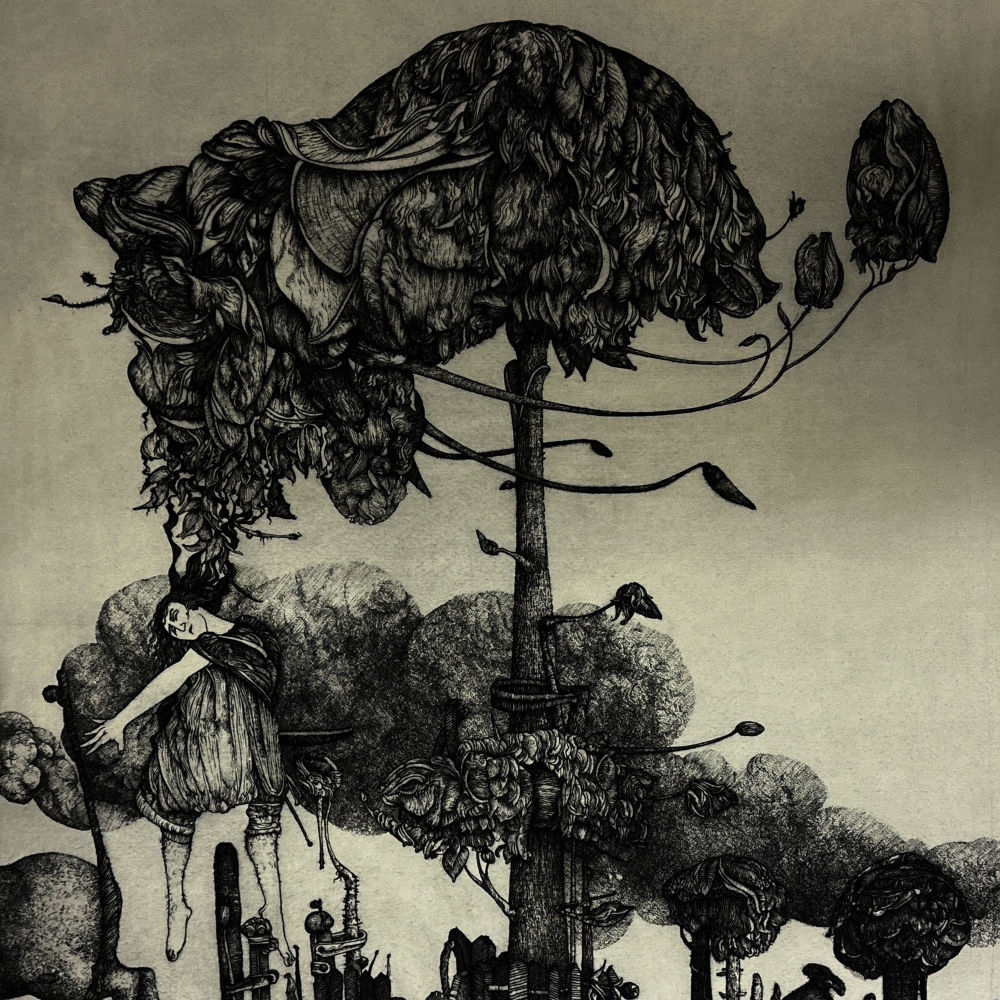