Alfred Bendiner was raised in a cultured Orthodox Jewish household in Philadelphia.  After high school, he won a scholarship to the Pennsylvania Museum School but left after only a year to enlist in the Students’ Army Training Corps at the University of Pennsylvania during World War I.  His service earned him automatic admission to Penn, where he earned bachelor’s and master’s degrees in architecture.  He had a long career as an architect, working for Paul Phillipe Cret for about eleven years and spending the remainder of his career in his own practice.

In addition to his year of study at the Pennsylvania Museum School, Bendiner also studied art at the American Academy in Rome.  While he worked successfully as an architect for his entire working life (and examples of his work remain standing today), he was better known for his artistic work, which was often interwoven with his writings.  For example, from 1938 through 1946 he worked as a music critic for the Philadelphia Evening Bulletin, accompanying each of his reviews with a caricature of the featured musician, which he would draw while the performance was ongoing.  These works were enormously popular, and he would reissue them as lithographs (and, in 1952, collected in a book).  Bendiner’s whimsical caricatures of various personalities earned him the title of “the Hirschfeld of Philadelphia.”

He was an inveterate traveler.  In 1937 he took time off from architecture to do archaeological drafting in Iraq and again in 1960 in Guatemala (both University of Pennsylvania expeditions).  Over his lifetime he toured the world, always accompanied by his wife, Elizabeth, and his miniature paint box, brush, and tiny bottle of water, which he tucked away in his vest pocket.  (He was known to use wine, coffee, and spit if he ran out of water.)  For example, while doing precise illustrations of architectural sites and objects, he would also draw whimsical caricatures of the people he knew at the sites. Bendiner spontaneously captured activity around him on any available surface, including napkins, tablecloths, and menus.

Bendiner did illustrations for Holiday and Scribner’s magazines and also for numerous scientific publications.  His cartoons appeared in the Philadelphia Evening Bulletin and he wrote and illustrated numerous travel articles that appeared in the Philadelphia Gazette, Philadelphia Record, and the Washington Times Herald.  He wrote and illustrated humorous books based on his personal experiences and family history. He authored an essay, How Frank Lloyd Wright Got His Medal, for Harper’s Magazine which was later published in literature textbooks. He wrote two articles for the Atlantic.

Bendiner was an accomplished muralist.  His first mural commission was for Gimbel Brothers Department Store in Philadelphia, in 1952, depicting Sergei Rachmaninoff’s performance as piano soloist in his Symphony No. 3 with the Philadelphia Orchestra 1939. Fidelity Bank commissioned Bendiner to paint twin murals for its Rittenhouse Square branch, and he painted murals for the offices of Blue Cross of Greater Philadelphia and the University of Pennsylvania Museum.

Bendiner had numerous exhibitions of his work, and his work is found in numerous important collections.  The Smithsonian holds five Bendiner works in its collection and the Pennsylvania Academy of Fine Arts holds more than two dozen of his works. 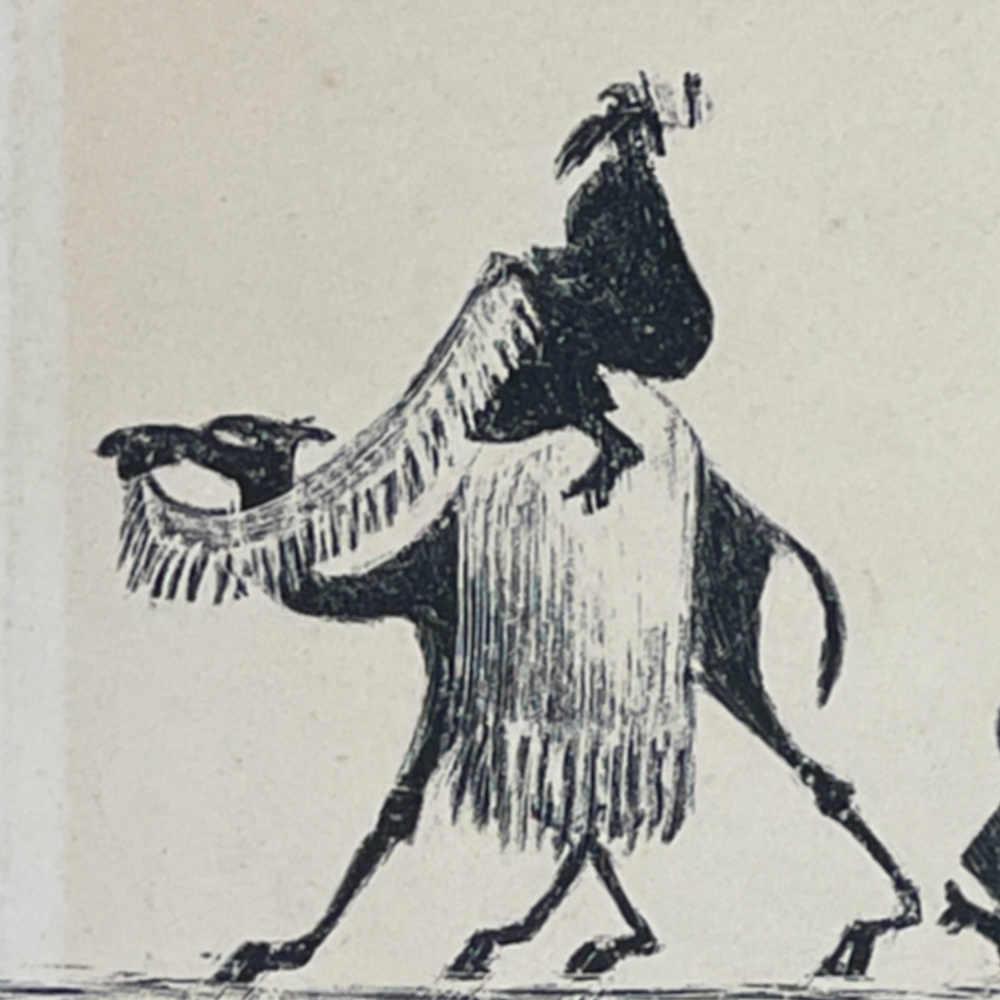 Master of the House