Washington artist Howard Chesner Behrens was an inveterate traveler, and his travel animated his art:

“I feel a tremendous amount of excitement facing a new canvas. This energy comes from the thrill of transforming it into a recollection of my travels to the world’s most beautiful and romantic places. As an Expressionist, I paint fast while the passion for the painting is very strong. For me, the paint is the subject matter just as much as the image. I love the juicy chunks of color that I can translate to canvas with my palette knife.”

Behrens’ work is about color and light and beauty of place.  He focused on capturing the “essence” of the places he visited.  His work was extraordinarily popular among cruise-ship buyers—which is not to say that it lacked merit or was common work.  His work is clearly that of an expressionist but still guided by the classicist’s sense of order and composition.  He is widely considered to be among the most skilled of artists who work with a palette knife.

Behens had more than 150 solo shows during his productive years from 1980 through about 2000.  His “Tribute to Monet” series was exhibited at the Embassy of France in Washington, D.C., and he was an official artist for the 2002 Winter Olympics.  His work was among the favorites of the late George and Barbara Bush.

Behrens earned both his Bachelors and Masters degrees in Fine Art from the University of Maryland. 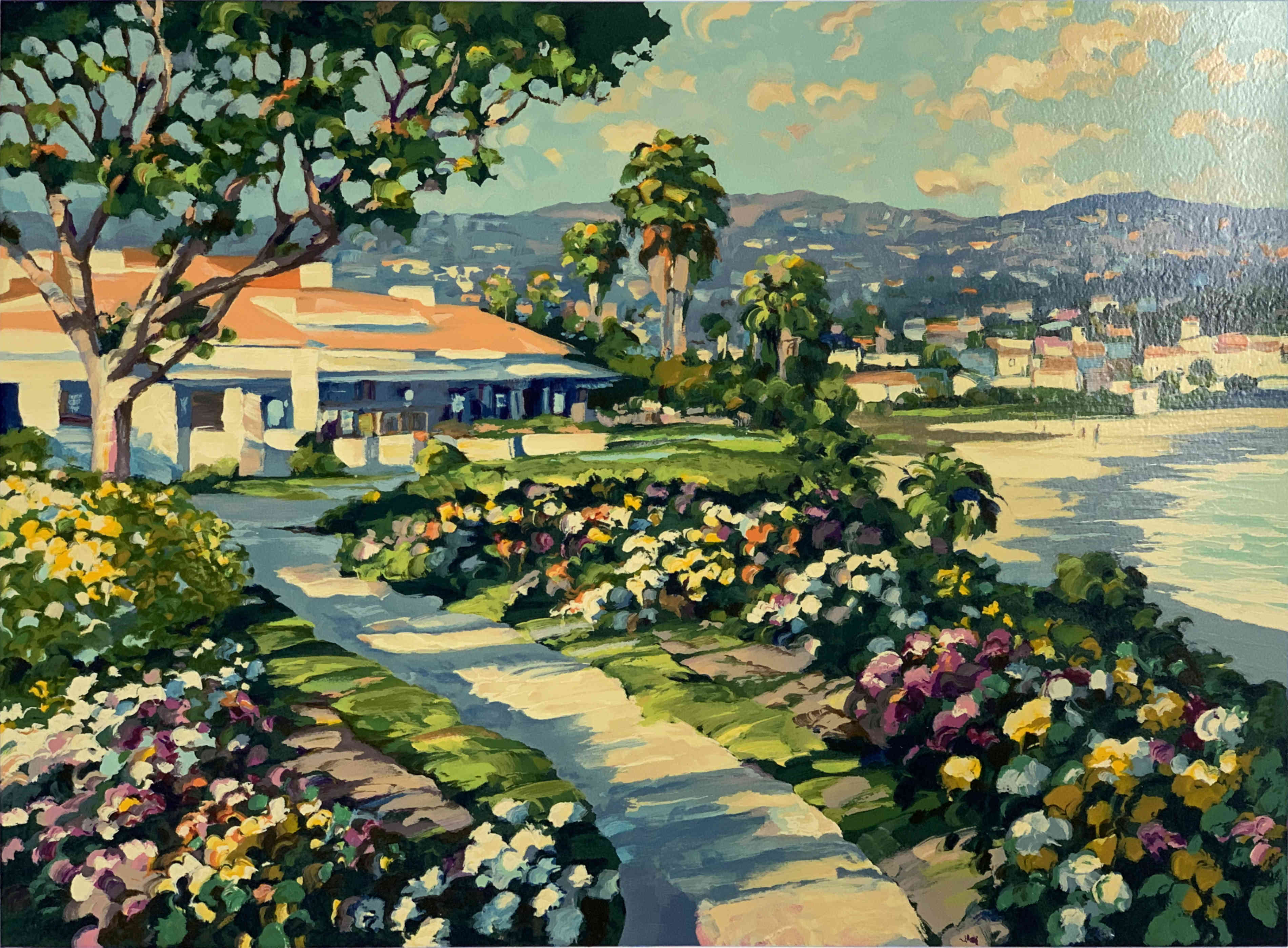